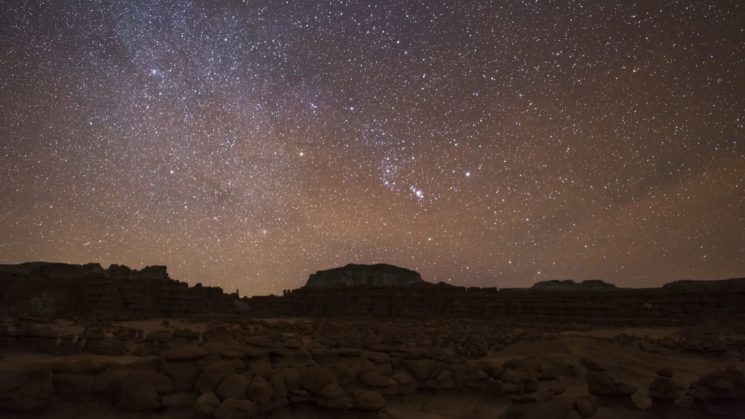 A little while ago, we showed you a video from photographer Sriram Murali. In it, we saw how different levels of light pollution affected your view of the Milky Way. He went to various areas where the sky ranked between 1 (the darkest skies you can get) and 9 (inner city sky). The problem was, not many people have ever really seen the milky way. Even in a super dark sky, it’s very difficult to make out with the naked eye.

So, Sriram has put together another video, focusing on a more familiar sight. Something easily visible to our eyes. The constellation of Orion. His purpose for creating the followup was to help further raise awareness on light pollution. There’s very little of our planet that doesn’t suffer from it now, which makes seeing the night sky extremely difficult. And while the Milky Way is more impressive to a camera, it’s not a scene that many can personally relate to.

Again, Sriram goes through skies of varying brightness on the Bortle Scale. The video begins with San Franciso, which ranks 8 on the Bortle Scale. It has a lot of light pollution, which makes all but the brightest stars invisible. The three stars that make up Orion’s belt are clearly visible, as are a few other random spots of light. But beyond that, not much, really. 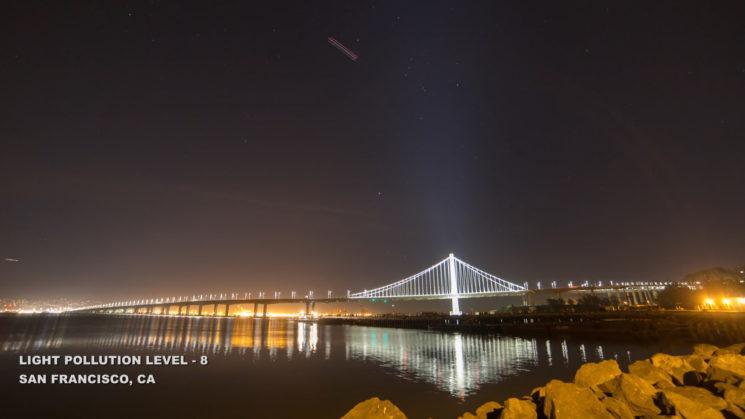 This is the sparse sky that many of us near big towns and cities will be used to seeing. There’s just so much light pollution from the ground that we simply can’t see most of the stars. The light coming from the ground and reflecting through the atmosphere is just too bright for the dim stars to shine.

As we start to move away from big built up cities, the starts start to become a little more visible. While there is still light emanating from the ground, and bouncing off clouds, the sky still gets very dark as you go up the sky. So, you can open up your exposure to let more light in, and see more stars. To the human eye, our pupils would adjust, and we’d also be able to see more skies directly. 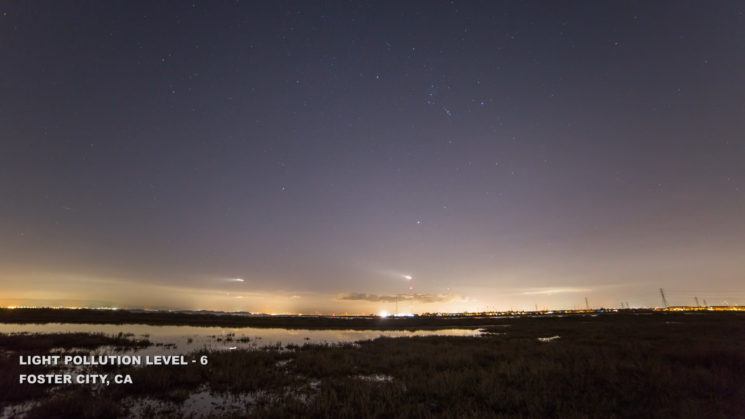 Once you start getting to level 4, the sky becomes a pincushion of light. With bright specks everywhere. This is about the best that most people have ever seen. Usually, we just get out of reach of one city’s light pollution before we come upon another. 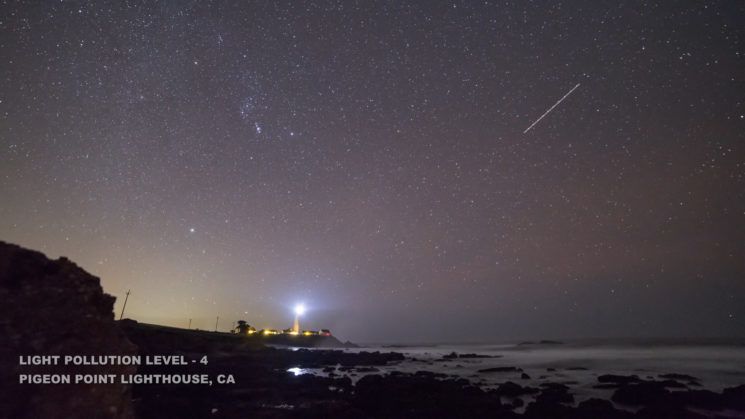 The darkest skies, though are level 1 no the Bortle Scale. Here, the sky is awash with colour and pinpricks of light. In fact, the sky is so dark, that Orion is difficult to make out amidst the huge numbers of now visible stars. 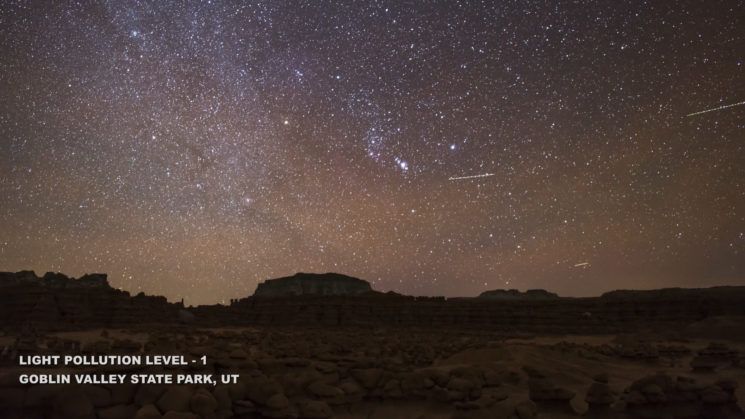 How much can you see when you look up to the sky at night?