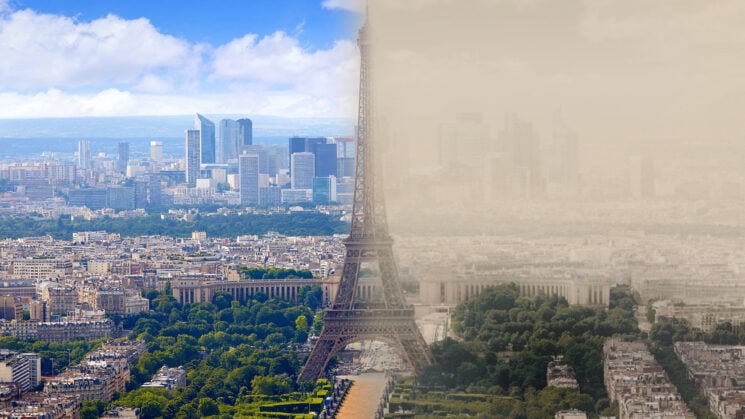 We have talked a lot about light pollution and how it affects the view of the night skies. But have you ever considered how much air pollution affects us as photographers? Of course, it’s above all terrible for our health, but its bad impact stretches way beyond that. It even affects how we see the world around us – if we even manage to see anything through the smog.

Wanting to draw attention to the quality of the air you breathe, HouseFresh wanted to show you how ten famous views could look if local human-made air pollution levels increase. And it’s not only a hypothetical scenario – the levels of air pollution they applied in the study actually exist, so it’s not some fantasy world or era. It’s the ones we already live in.

According to a recent study, half the world’s population is exposed to increasing air pollution. I could share with you the pollution levels in my hometown in the winter months, you’ll be surprised how I’m still breathing. Actually, here’s one screenshot I saved. Now let me tell you that this isn’t the worst result we had over the past six months, nor is Novi Sad the most polluted city in Serbia. You do the math.

Levels of air pollution are determined by measuring the level of the PM2.5 particles in the air. As a reference for this project, the team used the air pollution levels of Ghaziabad, India, frequently ranked as the “most polluted city worldwide.” In fact, it holds the strong second place for the most polluted city in 2021, according to IQAir.

The team emulated the visual effect that air pollution has on the skyline of Ghaziabad, as well as ten other landmarks: 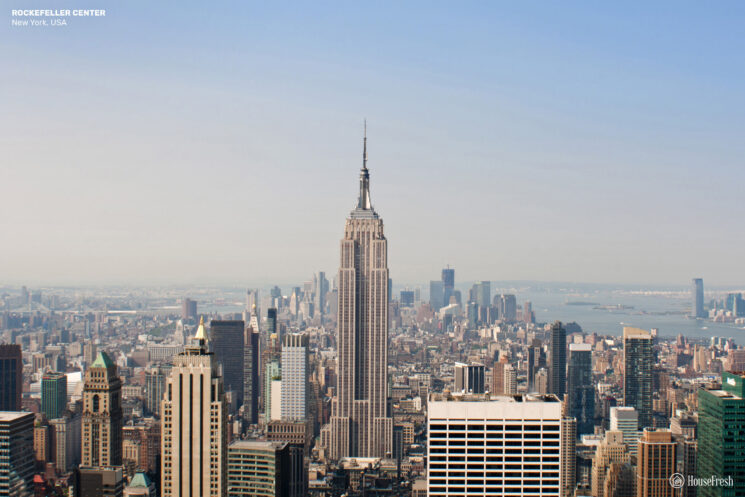 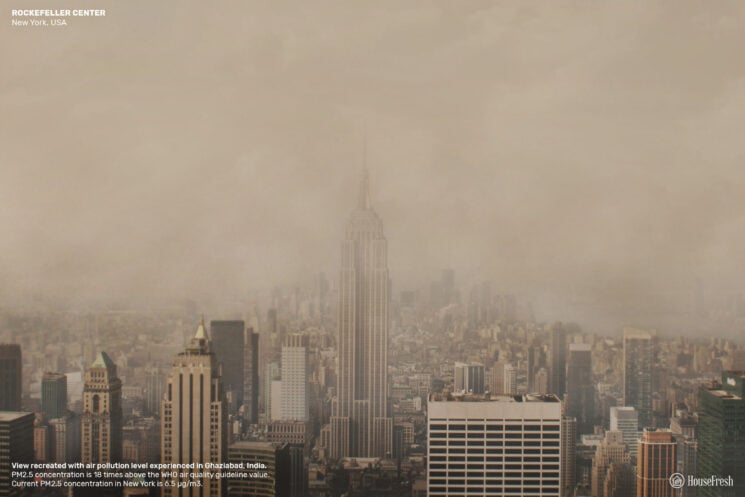 Even though the comparison photos you’re about to see are just emulations, their impact is awakening and sobering. Since air pollution is getting worse globally, this could become our reality faster than we may think. I sometimes feel like I’m already living in the early stages of Mad Max world, and these photos sure remind me of it. So, take a look, and make sure to do what you can as an individual to take care of our beautiful planet. 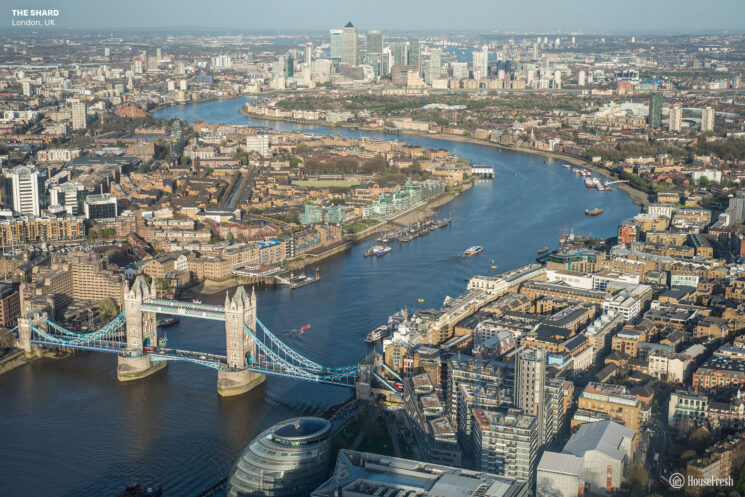 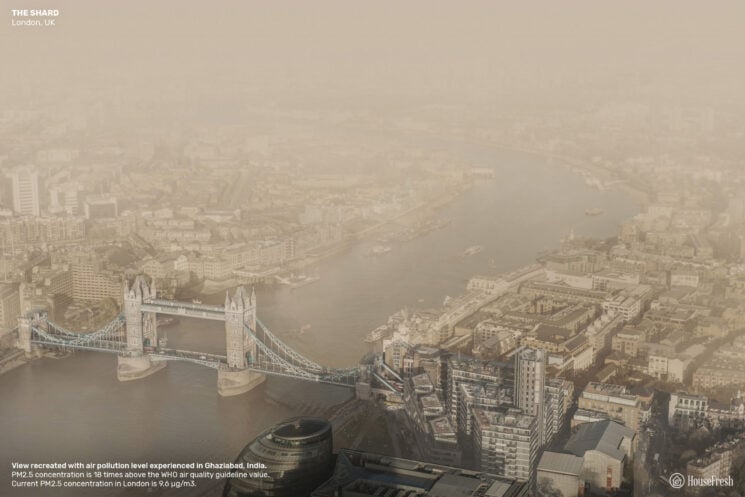 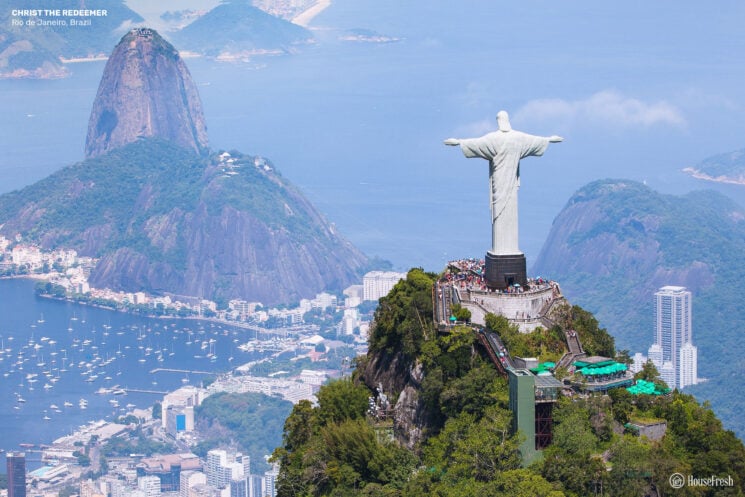 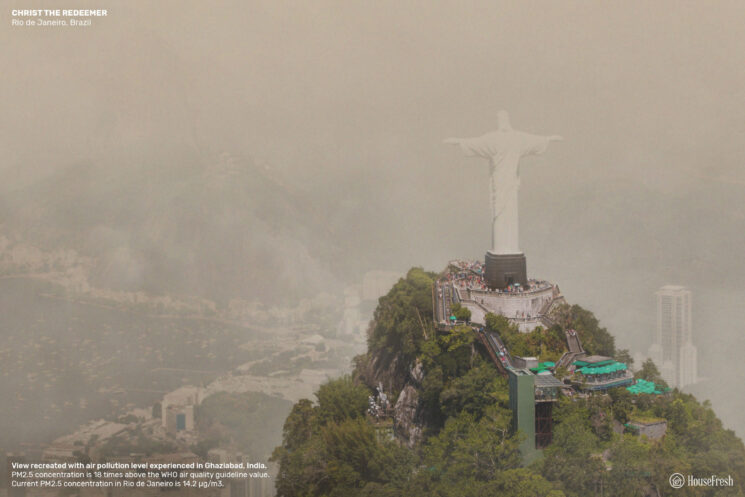 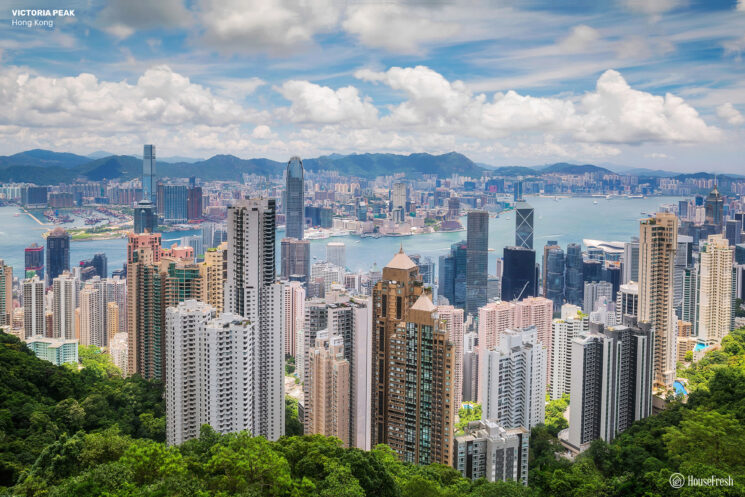 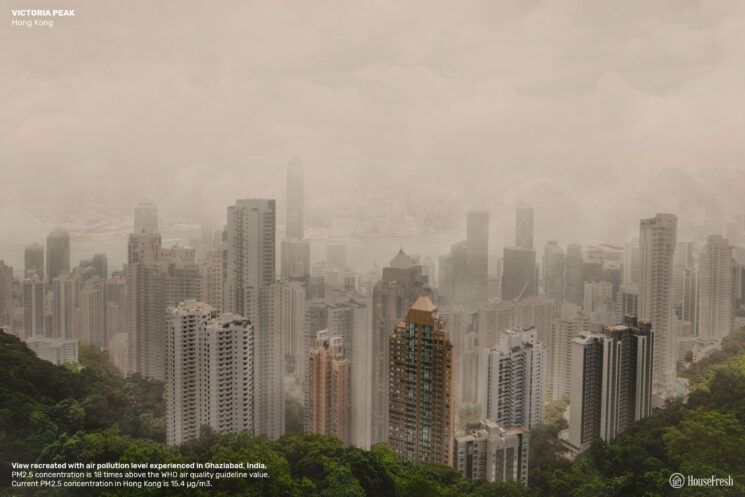 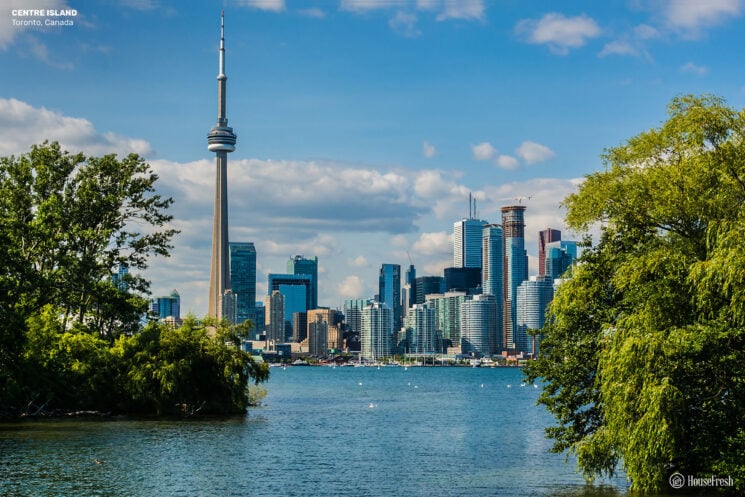 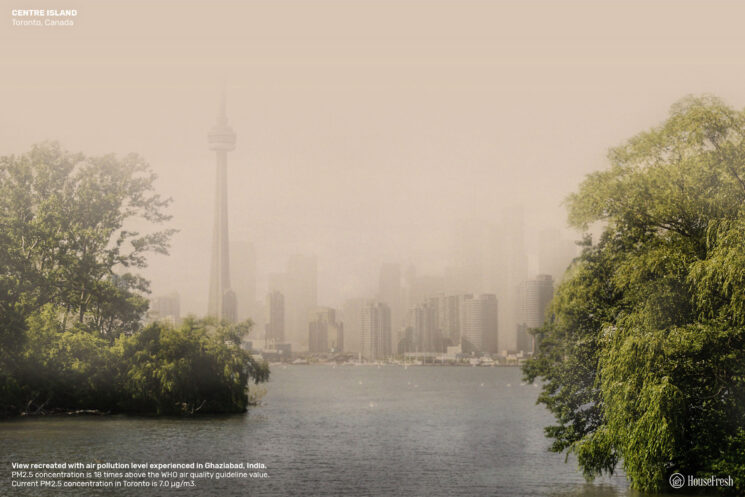 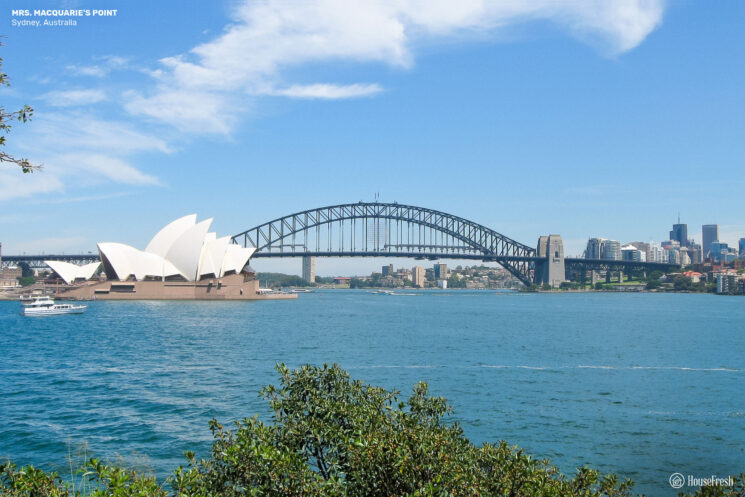 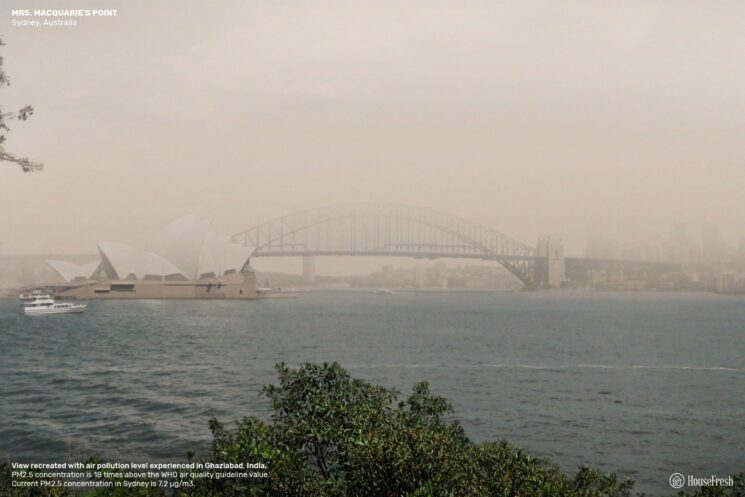 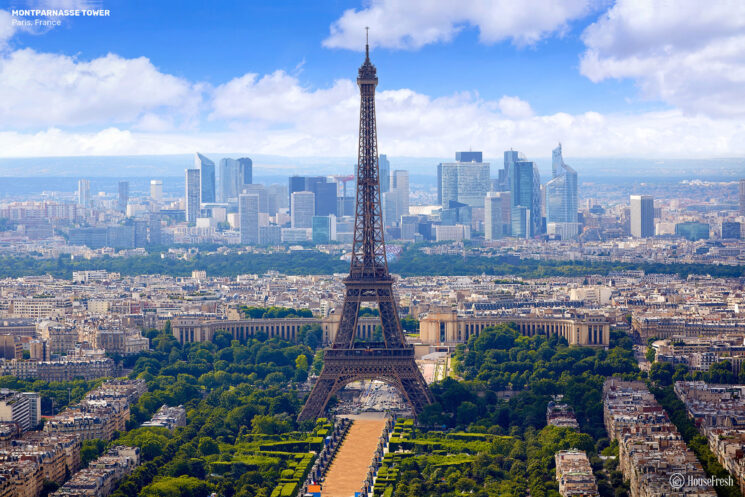 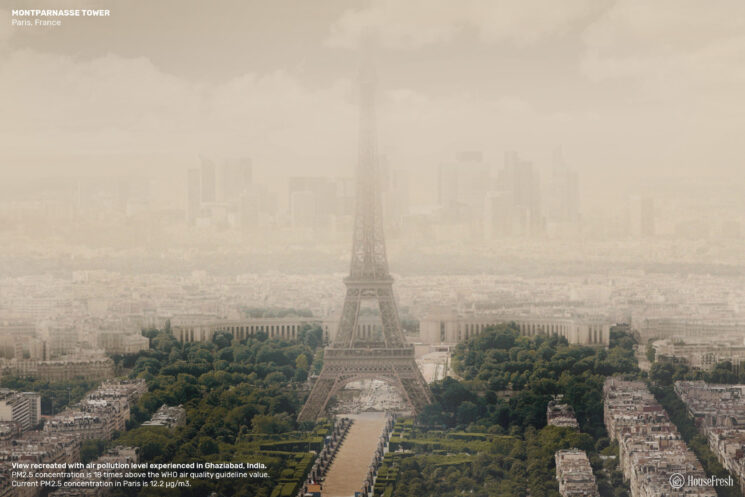 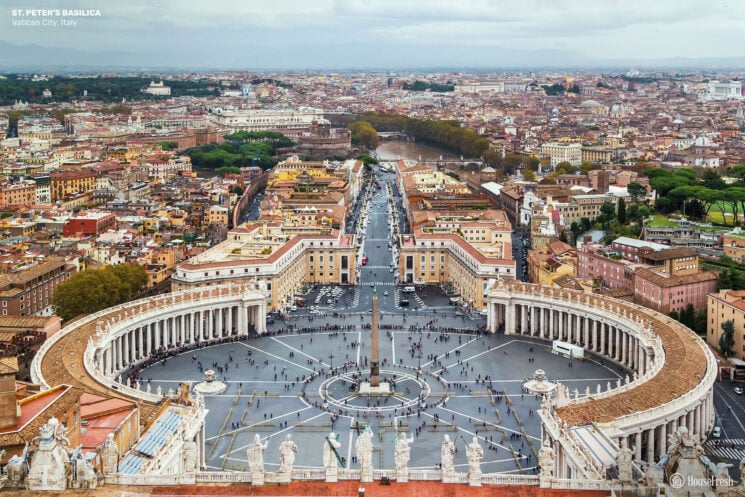 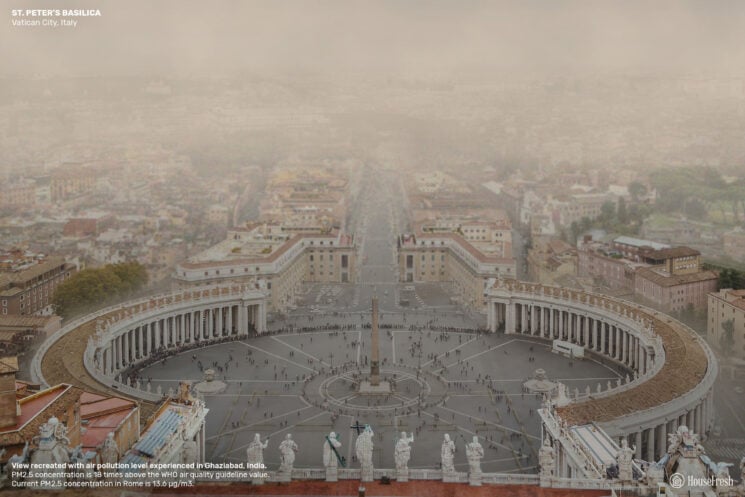 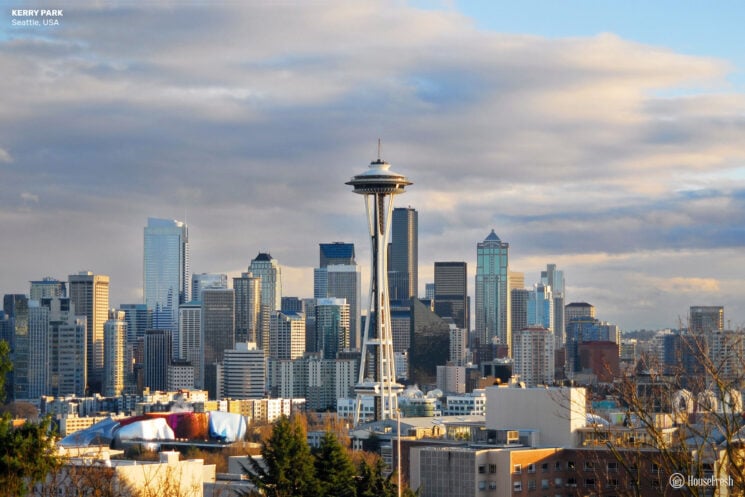 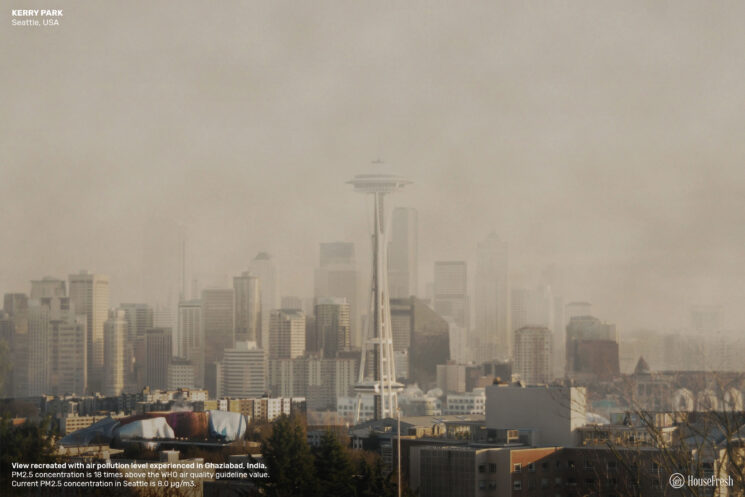 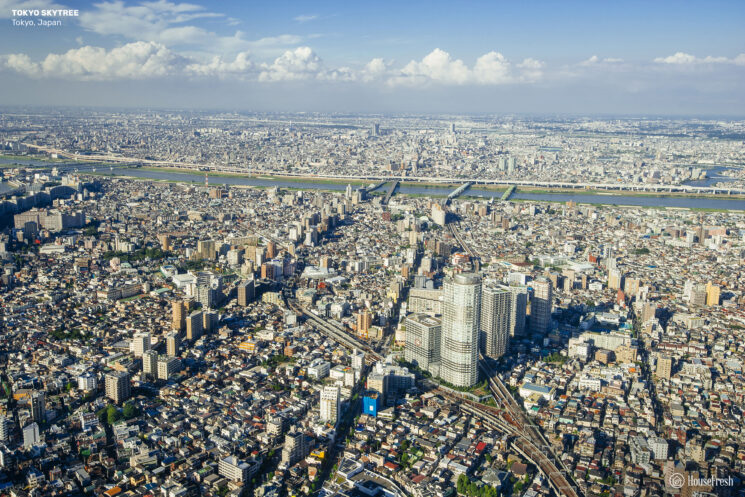 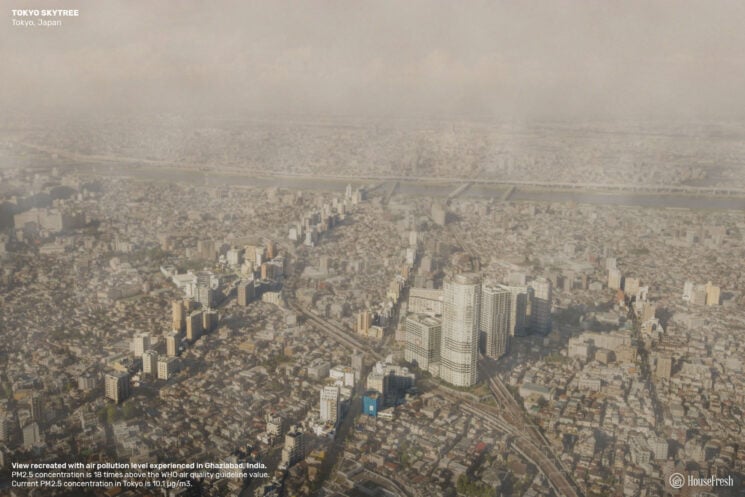