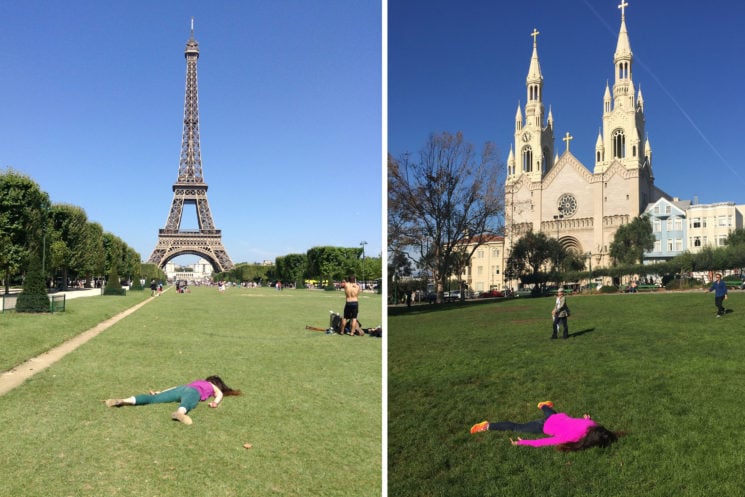 When you visit a famous landmark, the first thing you’re likely to see is a horde of tourists snapping selfies all over the place. Artist Stephanie Leigh Rose visits these landmarks, but she takes anti-selfies: weirdly hilarious images in which she plays dead. She brings them all together in the project titled STEFDIES and it’s a stance against selfies and the mindless self-absorption they carry with them.

As Stephanie explains, STEFDIES is “a photographic performance art series that chronicles a life.” Her anti-selfies strive “to get back to the roots of what a photograph was intended to be- a captured moment in time.”

“The series provokes discussion on mortality, the function of photography, and stirs the imagination. Nothing is premeditated or prepared in these photographs, the shot is captured in the moment as it occurs.” 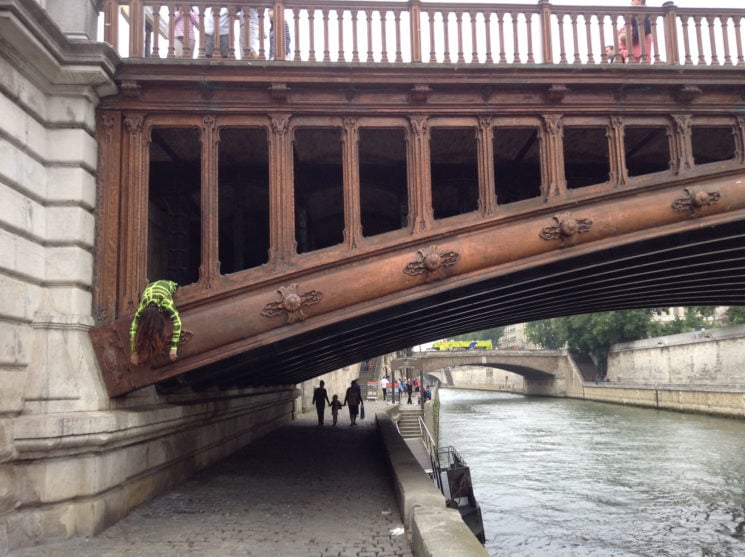 When shooting these photos, Stephanie doesn’t use any special gear or lighting, and there are no special conditions for shooting. Unlike selfies, where people tend to pose for a while and try to find the angle from which they look best, when Stephanie sees a moment or a place she happens to find particularly provoking, she just plays dead and takes an anti-selfie for her STEFDIES project.

“That is the beauty of this series, each photo is just a blip in a day. Nothing less, nothing more. It is the truest sense of what I believe photographs should be- tangible physical proof that ‘I was here.’” 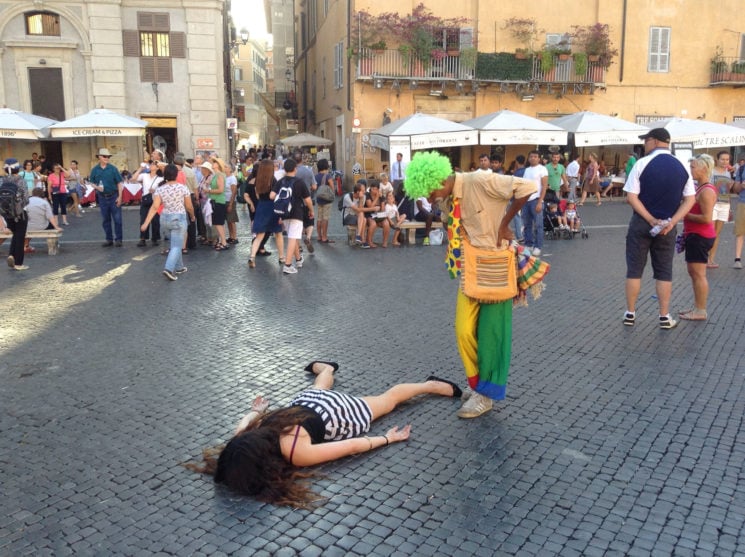 STEFDIES on the Clown’s turf 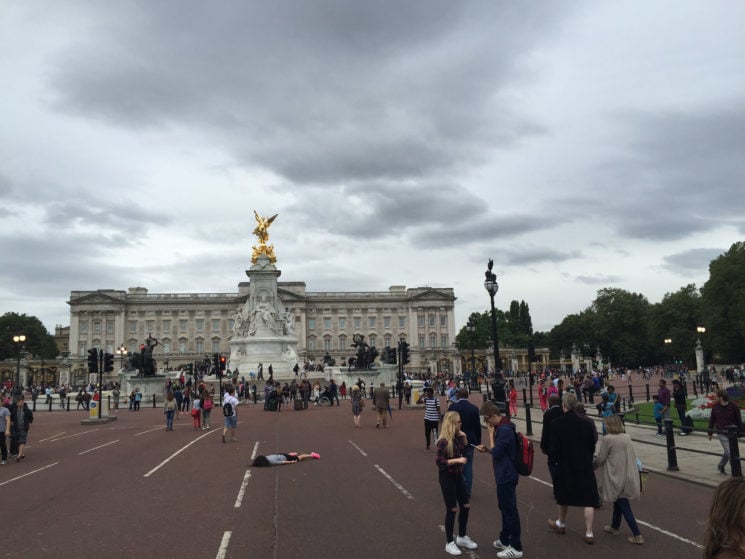 STEFDIES at Buckingham Palace in London

I love it how in some photos people are staring at Stephanie, and you can read the “What the hell?” written all over their faces. But for me, although these photos are wacky, they are way more fun to see than regular selfies. After all, I like wacky stuff. On the other hand, it’s kinda concerning that, in some photos, people don’t seem to pay attention to her. Would it be the same if something actually happened to her? Maybe it also tells us something about the self-absorbedness of people today. 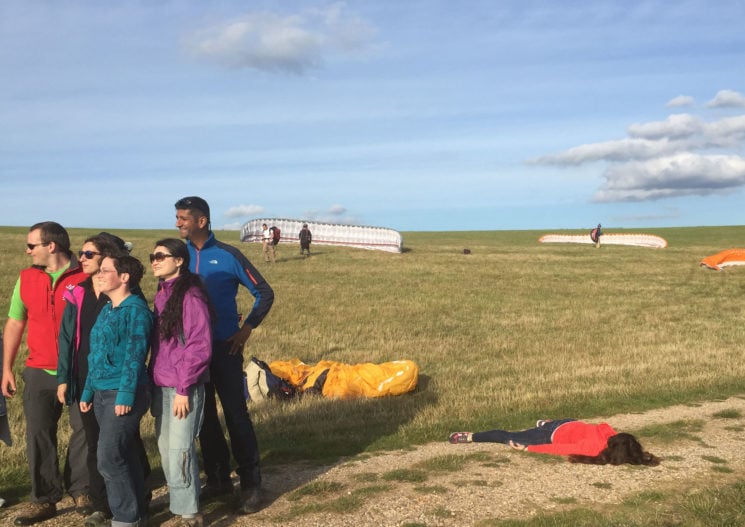 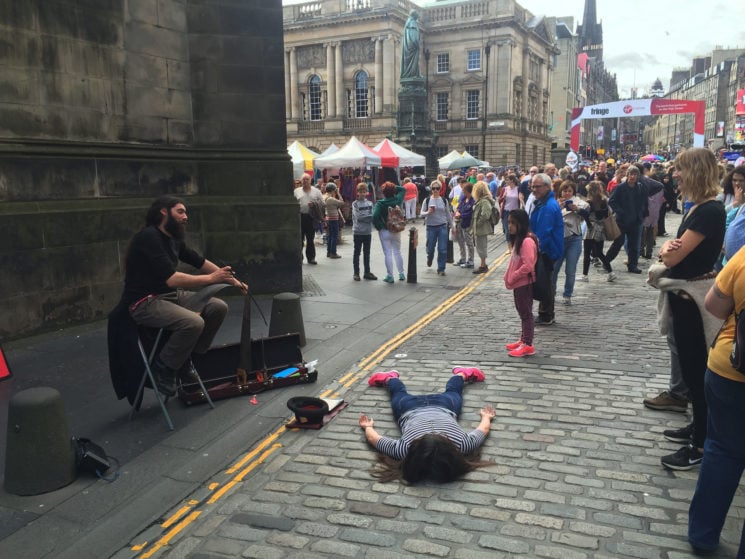 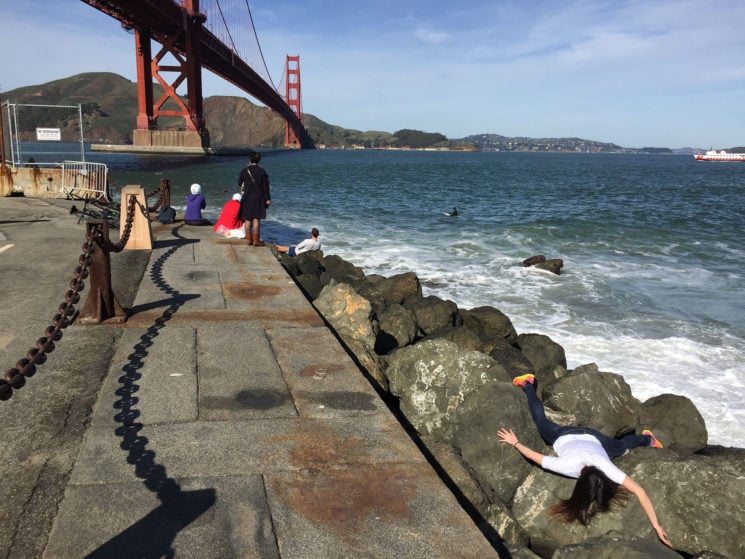 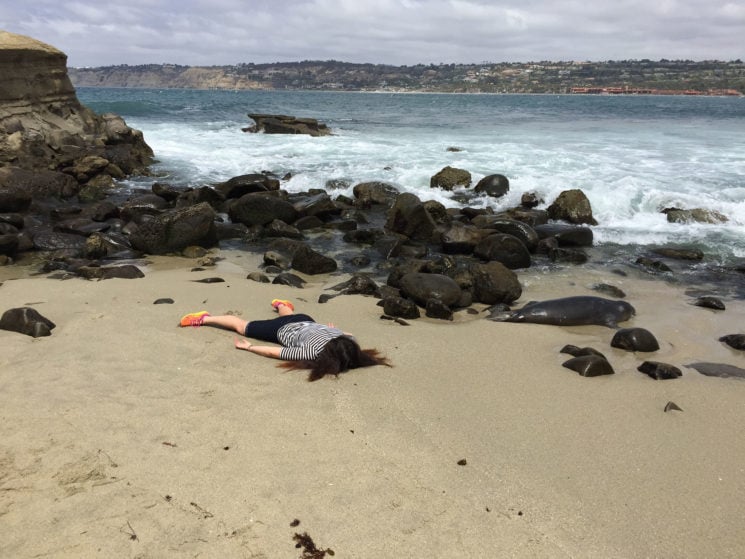 STEFDIES with a sea lion in San Diego 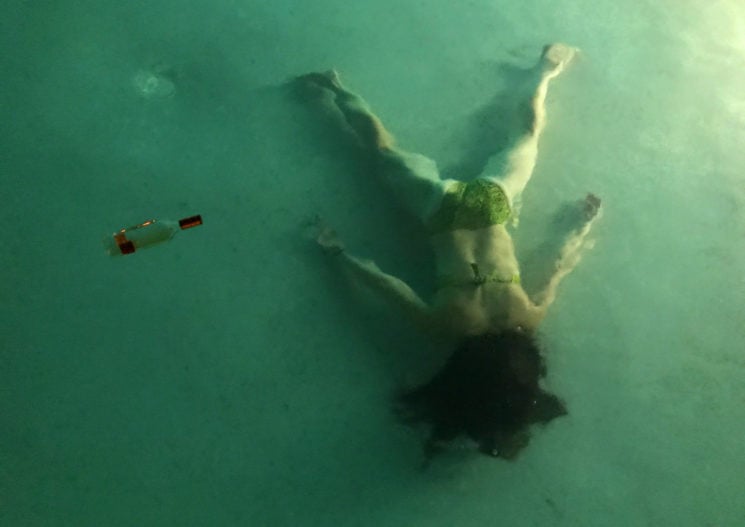 STEFDIES in the swimming pool

STEFDIES with a sea lion in San Diego 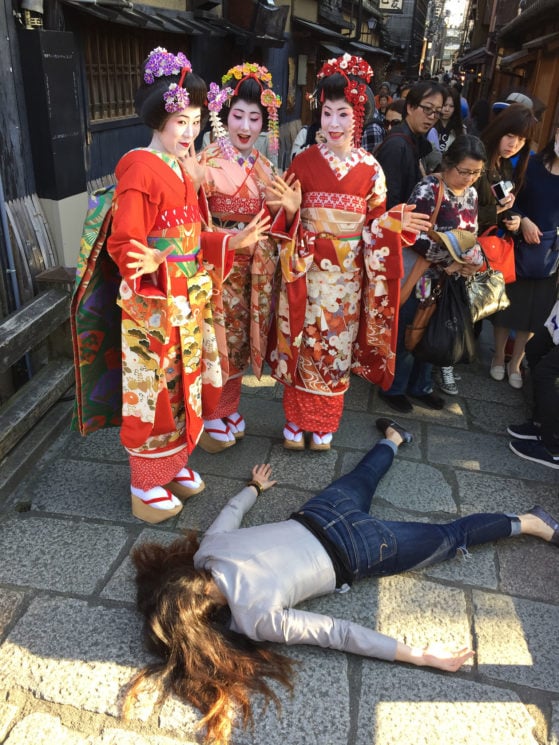 STEFDIES in Kyoto with Geishas 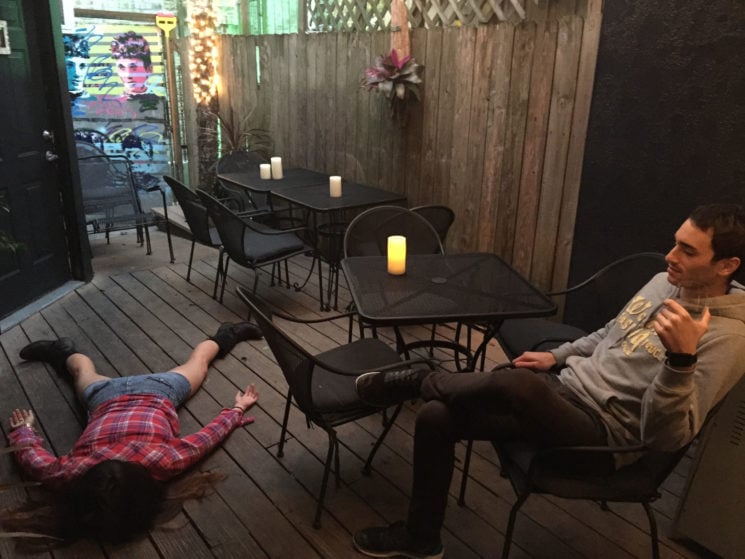 STEFDIES in a New Orleans Winery 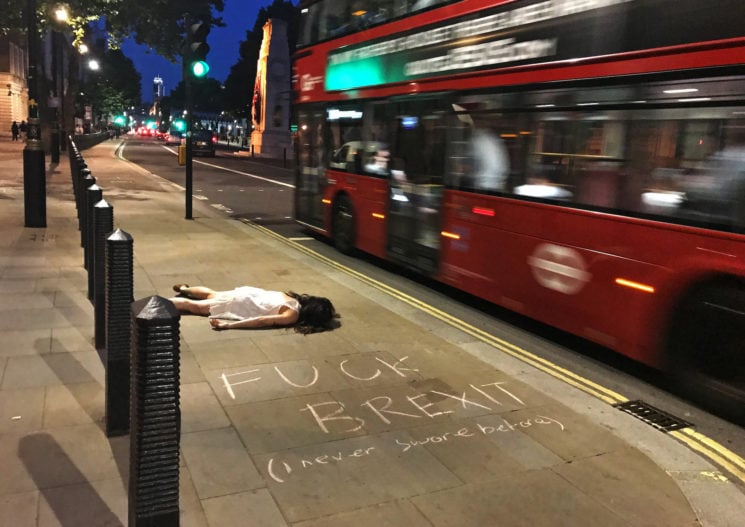 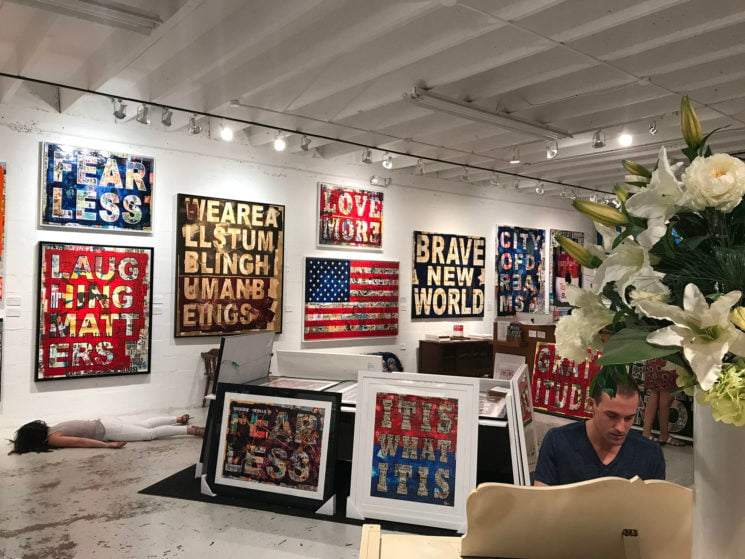 STEFDIES at the Wynwood Walls 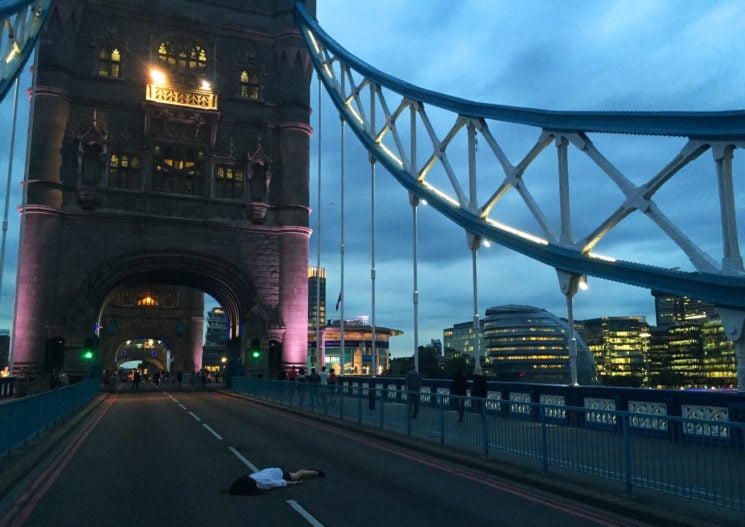 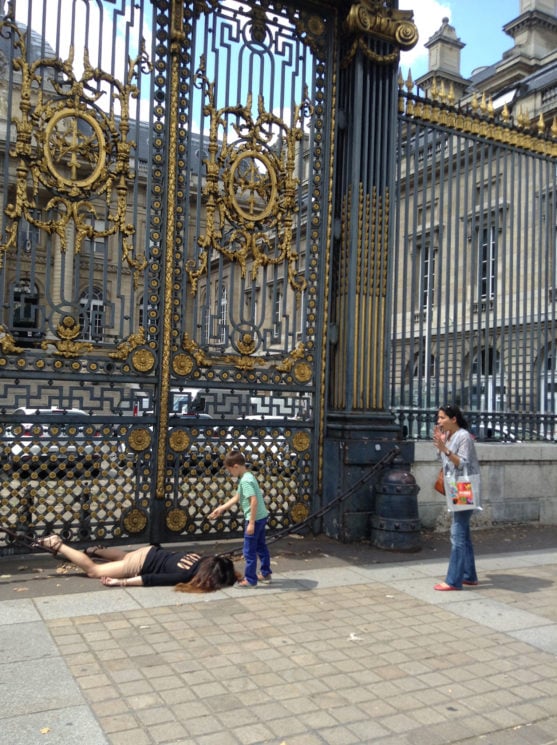 STEFDIES at the Palais de Justice in Paris 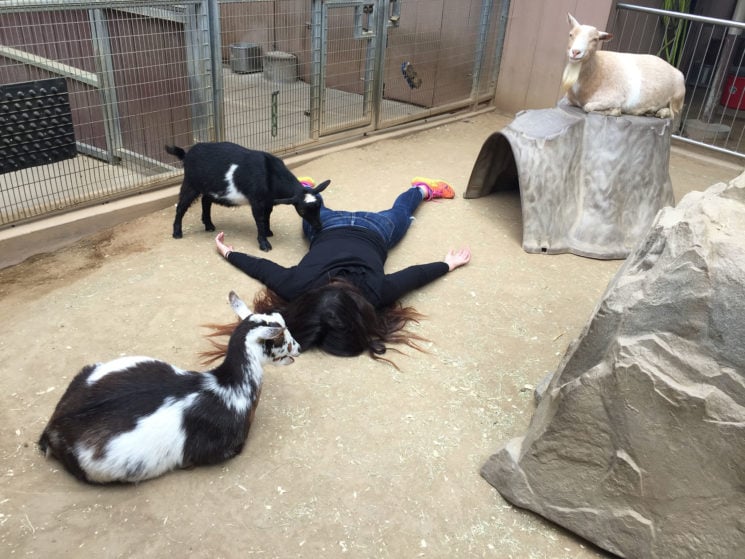 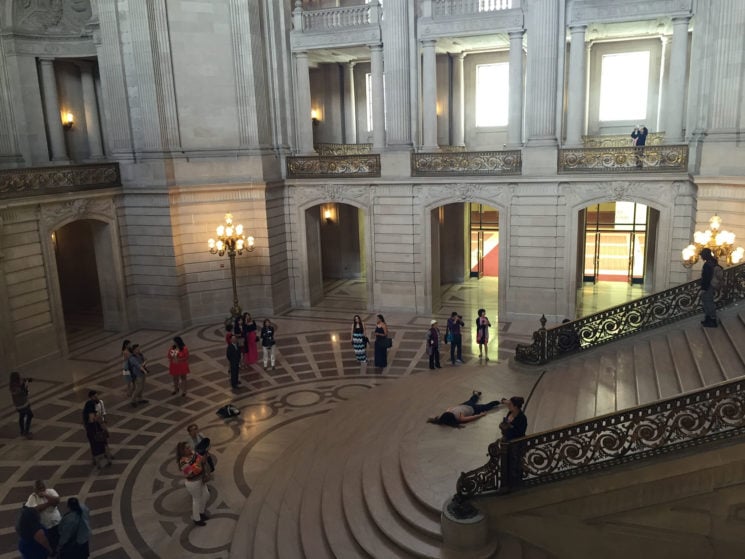