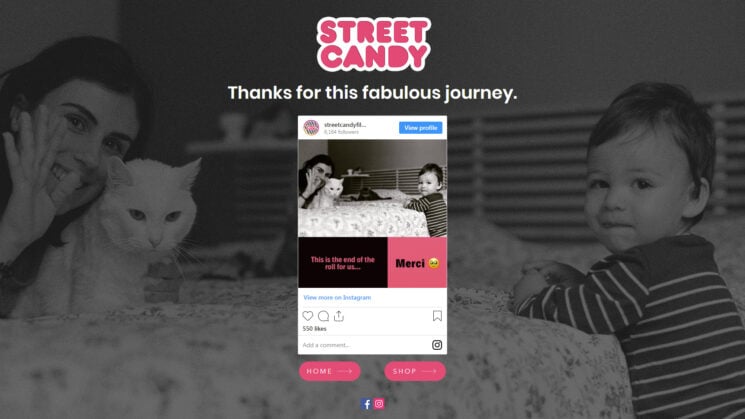 Well, this is sad news. film company Street Candy Film, founded in 2018 by Vincent Moschetti is calling it a day. In a post to their Facebook page, the company announced that while they had great hope for the future, rising costs from their suppliers have given them no choice. They say the manufacturer who produces their product “decide[d] to triple the price of film overnight” there was nothing left for them to do.

The company released two films. ATM 400 in 2018, which was made from security surveillance film and offered a fantastic contrasty look and MTN100 in 2021, another black and white film made from motion picture film stock. As of the Facebook announcement, they said there were 174 rolls of ATM400 left, but now both films are now listed as discontinued and out of stock on the Street Candy website.

I’ve done everything I could to keep this running and had great hope in the future after all the support we received from you all, since the beginning and, especially when I announced recently that I was struggling to keep things running.

Unfortunately there are some things that our out of my control and when your business depends on a film manufacturer who decides to triple the price of film over night, there is simply nothing left I can do. As much as I hate to write these words I don’t see myself selling film for 15€ a roll.

Not sure what I’ll do next but for now I prefer to end this here and take a break from running this business for my own well being.

The last 174 rolls of ATM400 left in stock are now available on the site if you wish to grab some before they’re gone for good.

In 2020, the company became the first to offer 35mm film in recycled cardboard canisters instead of the decades-old plastic canisters many of us grew up with in the pre-digital era, in an effort to cut down on plastic waste. This is something that the likes of Ilford, Kodak and Fujifilm (assuming Fuji doesn’t kill everything off first) should really have picked up on by now.

Rising costs aren’t exactly uncommon these days with production and logistics issues caused by the coronavirus pandemic, especially when it comes to film. Just last week, Fujifilm announced that it will be increasing its prices on film and developing services throughout the world due to the increased cost of raw materials as well as transportation and “the decline in demand for photographic related products” – lower production volumes increase cost per item, too, pandemic-related price increases notwithstanding.

Vincent says that he doesn’t know what his next project will be, but he’s taking a break from running a business for his own well being. Whatever he ultimately chooses to pursue next, we wish him well!