Getty Images has officially filed a lawsuit against Microsoft, accusing the tech giant of infringing copyright laws on millions of images from Getty’s online collection. On August 22, Microsoft unveiled the Bing Image Widget to the public, which allows anyone to embed images they find using Microsoft’s Bing Search Engine, using a simple code which is supplied by Microsoft. Once search parameters have been entered into Bing’s Image Widget generator, the code can simply be copied and pasted for use on any website, commercial or otherwise, and will display the images yielded from the search results.

The problem with the widget, Getty claims in their lawsuit, is that the widget does not employ any kind of filter to sort images which are part of the creative commons from those which are protected by copyright laws. According to a report by Reuters, the lawsuit states:

In effect, defendant has turned the entirety of the world’s online images into little more than a vast, unlicensed ‘clip art’ collection for the benefit of those website publishers who implement the Bing Image Widget, all without seeking permission from the owners of copyrights in those images.”

Rueters has also reported that Microsoft issued a statement in response to the lawsuit via an email which explains that, as copyright holders themselves, Microsoft takes copyright law seriously and will look into Getty’s claims.

The lawsuit claims the damages to Getty are incalculable and asks a U.S. District Court judge to order Microsoft to immediately remove the widget in addition to paying Getty an undisclosed amount of damages. Getty’s general counsel, John Lapham, says Getty has been speaking with Microsoft for over a year in regards to the disregard and resulting decay of copyright law meant to protect images published online.

Now you have someone else’s picture in full, beautiful display on your website, having never paid for it and with no attribution to the photographer at all.” John Lapham

Though Getty, who currently represent over 80 million photographs, is responsible for initiating the lawsuit, it appears as though it is not just them who will suffer the consequences. Any image (meaning mine and yours, too) which is accessible by Bing’s image search engine, whether it is managed by Getty or not, could potentially be used by the Bing Image Widget. For example… 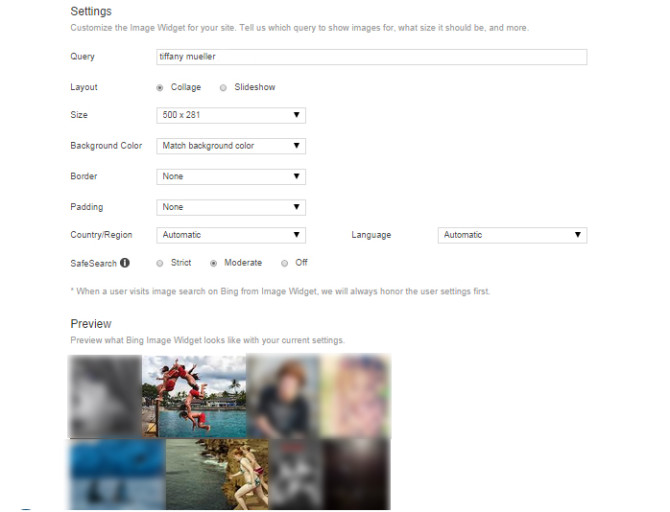 A quick search yielded several of my images which are protected by copyright law.

As someone who sells their photography for commercial purposes, I was curious about the widget and how it could impact me. I headed over to the widget’s webpage and entered my name. Sure enough a handful of my images came up. Even using more generic search terms, such as specific locations rather than my name, some of my images appeared in the results. Kinda frustrating to say the least. Needless to say, I’ll be following the lawsuit closely.

In the meantime, what are your thoughts on the lawsuit, is Getty in the right? What do you think will become of Microsoft’s Bing Image Widget and other services like it?

« What’s Better For Shooting Splashes, Milk Or Elmer’s Glue?
8 Reasons Why Professional Photography Is Harder Than it Looks »