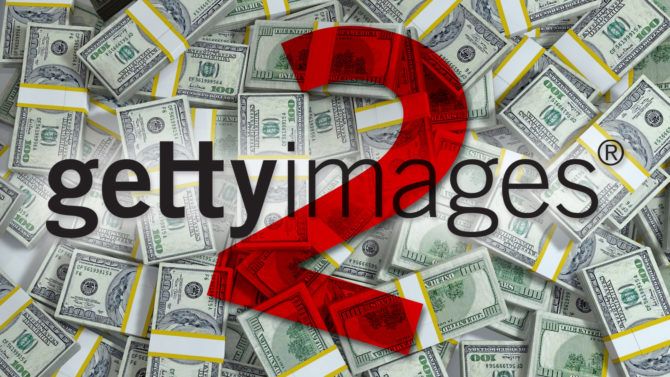 Getty Images seem to be having a tough time lately. After recently being hit with a $1 billion lawsuit by photographer Carol Highsmith, they are being sued again.

The nine page civil complaint was filed by Zuma Press, an independent press agency, on Monady. In the suit, Zuma alleges copyright violations and unauthorised licensing of more than 47,000 images.

The suit also alleges that Getty has essentially grown too big for its boots.

Upon information and belief, though originally conceived to counterbalance the internet’s corrosive effect on the creative marketplace, Getty has quickly become the content creators’ worst detractor, recklessly aggregating content, acquiring more images than it can responsibly administer and belligerently enforcing whatever imperfect rights it might have in those images.

Those are some pretty strong words, although I can’t say that I entirely disagree.

Upon information and belief, Getty has been carelessly and recklessly acquiring content, not doing due diligence and not taking adequate measures to prevent infringement as well as falsifying/removing proper copyright management information. In fact, its aggressive acquisition schedule is possible only at the expense of others’ rights.

Undeterred by almost two hundred complaints filed with Washington State Attorney General’s Office, despite several lawsuits, and the growing consensus in the industry that its abusive, unethical, and reckless business practices must be addressed, Getty has shown that it cannot and will not reform on its own accord.

Zuma demand an unspecified amount for the alleged infringement, but the maths are quite suggestive. Part of their claim requests that they be awarded statutory damages of between $2,500 and $25,000 (the maximum allowed) per infringement.

With 47,000 images, that puts it somewhere between $117,500,000 and $1,175,000,000. That’s before we take into account the fact that the court can triple those damages. This is due to Getty having a previous copyright judgement against them within the last three years.

While I think it’s great that high profile cases are finally taking Getty to task, I do wonder what they truly hope to get out of it. In 2012, Getty was valued at $3.3 billion. If both current suits are successful financially, it could potentially spell the end of Getty.

This could be exactly what they want. On the other hand, they may simply be trying to get Getty to wake up and realise what they’re doing to people. Whether they will do that of their own accord or if it will require some persuasion from the courts remains to be seen.

Either way, it’s a curious pair of situations to follow, just to see how they ultimately play out. Regardless of the outcomes, there will likely be far reaching implications out there for both creators and other agencies.

Kelly Goucher, a Getty spokesperson, contacted Ars Technica and told them that they “are in the process of reviewing the complaint and investigating the matter”. Goucher also said they are “unable to comment further at this time. We hope to resolve the matter as soon as possible”.

Could it really be that these lawsuits are trying to shut down Getty? Or are they just trying to make a very expensive point? Let us know your thoughts in the comments.