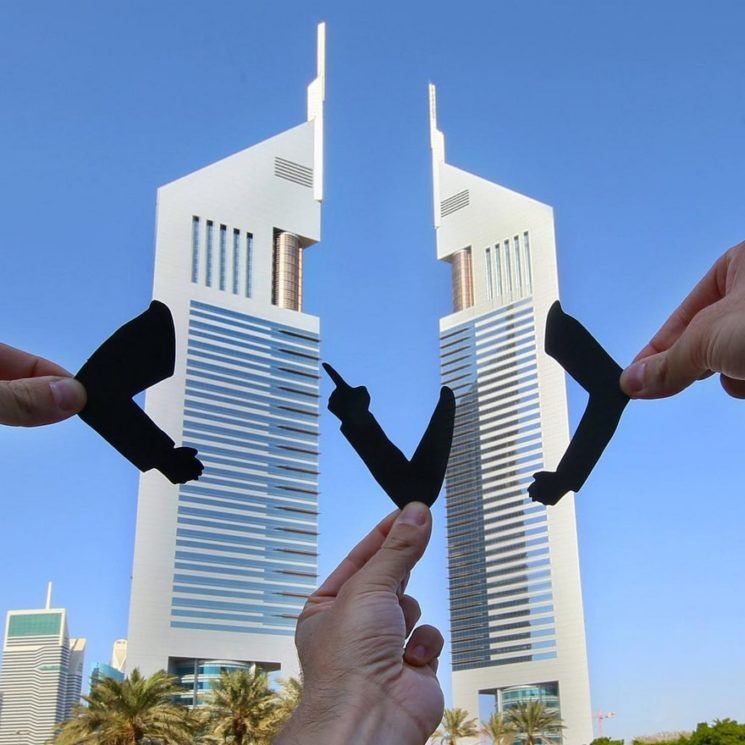 Photographing famous landmarks is something most of us do when we travel. It’s always a nice memory, but honestly speaking – it’s hard to make these photos original. But British photographer Rich McCor (or Paper Boyo) has found a way to do it. His photos of landmarks are definitely unique, yet the solution he found is stunningly simple.

Rich uses black paper cutouts and transforms the landmarks into something completely new. In his photos, Big Ben becomes a wrist watch, London Eye is a bicycle wheel, and Arc de Triomphe transforms into a Lego figurine. He gives something so familiar a whole new context and it’s really fun to see the transformation. 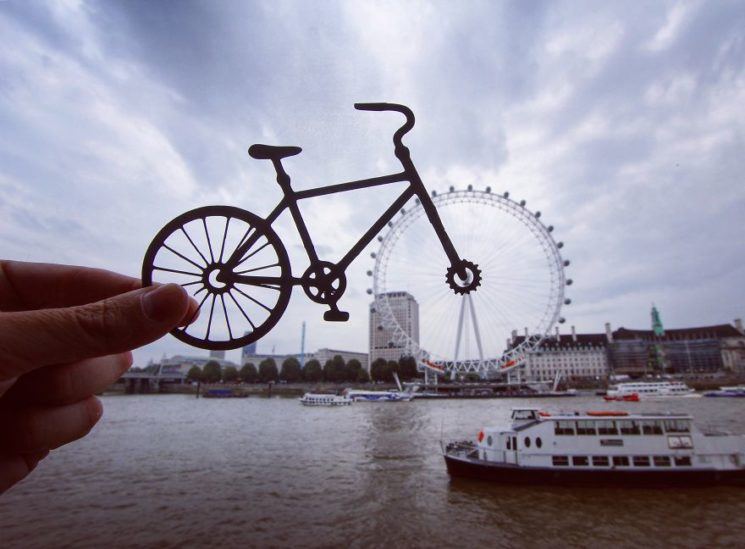 It all started when Rich wanted to explore his own city as a tourist. He wanted to pay attention to the landmarks he previously ignored and explore their quirky history. And he didn’t want to make one in a million of the similar images, but he tried to figure out how to capture them in a unique way.

The initial idea was to turn Big Ben into a wristwatch using a black paper cutout. While he was taking the photo, a little girl and her father became interested in what he was doing. When he showed them the photo, they loved it and encouraged him to do more. And from this moment on, Rich’s creative idea opened a whole new world for him. 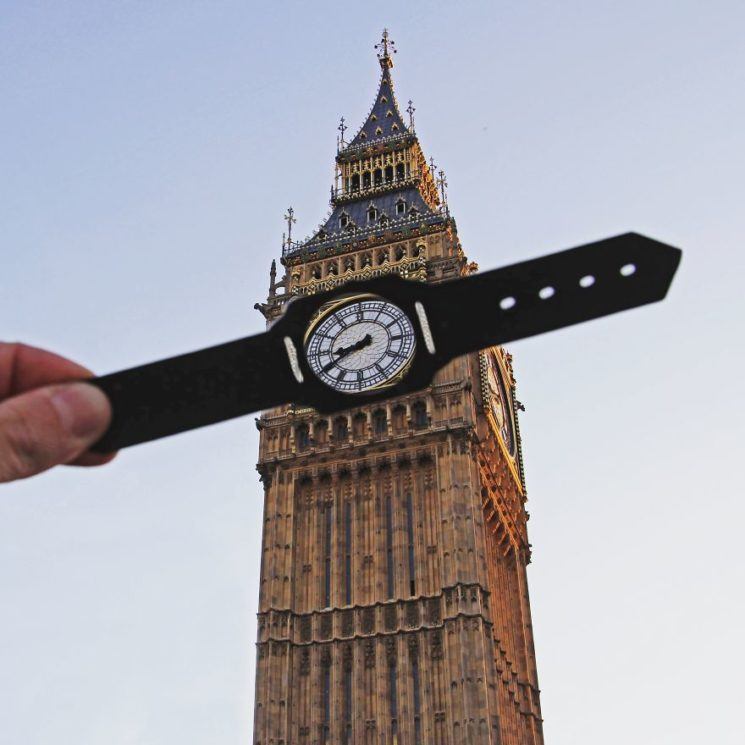 He started taking more photos of London’s landmarks using these paper cutouts. He would post them on his Instagram account, usually alongside a quirky fact he found out about the particular landmark. After a while, Lonely Planet contacted him, asking if he would like to create photos for them. And after saying “yes”, this took him to Stockholm, Amsterdam, Copenhagen and Paris. The offers kept coming, and by far he visited Singapore, Nanjing, Hong Kong, Val D’Isere, New York and Las Vegas. And the number of his Instagram followers climbed all the way up to 256k. Take a look at more of his photos: 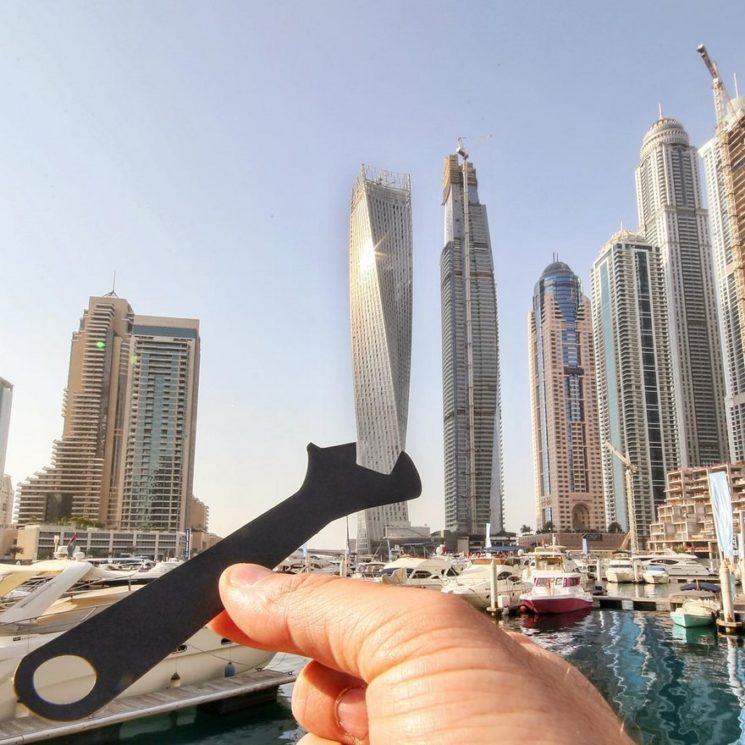 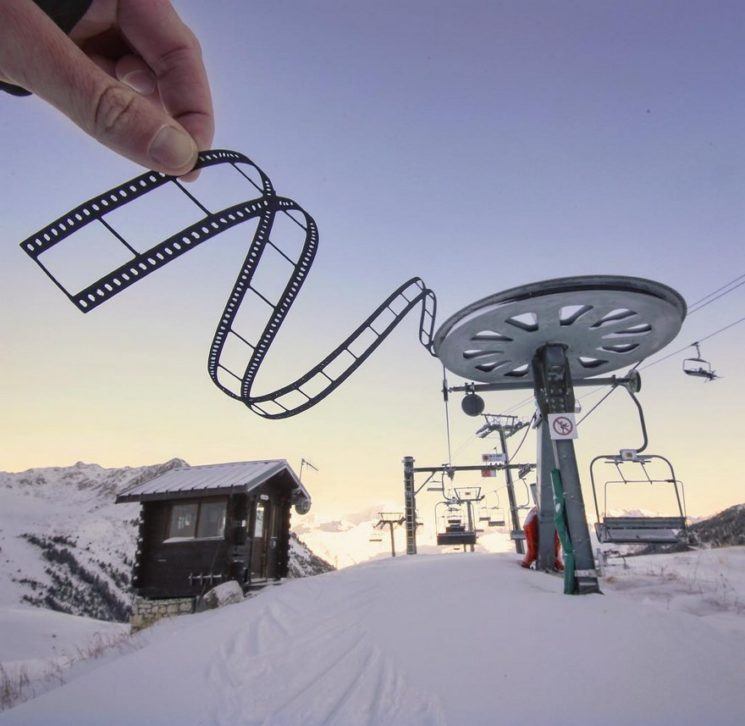 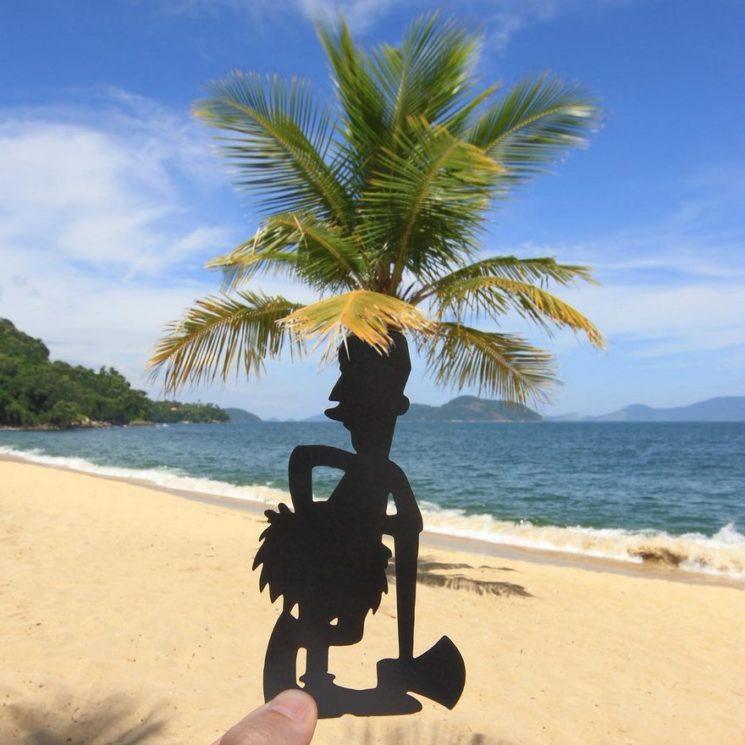 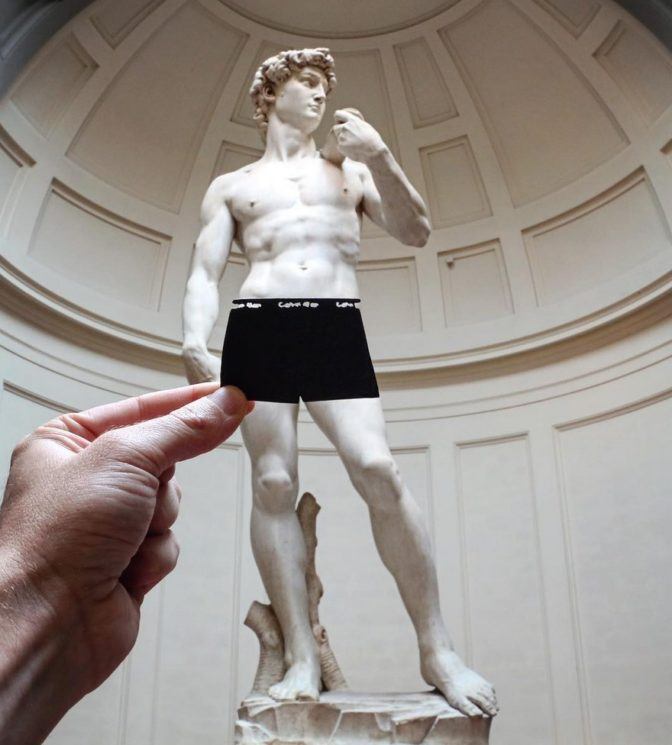 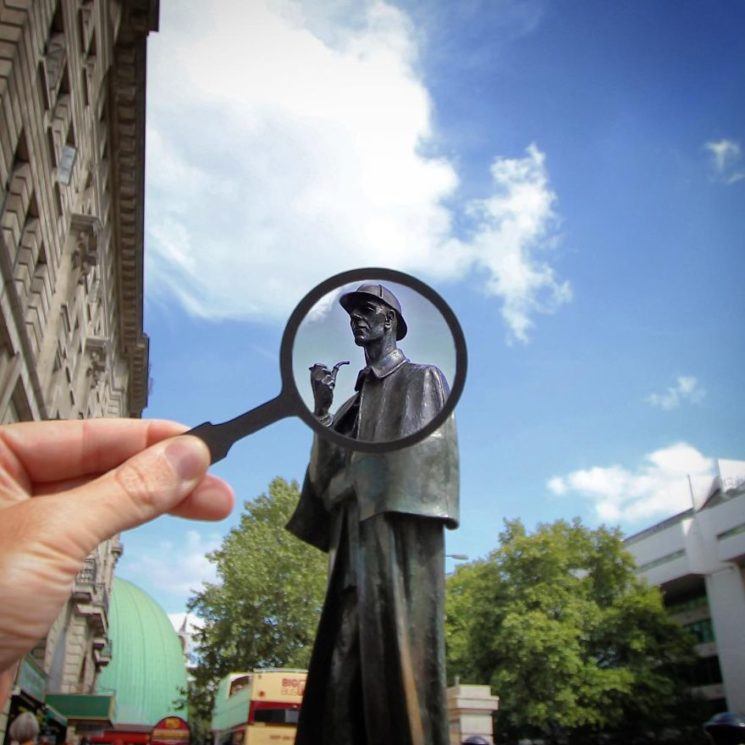 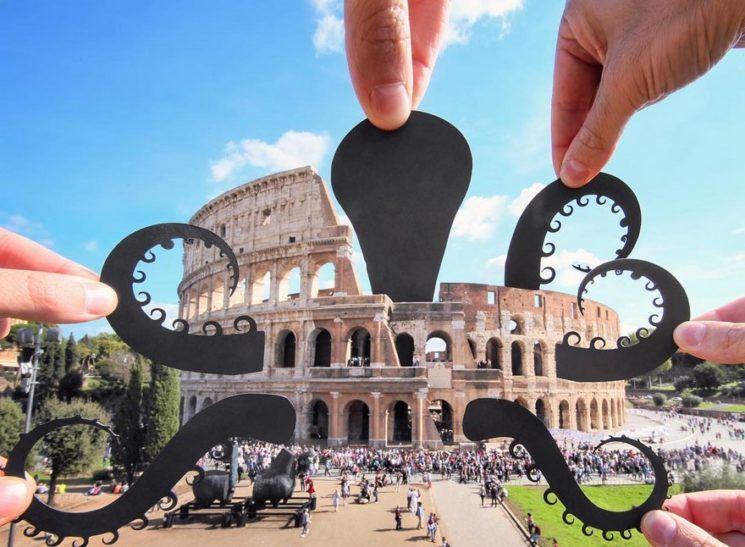 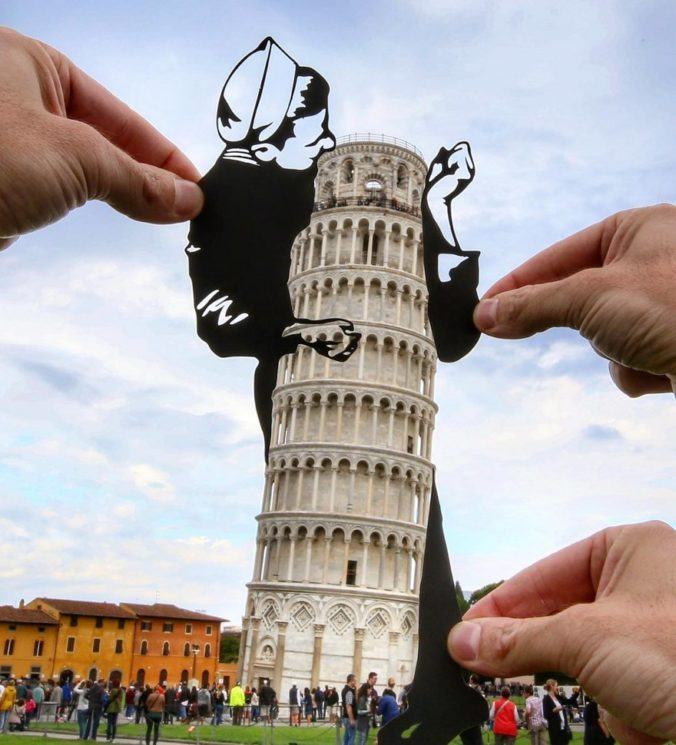 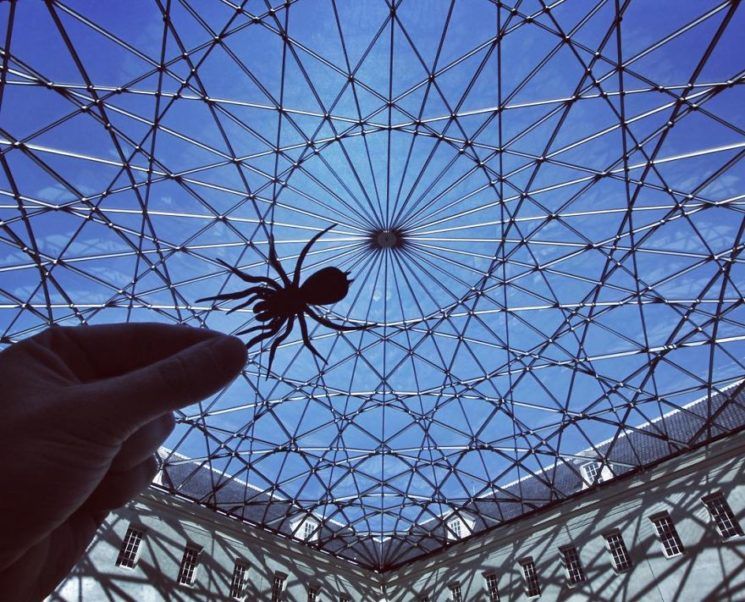 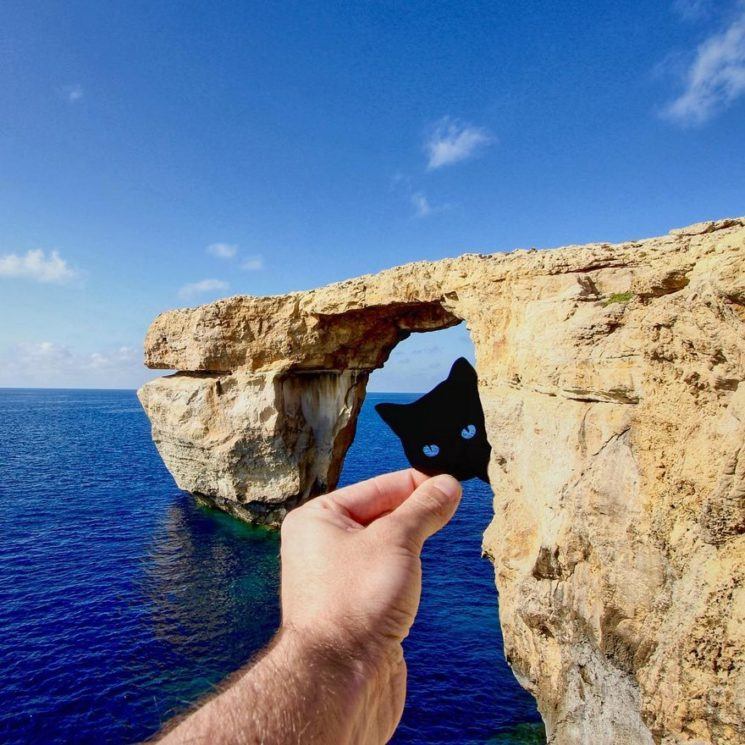 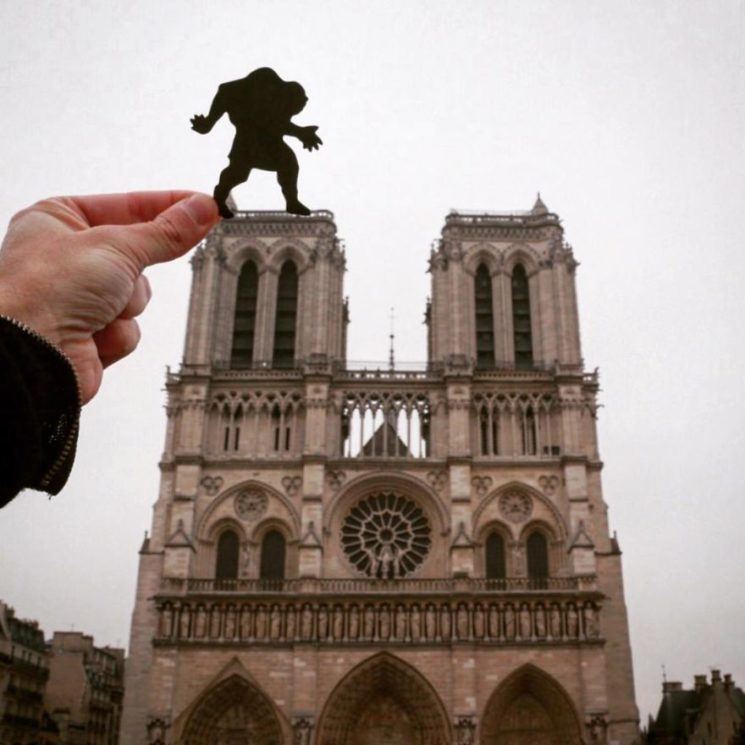 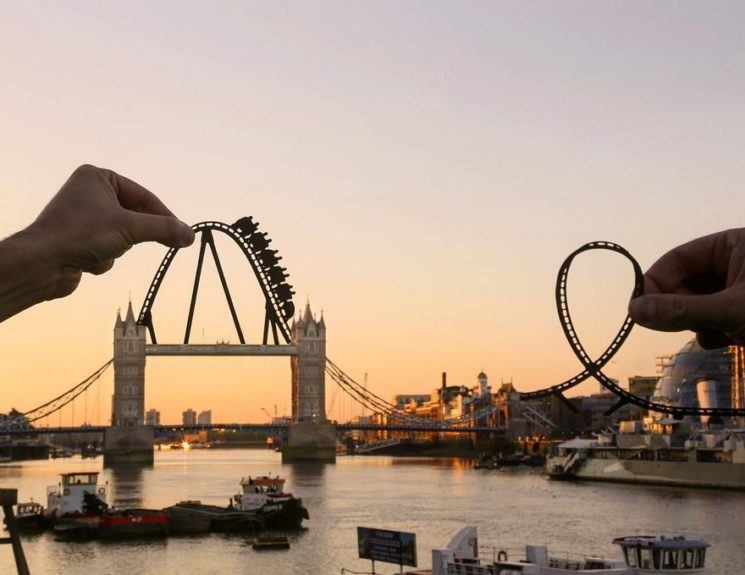 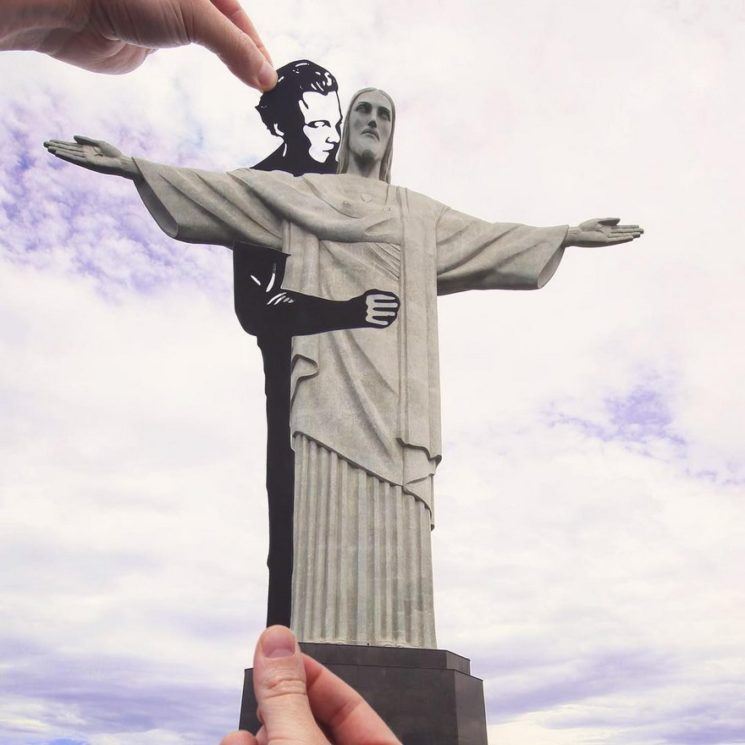 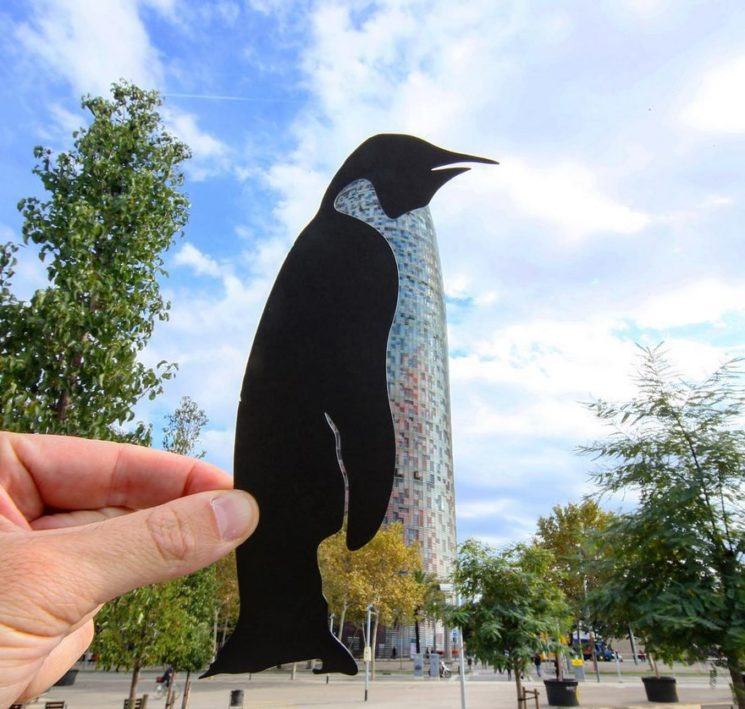 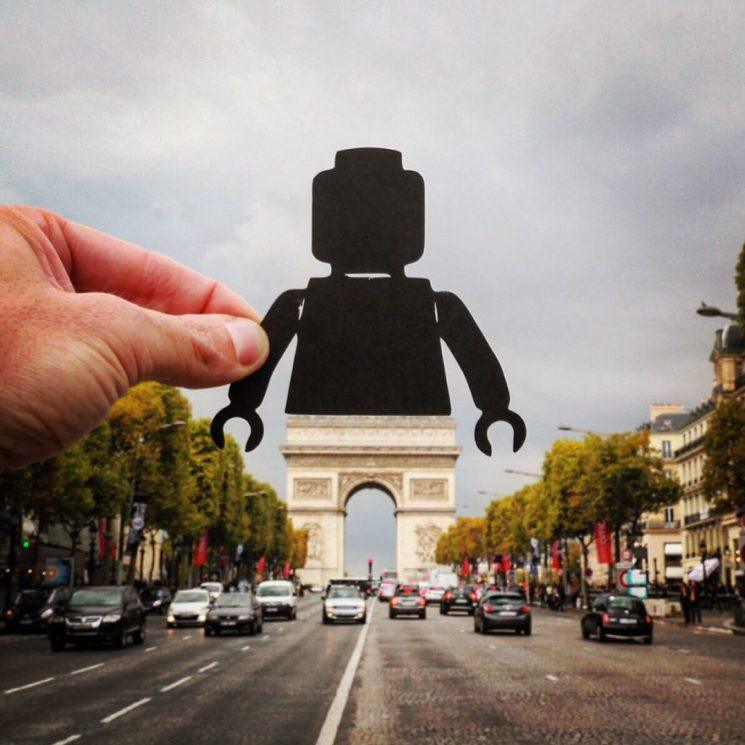 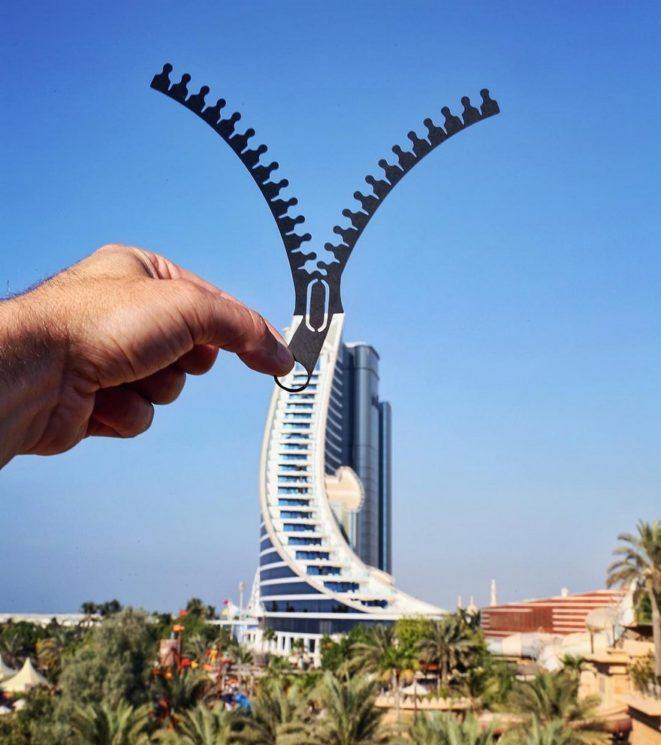 It takes about fifteen minutes for Rich to get the photo exactly as he wants it on the location. I love it that his idea is so simple, yet it turns out to be so unique and fun. And although I suppose it doesn’t take too much time to cut out the paper and make the photo, it’s the idea that’s the most valuable. Without being creative and full of ideas, none of this would be possible. Rich says he’s found a way to make people smile while making a living traveling the world. And I couldn’t agree more. His photos certainly made me smile, and I’m sure he’s enjoying making his project. After all, it combines some of the most wonderful things there are: traveling, photography and creativity.

Rich McCor is a British photographer from London. If you’d like to see more of his work, take a look at his Instagram profile, where you will find plenty more of his unique and fun images of landmarks.