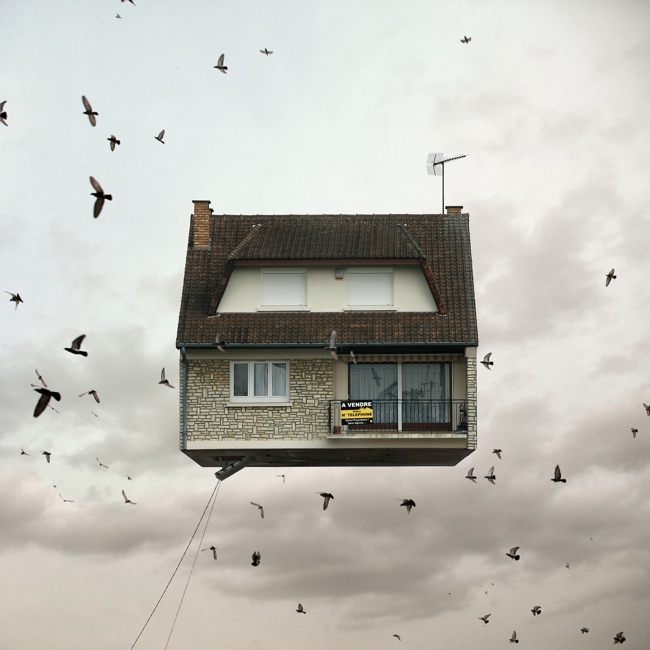 Photomontages belong to photography on the one hand, but on the other – this technique is art on its own. French artist Laurent Chéhère has created a series that’s a real example of this. His composites are created from photos, but with the reality of their own.

Laurent’s series Flying Houses depicts the architectural objects floating in the air. It’s only the power lines that hold them, and they all seem as if they’re ready to get loose and fly away. You will see houses, buildings, trailers and even circus tents. They all look like something straight from a dream, and they are all created from hundreds of images, brought together in a unique combination of art, fantasy and fairy tale. 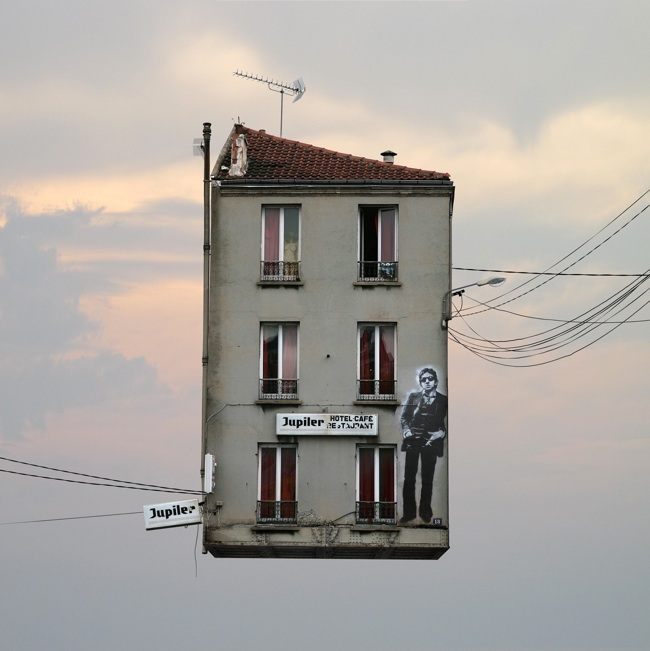 The Flying Houses project is inspired by old Paris and the poetic vision about if from the artists of various fields. Jules Verne, Albert Lamorisse, Wim Wenders, Federico Fellini, Jean Cocteau – they are only some of the names whose vision has affected Laurent in creating his images. Another part of the inspiration comes from the very surroundings of the artist. He lives in Menilmontant, a famous district of Paris where you can “meet the whole world.” Different languages, the scent of spices and unique atmosphere of this working class areas are the primary source of inspiration for the artist. What’s more, this is where he discovered his passion for traveling, meeting people from all over the world and hearing their stories.

Other than poetic and artistic vision, Laurent’s idea behind the project is to draw attention to marginalized communities in Paris, particularly Gypsies and immigrants. The houses in the images are isolated from the context and the surroundings, telling the story of hopes and dreams of their inhabitants. 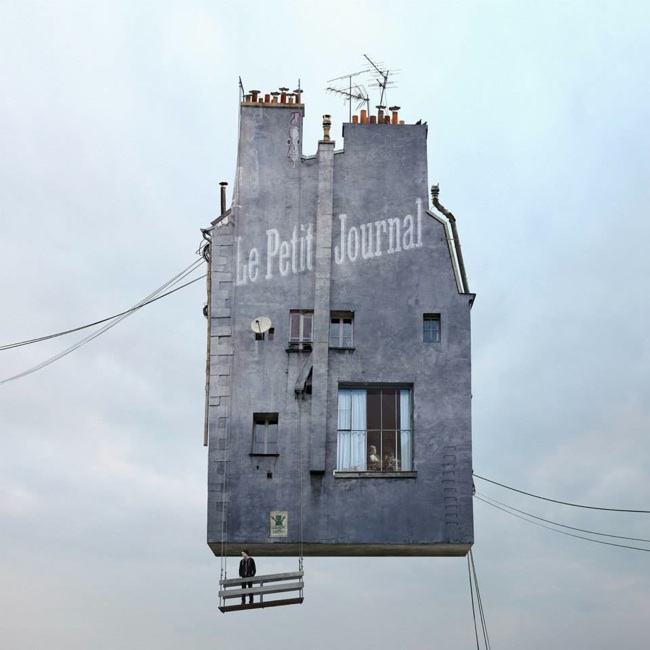 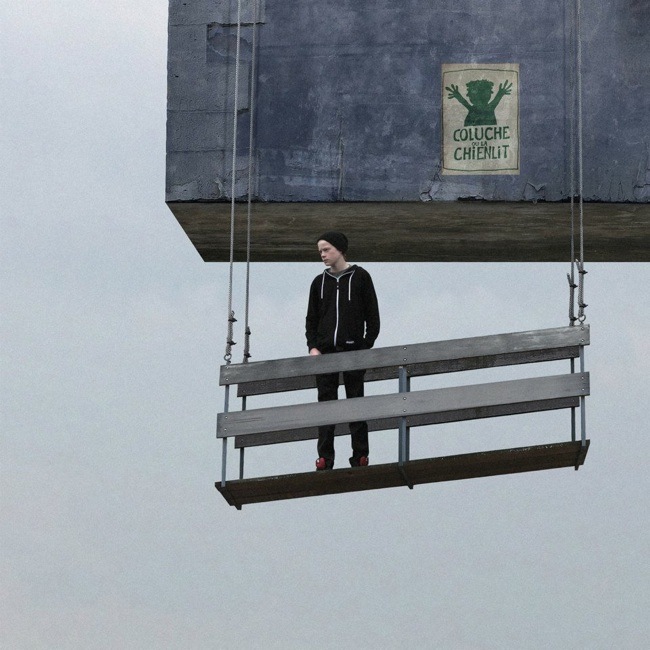 As for the technical part, each of the images from the series is a photomontage. The author first sketches the idea. Then, he takes photos of hundreds of different elements, from the largest to the tiniest ones: from roofs, windows, and sky, to a fireplace, characters, graffiti and even antennas. When taking photos is done, he assembles everything on the computer and retouches the final image. As a result, there are photomontages with dreamy and melancholic atmosphere and lots of details that create a complete story. In a gallery, the viewers can see the images in large format and discover details by close observing. In the digital version, the artist gives some details in separate images. I often found them interesting and intriguing even out of context. So, take a look at more images from the Flying Houses series: 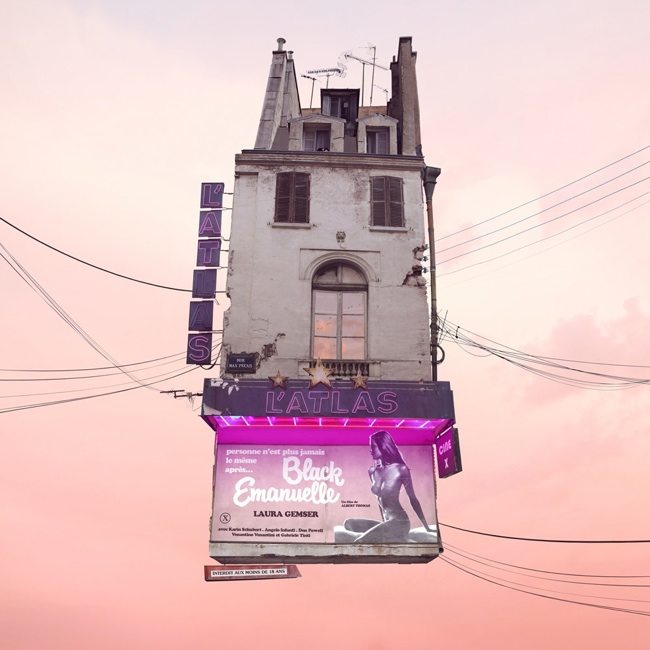 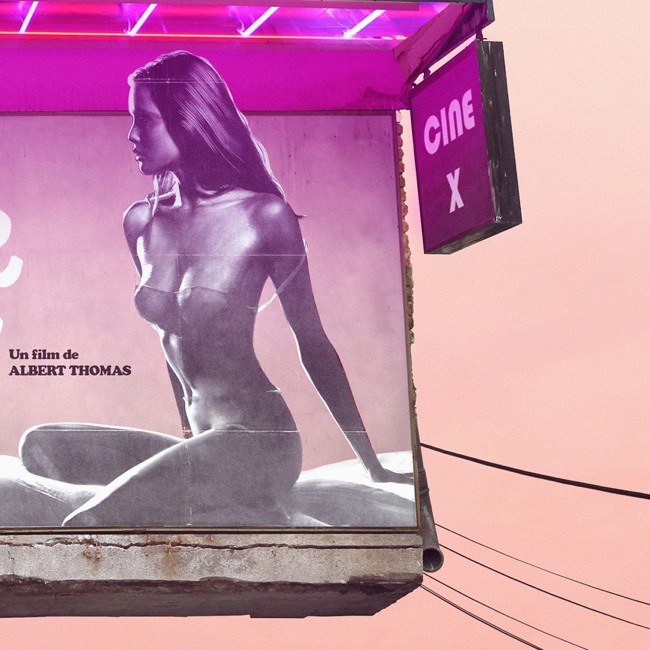 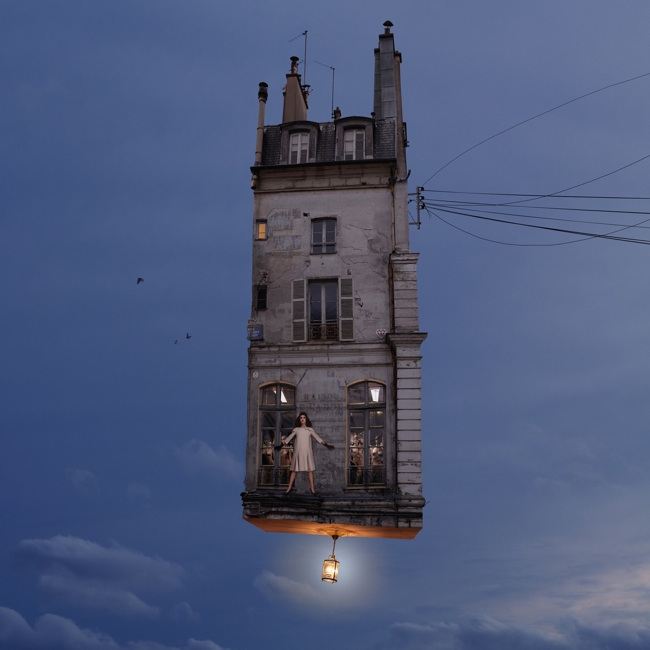 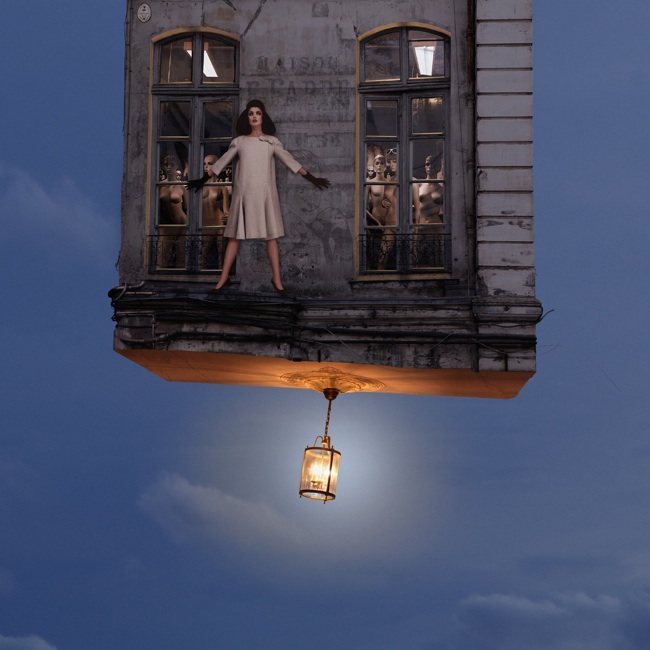 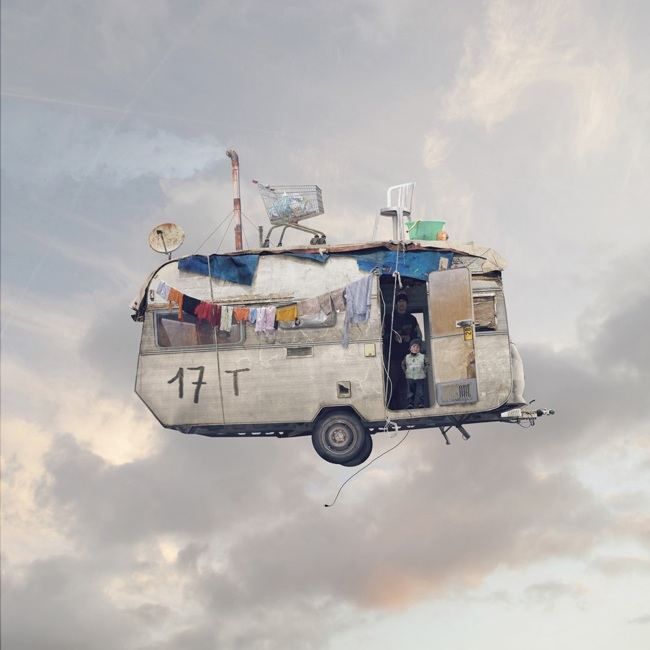 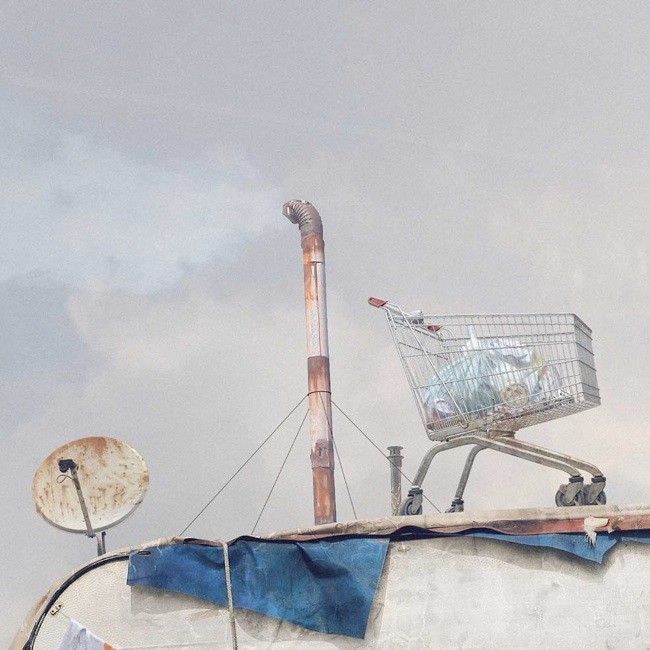 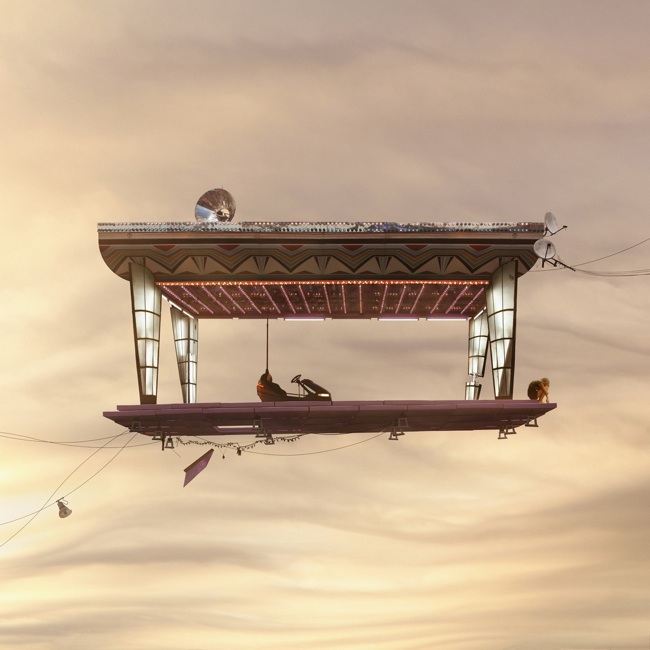 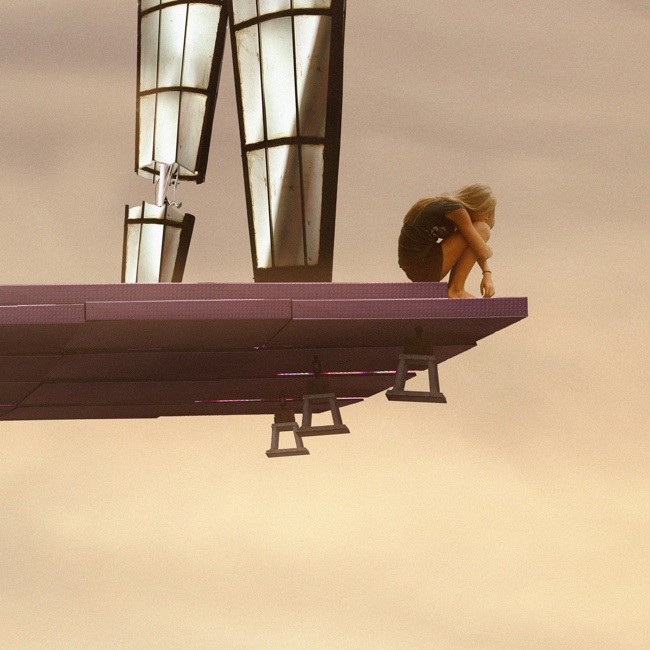 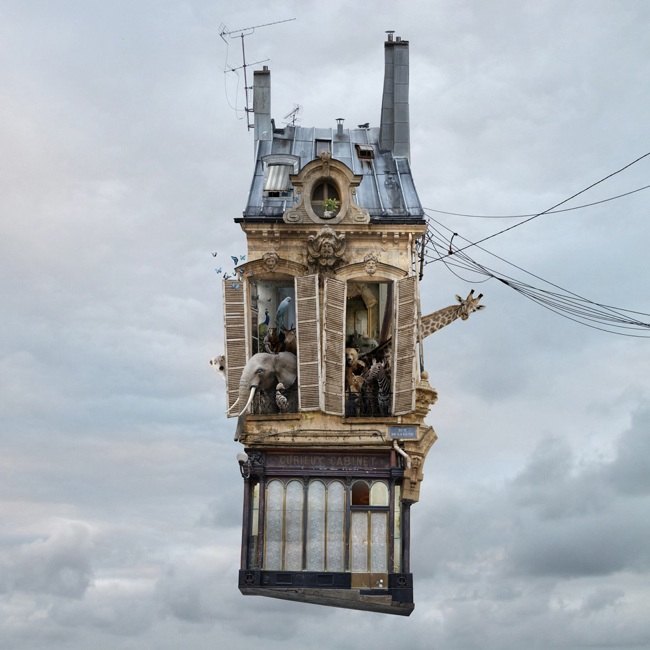 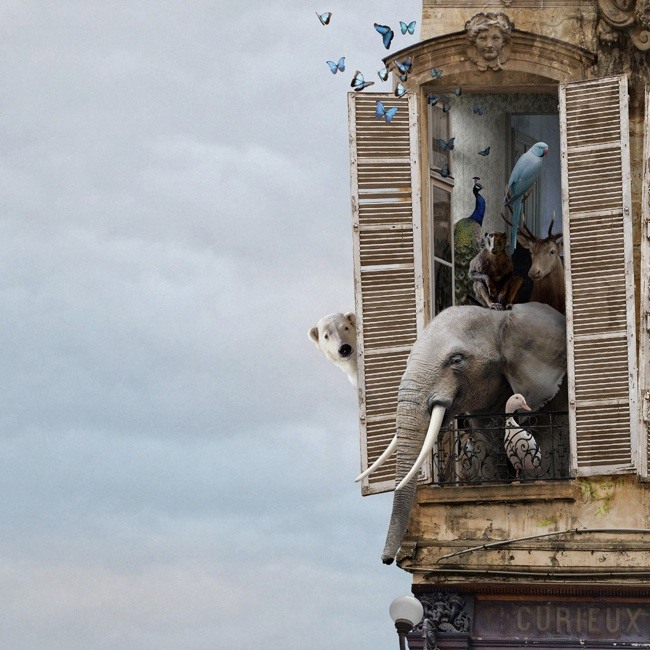 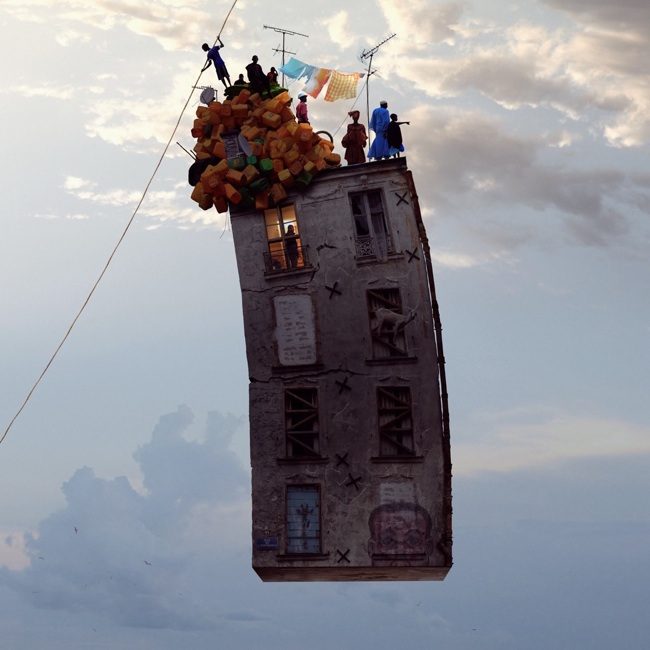 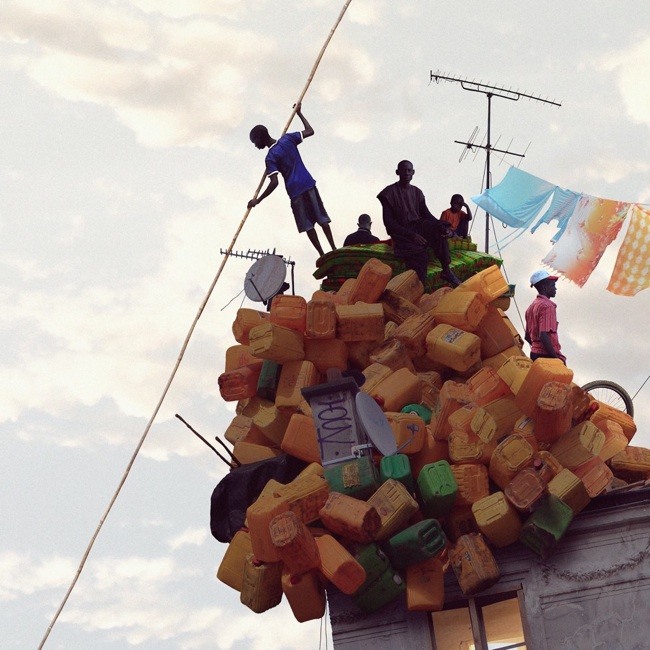 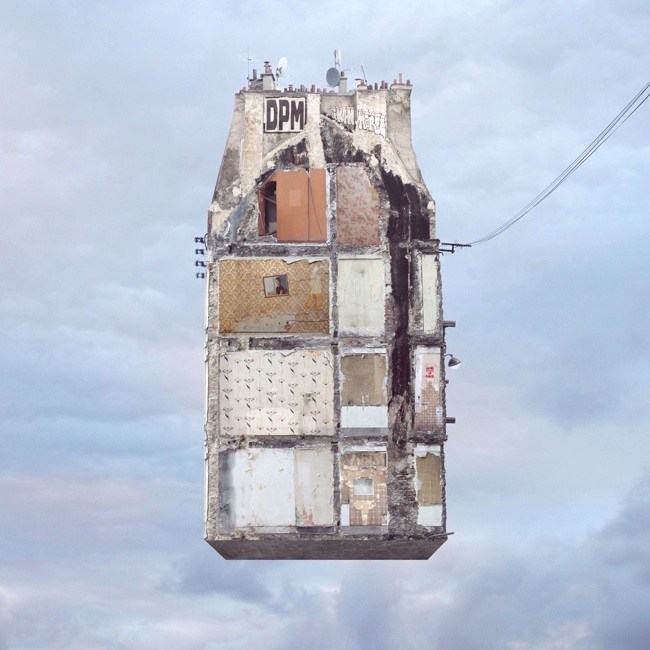 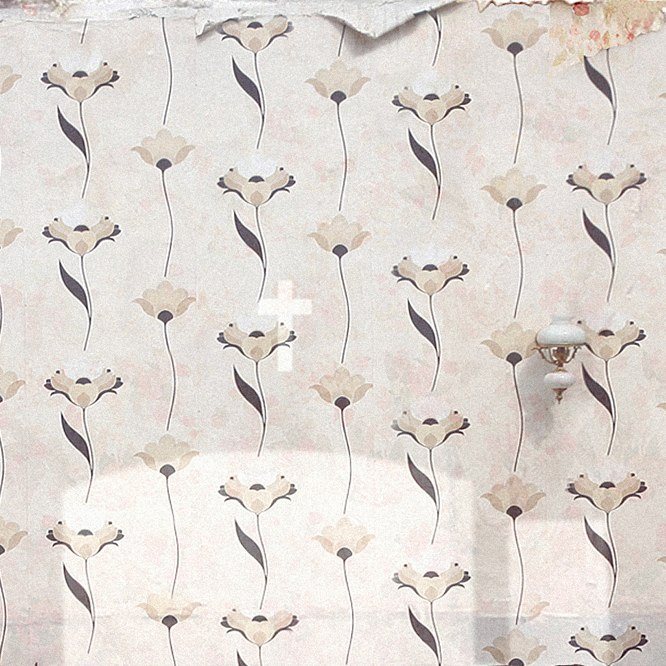 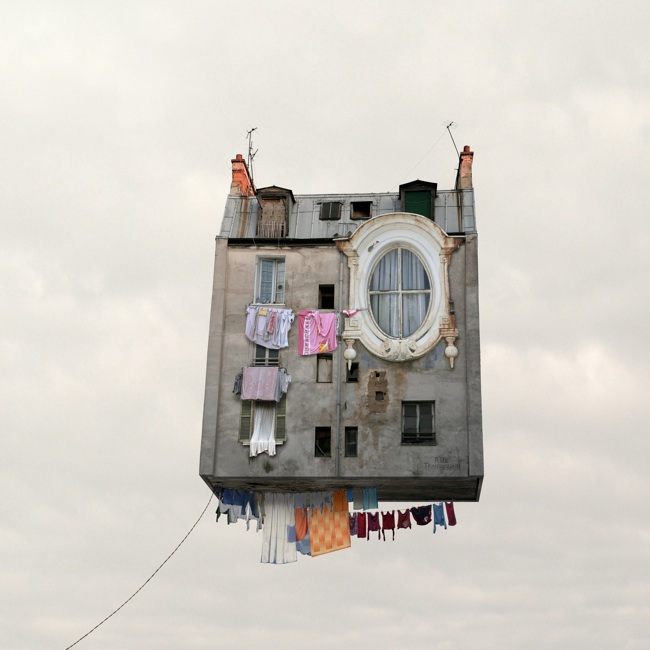 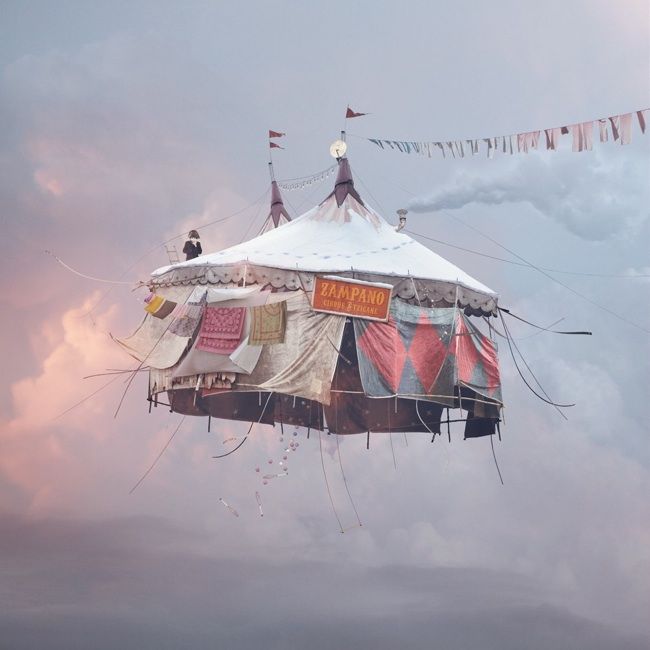 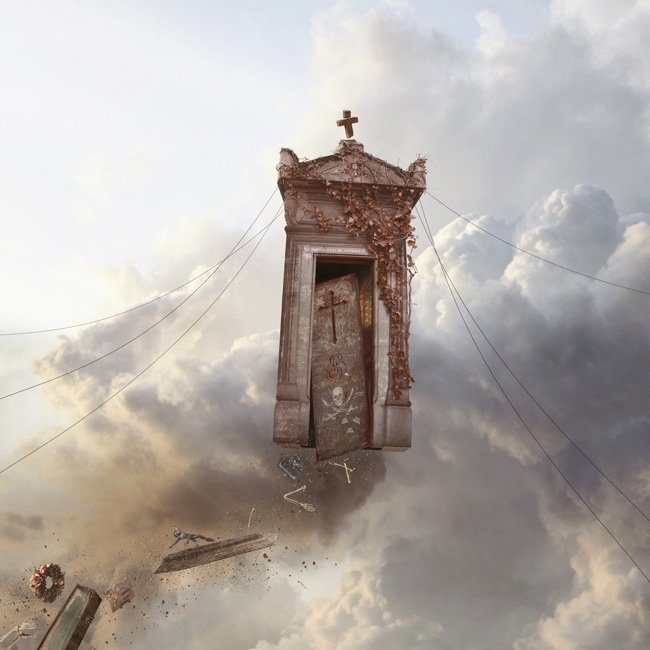 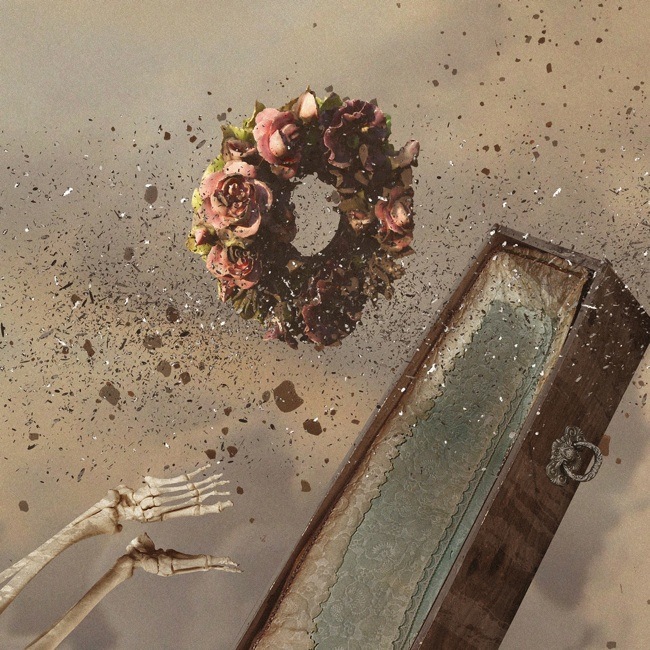 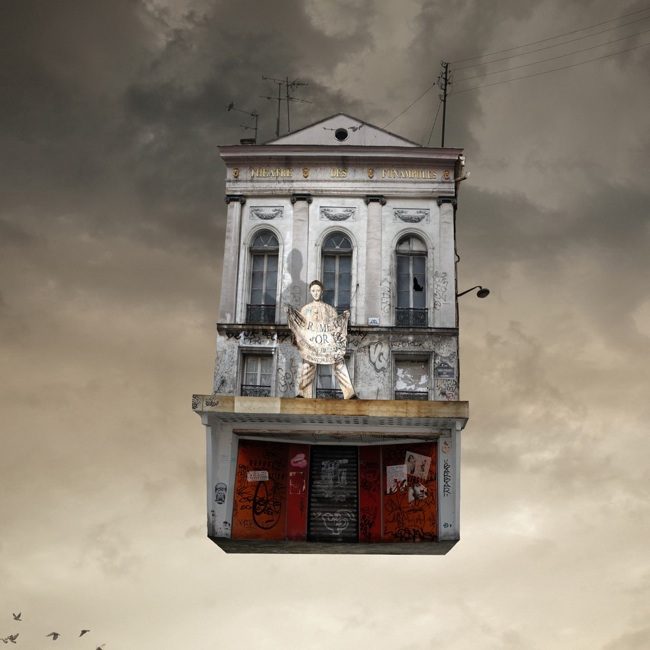 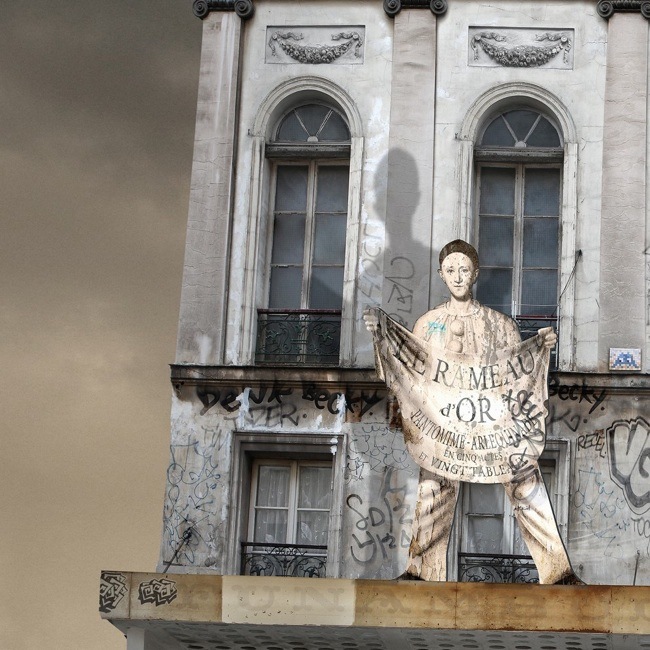 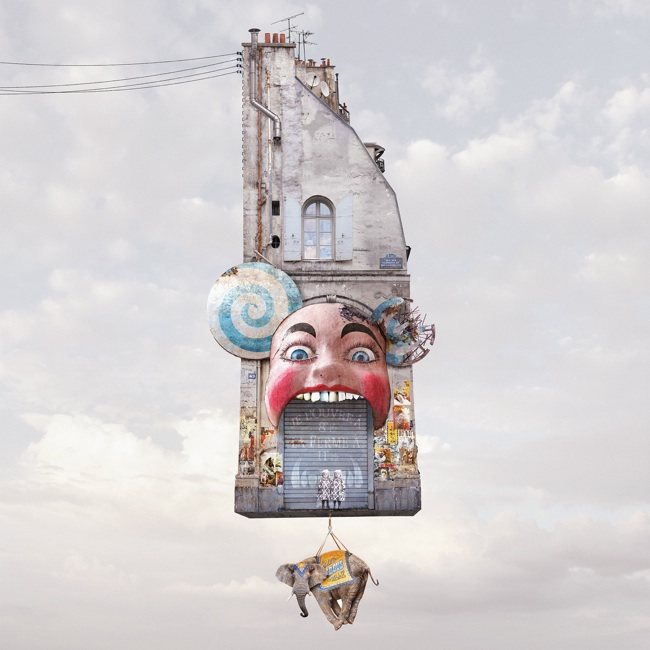 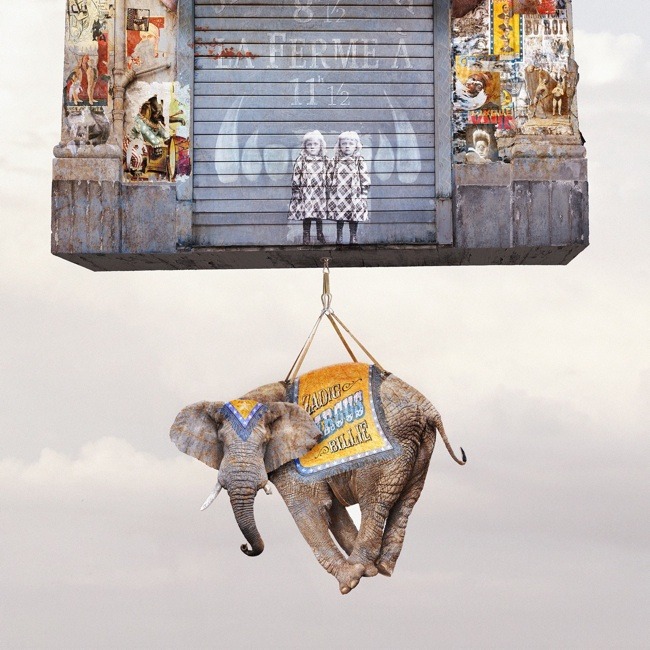 I enjoyed this series, as it reminded me of once picturesque, but now decaying homes I photographed. I love the dreamy feeling in these images. Also, I could feel the tone of sadness in most of them, although there’s often an element of comedy present as well. The power lines, which seem so thin and delicate, look like they could break any moment. In my head, this created the feeling like the home is something unstable, something you can lose in an instant. For me, this was pretty striking. As the artist himself states, he “gives some keys, but these flying houses remain open to the interpretation, it’s finally the observer who will make his own way.” And indeed, I had different impressions and feelings while looking at these images. I hope you did, too, and I hope you enjoyed it.

For all of you who live in the UK, the series is exhibited at FORMAT Festival in Derby. It was opened on March 24 – and lasts until April 23, so don’t hesitate to take a look in person.