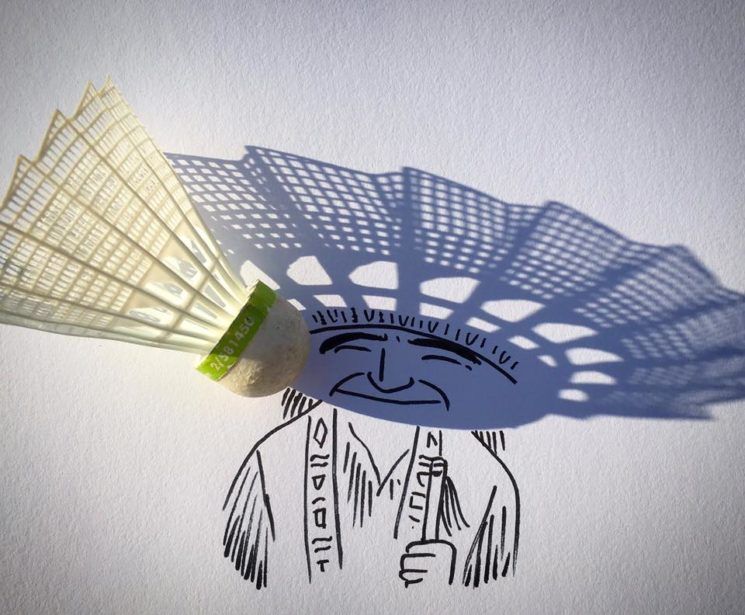 Vincent says he has always loved drawing, ever since he was a child. He always wanted to become a comic strip maker. But life took him elsewhere and he became a filmmaker. He has created four feature films, and several shorts and commercials. His drawing skills came in handy for making storyboards and communicating with the film crew.

In May 2016 he was working on a new script. While he was writing, he noticed that a shadow of a teacup on his desk looked like a little elephant. Vincent thought it was fun. He doodled on the shadow, took a photo and shared it on social networks. He got so many positive reactions that he decided to make this a project. And it still lasts.

Vincent named his project and the process Shadowlogy, and he creates and posts one shadow doodle a day. He uses everyday objects and their shadows. He puts the object in the light and plays with it until he can see something interesting in the shadow. Then he adds little drawings on the shadow and takes a photo of his creation. 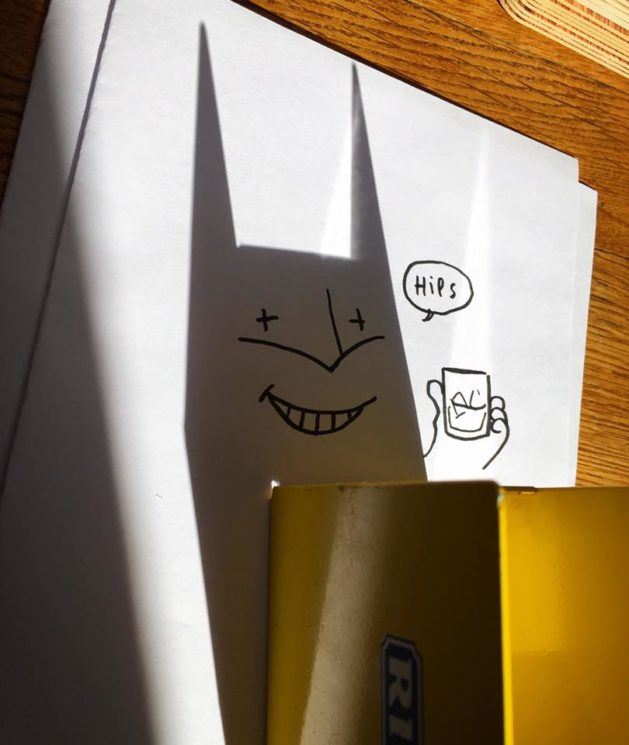 Shadowlogy has been an ongoing project for nine months now, and Vincent is still full of ideas. While he loves his job of directing and writing, he says it can sometimes be frustrating. It takes years between the idea and the completed movie. But Shadowlogy is much quicker and more liberating. What he likes about this project is the freedom it gives him. When he has an idea, it takes less than half an hour to make it, post it and reach the audience. The only restriction is his own imagination – and judging from his photos, I’d say Vincent doesn’t have to worry about restrictions.

Vincent says his drawings have received reactions from all over the world. People are different, and so are the cultures, but he noticed one thing connects them all: “people from all cultures and countries share a silly sense of humor.” And in today’s world, Vincent sees this as a really reassuring fact. Take a look at more of Vincent’s work: 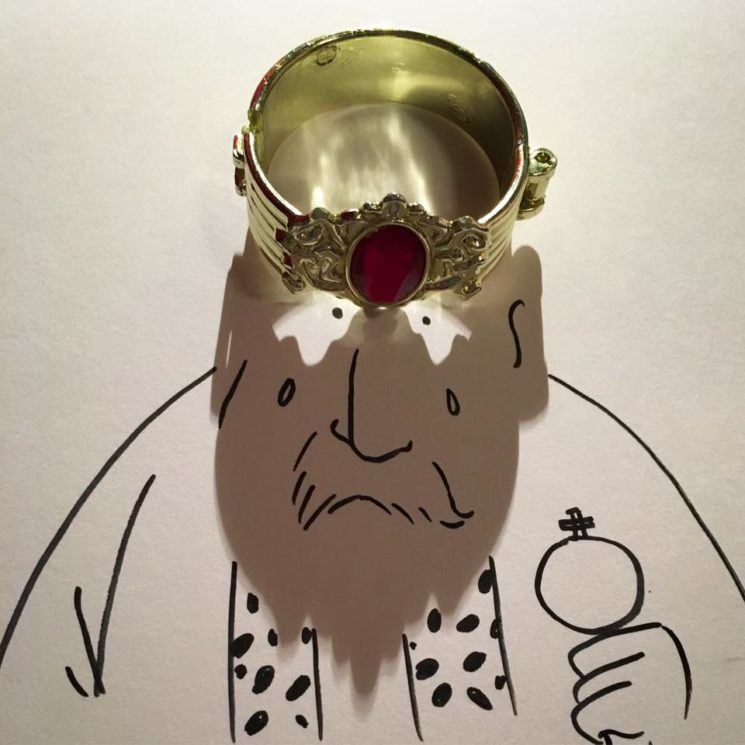 The tears of a crown 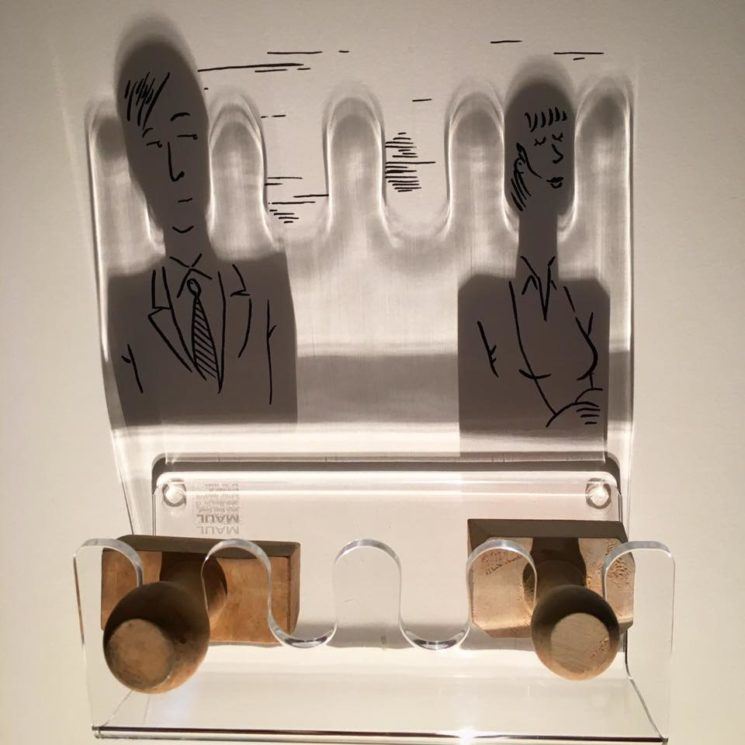 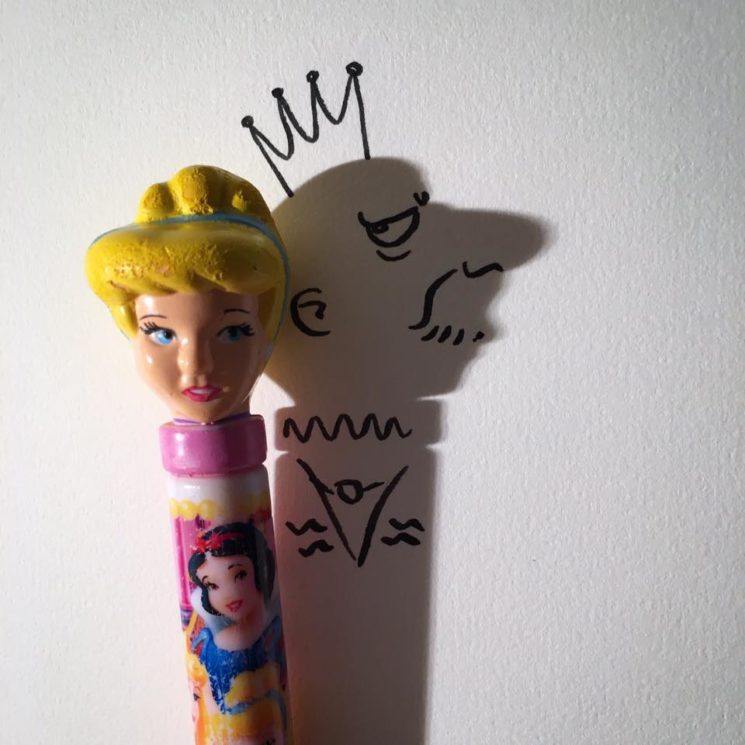 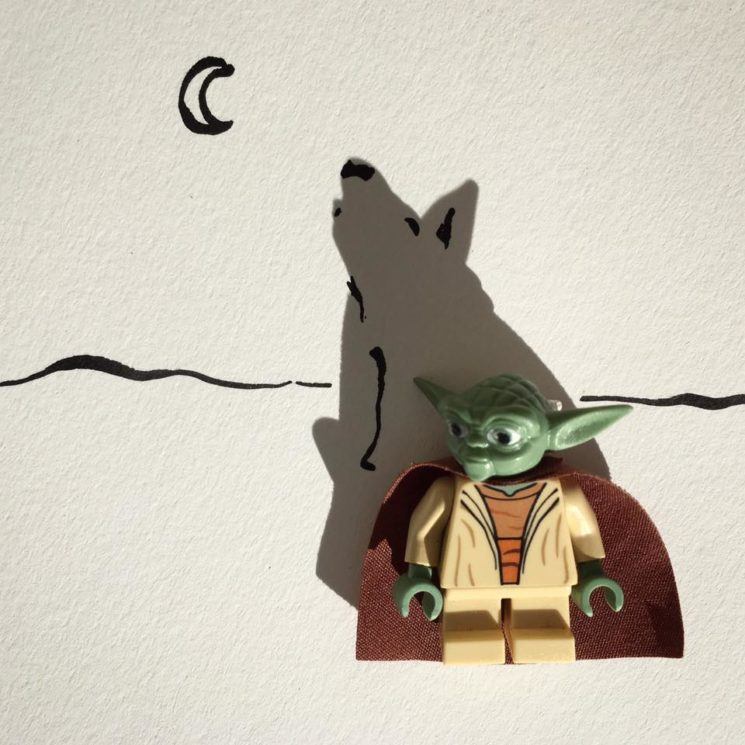 Moon at the howl you must 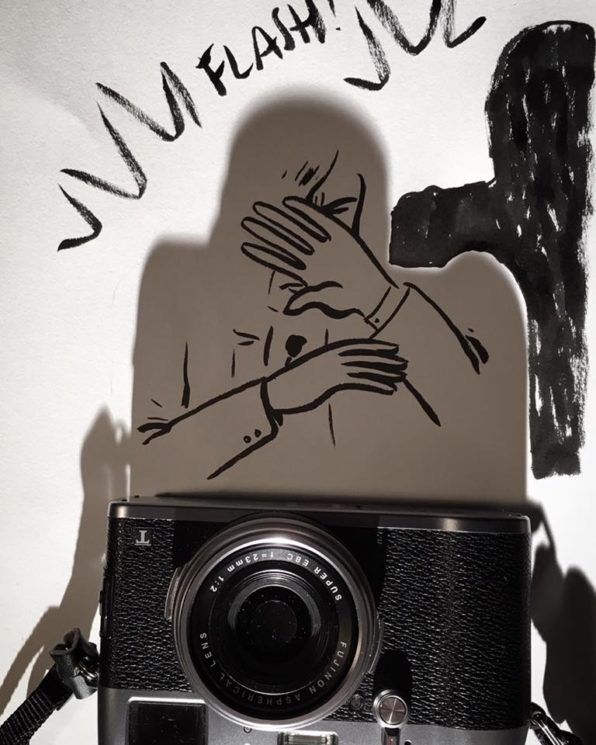 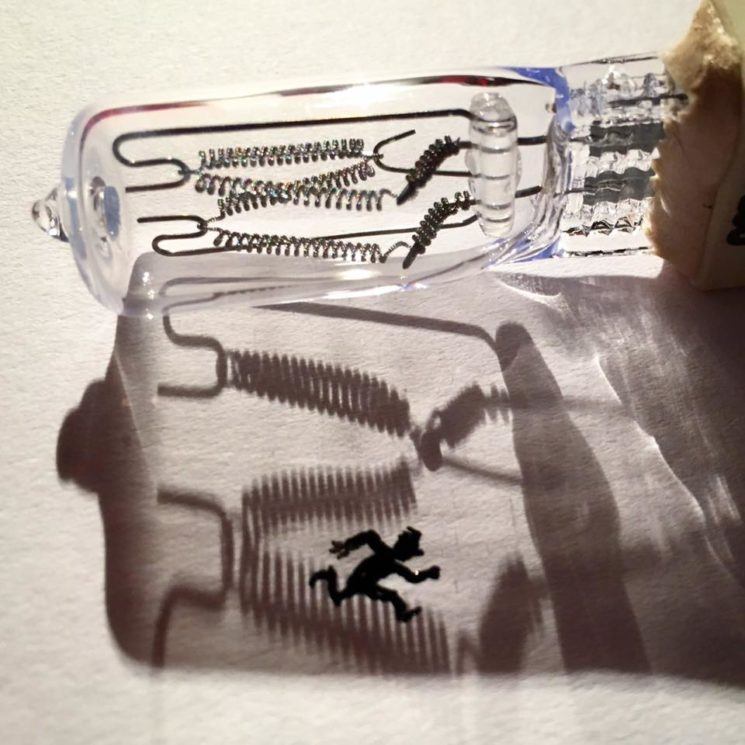 Descending stairway at the speed of light 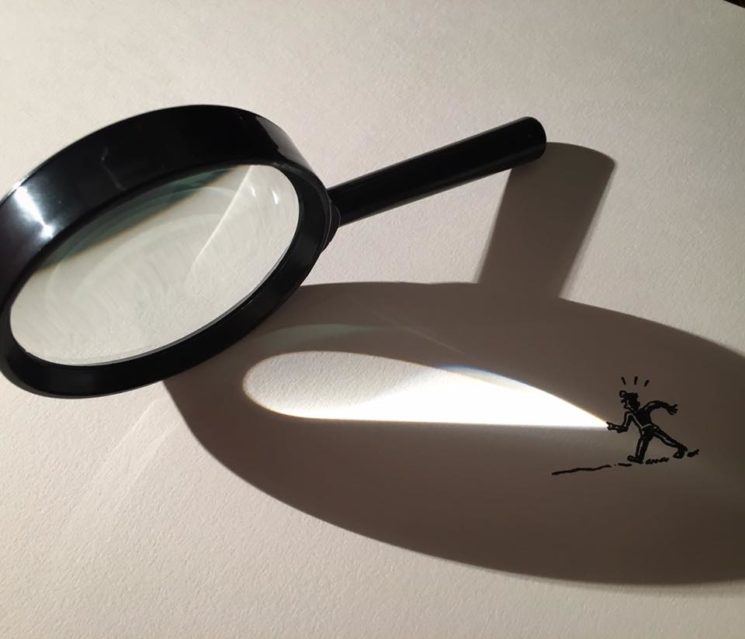 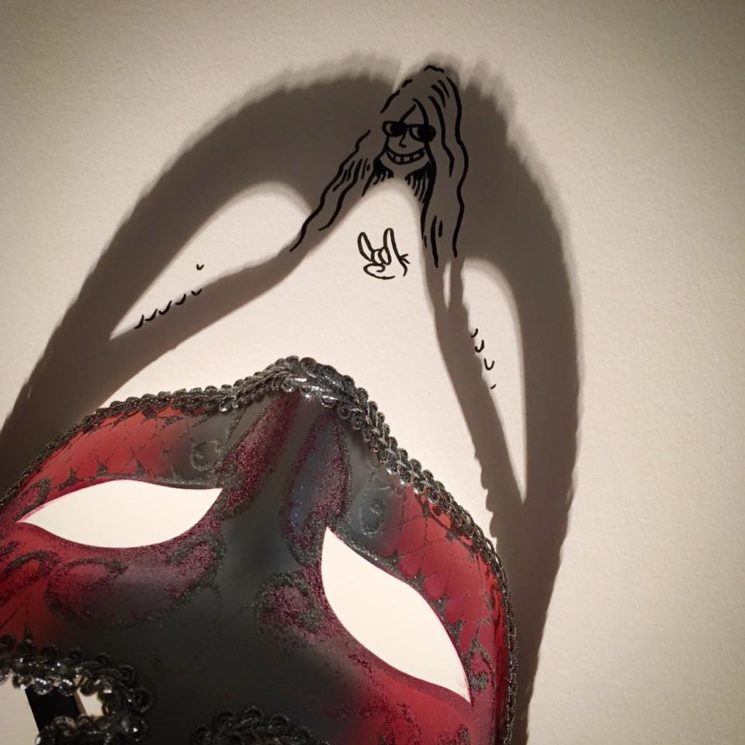 I really had fun watching Vincent’s photos. But there is something more to this project, which I think is more important. Shadowlogy relies on Vincent’s vivid imagination, and it helps us rekindle ours. We burst with imagination while we are children, but it inevitably fades when we grow up. And projects like this make it vivid and childlike again. I must say Shadowlogy has made me wake up my inner child and reminded me to watch the world around me in a more creative and fun way. What about you?

Vincent Bal is a Belgian filmmaker and artist. He’s the creator of four feature films, several short films, commercials – and Shadowlogy. If you enjoy his work, you can find Shadowlogy prints and postcards on Vincent’s Etsy web shop. He is preparing a new project for May 2017: a short film that will combine live action and Shawdology technique. So, stay tuned and follow Vincent’s website, Instagram, Twitter and Facebook.

This AI-powered app turns your doodles into realistic “photos”

« The Value of Social Media Followers: Does It Matter If They Are Real or Fake?
If you can only have one light, strongly consider a big octabox »