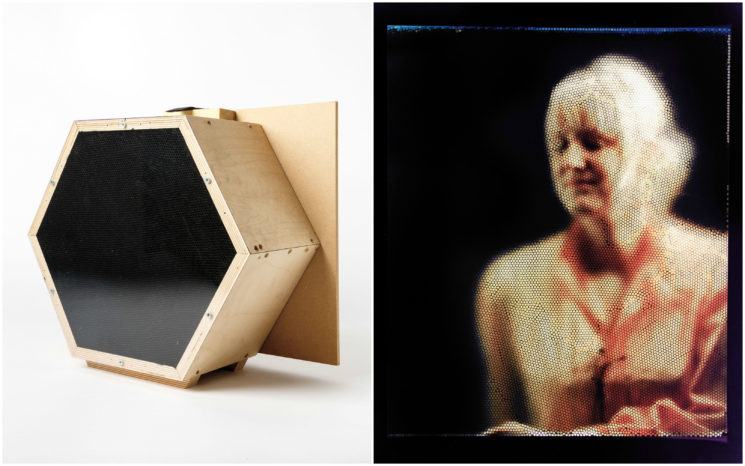 If you are creative enough, you can make a camera from all kinds of things. And two UK artists, Michael (Mick) Farrell and Cliff Haynes created, were creative enough to make one from 32,000 drinking straws. We’ve seen and made some DIY photo projects with straws, but Straw Camera is the most unordinary and the most demanding so far. The results are truly amazing, and most of all – unusual and unique.

As Cliff explains, he and Mick started the process of creating the camera in 2007. Their idea was to create the images in the most direct possible manner. The idea started from Mick’s interest in pinhole cameras, but the straw camera actually works in a different way.

The image in the pinhole camera is created from a single point perspective. On the other hand, the straw camera has multipoint perspective. 23,000 in its first version, to be exact. Mick and Cliff stacked this number of straws in a wooden box. The light went through each individual straw and recorded onto the photo sensitive material at the opposite end, creating a direct analog process. 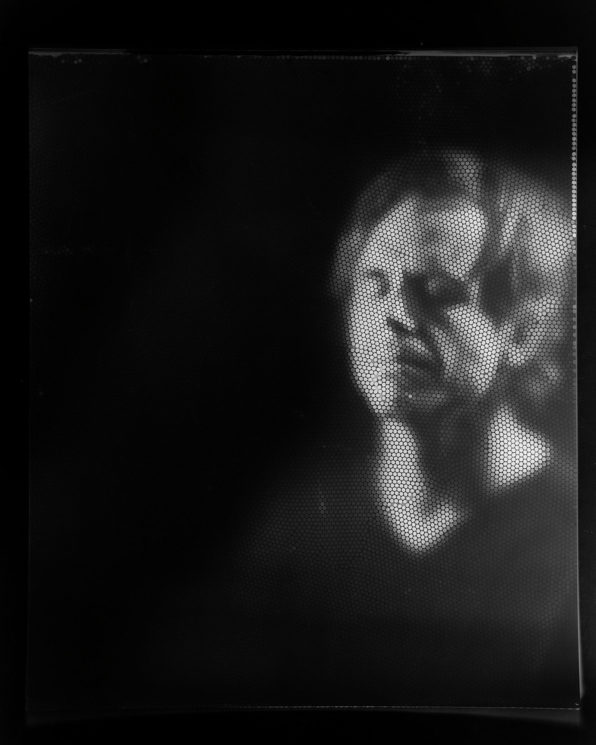 After they tested the  camera with black and white, they used color paper as a negative. Then they contact printed to another sheet of color paper and finished up with a positive image.

The first camera consisted of 23,000 straws, 10” (254mm) long and with 2mm diameter. Each of them gave aperture around f/127, and this was the starting point for the exposure. The straws were stacked in a 10” deep box. It had a Perspex front on it, which had two functions. First, it prevented the straws from falling out, and second, it was used to tape the filtration using theater lighting gels. However, it was filtering too much light, so they decided to do color control at the contact printing stage.

The duo started testing the camera by photographing still life. As Cliff explains, “objects don’t fidget or get annoyed, allowing us to hone our skills in production”. 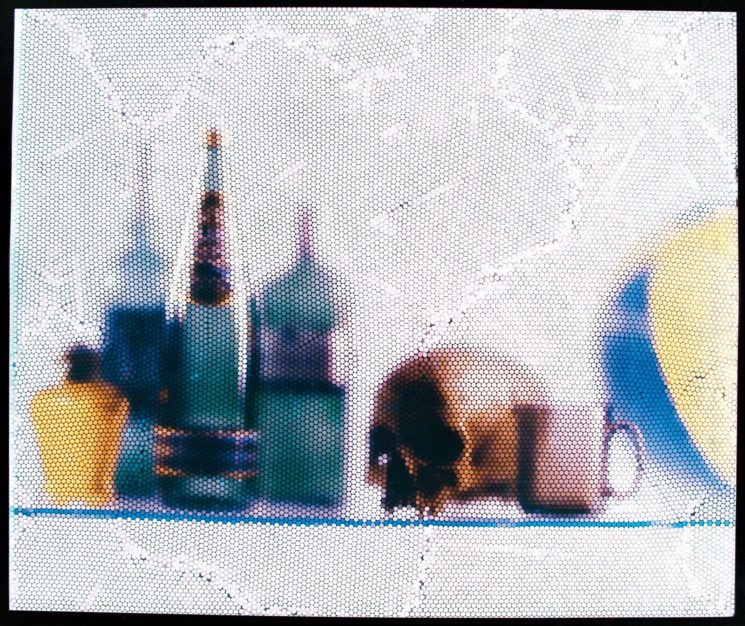 However, they thought that the portraits taken with this camera would be more interesting and intriguing, so this was the next stage. And this is how the process looked like:

“The sitter would have to wait in the dark whilst the camera was loaded. They were then asked to take a pose and given a countdown to the firing of the flash. The majority of our output was portraiture”. 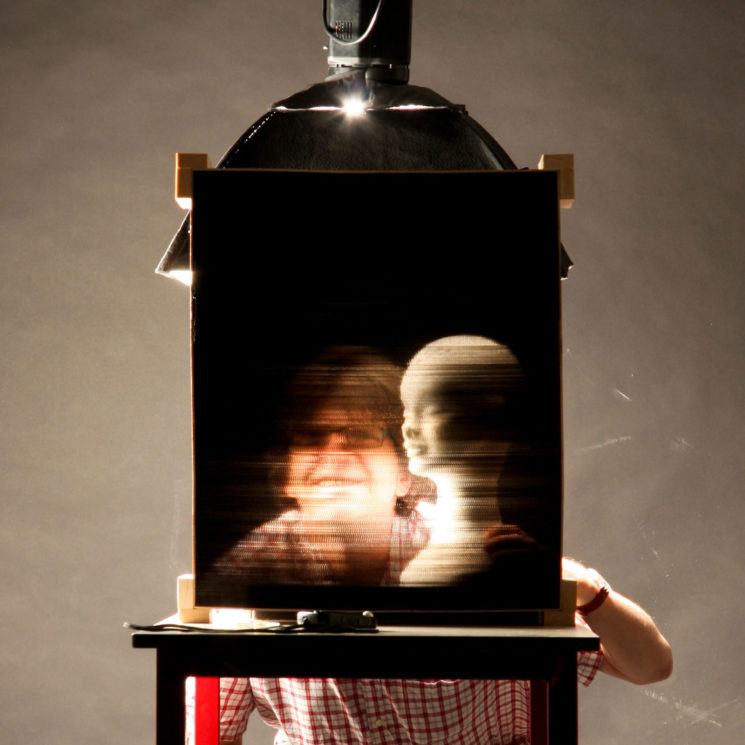 Mick points out that the straws were never going to be even. Each time there were slight changes in the image, as the straws settled in the box. And they would keep adding the straws, and ended up with the number of 32,000. Personally, this inconsistency is one of the things I find particularly charming about the images produced with a straw camera. Each has its own “nature”, a different signature, and each is absolutely unique.

However, they wanted more consistent results, so they came up with another version. This new and improved Straw Camera had layers of black corrugated plastic instead of straws, and it created much more even results. Take a look at more images taken with the Straw Camera: 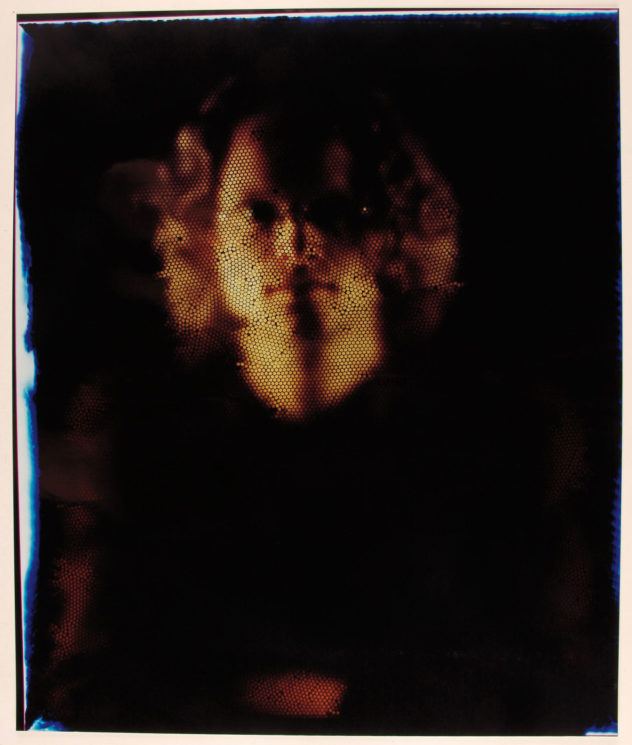 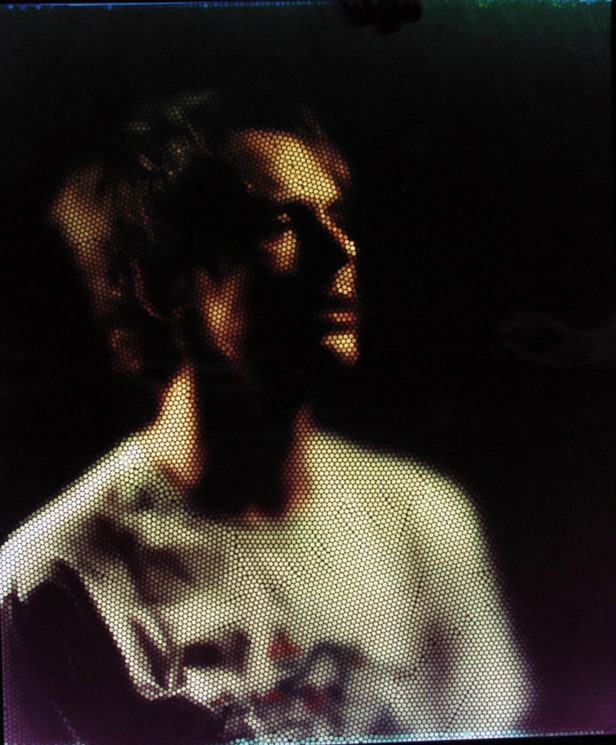 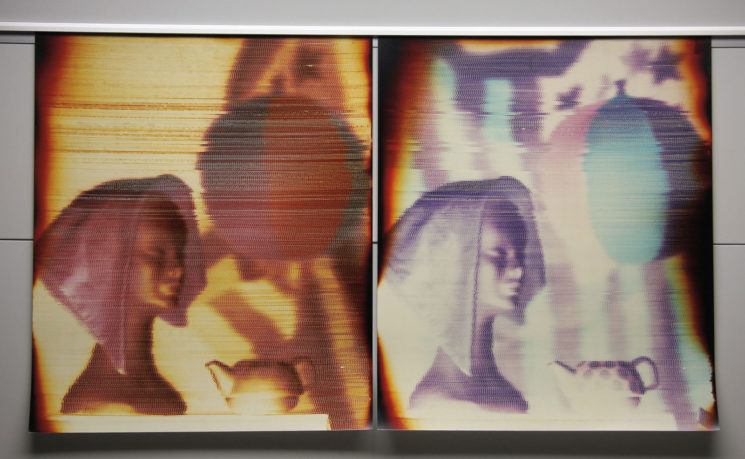 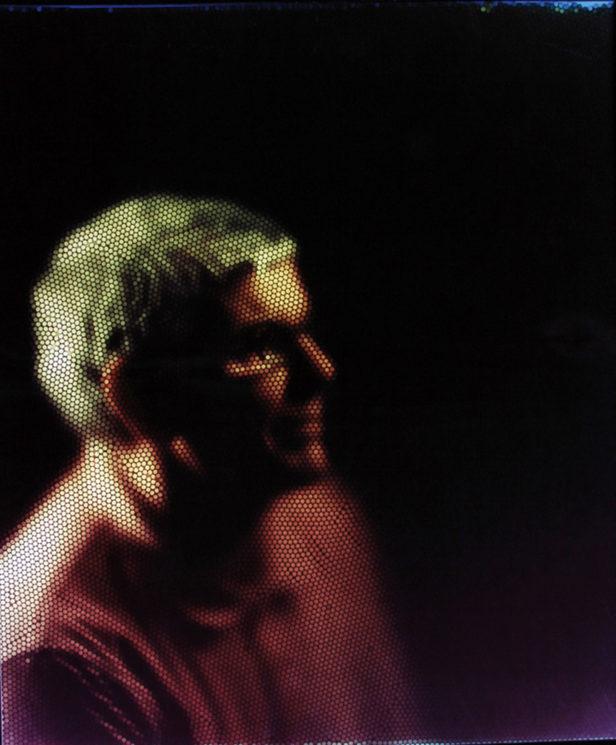 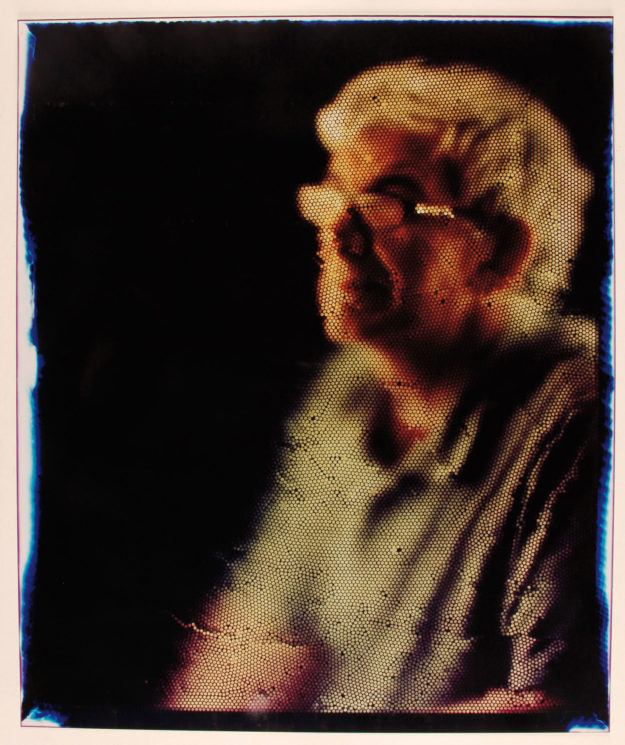 I have to say I am absolutely enchanted by this project. I love the idea of turning something so simple and everyday into a camera. Also, I love the results that came out from this project. The photos are unique and different from anything I’ve seen so far. And although the main goal of the duo was shooting portraits, I like the still life photos, too.

If you would like to find out more about the camera and the process of making, visit the Straw Camera website. If you enjoy reading, there is a book Straw Camera available on Blurb. It features portraits, still life and work in progress created with the Straw Camera, together with an essay by Liz Rideal, and Cliff Haynes’ writings about the whole process and collaboration with Mick Farrel.

Michael (Mick) Farrell was born in Paisley in 1964. He studied Fine Art at Birmingham City University completing his BA in 1986 and MA in 1995. He worked in education for many years before becoming Photography Technician at the Slade, where he worked from 2003 until his death in 2015. In his work, he explored relationship between photography and sculpture and often brought these two art forms together.

Cliff Haynes was born in Derby in 1949. After studying Sculpture and Fine Art Practice in the Midlands he undertook a Higher Diploma in Fine Art at the Slade School of Fine Art where he became a Technician in Photography holding this post until early retirement in 2007.

Why undermining your own photography is like drinking powdered milk

Drinking Beer – Out! Snooting – In!