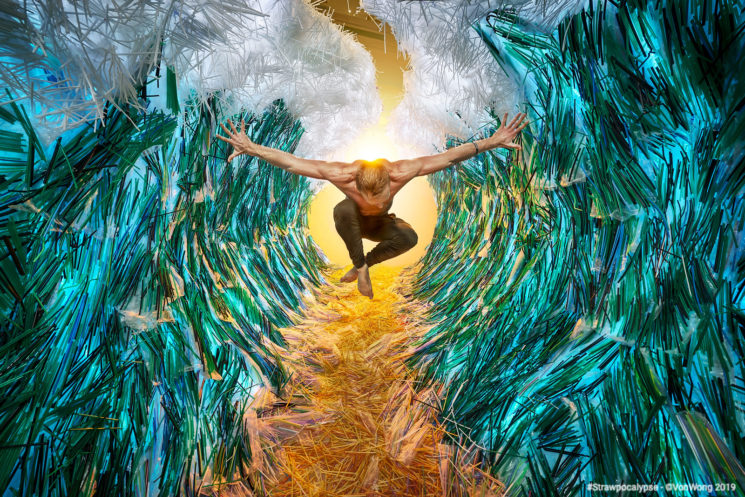 Photographer Benjamin Von Wong is known for his ambitious projects which often point to serious environmental issues we’re faced with. In his latest project named Strawpocalypse, his models “parted the sea” made of 168,000 used plastic straws. It took a lot of time and effort to build the installation. But it paid off: Ben took some fantastic images which send a message that we can do something to decrease pollution of the sea with plastic.

By creating Strawpocalypse, Ben wanted to encourage people to do as little as turn down their next plastic straw. I’ve seen this trend on social media as well, where people encourage each other to do this. But why is this so? As Ben explains, the problem with plastic straws is that they’re virtually impossible to recycle in most places around the world because of their small size and weight.

With a truckload of plastic flowing into the ocean every 60 seconds, it’s easy to feel overwhelmed – but I’ve always believed that its less about what we can’t do, and more about what we can do – even if it’s something as small as saying “No Straw please”.

When he started thinking how to create his installation, Ben realized that he could get 100,000 straws for only $10. However, this definitely wouldn’t have been in the spirit of his project, no matter how convenient it would be. So, he went a more difficult route.

Ben had a chat with Julia from Zero Waste Saigon, and they stepped in and offered to help. Along with Starbucks Vietnam and hundreds of volunteers, they gathered a total of 168,000 straws for Ben’s project. And they spent over 6 months to collect the straws, so Ben could bring his latest project to life.

After gathering the straws, Ben and the team of volunteers organized them by color to represent different parts of the wave: green/blue/black for the base of the wave, white for the froth on top, orange/yellow for the sand and all other transparent ones as transition points in the structure. I can only imagine how much time and patience it took to organize almost 170,000 straws! The team also collected used plastic bags for the installation. The plan was to use them as support for the straws, but also to act as a diffuser for the LED lighting of the structure. 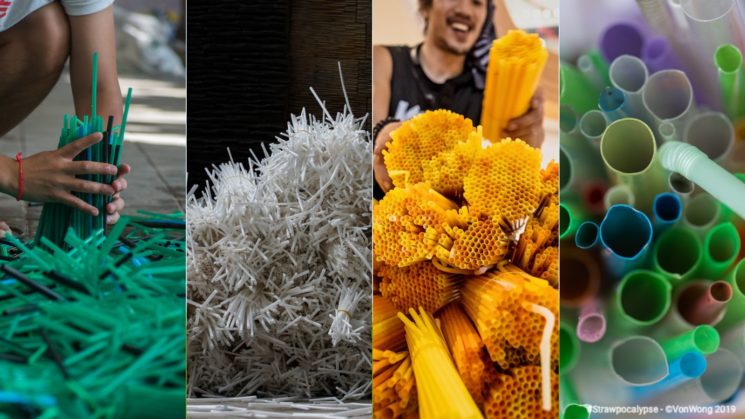 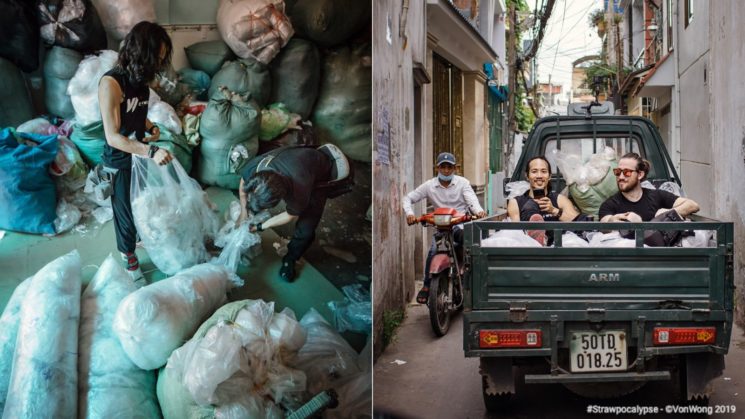 While the volunteers were arranging the straws, Ben and the rest of his team worked with a local builder to create a supporting structure for the “sea of straws.” The idea was designed with the help of Nick Moser, a technical builder in San Francisco and Stefan Suknjaja, an escape room designer in Novi Sad, Serbia. However, it was still a challenge to figure out where and how to build the construction in Vietnam. Fosha Zyang, a local set designer, stepped in and helped the team out. 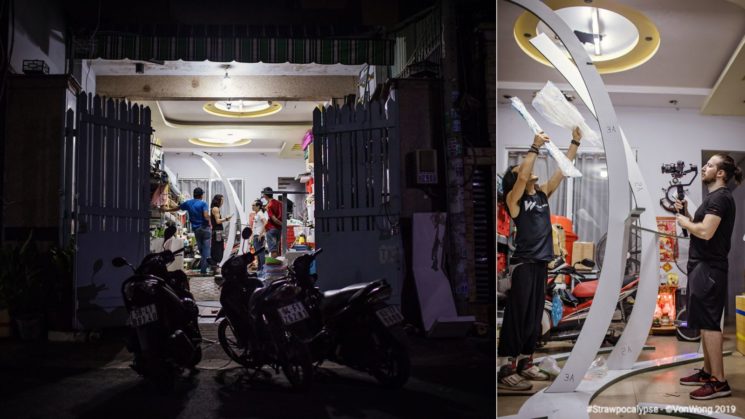 Finally, the team arranged the straws to resemble the strokes of a paintbrush. None of them knew for sure whether or not things would look good. But, as the structure began to take shape, they realized that it would look just as imagined. 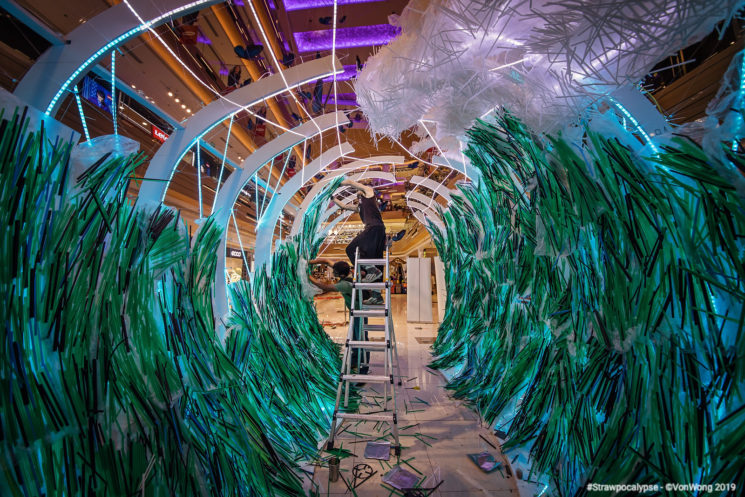 The result of the efforts is a 3.3m (almost 11 ft) tall art installation which represents the Parting of the Plastic Sea. The final touch was a “sun” in between the two waves, built by connecting a couple LED panels together with galvanized wire.

Here’s the BTS video showing how this installation was built. As I mentioned, it took a lot of time and effort, but it was definitely worth it.

The installation is currently in Estella Place, Ho Chi Minh City, and it looks absolutely stunning. It will be there until 24th March 2019, after which it will hopefully find a new home in a museum or other institution willing to sponsor the project. Below you can see the photos Ben took inside the “sea of straws,” and you can read more about the project on his blog. 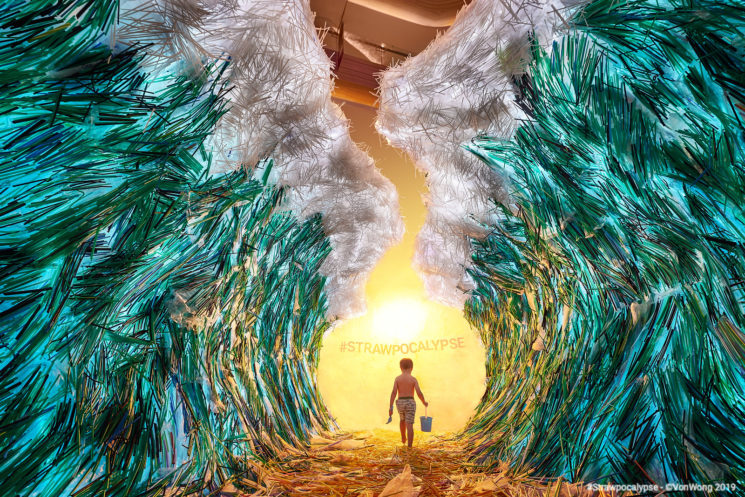 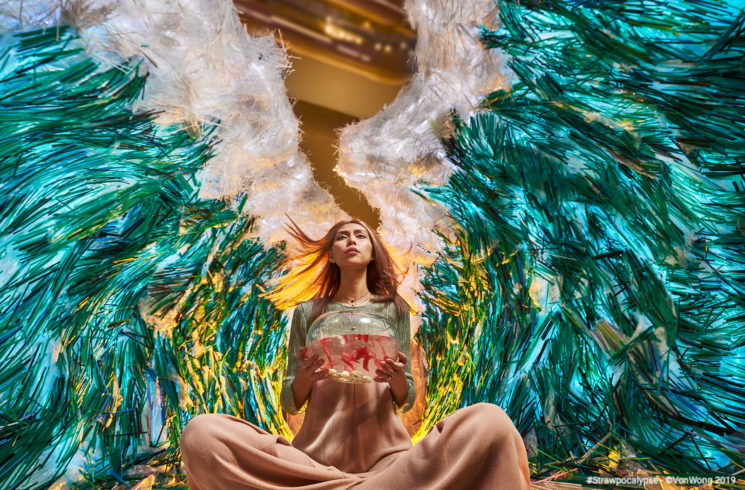 Photographer turns 10,000 plastic bottles into an ocean for this mermaid shoot

« You can now apply for $10,000 Nikon Storytellers Scholarship
How to eliminate reflections on glass when shooting with flash »