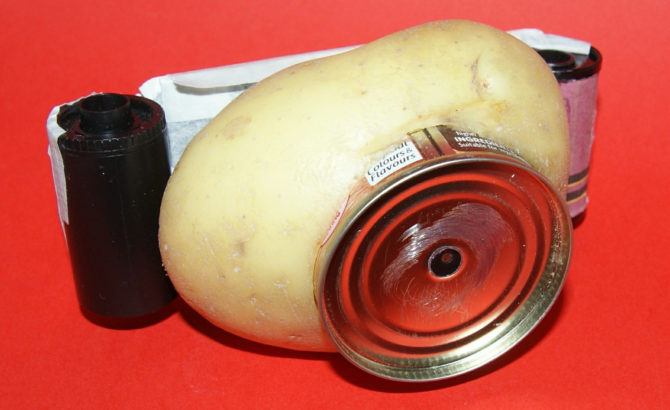 Using the term “potato” to describe what we feel are inadequate devices is commonplace. My wife refers to her computer as a potato, because it’s pretty old and getting kinda slow. Many consider some of the original DSLRs of a little over a decade ago to be potatoes by today’s standards. For Australian photographer Colin Lowe, it’s not just a metaphor.

Colin actually built a pinhole camera out of a potato. Best of all, he did it to win a bet! We’ve seen some pretty cool pinhole cameras made from a variety of materials, but this is one of the most unusual I’ve ever come across. This isn’t the first pinhole camera that Colin’s made, and we wanted to find out more. So, DIYP got in touch with Colin to have a chat.

For most people who’ve ever shot film, or wanted to, pinhole cameras have a simple intrigue about them. There’s something about the minimalism of them that brings them a lot of attention. We asked Colin when he got started in pinhole photography and what keeps him coming back for more.

I made my first pinhole camera more years than I care to remember. I started making them seriously after joining an alternative photography forum over five years ago.

What keeps me going, well, I guess it’s the challenge of creating images using a form of very primitive technology.

They are indeed a great challenge. Once your camera is constructed, you basically have control over two aspects. What ISO (or ASA) film you load into it and how long you keep the shutter open. Your aperture is fixed (and difficult to size without the assistance of a laser) and composition is often just a best guess. 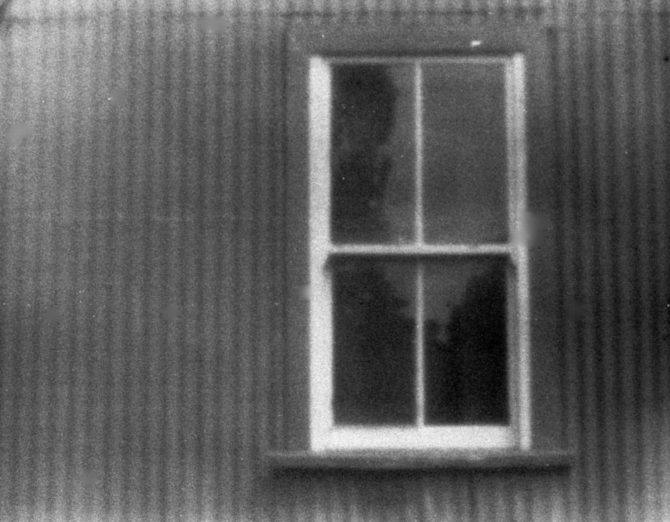 Colin has made pinhole cameras from a variety of different materials over the years. We asked him why he decided to make one from a potato.

It was a bet, it started when I posted images of a camera made from driftwood (this camera will be my entry in an exhibition in November) on Facebook. A nephew commented “I bet Uncle Colin can’t make a camera out of a potato”.

Well, when our nephews and nieces set us challenges, we have to rise to the task. I sure know how that is. Using something like a potato, though, does come with potential problems. For a start, it’s a potato. They’re not exactly known for their longevity.

Yes using anything organic won’t have a very long shelf life. Making the SpudCam was never about creating an archival camera, more the challenge of capturing images with a something as simple as the humble spud.

For those that want to know the technical specs, the camera was made from a Creme Gold potato. The focal length of the lens is 60mm, and has a 300 micro laser cut pinhole providing an f/200 aperture.

The Mk I model only lasted a few days before the flesh became very soft, I think part of the problem could have been caused by the black paint I had used for light proofing. Could one be built that will last for ever? I am working on that and only time will tell. 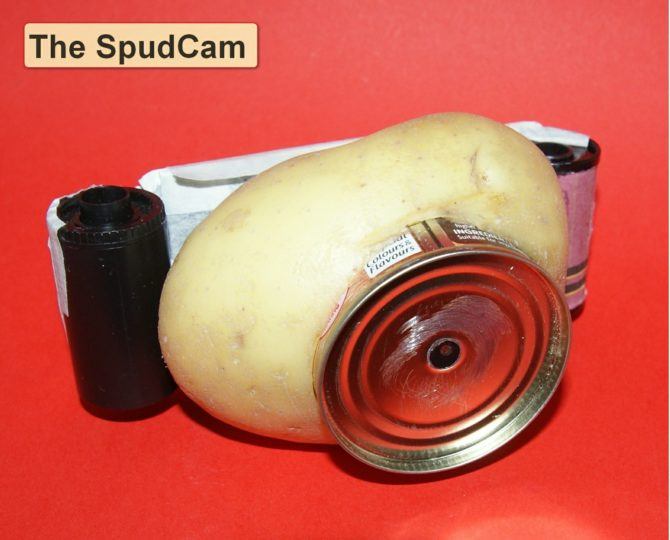 It will be interesting to see if Colin can make one that will stand the test of time. His first camera might not have lasted very long, but it achieved its goal, and the images it allowed Colin to produce are rather interesting. 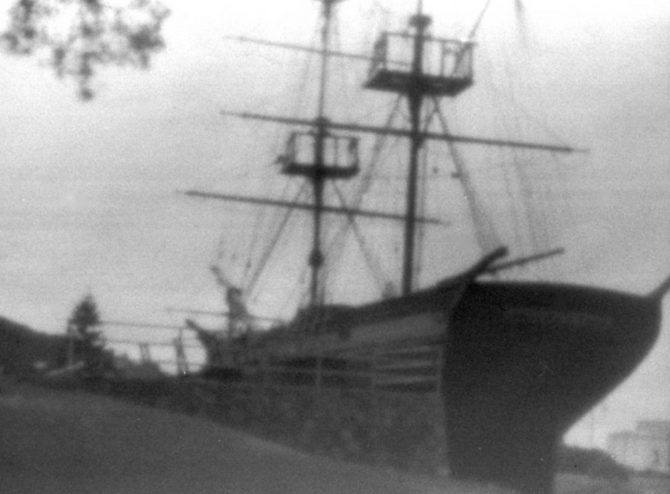 Sure. pinhole cameras aren’t anywhere near as sharp and detailed as a modern DSLR, but they really don’t need to be. There’s just something about capturing an image, any kind of image, with such primitive tools. They have a kind of abstract quality and character about them that are otherwise impossible to achieve.

With the SpudCam Mk I now behind him, we asked Colin what was next on his pinhole agenda. Will he build that ever lasting Mk II? Or will he try something else?

Yes I’m thinking of making the Mk II and I’m always looking for different materials. The camera I’m now working on is constructed from a Boab nut. The Boab tree can be found only in the Kimberley region of Western Australia .

Pinholes aren’t the only type of camera Colin uses, though. Like many of us who still shoot film, he also lives in the digital age.

I use all types of cameras like my Sony A200 digital or vintage cameras. I also print many of my photographs using what is called ‘Alternative photography’ like Salt, Cyanotype, Vandyke brown, Gum bichromate, etc.

At least I’m not the only one who believes that historic photography processes are absolutely fascinating to experiment with. Some photographers may not enjoy it or even see the point. For me, though, they offer insights and experiences in photography that let you approach topics with a new perspective. They teach us things that simply reading about them on the Internet cannot. 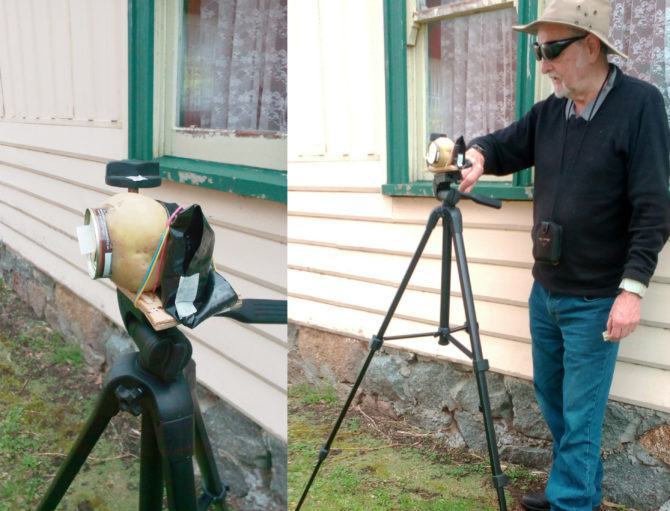 In closing our conversation, Colin offered some advice for those who are considering starting with pinhole photography themselves.

In this digital age, one problem that could occur is processing of the image. As a professional photographer/photographic printer I have the knowledge to print my own work. However, this could be difficult for those who have only ever used digital.

Making pinhole cameras isn’t rocket science and fantastic results can be achieved using just an empty drinks can, but with any home made camera the results can be hit and miss.

There are couple of options to buy ready made pinhole film cameras, so you would be guaranteed usable results. Or, you could get a pinhole plate that can be used on a digital camera.

The pinhole lens caps for DSLRs are great fun to play with. Depending on the camera you’re using and the amount of light available, you can even use them to shoot pinhole video.

Colin also entered an image into this year’s Worldwide Pinhole Photography Day event. Pinhole Day 2017 is on April 30th, so you’ve all got a few months to get your cameras built and ready to shoot. If you’re going to make one out of vegetables, though, I’d probably wait until April 29th before making it.

You can see more of Colin’s creations, including his new Boab nut pinhole camera on his Facebook page. The amount of attention to detail going into this camera is pretty amazing.

A couple of years ago, I debated whether or not to try and build a 4×5 large format pinhole camera. With 6 months until the next Pinhole Day, I might just have to finally do it.

Have you shot with a pinhole camera? Do you still shoot with them? Did you buy your pinhole or make your own? Has Colin’s SpudCam inspired you to give it a go? Let us know your thoughts in the comments.

Pinhole photography with a digital camera