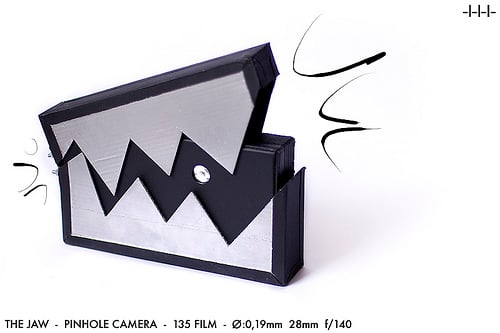 Steven Monteau has an impressive record as a pinhole camera builder. Last year we shared two pinhole tutorials that he made, one for The Battlefield Pinhole Camera and La Guillotine pinhole camera. Today, I wanna introduce you to Steven’s third creation, THE JAW.

The unique thing about THE JAW, aside being a ridiculously cool homemade pinhole camera, is the fact that it uses masks to interfere with the pattern exposed on the film. (oh yea, it shoots on good ol’ film).

The over-sized camera carries some other special features. It has an hidden space that carries spare masks, a tripod mount and a spectacular cable release controlled shutter made in the shape of a giant JAW. 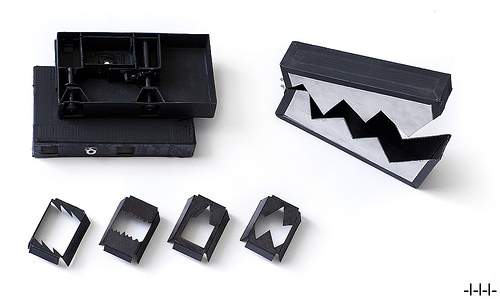 Here are frames taken with each of the different frames (Click any of the images for more info from Steven’s Flickr stream: 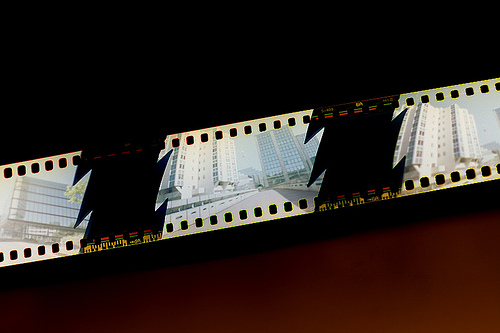 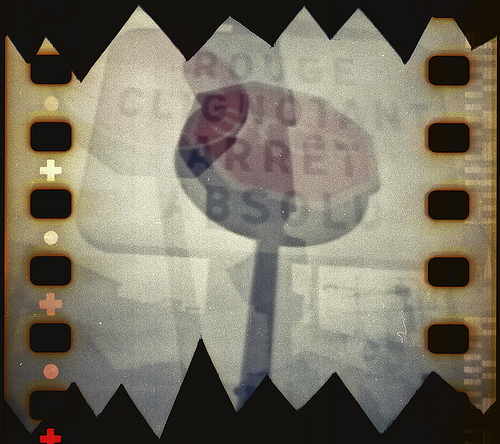 Here are some more images of the actual camera and the spectacular film it produces. 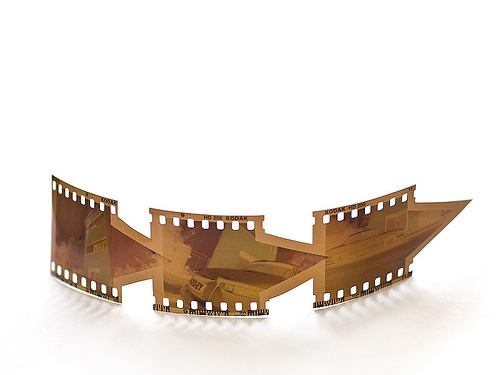 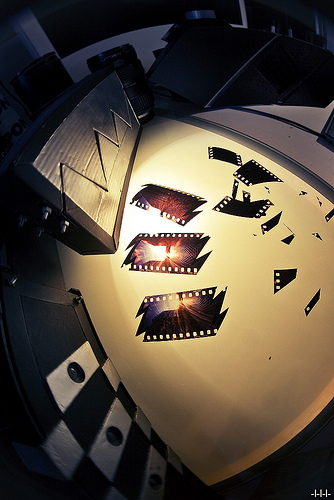