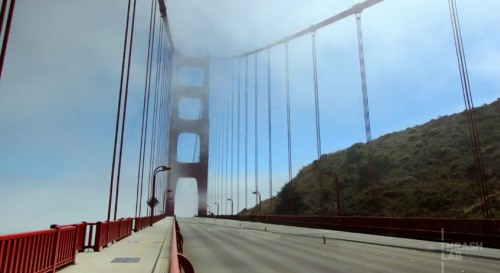 Would it be weird if we lived in a world without people? Ross Ching is exploring this questions exactly in a series of time-lapses called The Empty America.

The series is made out of time lapse movies taken in major cities in the us, with people magically removed from them.

So far movies have been taken in San Francisco, Seattle, New York City and Washington D.C.

I asked Ross about his motivation for the movies:

“People really find connections with things they recognize in situations that they don’t recognize. It’s almost as if the viewer is in on an inside joke. It’s something that I always try to incorporate into my work. And that’s why time-lapse, super slow motion, and stop motion are so prevalent on the internet.

“So when deciding which cities to feature in this series, I wanted people who have never even been to the locations to be able to pick out landmarks that they’ve seen before.”

When asked about the process, Ross tells us:

“I used 2 cameras, a T2i and a 60D. The average interval was about 4 seconds and I never did a time-lapse for more than 15 minutes. Magic Lantern was my firmware of choice because of it’s intervalometer setting — I didn’t have to bring external intervalometers and I was able to program the camera to stop taking pictures after 200 frames.

“Making this series presented a lot of challenges. The biggest one was figuring out how I was going to take 55 time lapses in 30 locations in 2.5 days. Many people spend weeks or even months making a 3 minute piece. So what I ended up doing was use Google Maps to virtually scout all the locations ahead of time. It gave me the ability to drive up to the location, setup, and move on.

There is also a great Behind The scenes, that explains a lot of how locations were scouted (google maps), Camera mounted (cardellini clamps), and other fascinating things that go on with a production like this (say 30 locations in less than 3 days).

and Ross also explains how to remove objects from the footage. If we could only do this with straying tourists.

Photographers, please don’t treat your models like they do in America’s Next Top Model