If you’re somebody who likes to take film photographs, you know the satisfaction you get from a film photo that you just don’t feel when you use digital. Just imagine seeing the first photo you get out of a camera you designed and built yourself! 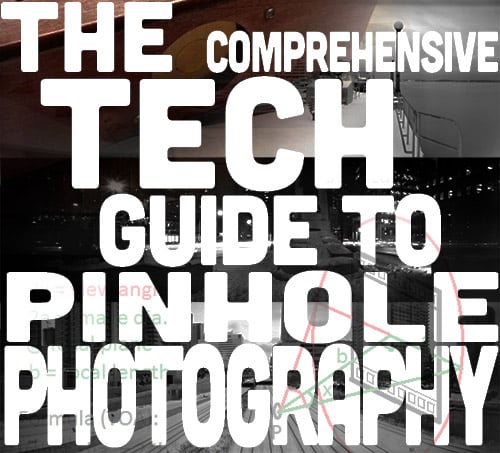 The process of designing and building a camera may seem daunting, but with a little patience and the help of this guide and some further reading, you’ll be able to do it. You can use this information to figure out what you want to build, gather some simple materials and tools, and build it!

I want it to be clear that building a pinhole camera relies on your abilities, available materials, and your desired outcome. As a result, this guide is less of a step-by-step and more of a lesson on how pinhole cameras work, the physics and math involved, and some practical knowledge I gained while researching and building my own cameras.

A pinhole camera is the simplest possible camera. Light rays reflect off of objects in all directions, and the lens on a camera re-aligns the rays so that they meet at the same spot on the film when the lens is correctly focused. Instead of a complex arrangement of glass lenses the pinhole camera uses a tiny hole to block almost all of the light rays except for the ones which are already aligned correctly. A mechanically timed shutter is replaced with anything that can cover the pinhole when the camera is not taking a shot. 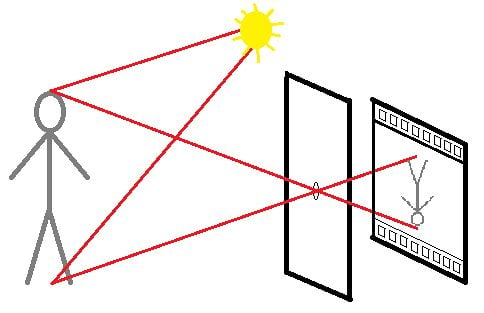 Designing a pinhole camera is a fairly simple and straightforward process. The first thing that needs to be done is to make or buy a pinhole. If you want to make your own pinhole at home, a good material to use is the metal from the side of a pop can. The thinner the better, as long as it is light-proof. Use a pin and a hammer to gently poke a hole through. Use an eraser or something soft to support the aluminum so it stays flat when being pressed on. Use some 600 grit sandpaper to sand away the protruding metal on the opposite side. If you have a microscope or a flatbed scanner you can inspect the pinhole roundness and quality. Special carbide micro drills can be purchased but a high speed drill press is required to use them. Pinholes can also be purchased from eBay or a few other specialty sites on the internet. Google will find an up-to-date list of locations.

The next value that needs to be calculated is the view angle of the pinhole. This is the angle which is the maximum angle that a ray of light can make it through the pinhole. The controlling factors of this value are the diameter of the hole and the thickness of the material. 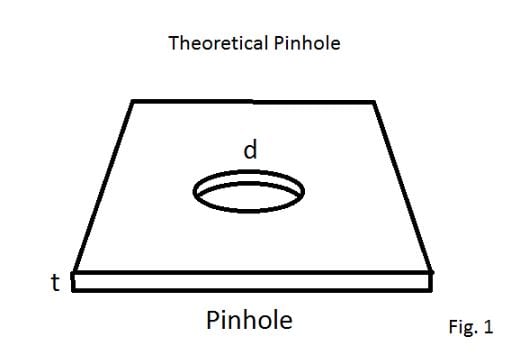 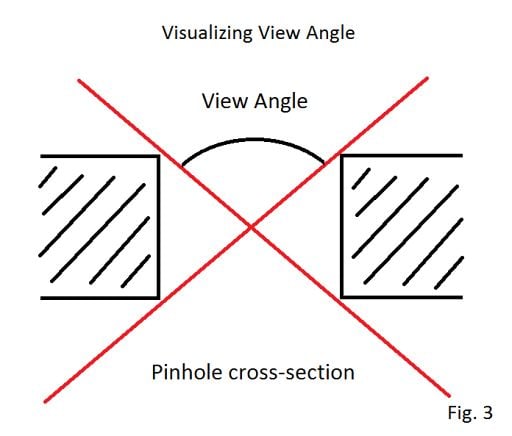 The view angle is solved using right-angle trigonometry. The simplified formula is: 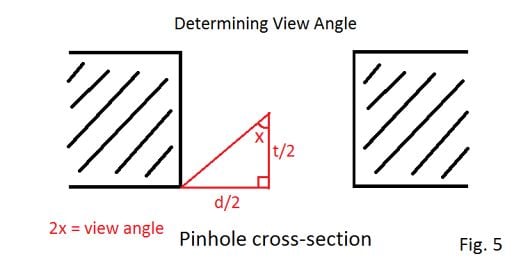 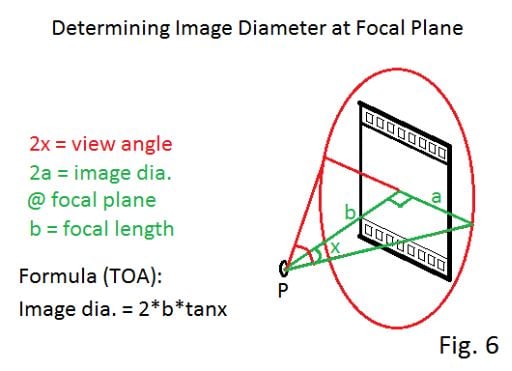 This view angle is information is crucial to determining if the pinhole, at its focal distance, will cover the film appropriately. Too little coverage and the result will be a circular image with black corners and edges. The diagonal of the film frame needs to fit inside the diameter of the coverage. The formula to determine the image diameter is:

In this example for calculating image diameter, the diameter has come out very large, meaning that combined with a curved film plane, it will allow for a 6cm tall by 17cm wide image to be taken on 120 film. This will produce a very panoramic and extremely wide view. 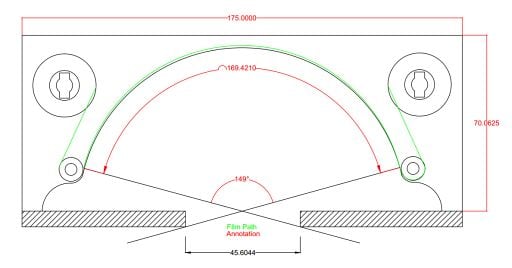 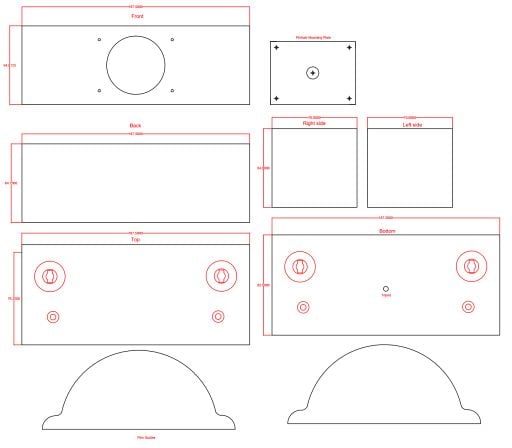 Once the math of the camera design is complete, the physical design and building can begin. The film and pinhole are placed in parallel to each other, the distance between them should be equal to the focal length. Utilizing a curved film plane allows the entire length of film to be exactly the correct and consistent distance from the pinhole, to ensure an even exposure.

The camera can be made from a pre-existing box or one can be made from scratch. It can be made of any material that can be light-proofed. A metal rod with one end filed flat and a guitar knob can be used as a film advance handle. Two are required, one to loosen the supply spool and one to tighten the take-up spool. 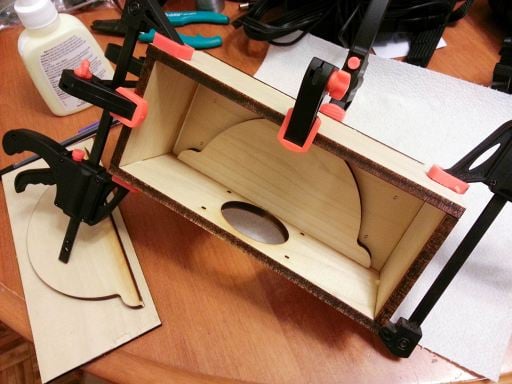 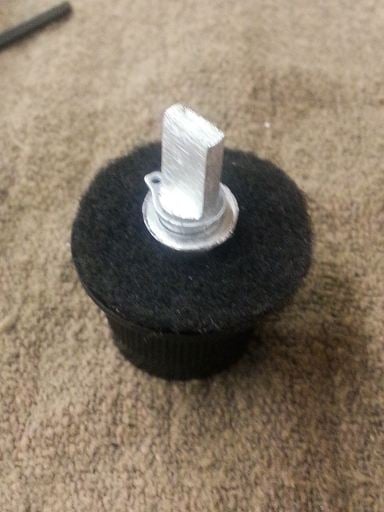 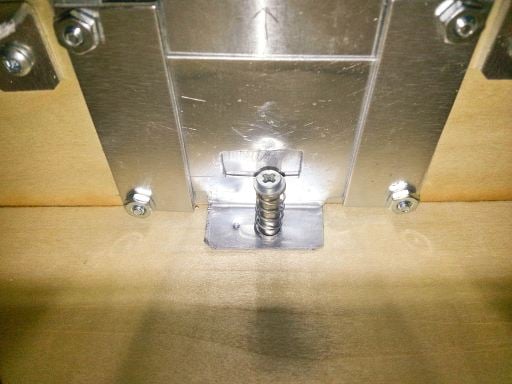 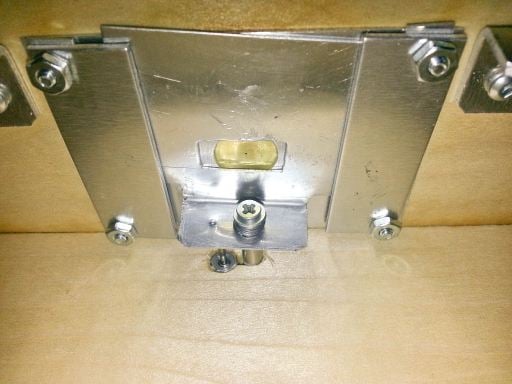 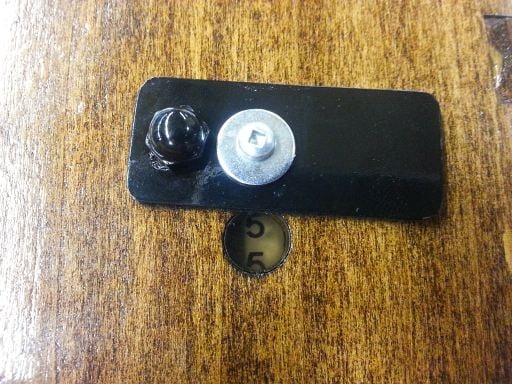 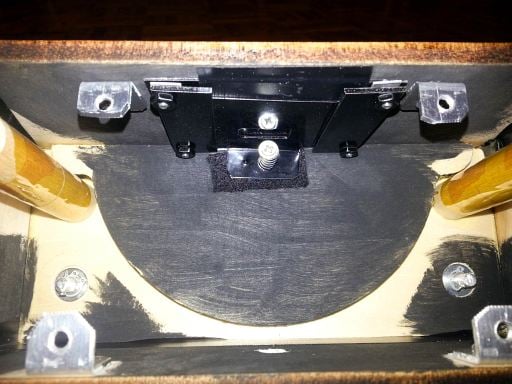 The next value that can now be determined is the equivalent f-stop. The f-stop value is a relationship between the diameter of the pinhole and the distance to the film. This number is valuable for calculating the exposure time required when taking a picture. The formula is:

Obviously, no other camera or meter is going to allow f221 as an option, so we need to make some calculations to find out how to do an equivalent exposure time from something that we can measure.

Pinhole exposure is not an exact science, so precise math is not required. This is the kind of thing you’ll have to calculate out in the field, so doing it in your head semi-accurately is acceptable. No need to bring a calculator. So, if the pinhole is f221, lets round to f256 to make life easier. If we count backwards to f16, there is a difference of 8 values. This means the amount of light through an f16 aperture is 28 times more than f256. This just so happens to be 256. This means that when we take a digital camera or light meter, set the ASA/ISO to the speed of the film in the camera, set the aperture to f16 and get a shutter speed, we multiply it by 256. For example, if we measure a value of 1 second, we will need to expose for 256 seconds to get enough light.

If all that calculating seemed straightforward, unfortunately its more complex than that. When exposed for a short period of time, film’s response to light is linear. Expose the film for twice as long, and the film will react twice as much to the light. However if you begin exposing for more than a few seconds, the film stops responding linearly. It actually takes a lot more light than you would expect. This is called reciprocity failure and it happens with all film. The solution is to use a chart to estimate the extra time needed. There is one attached above and can be printed out and brought with you when shooting until you have enough experience to make estimates without it’s help. Your film’s datasheet will have a section on its reciprocity characteristics and can be found online.

Using the example of a 256 second exposure, the reciprocity factor is approximately 4x for that length of exposure, so 256 seconds turns into 1024 seconds. 4 minutes to 17 minutes, what a huge difference! Of course, this is all just for “ideal” exposure. A few minutes less, or more, won’t hurt anything. In fact, I exposed my first test roll only 1/8th as long as I was supposed to and it came out looking pretty good.

Obviously with shutter speeds this long a tripod will always need to be used, and the camera should not be touched during the duration of the exposure. 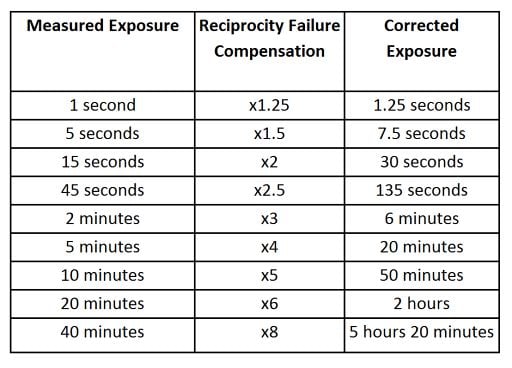 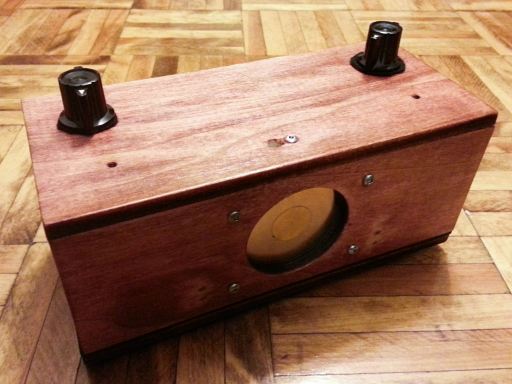 After developing, here are the results (click for larger view):

We got your attention, didn’t we? There is a great Instructable going into depth (yes, even more than here) on some of the aspects. It was also written by Matt, so expect great explanations, high-end math and Laser cutting.

If you are seeking to build a camera without all the math behind it, check out our Pinhole photography section, lots of goodies there, like 23 pinhole cameras you can build at home. If it is a challenge that you are seeking, go after The Battlefield or the La Guillotine – very complex but also very rewarding.

Matt Bechberger is a photographer and a maker from Canada. You can follow his Flickr stream here, and his awesome Instructables here.