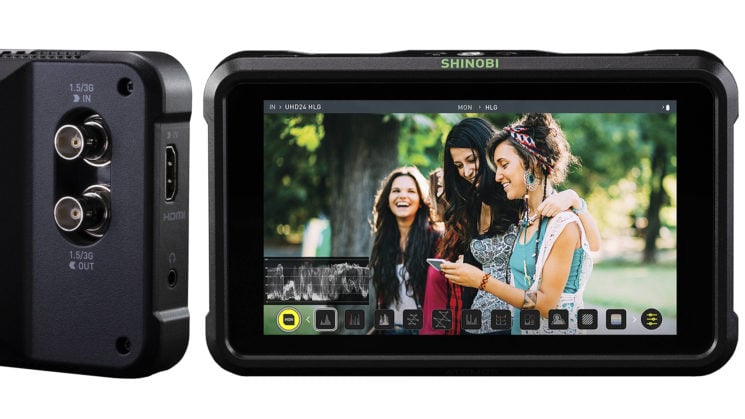 When the 5.2″ Atomos Shinobi was announced only last month, it got a lot of people very excited with its 1920×1080 pixel 1000 nit 427ppi touchscreen IPS display. Now we have a nice, fairly inexpensive HDMI field monitor capable of displaying 4K footage over HDMI with all of the usual bells and whistles we’ve come to know from Atomos’s higher-end recorder monitors.

The folks with higher-end cameras weren’t so pleased, though. While HDMI is ideal for those shooting DSLR or mirrorless cameras and others who only have HDMI outputs, those with more dedicated video cameras need SDI. Now, Atomos has announced a new SDI version of the Shinobi, and it’s only $499.

Like the original Shinobi announced last month, the Shinobi SDI also features an HDMI input. As well as this, though, it features SDI In and SDI Out. Neither monitor, though, offers an HDMI output. 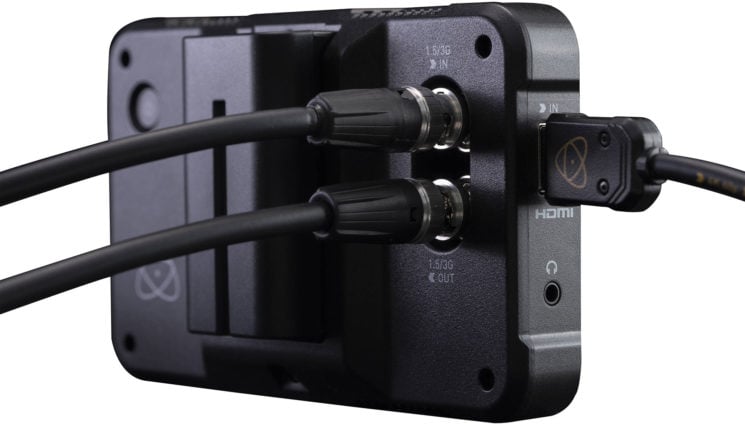 One point of note is that the Shinobi SDI’s SDI input is only 3G SDI, so it only supports HD signals. It doesn’t support 6G or 12G signals. It will, however, like the regular Shinobi, still accept a 4K signal through the HDMI input.

It uses the same Polycarbonate ABS construction, rather than aluminium like the Ninja V, to keep the weight down. But the Shinobi SDI is only 20g heavier than the Shinobi HDMI. This isn’t a massive amount, but it’s still an extra 10% over the 200g Shinobi HDMI. For larger camera users, though, this little extra isn’t really going to make a difference in the real world. And it’s still much lighter than many of the alternatives. 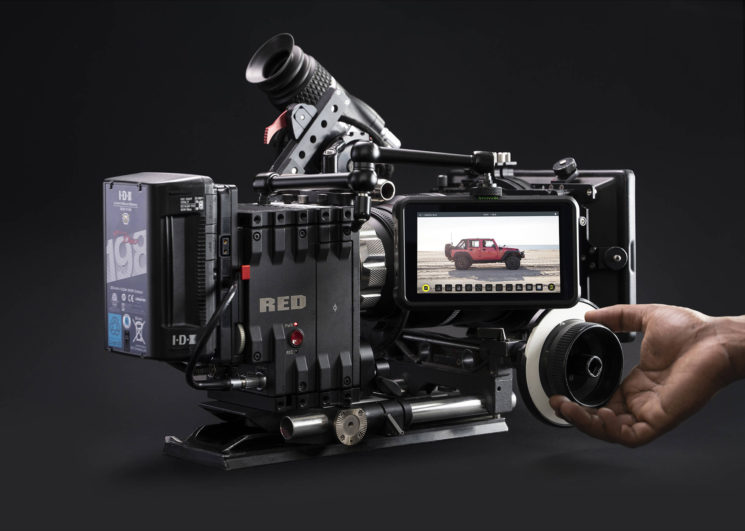 In all other respects, the two monitors are essentially identical. They come pre-calibrated to Rec.709 and can be recalibrated with an X-Rite i1 Display Pro with a USB to serial cable. The Shinobi screen with AtomHDR offers up to 10 stops of dynamic range, and the unit includes LUT support via the built-in SD card slot. It also features the same Waveform, Vectorscope, RGB parade, false colour, zebra stripes and other features we’d expect a company like Atomos to include in a field monitor.

« These mesmerizing eye photos were made entirely in-camera using multiple exposures
No, Olympus is NOT selling their camera business »