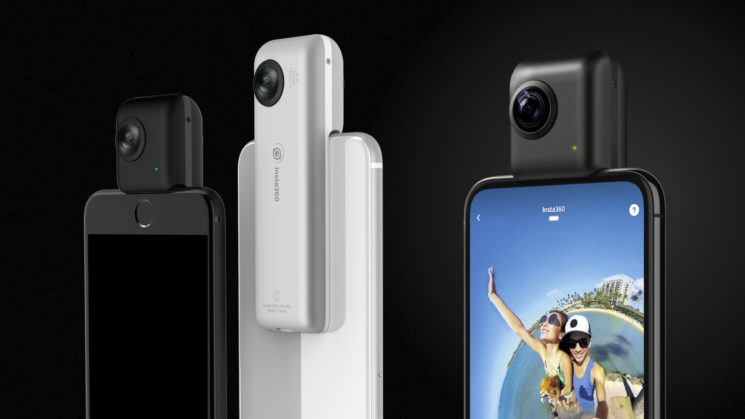 Insta360 has updated its line of affordable phone-friendly 360 cameras with the new Insta360 Nano S. It sees some rather significant upgrades over the original Nano that all look pretty exciting for iPhone owners. The Nano S is the same form factor as the original but beefs up that 3K video & 4.6MP stills to 4K 360° video and a massive 20 megapixel photos.

Announced at CES 2018, the new Nano S offers some very cool new features including 360 facetime style video chat, as well as picture-in-picture & multiview modes to shoot flat 2D video clips comprised of multiple angles. There’s also a new matte black colour option, and they even throw in a free tripod for when you want to be a little less selfie and a little more serious.

The camera houses a pair of Sony sensors capable of capturing up to 6272×3136 resolution and two lenses with an f/2.2 aperture. Still photos are shot in either jpg or DNG raw format. Video resolution goes up to 3840×1920 at 30 frames per second and is mp4, although there’s no mention og bitrate. As well as the lightning connector to your phone, it supports microSD cards up to 128GB in capacity.

The multiview mode looks particularly interesting. This allows you to show your camera’s view in a flat 2D shot, as many 360 cameras do, but instead of simply offering a single flat view, you can show multiple viewpoints simultaneously. 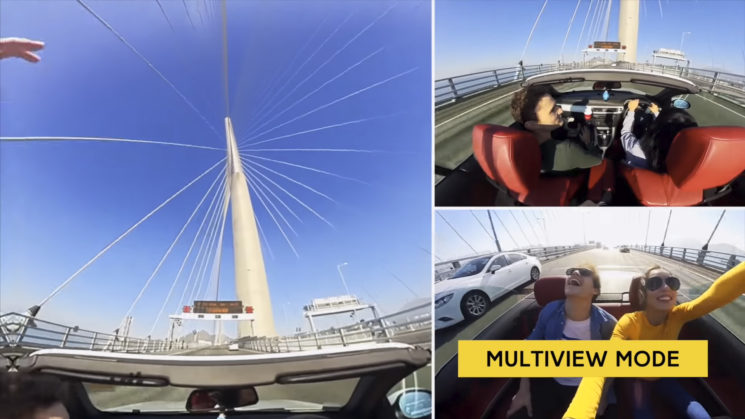 As well as letting you record 4K 360° footage, you can also live stream it as well, or post straight to Facebook, YouTube, Instagram, Snapchat and other social media platforms. Built-in stabilisation takes care of the wobbles associated with 360° handheld footage, too. And while on the subject of live streaming, you can use the multiview feature to show both the front and rear views of the scene (wouldn’t it be nice if phones could do this already?)

The Insta360 Nano S comes in at the relatively low price of only $239 and is available to purchase right now. That’s substantially less expensive than the 5.7K standalone YI 360 VR (review here), although the YI 360 VR has seen stabilisation, external microphone support and other features added. That’s also seen some pretty significant app upgrades, too. That multiview would be a nice addition, though.

And it’s only $10 more than the Samsung Gear 360 (2017 Edition) at a regular price of $229. However, the Samsung has just seen a pretty massive price drop since this announcement.

The world of 360 cameras just keeps getting better and better. And cheaper.

« How to create double exposure photos on Nikon in-camera. Sort of
This is what happens when you’re too eager to get the perfect shot »