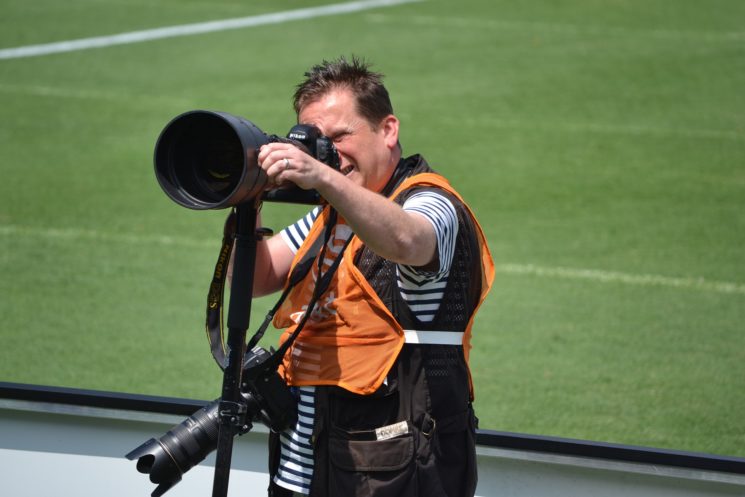 Last night, the College Football Playoff National Championship was played between Alabama and Georgia. After the game-winning touchdown, both the crowd and the players were ecstatic. In the overall madness, one photographer also got a little carried away… and he got knocked down by an ecstatic football player

In the video above, you can see the moment when the touchdown is scored, and everyone gets frantic. I guess the photographer wanted to catch the perfect moment of the celebration, but he had a bad timing, apparently. Some Redditors believe he was actually trying to get away from the upcoming crowd of players, he was just not fast enough. It all happens so fast, but you can see a slow-motion here, created by a Redditor xtos2001. I hope the photographer is fine after all. And I hope that he at least got some good shots.

Anticipating the moment and seeing the shot before it happens

Wedding Photographer Risks Life to Get The Perfect Shot