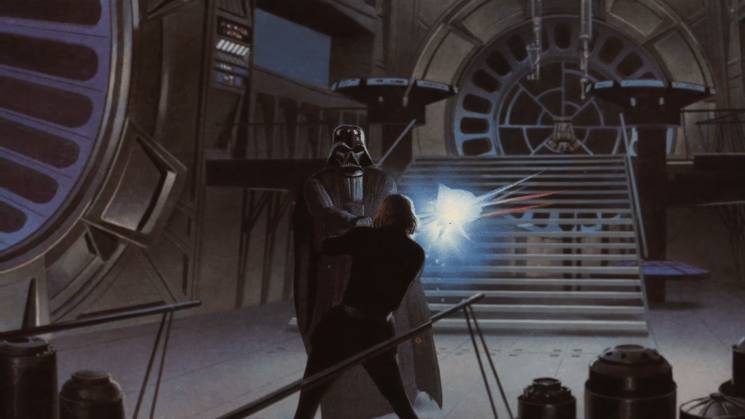 Did you know that the most iconic movie prop ever was made out of a piece of photographic gear? While George Lucas was making A New Hope, he used all sorts of junk as props. He wanted to suggest the sense of history and make the items in the movie seem used. Because of this, set decorator Roger Christian looked for props in thrift stores and at antique dealers. At a small photography shop, he found a piece of gear that will become something we can’t imagine Star Wars without, and a prop every Star Wars geek dreams of having.

In an old, dusty box, Roger found a flash handle from a vintage Graflex camera from the ‘40s. And he immediately saw it as a piece of weapon for the first Star Wars movie ever filmed. With some small modifications, the flash handle became Luke Skywalker’s lightsaber. 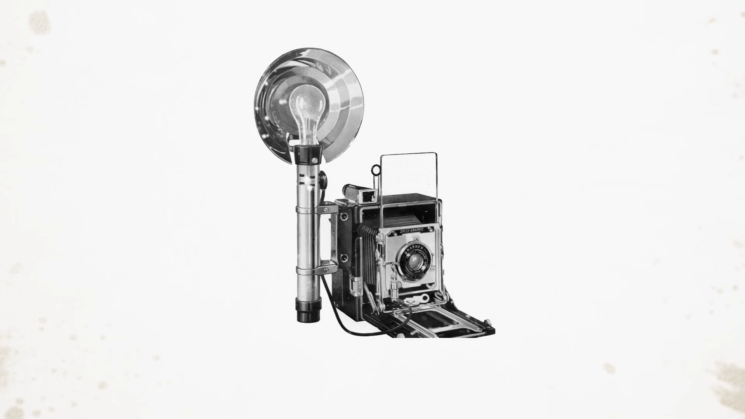 The lightsaber fired up the first time when Obi-Wan gave it to Luke. None of the crew knew at the time how iconic this prop would become. One of the two lightsabers Roger built for about 15$ was sold to Seattle Museum of pop Culture in 2012 for $250,000. It’s one of the most expensive movie props ever sold, right after the blaster from Blade Runner which was sold for $270,000.

Although Luke’s lightsaber was the first one built from the flash handle, it wasn’t the only one. Darth Vader’s also originates from photography equipment. Another interesting lightsaber was Obi-Wan’s, which originated from Rolls Royce Derwent engine balance pipe. It’s not photography related, but it’s too fun not to share. 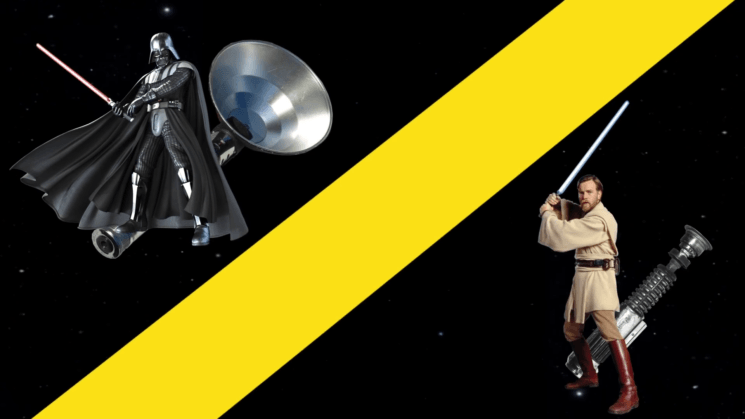 Thanks to the major success of Star Wars, the original Graflex flash handles became exceptionally rare and thus pretty expensive. Star Wars geeks want it as much as camera collectors. It’s possible to buy replicas, but serious prop collectors even take the handles to the third-party workshops to get them modified as the lightsabers. Some of these props are even sold directly to Disney, and they reach prices up to $15,000.

The success of Star Wars doesn’t seem to decrease. What’s more, a lightsaber plays quite a significant role in The Force Awakens. So, the popularity of this iconic movie weapon is not likely to decrease anytime soon. I find it very interesting that such a legendary prop actually comes from a photographic gear. It connects one of my favorite movies to my favorite hobby. Do you know any other props that originate from photographic gear? I’m curious to hear.

[How A Camera Flash Became Star Wars Legend via DigitalRev]