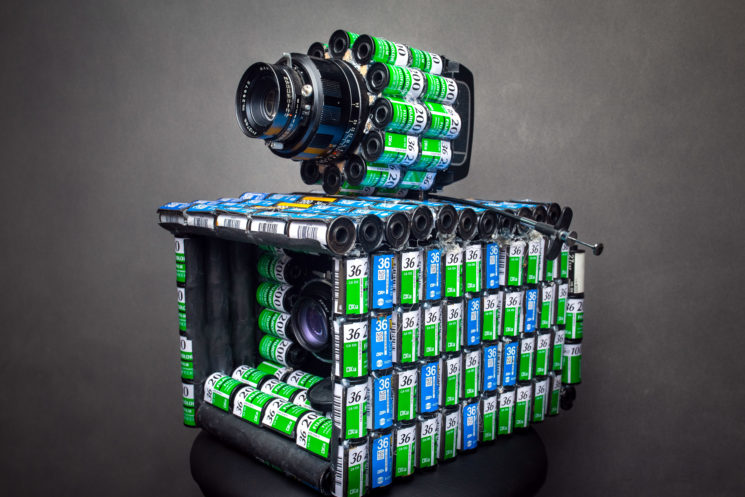 Perhaps you remember Iranian photographer Alireza Rostami for some of his epic projects. He has turned an old watch and a broken computer into working cameras, and now he has made two film cameras from 35mm film cassettes. One of them is a 4×5 camera with 120film back, and the other is a medium format camera. They don’t only look interesting, but pay a perfect homage to film photography many of us still love and shoot.

Alireza has named his project “United Camera” or “Unity Camera.” It contains two symbolic DIY cameras that indeed unite different types of film, but also his love for analog cameras and film photography. 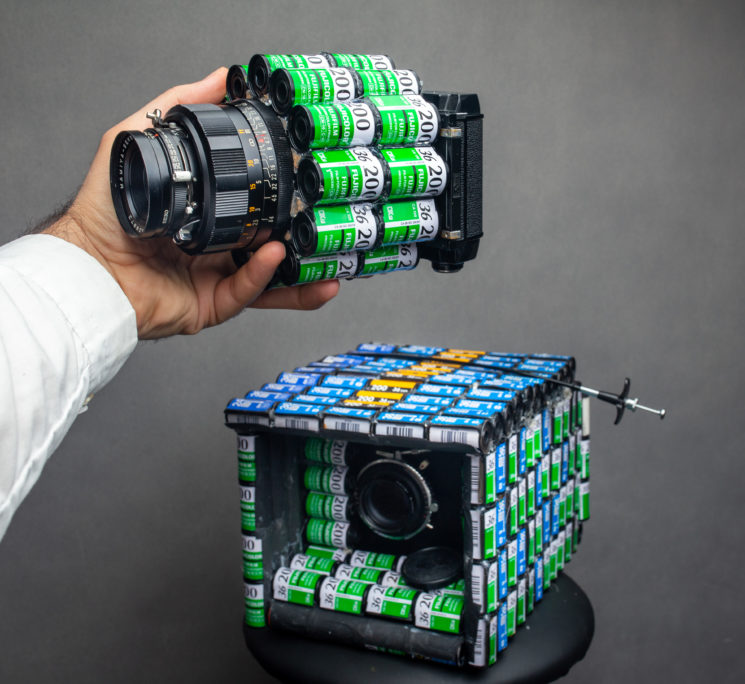 “In my life, I have taken many pictures with an analog camera, and I always kept those film cassettes,” Alireza tells DIYP. “35mm film cassettes remind me of memories and they always have a character for me.” I can relate, considering that I was growing up in the pre-digital days (boy I feel old now). I have a bunch of developed films, film cassettes, and canisters at my family home, and I love going through them and through printed images from time to time. But Alireza has definitely taken the walk down the memory lane to a whole new level.

With cassettes from 35mm film, he tried to make two cameras. As I mentioned, they are a 4×5 camera with 120 film back and a medium format camera with roll film holder. They don’t only look beautifully weird, but they also work well. 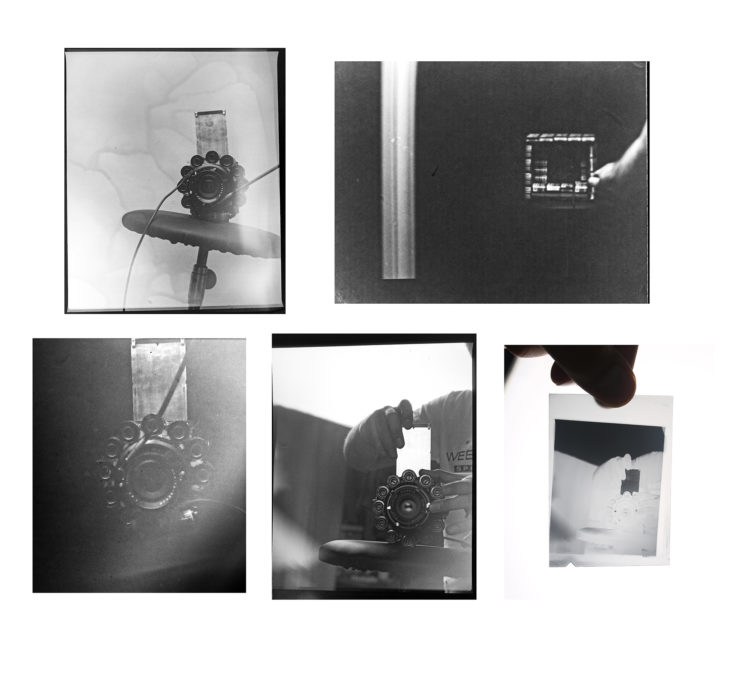 So how did Alireza get an idea for these cameras? He tells me that he had an idea while reading Anne Frank’s biography, no matter how unrelated it may sound at first. “On January 25th, when I was reading this author’s diary, the idea came to my mind.” He says that the negative thoughts came together to create something positive. He thought about world peace and unity, and got an idea for his “Unity Camera.” He dedicated it to Anne Frank and George Eastman, both of whom were an inspiration for him.

Alireza tells me that he always tries to make symbolic art. His “Unity Camera” project contains 195 film cassettes – and that’s how many countries there are in the world. Also, he mainly uses recycled parts and broken stuff to create something new and give them a new life. I think that’s beautiful. He doesn’t only repurpose things and reduces waste by doing so, but as he tells me – he also amazes his friends with his projects. And he amazes us at DIYP, too.

Take a look at more photos below, and make sure to follow Alireza on Instagram where he shares a lot of his ideas and projects. 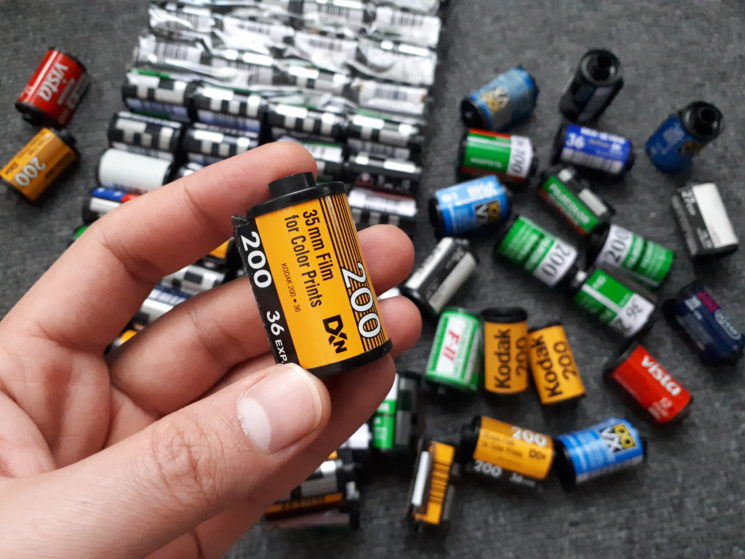 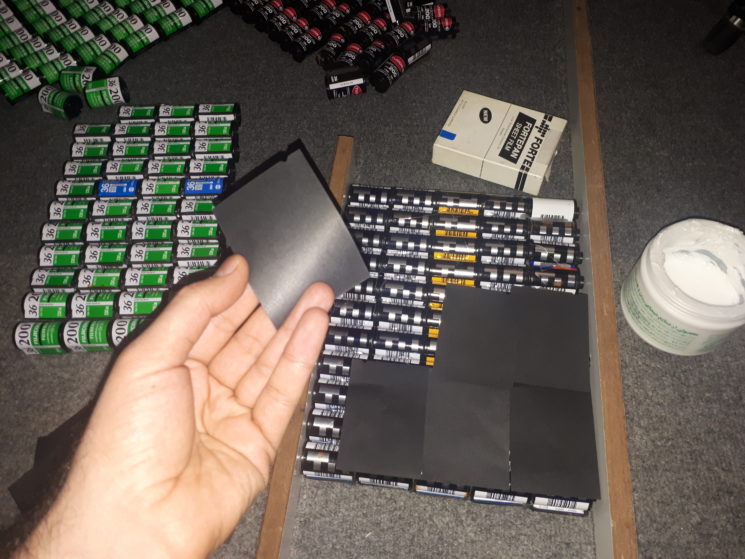 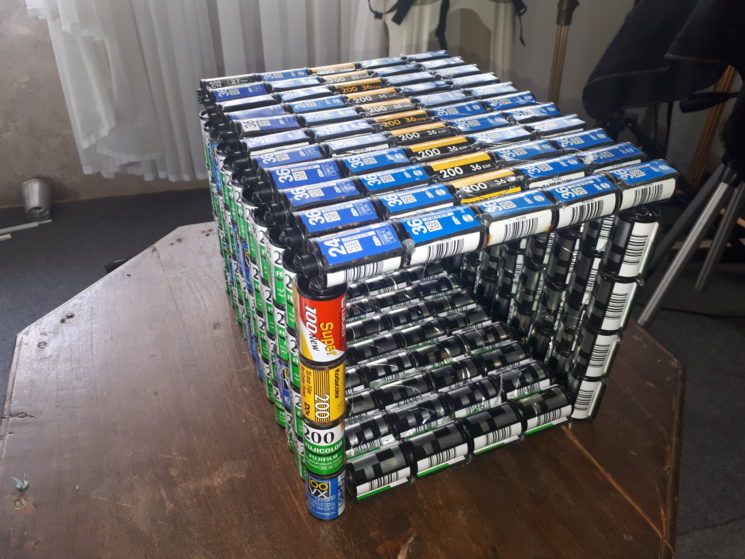 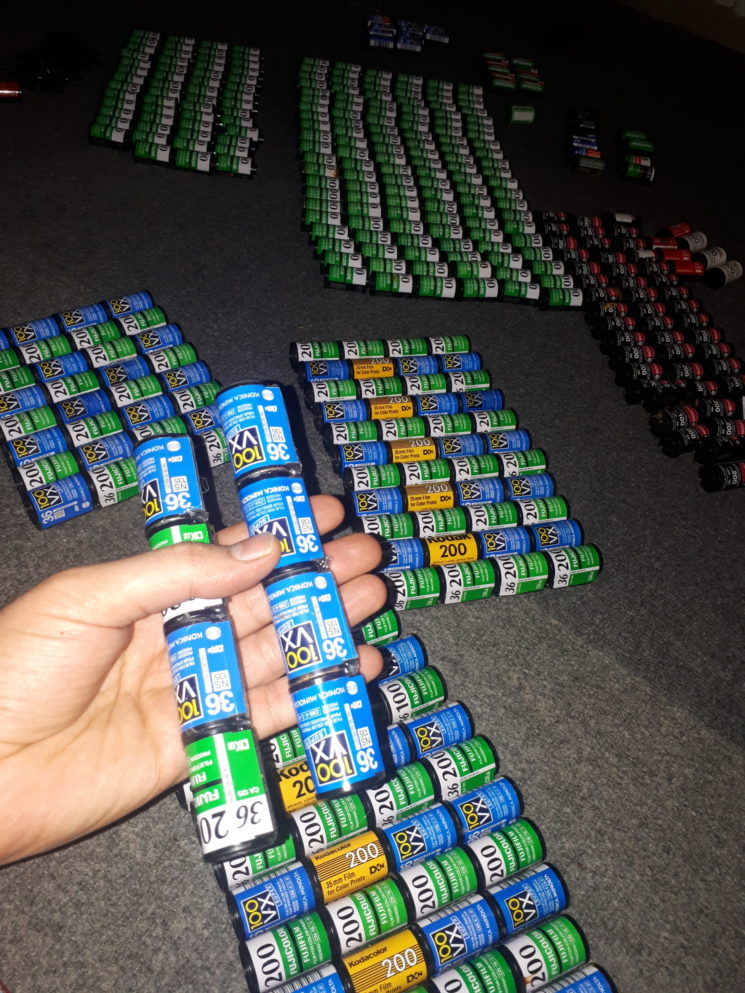 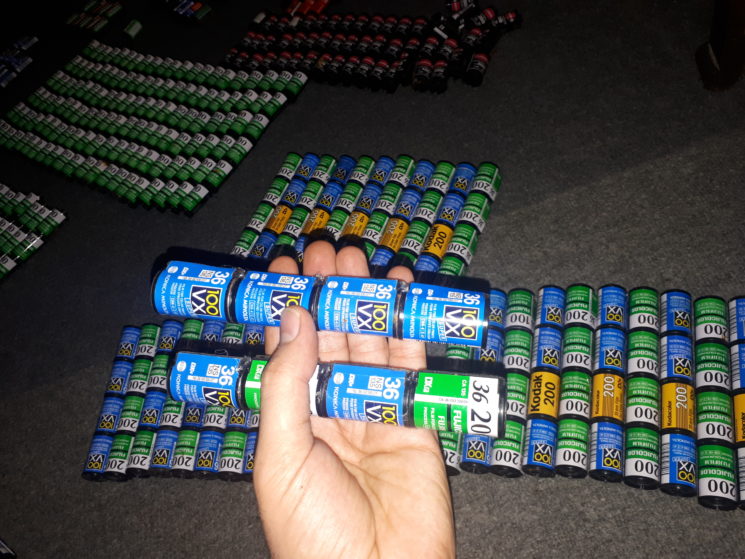 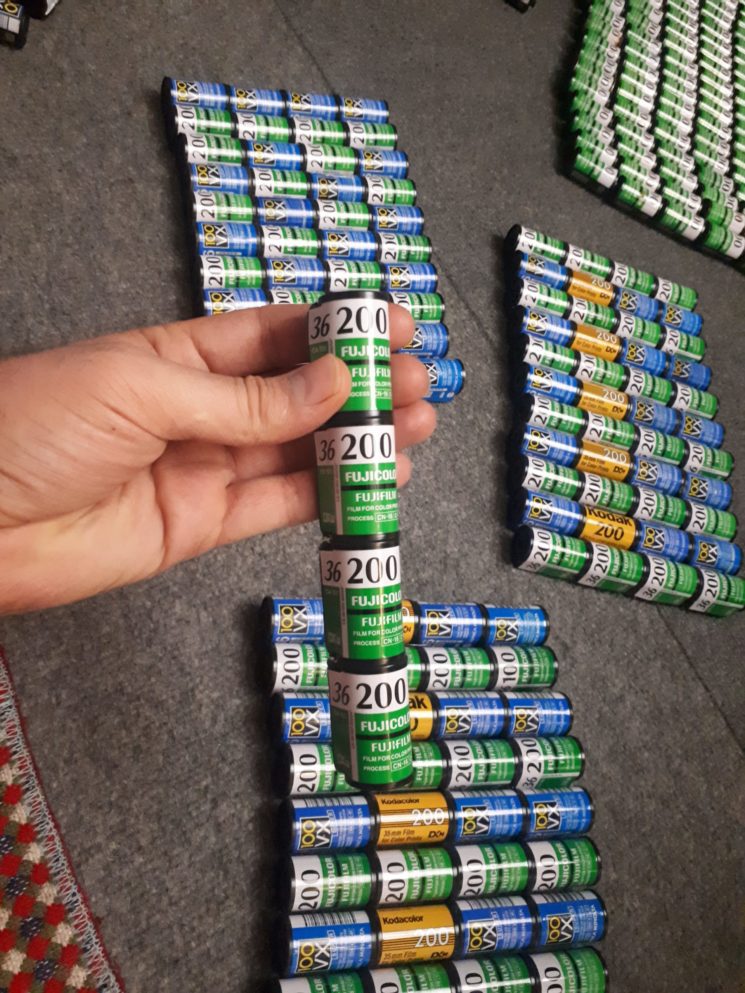 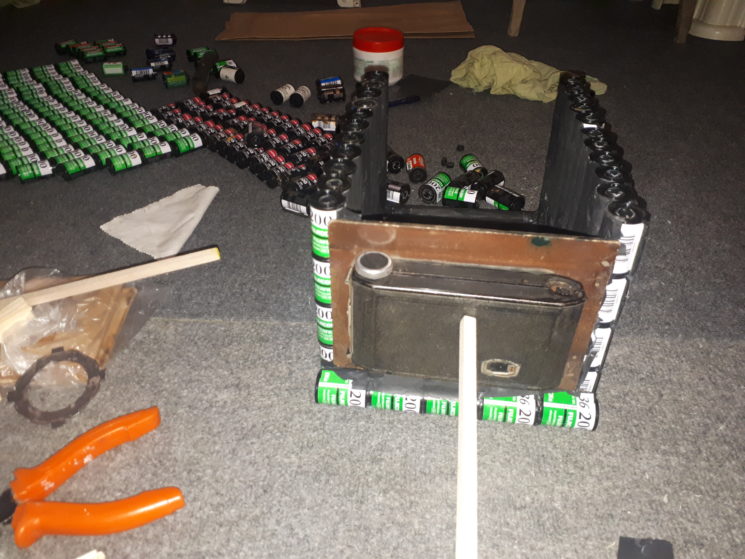 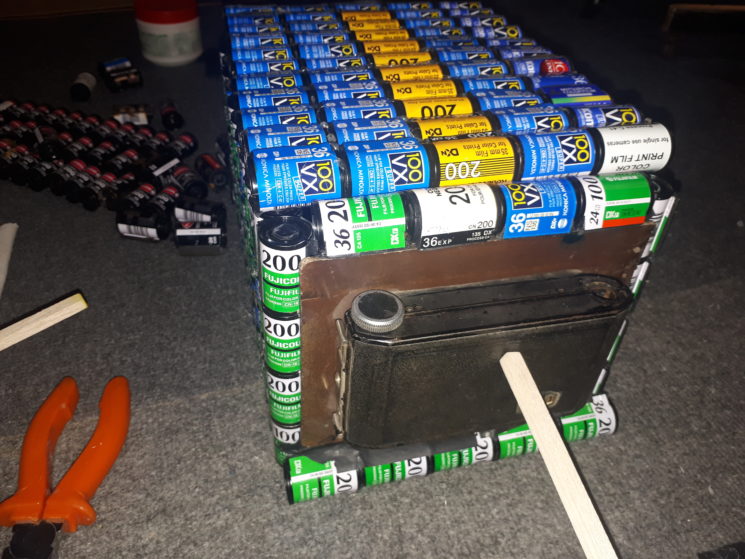 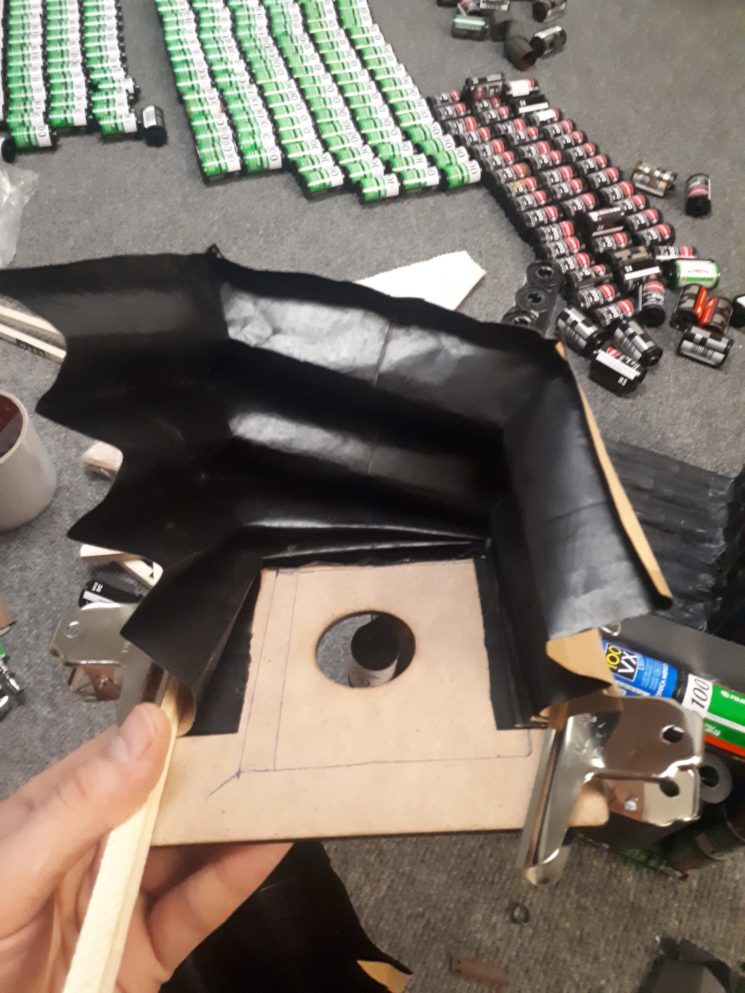 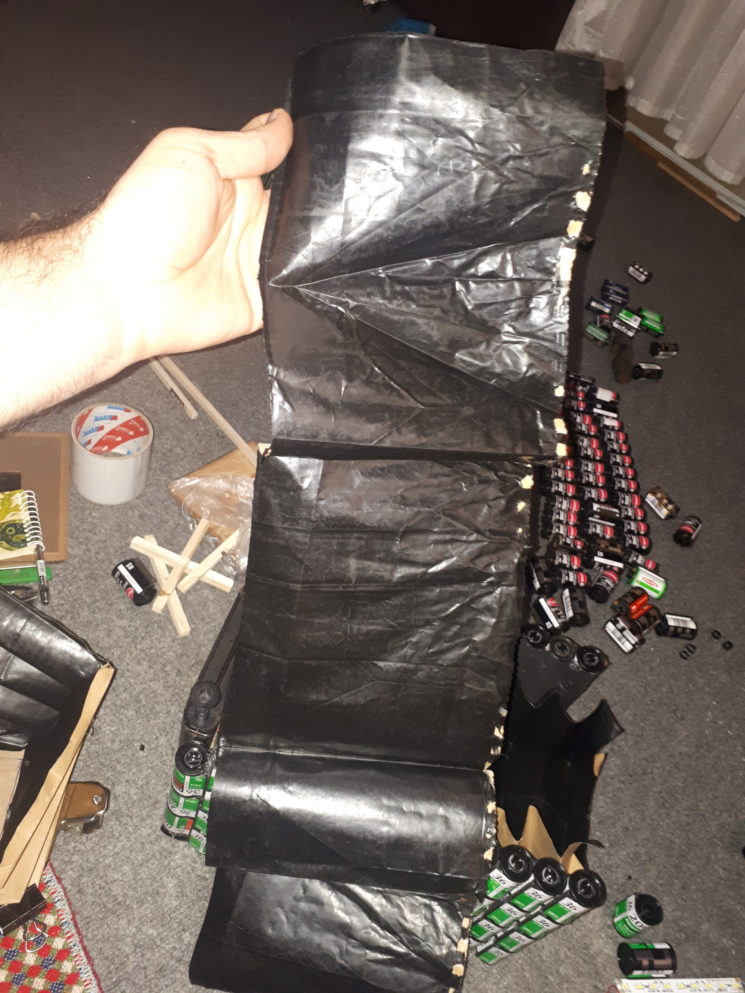 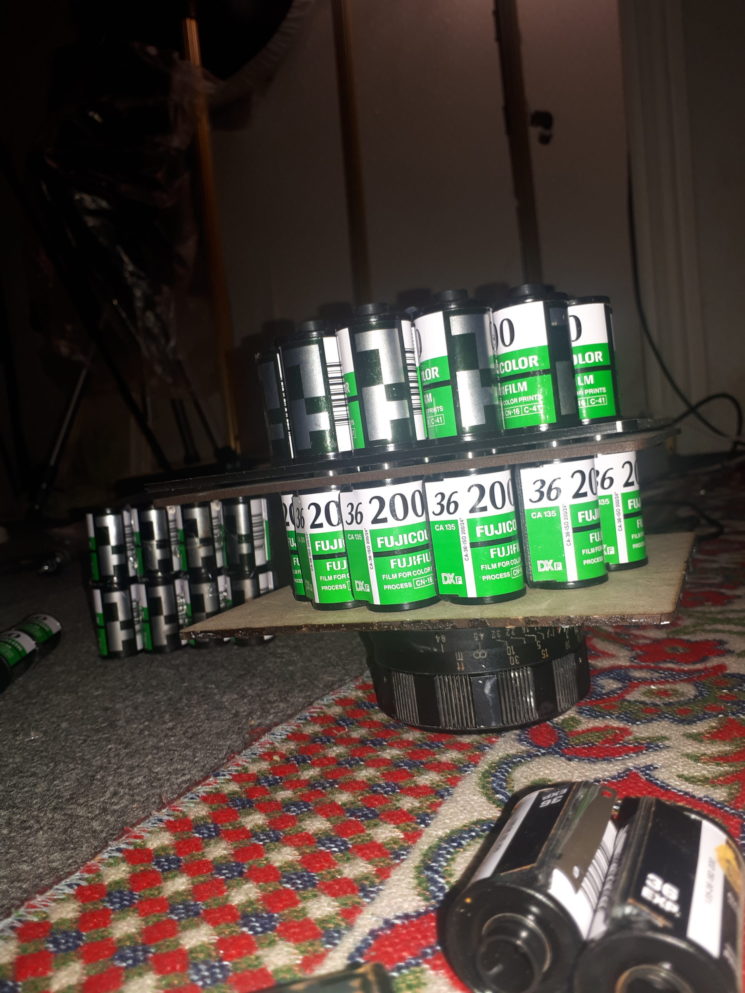 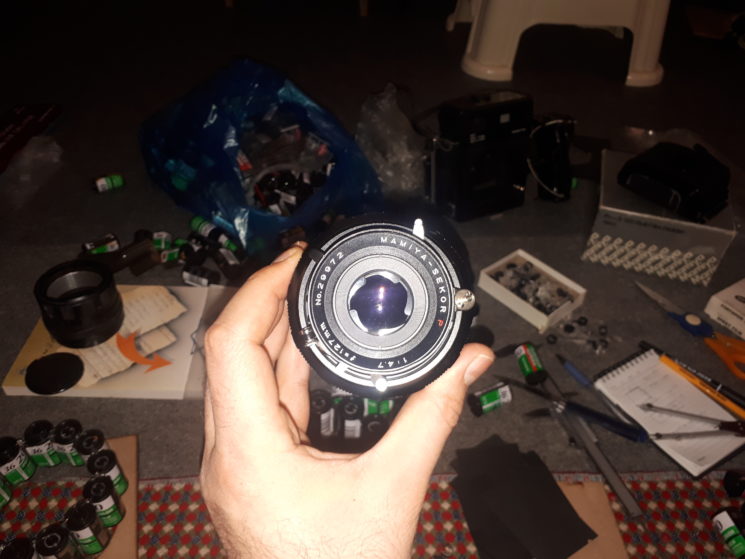 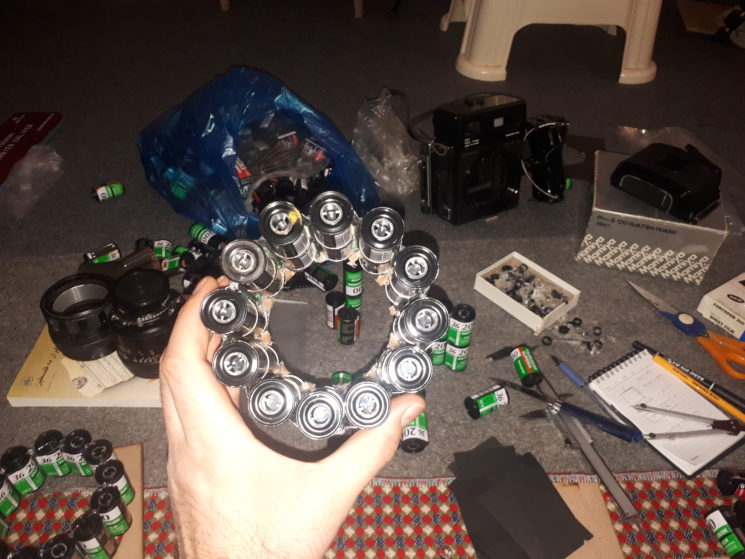 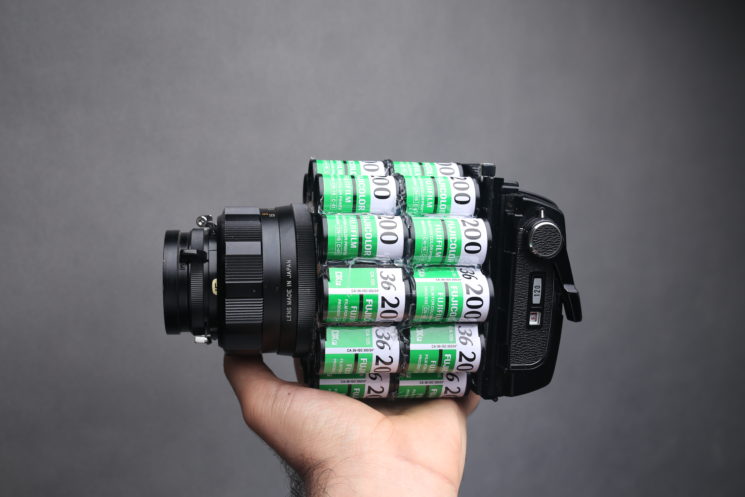 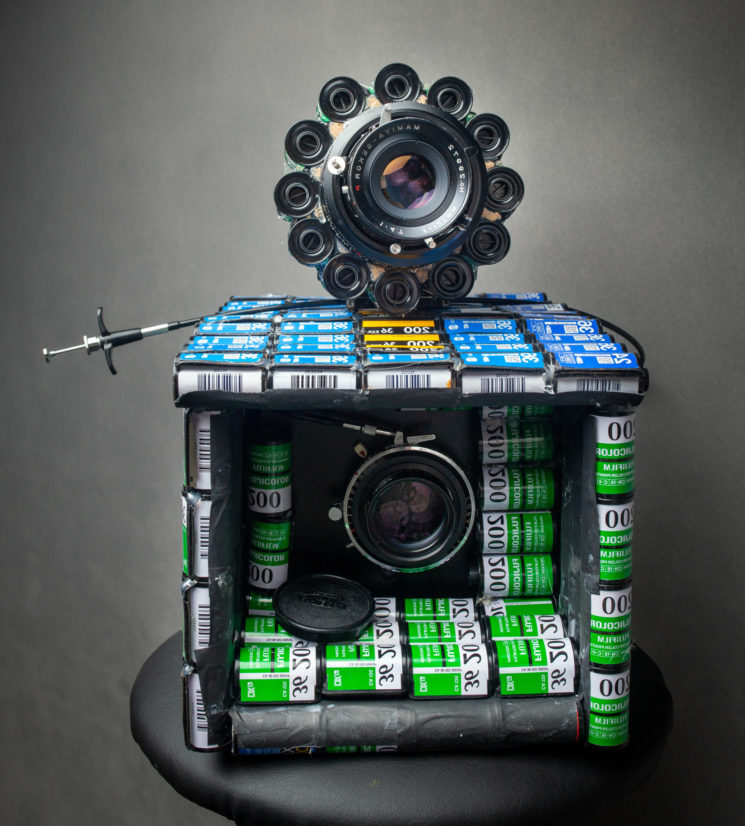 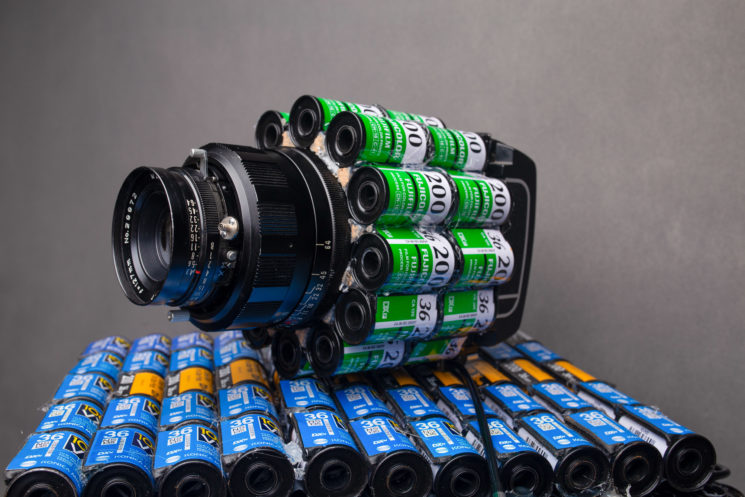 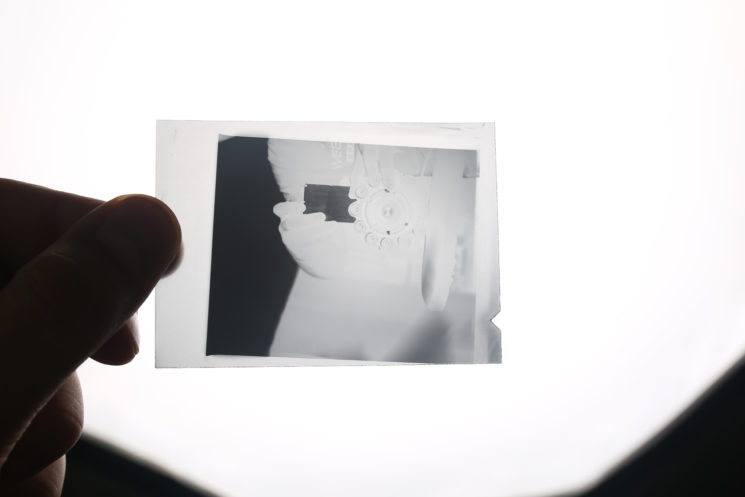 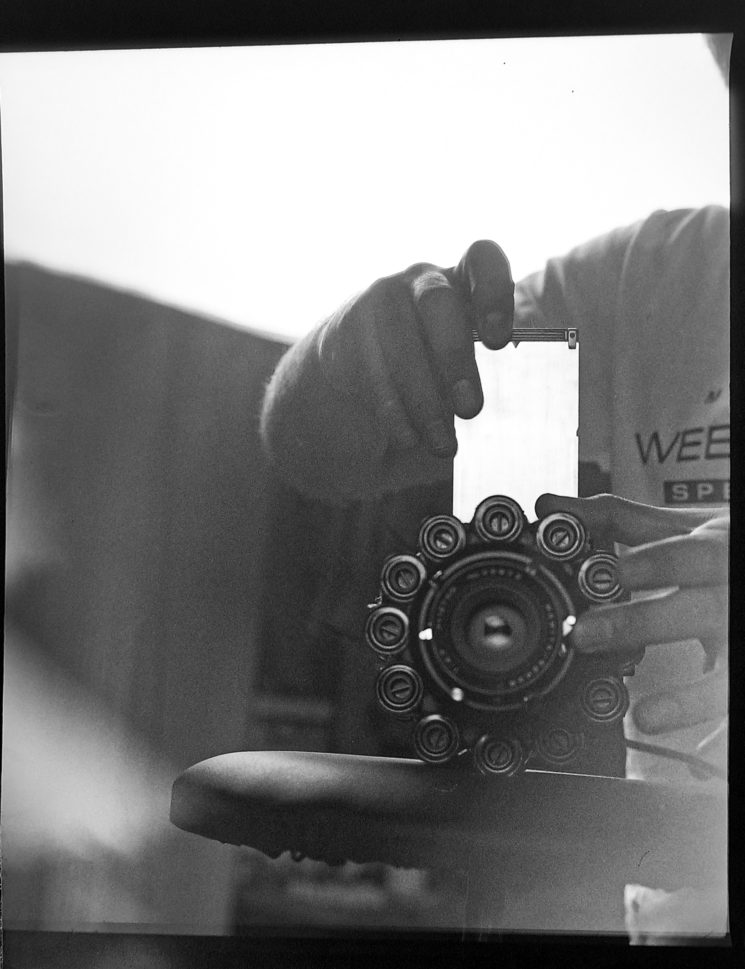 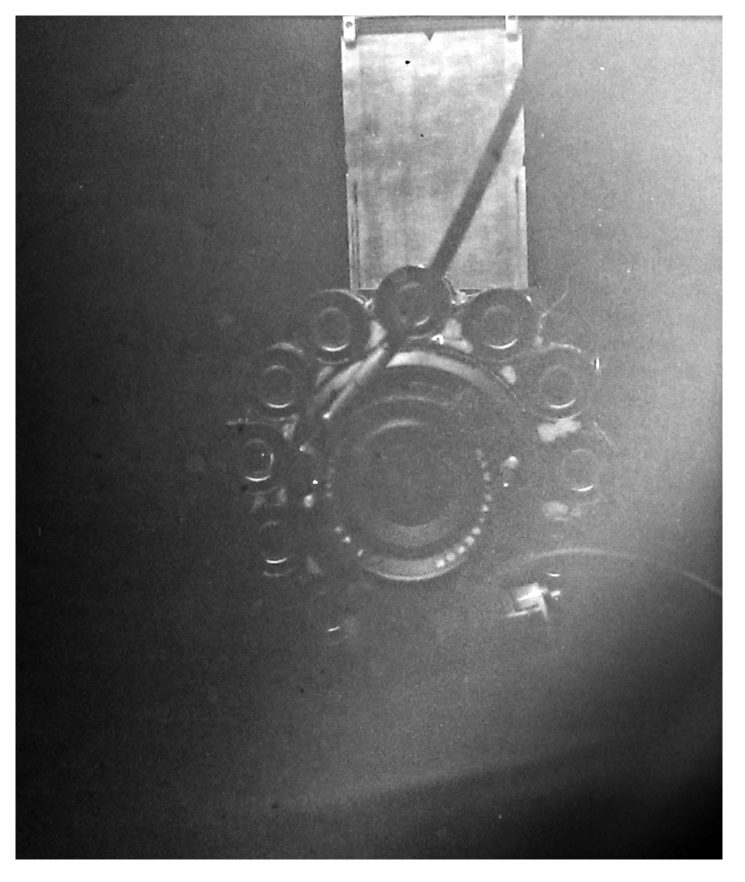 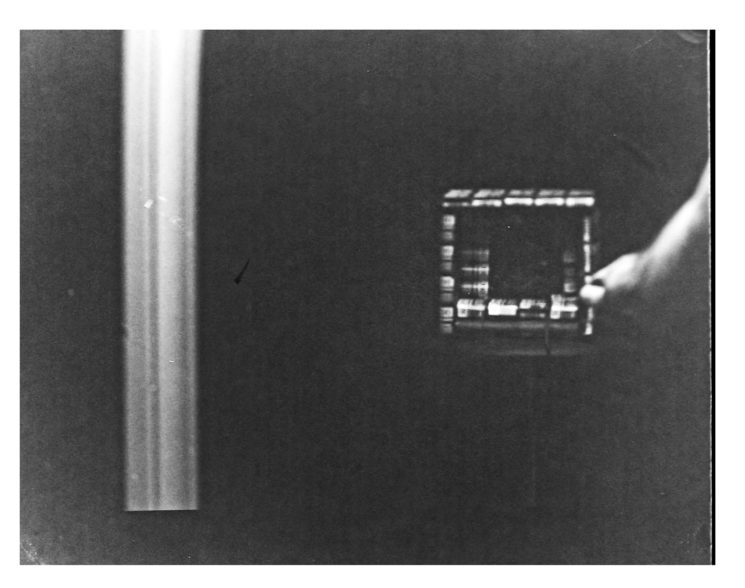 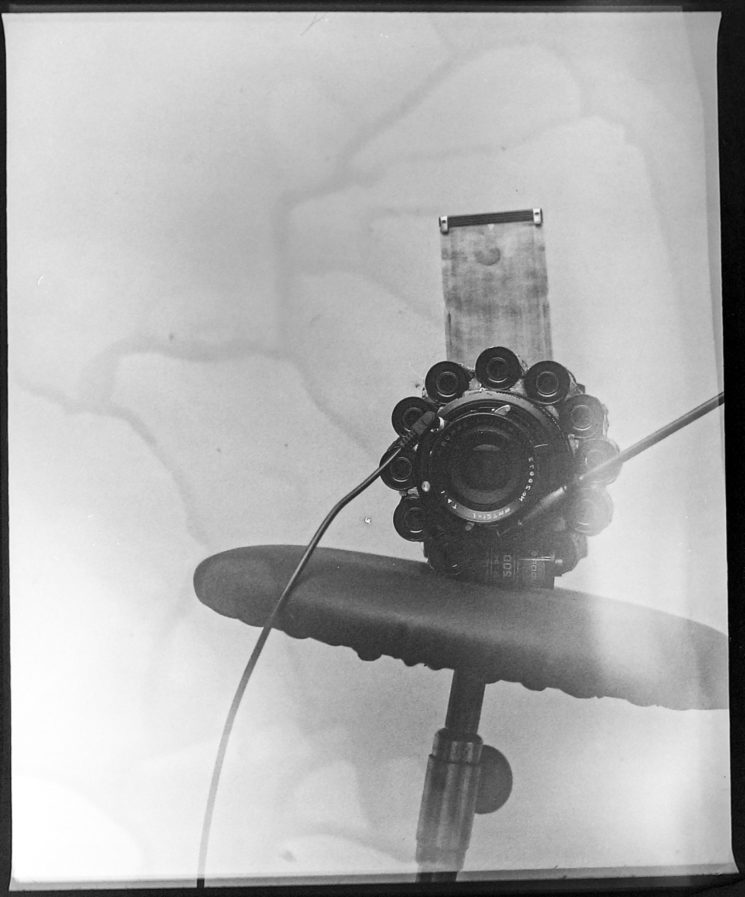