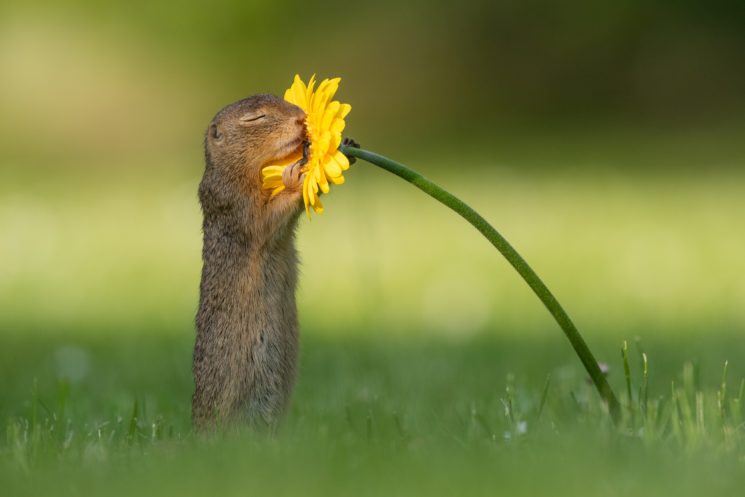 You know that humans enjoy smelling flowers, its not a big surprise. A squirrel enjoying an intimate moment with a flower is way rarer. In June, Dutch photographer Dick van Duijn had a close encounter with a squirrel smelling a flower. He was both prepared and in a position to capture this beautiful moment.

It was during a journey to Vienna, Austria, that Dick captured the squirrel which walked over to a flower and began sniffing it. It even gave it a hug, it seems like. That capture by Dick while the squirrel closed its eyes is absolutely priceless. Interestingly, Dick visited Vienna to shoot and observe ground squirrels, so only half a coincidence there.

“On the first day we observed them and how they behaved,” Van Duijn explains. He continues, “On the second day, we photographed the squirrels the entire day. It was in the evening, just before sunset, when the light becomes soft and nice that one of the many ground squirrels walked towards the yellow flower and began to hold it and sniff it.”

Dick used the Nikon D810 and Nikkor 500mm f/4 ED VR to preserve what unfolded before him. After that shoot, Dick felt happy and very satisfied. 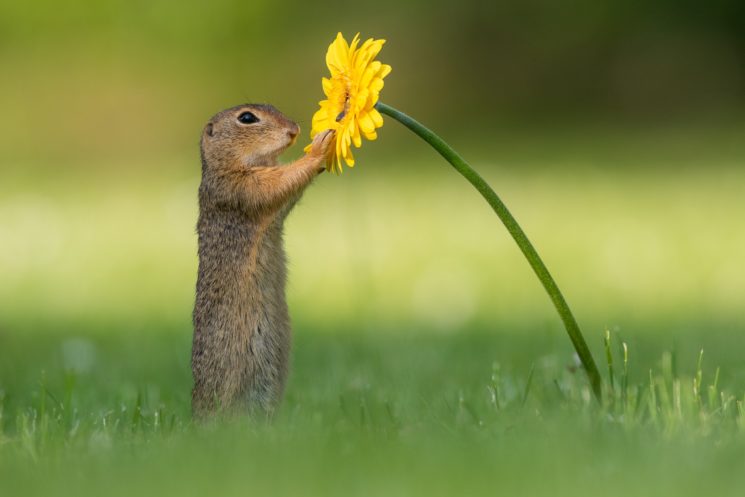 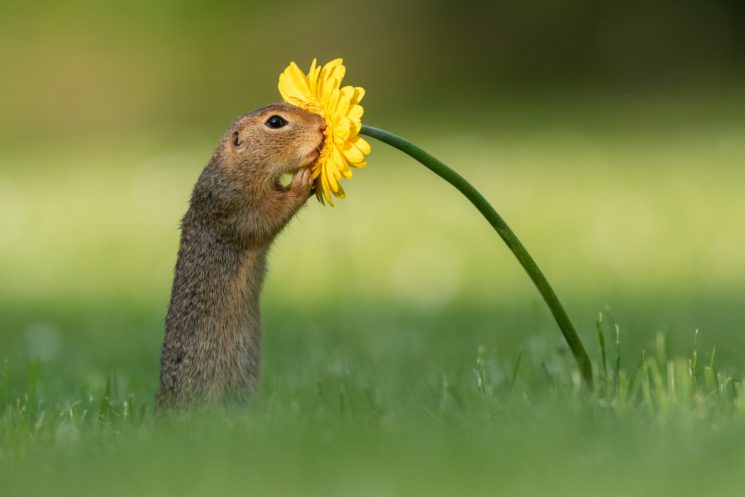 For several years I have had the pleasure of following Dick’s outstanding work on various social media platforms. In addition to capturing animals, he also enjoys shooting landscapes. You can find more of Dick Van Duijn’s work and follow him on Facebook and Instagram.

« The Rode NT-USB Mini is a $99 desktop microphone for voiceovers, YouTubers and streamers
Sony World Photography Awards announces stunning 2020 shortlists and finalists from all over the world »