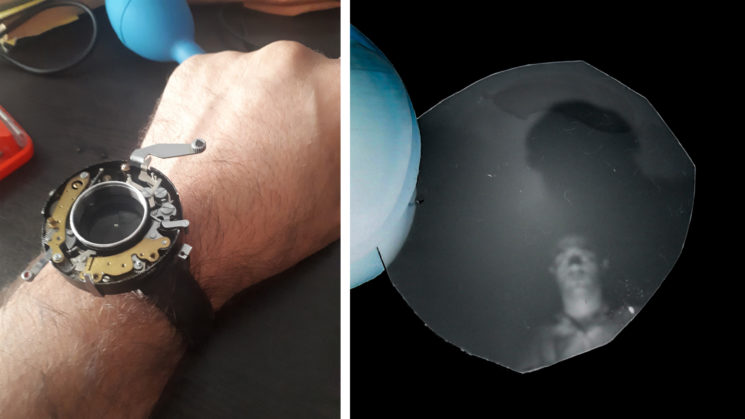 Perhaps you remember Iranian photographer Alireza Rostami for his experiment with “magic bokeh.” This time, he has made something you may find even cooler. He used a broken camera and turned it into a watch. And it doesn’t only look sharp (no pun intended) – it can take actually take photos, too!

Alireza had a broken Chinese Seagull TLR camera, and he wanted to make something out of it. So, he got to work. He disassembled the camera and took the lens and shutter mechanism. Then, he mounted them to a watch strap. 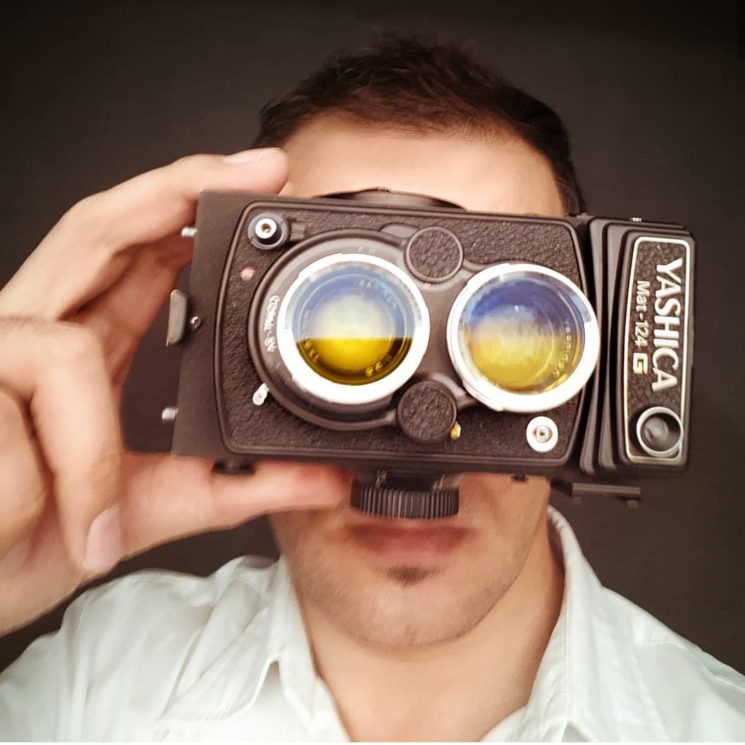 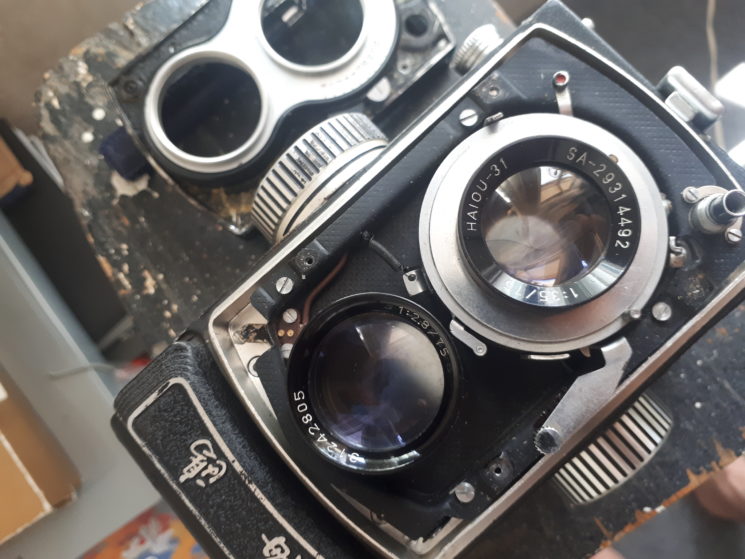 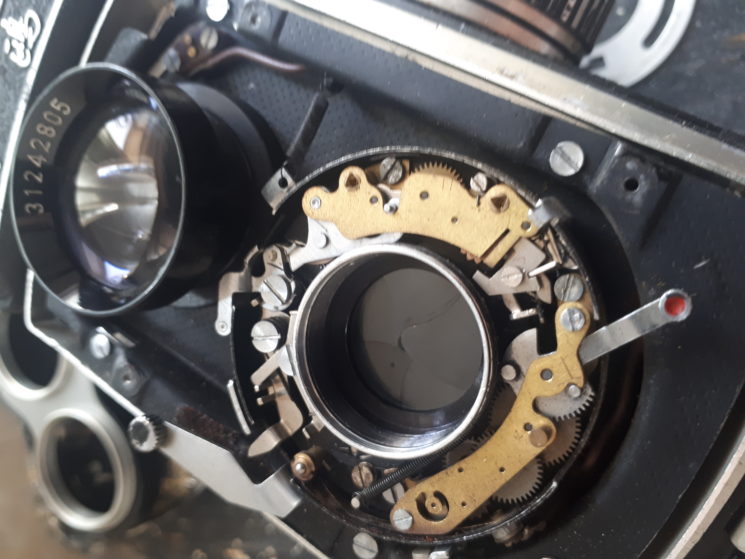 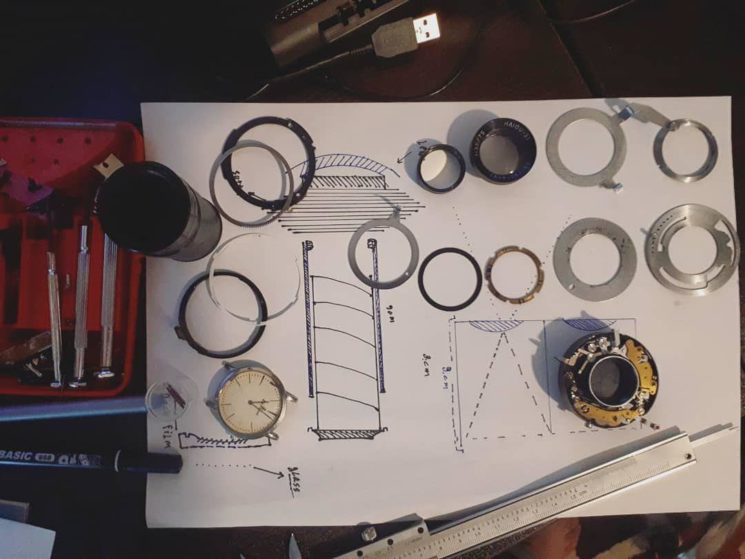 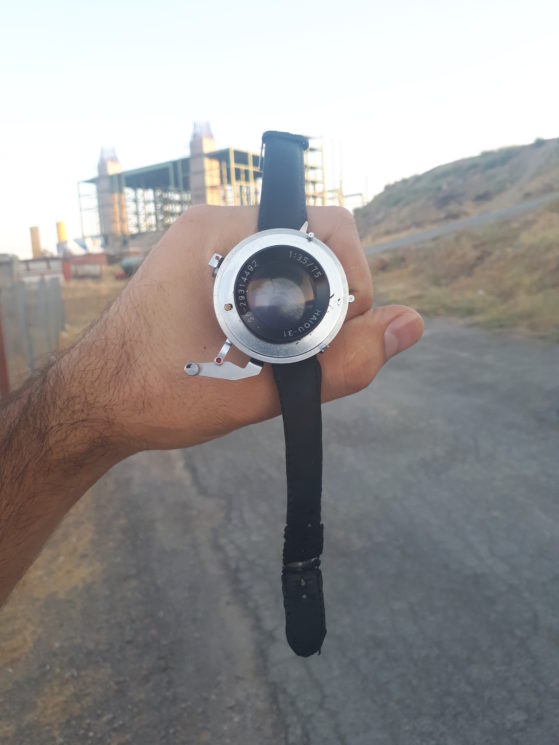 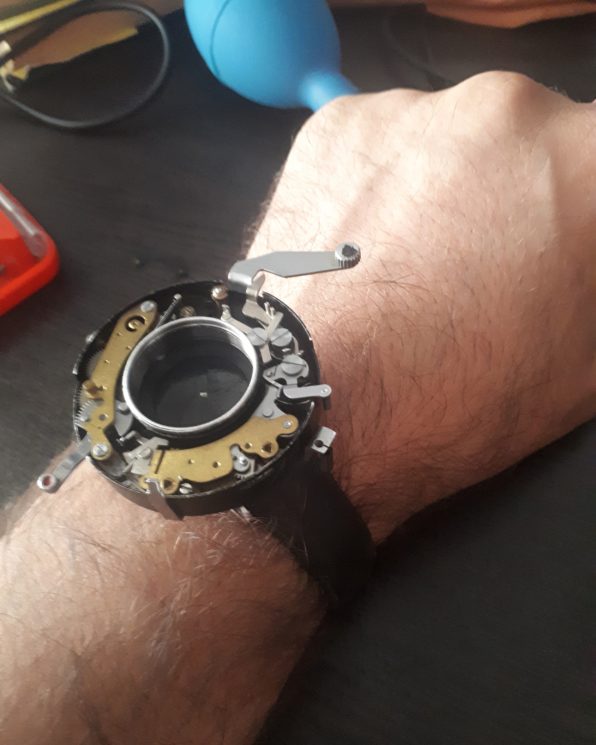 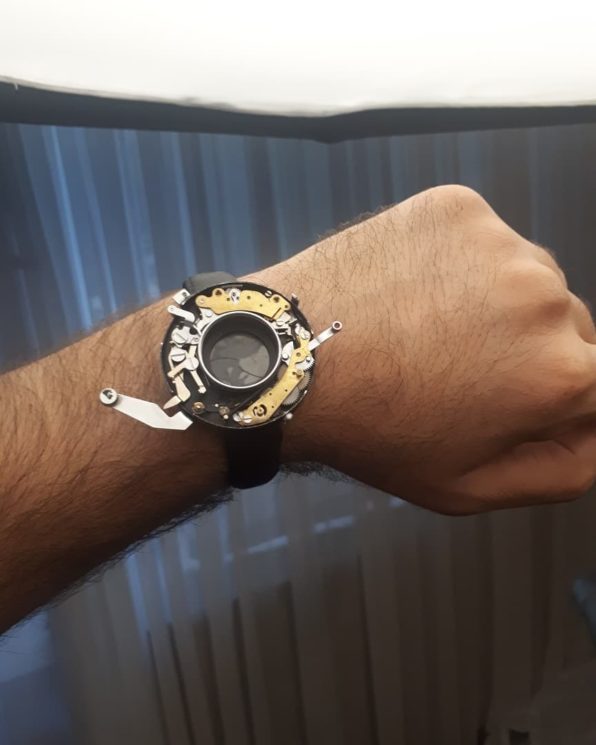 For the “watch camera” to work, Alireza needs to cut out small pieces of film and load them into the back of the camera. 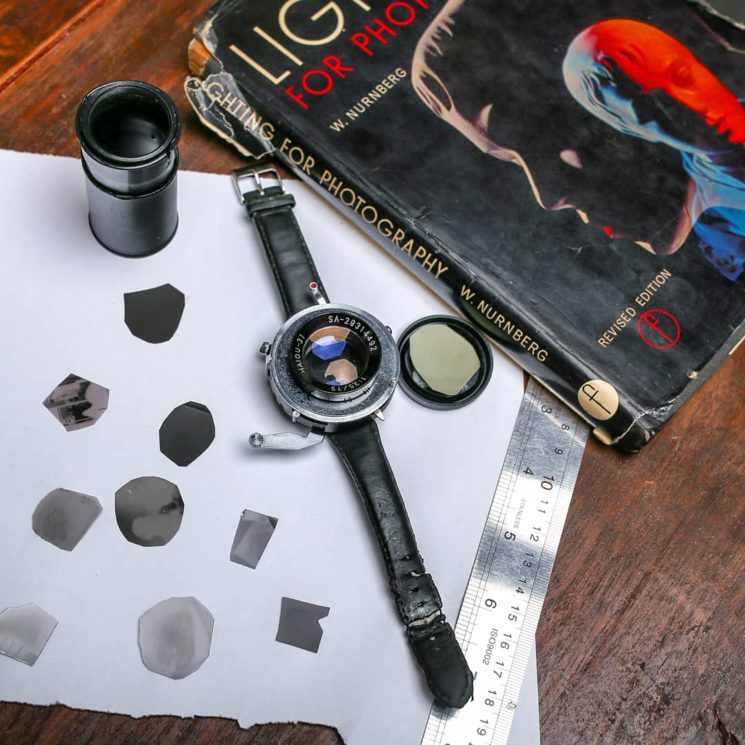 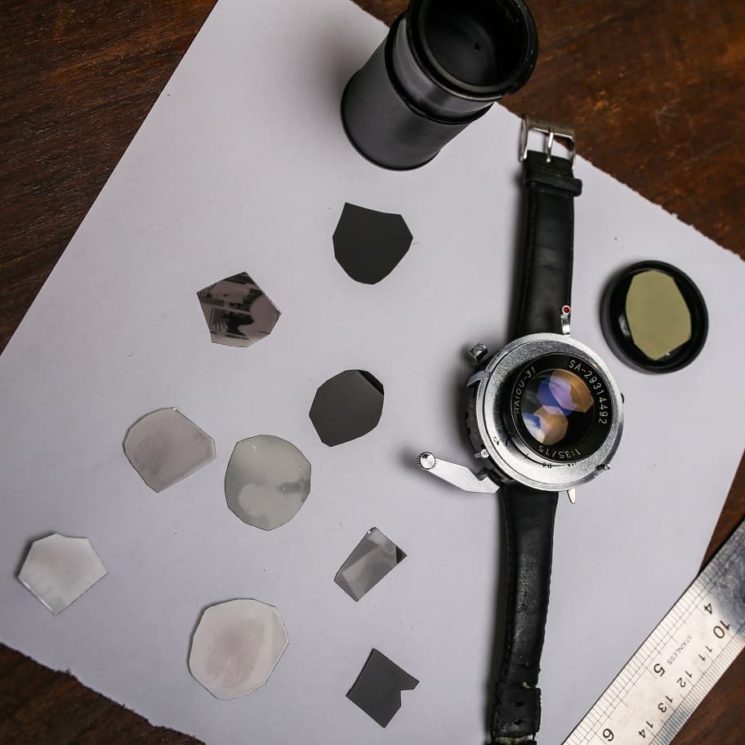 Alireza uses the camera’s shutter mechanism to take photos. And here are the results when he develops the film: 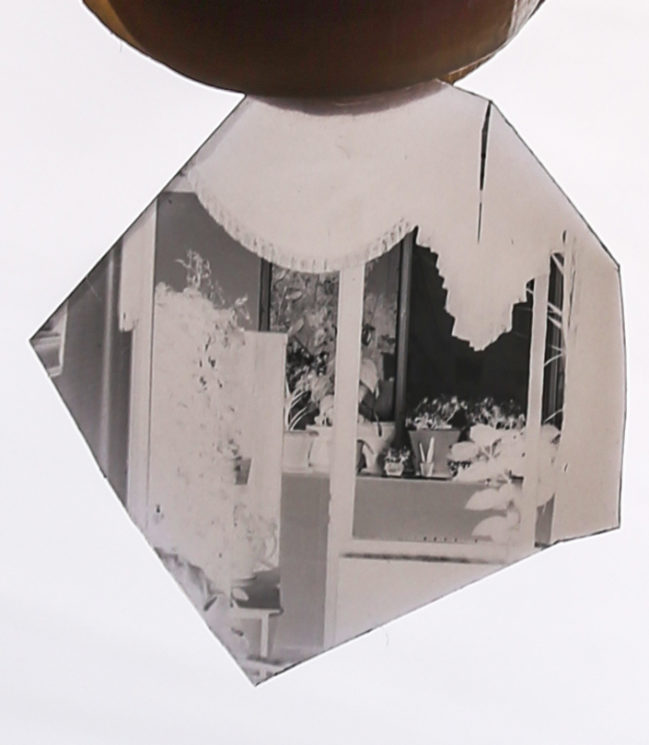 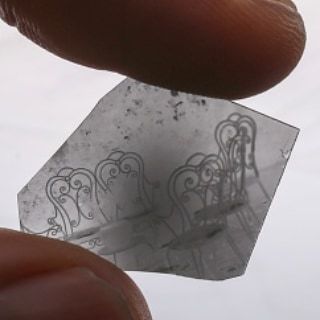 When inverted in Photoshop, this is what some of the photos look like: 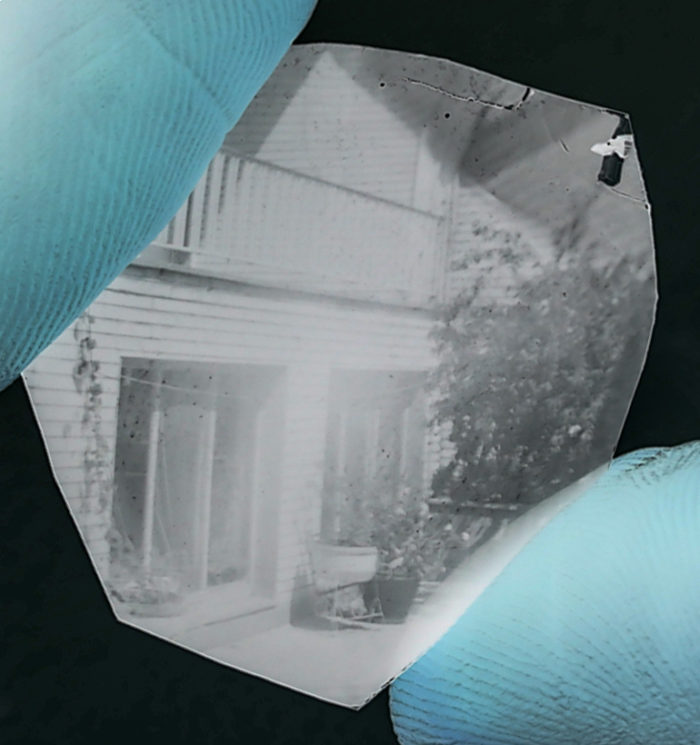 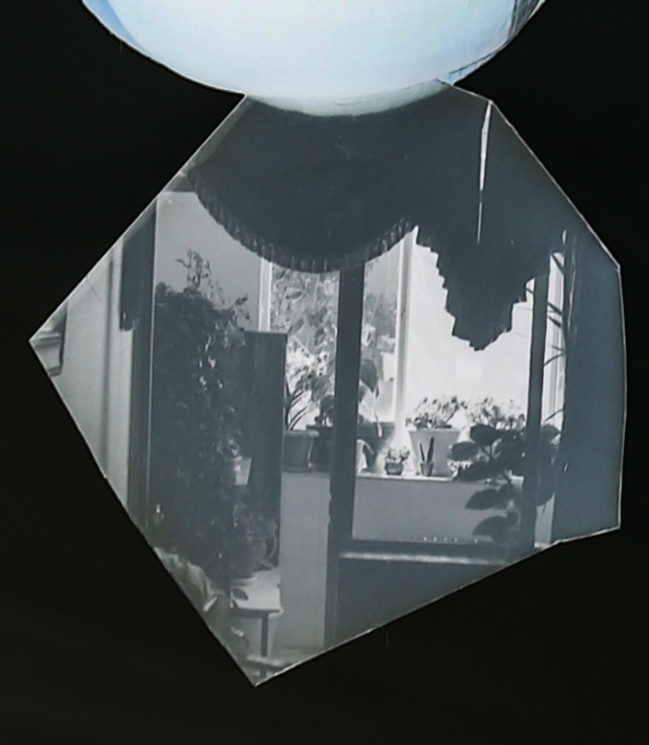 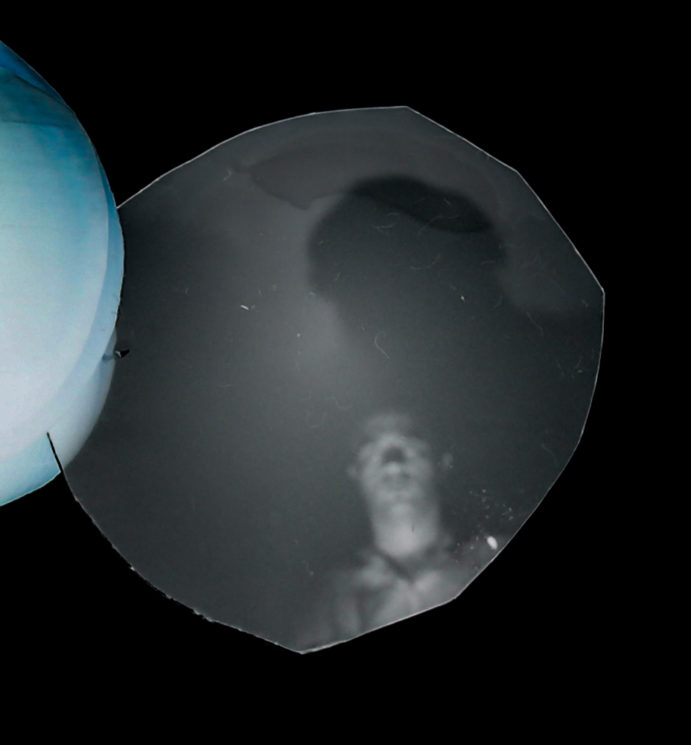 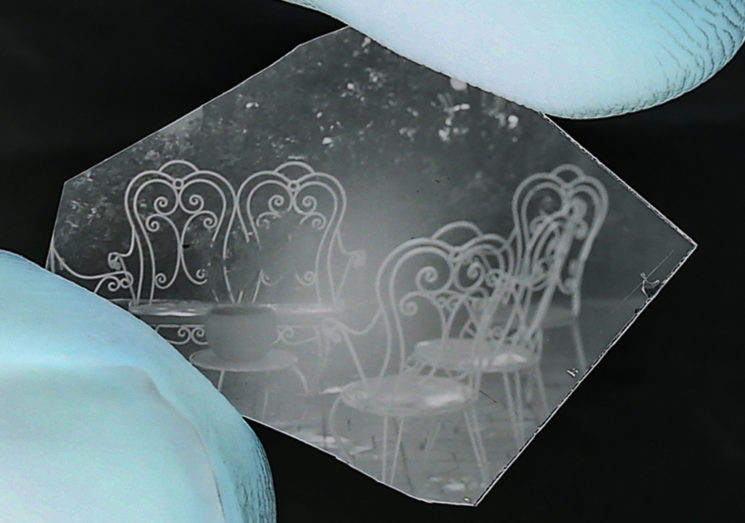 Alireza says that he was asked why he chose to make a watch, but not something else, like glasses for example. He says that his first thought was Terminator and that he couldn’t picture himself walking down the street with a one-eye camera. He says that glasses might be good for 3D photos, though, but he prefers watches. 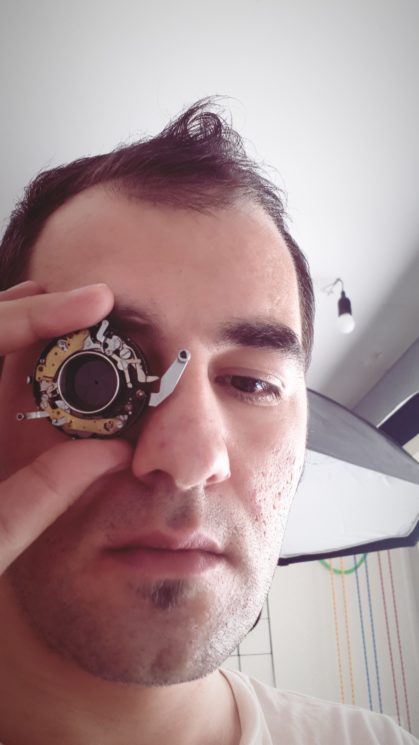 With the “watch camera,” people’s first thought is that it’s a regular watch. Alireza says that they ask him what time it is and they get surprised when they realize what he’s actually wearing on his wrist. I believe it’s pretty amusing for him, but also for other people when they figure out that this watch doesn’t tell the time, but takes your photo instead.

Alireza makes all kinds of projects with old cameras and lenses, so if you’d like to see more of his work, make sure to follow him on Instagram.

This photographer turned an old watch into a wearable camera flash