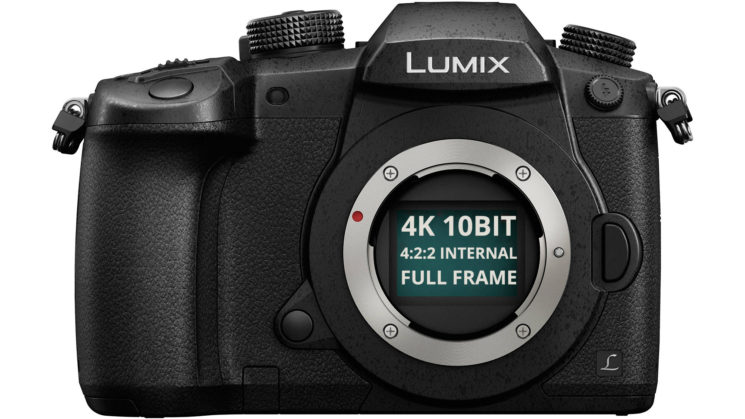 At least, that’s what the latest rumours say. 43Rumors has put up a list of “confirmed” and possible specs for a potential upcoming full frame mirrorless camera from Panasonic. The specs do look very impressive, and quite logical given Panasonic’s reputation amongst filmmakers and video creators.

So, let’s look at what 43Rumors says is “confirmed”

The wording is interesting there. No pixel binning or crop in 4K 24/25. The next line, though, says that the camera will do 4K at 60 frames per second. Which means that at that speed, there may be some crop or pixel binning.

I think the lens adapters thing seems to be a given these days. Both Nikon Z6/7 and Canon EOS R come with mount adapters for their DSLR lenses. Whether or not a full frame Panasonic camera would have an MFT mode or not for using your existing MFT lenses or they’re looking at using full frame glass from other manufacturers, I don’t know. I’m curious to see what mounts they might support, though. Are Panasonic themselves trying to muscle in on Metabones territory and take out the middle-man?

The unconfirmed rumours are also quite interesting.

No IBIS in an early prototype probably wouldn’t raise any eyebrows if not for the fact that new full frame lenses are expected to have IS. If the camera had IBIS, then the lens wouldn’t really need it. Yes, there are advantages to stabilisation in the lens that IBIS can’t offer, but looking back at Nikon & Canon again for a second, the Z6/7 have IBIS and the new Nikon lenses don’t have VR. Canon’s EOS R doesn’t have IBIS and some of the new lenses do have IS. So, that the new lenses are expected to have image stabilisation suggests might want to think more like the GH5S rather than the GH5.

Dual card slots I think is pretty much a given. Even though both Nikon and Canon fell asleep at the wheel with this one, I don’t think Panasonic will. I’d be surprised if it’s CFast2.0 + SDXC, as I think internal RAW recording is a bit of a stretch. Sure, they could come and absolutely blow everybody away, but while the Z6/7 and EOS R both output 10Bit over HDMI, none of them can shoot it internally. So, Panasonic doesn’t really need to put RAW in here to make it a winner.

The only potential competitor that can shoot raw is the Blackmagic Pocket Cinema Camera 4K, which shoots 4K DCI 12Bit CinemaDNG RAW video. But that’s a micro four thirds camera. If this is full frame, I think 10Bit 4:2:2 internal will be enough for those who really want full frame video.

It’s also expected to have all the headphone, microphone, USB, and HDMI ports as the GH5S with the flash to double up as a timecode sync. Teh price is expected to be somewhere around $3K.

As far as video goes, it looks like it’ll potentially blow Sony, Nikon and Canon away if the specs are true. The GH5 certainly proved that Panasonic has the capability. A full frame version of the GH5 (or GH5S) does seem logical and is what many would expect. Now we just have to wait until Photokina to find out if they can do it again with a full frame sensor.

« DJI Mavic Pro 2 vs. Phantom 4 Pro: an in-depth comparison
This photographer made a working “watch camera” from a broken vintage camera »