A reader brought up an interesting question last Saturday on my weekly cinematography post, this one over Eduardo Serra and his work in Harry Potter and the Deathly Hallows; he asked how much credit a cinematographer can really claim for a shot done in CGI. Another reader answered him correctly in saying that the shots done in CGI are still directed in planning by the cinematographer himself. Basically, the work the animators do depends on the input of the director of photography.

That exchange made me want to write this post today; I’ve been obsessed with science-fiction and fantasy films since I was a kid, and CGI is something that’s impacted the films I grew up with as much as it has for many of us since twenty years ago. But there’s the films that do it well, and then there’s the films that we look back at and cringe in retrospect; remember those atrocious-looking monkeys in Jumanji?

So what sets apart the good CGI from the bad? How do they get it done right? If you’re going to make something look like it could have been right in front of the camera during filming, like it was real, then it would have to follow the same basic rules of photography that everything else in real life would. And what’s possibly the most important part of good photography in the first place? Good lighting.

Take a look back at Jurassic Park. This June, the film turns 21 years old. Why does the CGI in this shot look more convincing than shots from most films that get released today? 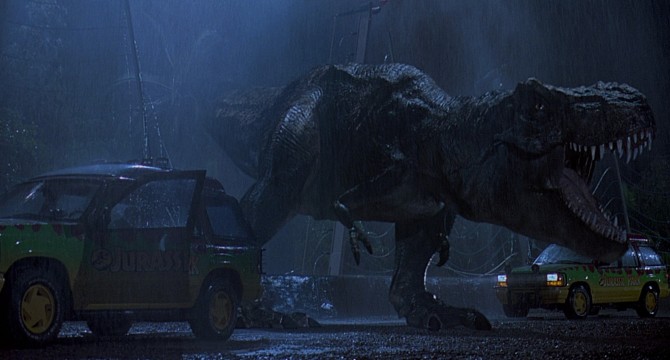 One thing the filmmakers kept in mind was that the CGI, especially at such a young age, looked most realistic when it was implemented into night shots; shooting at night allowed the animators to be more dynamic with light. It allowed them to bring in contrast, toning, and shadows that would feel real because so many of the flaws would still be hidden in the dark. For the unveiling of the T-Rex to audiences back in 1993, night shots brought realism to the animal, and at the same time invoked a sense of fear into the scene that people had never quite experienced before in cinema.

Another reason behind the success of the CGI in Jurassic Park was that it wasn’t all just CGI; the majority of what we saw of the T-Rex was real. Industrial Light and Magic, the studio behind the effects of Jurassic Park, were so successful in working with lighting the dinosaur because they had a real life model to go off of. If they had a problem finding out how light would hit the tyrannosaurus in one shot, they could just go back and look at how it shone off the actual animatronic model itself. At the end of the day, the biggest reason Jurassic Park became so timeless in terms of realism is because its creators were photographers when it came to CGI. They knew that in order for something to look real, it had to look like it could have been photographed with a disposable. 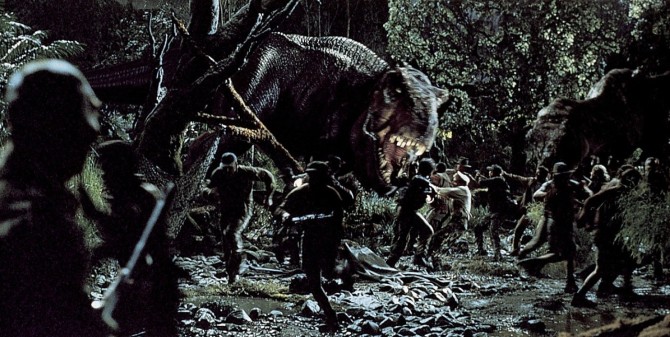 The way James Cameron’s Avatar affected the industry with its use of 3D was the same way Jurassic Park affected the industry with how much of a push went into CGI. While other studios went through trial-and-error trying to get their films right, Spielberg and ILM had the knowledge already, and kept their films timeless in terms of that technology. Even with how critically mixed the response to The Lost World: Jurassic Park in 1997 was, the CGI only got better. 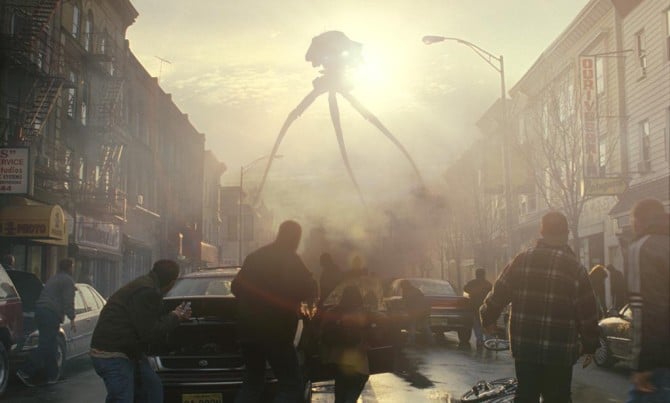 Another way lighting really worked in favor of CGI was filming in extremely bright conditions. Ironically, as a direct polar opposite to filming in the dark, shooting in overly bright conditions worked just as well for CGI implementation, as well. ILM, the same company behind Jurassic Park, implemented that technique into the 2005 film War of the Worlds. 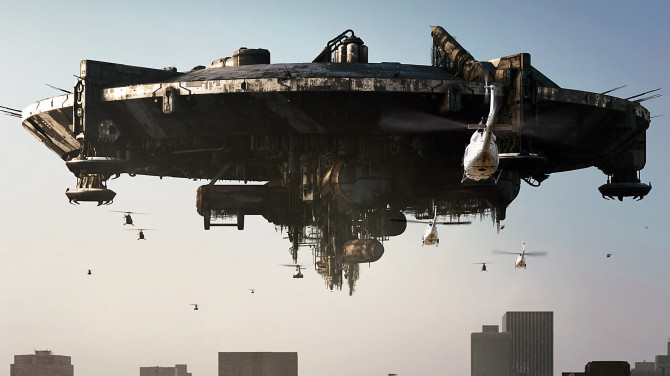 One film that significantly serves as a great example of CGI done in bright, sandy lighting is District 9. Nearly the entire film is shot in that tone. Notable is how well the aliens themselves are done in in this film. The exoskeleton-like complexion of their bodies made it easier to animate them; without having to worry about texture like fur or feathers, visual effects artists could implement lighting with more ease. The aliens in the film end up blending into their environment naturally, and it doesn’t look like the animators tried instilling a look that their technology couldn’t yet achieve. None of this is based on luck, either; when designing the aliens, you can bet that this was something the creators of the film kept in mind. 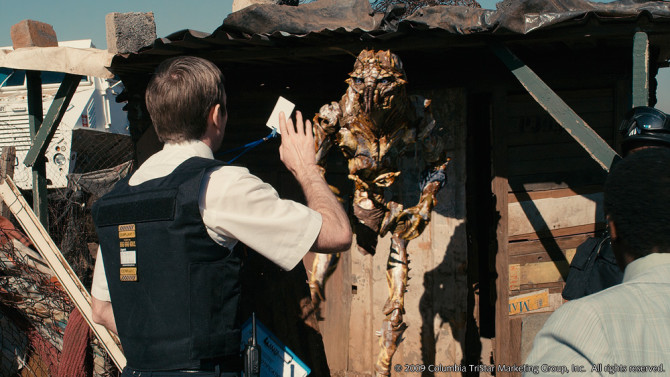 The bottom line is that cinematography is something that every film needs in order to succeed. A film without a good narrative can still be praised for its cinematography, but it’s even more important that every good story has good cinematography to back it up. Film is a visual medium, and it can’t carry itself through just plotline and narrative. Likewise, when CGI becomes something necessary for a film, it’s important that it’s convincing and that it gets done right. And while a cinematographer and director guide the visual effects artists in how to make the shots look, it’s the visual effects artists that get the job done; it’s those guys that have to execute the use of lighting to achieve a look that doesn’t really exist. Right now their entire industry is at a low, and that shouldn’t be happening because filmmakers today owe them for the work they’ve done the past twenty years.

Since the new Godzilla‘s releasing tonight, I thought it’d be cool to end this with a cool demonstration I found of how lighting affects the beast in the upcoming film. Yeah, I’m pumped for this movie.

This photographer plays with dirt to create stunning photographic prints

« Can We Stop Calling Them Drones? They’re Just RC Helicopters With A Camera
Why Composition is So D–n Important »