I don’t know when remote control helicopters became drones, but I think its way past time we stop implying that a fancy RC helicopter with a camera strapped to it is some sort of autonomous Terminator robot. 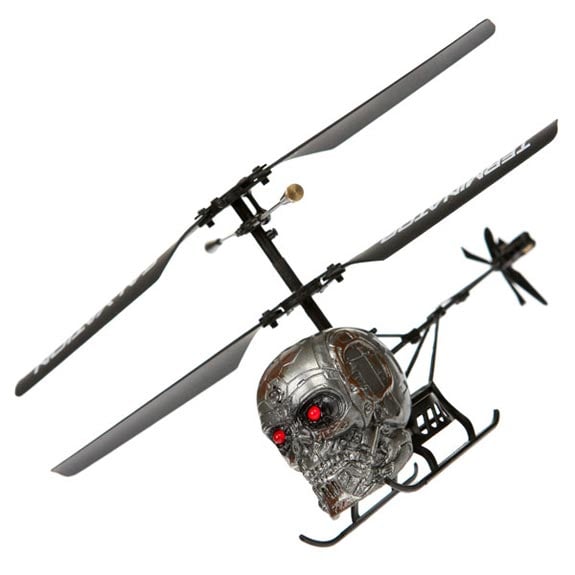 OK sure, in the beginning I know that somebody though that “drone” sounded a lot cooler than “model airplane”.

Its exactly the kind of thing the model airplane geeks I know would adapt instantly.  Not to mention, I’m sure selling “drones” is a lot easier than selling “remote control model helicopters”.

(In the interest of search engine optimization and my penchant for hypocrisy, I am however going to refer to RC model helicopters as drones for the remainder of this article.)

Bart: Milhouse, this is boring. Make it crash or something.

Milhouse: Perfectly level flying is the supreme challenge of the scale model pilot.

But enough is enough – real drones kill people with missiles or make honey, pretend drones hunt down humans in a dystopian near future – a remote control helicopter with a camera flies around and takes pictures of stuff. 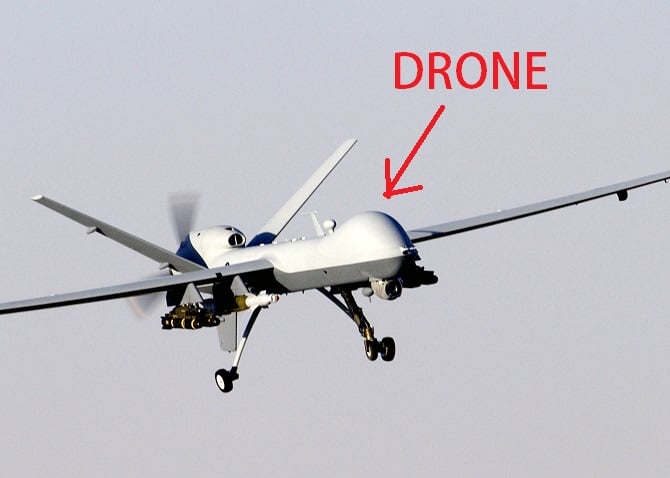 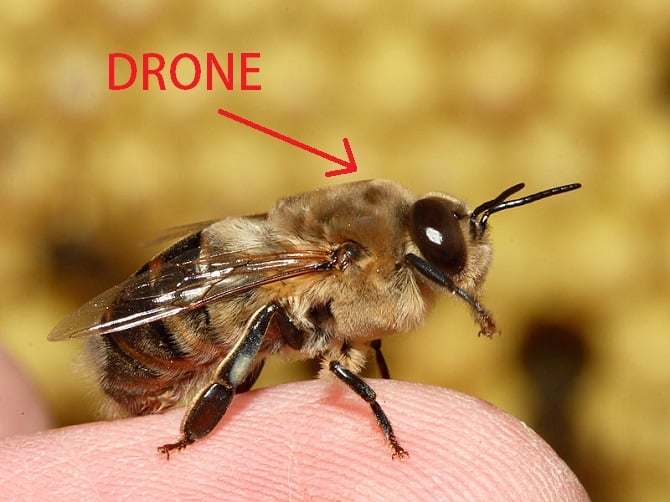 (Ok, maybe we can call this bad boy a drone – just because it is actually the coolest RC model helicopter ever.) 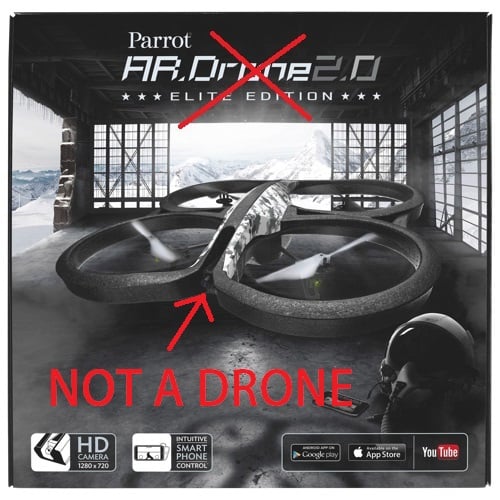 Even Toy Drones Are Crazy Sophisticated

I grew up building every type of model airplane and remote control vehicle imaginable.  I had a nitro powered remote control boat that went over 80km per hour.  I used to launch multi-stage rockets in my backyard.  I even built a submarine once.

And the first thing I did once I learned how to fly my model airplane (which was much larger and much more powerful than any electric “drone”) was to figure out how to strap a camera to it.

But look at the specs for this $300 toy RC quadcopter by Parrot:

The point is that even toys are now sophisticated enough to be called drones, and the name “drone” has become a liability.

Incedentally, Parrot just released a new version of this Drone, the A.R. Drone 3.0 or Bebop (a name sure to confuse fans of the Ninja Turtles) that comes loaded with a 12 megapixel fisheye camera, and a two kilometer range with first person view flight!

(BTW – I am pretty sure it is illigal in both Canada and the US to fly a RC vehicle beyond unaided direct sight, so unless you have mutant hawk eyes, this drone is built to break the rules.  I will confirm this with a future post.)

Now, we’re talking about regulations, restrictions, licensing and insurance for what is still just a small remote control helicopter.

Taking photos and video from remote control vehicles is nothing new – but its only recently that there have been enough of them flying around and crashing into things that they have attracted mainstream attention.

The last thing we need as an industry (or society in general) is regulation of what should be common sense – especially when there are already existing regulations that are perfectly capable.

Call me a crazy conspiracy theorist, but the only time I see regulations on commercial aerial photography actually being enforced is when governments or corporations that fund governments have something to hide.

You know, like when National Geographic photographer George Steinmetz was arrested to taking aerial photographs of a feedlot in Kansas.

There are three main complaints related to drone photography:

To me privacy from being photographed from the air by a drone is not really a legitimate concern.

Anything a drone with a camera can see from the air, you can already see right now from Google Earth, from conventional aircraft with a telephoto lens, or from the ground.

The only difference is that a drone can provide a unique perspective – and this is especially true for video. 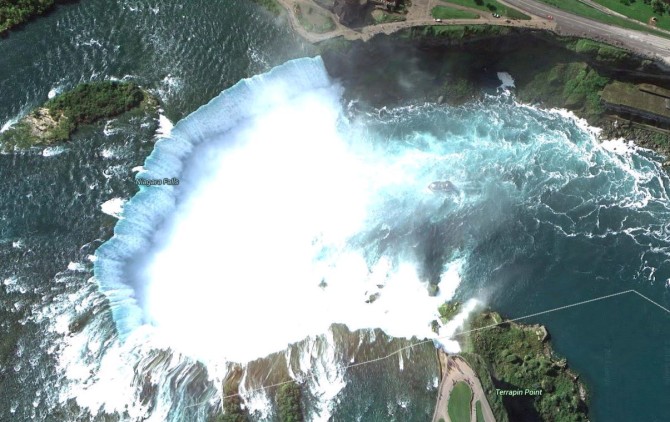 Of course, flying a drone over something interesting is a lot easier and cheaper than finding a nearby hot air balloon – so the frequency of photographing or filming something worth seeing from the air is drastically increasing.

This has led to some recent minor conflict as both the general public and autority figures adjust to the possibility of being photographed from the air – not unlike the adjustment to being photographed and filmed by anyone with a cell phone which is currently ongoing.

Safety is of course a legitimate concern – nobody wants a flying hunk of plastic to drop on their head.

But realistically, there are a whole lot of other flying things that are way more dangerous than remote control helicopters that are completely unregulated.

According to the internet (which never lies):

Again, the point is that safety concerns over collisions with remote control helicopters with cameras on them are (for the time being anyway) statistically insignificant.

3. Entitlement to Peace and Quiet

Nobody wants to be harassed by a giant buzzing mosquito – especially if you are trying to enjoy some peace and quiet at a National Park or other wilderness area.

Entitlement to peace and quiet (among other reasons) is what led the US National Park Service (NPS) to recently ban Drones from Yosemite National Park.

Although I personally question the actual impact a few random quad-copters would actually have on wildlife, the National Park Service is bang on when they say:

Drones impact the wilderness experience for other visitors creating an environment that is not conducive to wilderness travel.

Of course, the exact same thing can be said about other motorized vehicles – like motor boats, jet skis, ATVs and snowmobiles that are still allowed in many National Parks and other wilderness areas – but I for one am at least glad that it will only be the noisy, drunk teenagers across the lake that impact my wilderness experience on my next camping trip.

However, I do have to admit that annoying teenagers have only impacted my wilderness experience on very rare occasions – and I’m pretty sure the same could be said of photographers flying drones.

Since the operation of remote control drone aircraft for the purpose of taking photos and recording video is still legally a little ambiguous, I propose a voluntary code of conduct for drone photography.

Really there only needs to be one rule:

Don’t be an idiot.

But, since rules control the fun, here are a few suggestions for the safe operation of remote control model aircraft from the Academy of Model Aeronautics – AMA Model Aircraft Safety Code.

There are a few main points:

However, the AMA pretty much excludes all aerial drone photographers and videographers as their first person view (FPV)  rules of operation state:

The use of imaging technology for aerial surveillance with radio control model air, craft having the capability of obtaining high-resolution photographs and/or video, or using any types of sensors, for the collection, retention, or dissemination of surveillance data information on individuals, homes, businesses, or property at locations where there is a reasonable expectation of privacy is strictly prohibited by the AMA unless written expressed permission is obtained from the individual property owners or managers.

So I guess that leaves us with perfectly level flying…woo hoo what fun!

Is aerial drone photography or aerial drone video, for either recreational purposes or commercial use an actual issue – or just the latest media frenzy fueled by an irrational fear of drones?

Do you fly a drone?  Have you had any issues with overzealous authority figures or disgruntled by-standards?

Please leave a comment below and let us know what you think!

« Nikon’s Big Week for Announcements: Two Mirrorless Cameras and One Big Lens
Realism: The Role Photography Plays in CGI on the Big Screen »