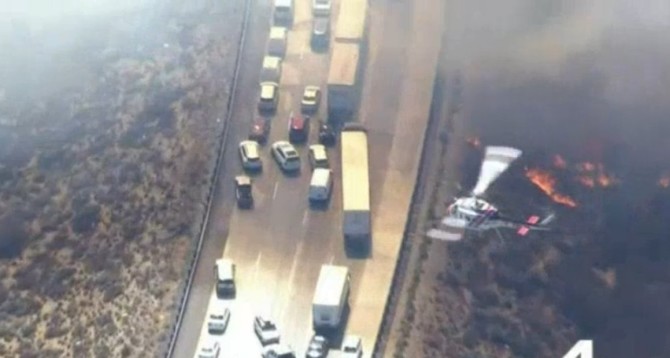 There is no doubt that drones have brought some otherwise inaccessible news, but with that aerial access comes the dangers of uncontrolled airspace.

Southern California is suffering from a pretty wide fire and airplanes and Helicopters have been deployed to fight the fire. Specifically, some of the worst incidents are happening around Cajon Pass where a house and several cars were burnt.

After being deployed the aircrafts were forced to land after 5 drones were sighted.

Officials told NBC LA that two of the five drones were actually following air units and causing significant delays on the rescue operations:

Two drones actually gave chase to air units, and the incident delayed response by about 15 to 20 minutes, according to Battalion Chief Marc Peebles of San Bernardino County Fire Department

But before landing, the air units needed to dump their load in water instead of where it was needed.

John Miller of U.S. Forest Service explained to NBC LA how dangerous it can be:

San Bernardino’s fire department tweeted a warning poster to warn drone operators of the hazard they became, but still drones have been interfering with rescue forces 3 times in only the last month. 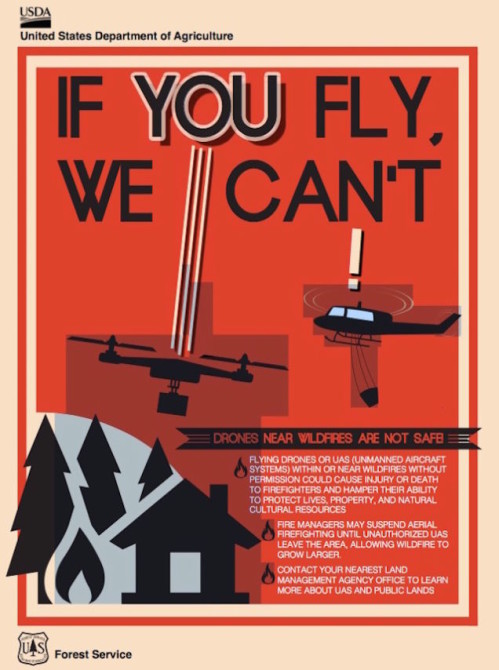 If you recall, a drone was removed from a gas explosion scene in NYC last year in what was considered then as a controversial move from NYPD. This just shows us that regulation is definitely not there yet.

Can We Stop Calling Them Drones? They’re Just RC Helicopters With A Camera