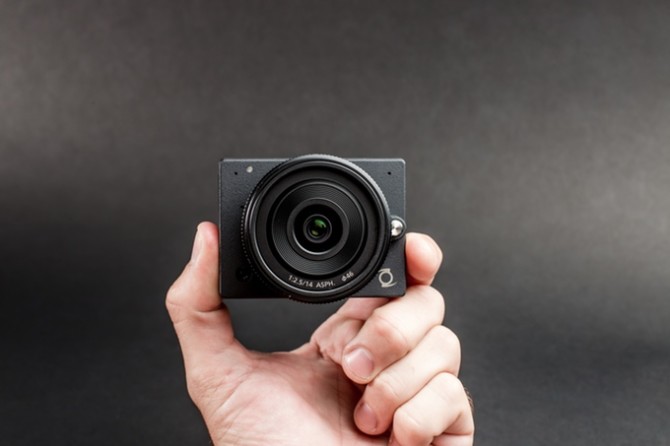 We all love the GoPro for a variety of reasons.  But, one major drawback of the well-known action cam is a sacrifice on quality due to it’s sensor size.  Oh, and you’re kinda stuck with the stock the fisheye-like lens.

Z Camera is looking to give GoPro a run for their money with the introduction of the E1, the world’s smallest micro 4/3 camera with interchangeable lenses and 4K video.  Although it hasn’t yet hit mass production, this feat of photographic engineering is shaping up to be fun!

Yep…with overall dimensions (not including lens) only 8mm larger than the GoPro Hero4, this camera packs a punch.  Housed inside it’s tiny body is a 16MP micro 4/3 image sensor, Wifi, and Bluetooth capabilities.  And, the advanced 3D filtering technology gives it amazing low-light performance, allowing users to shoot quality video footage at ISO 100,000 and stills at ISO 6400.

Current E1 prototypes work with the Panasonic lineup of micro 4/3 lenses and will eventually be compatible with Leica, Sigma, and Olympus lenses as well. 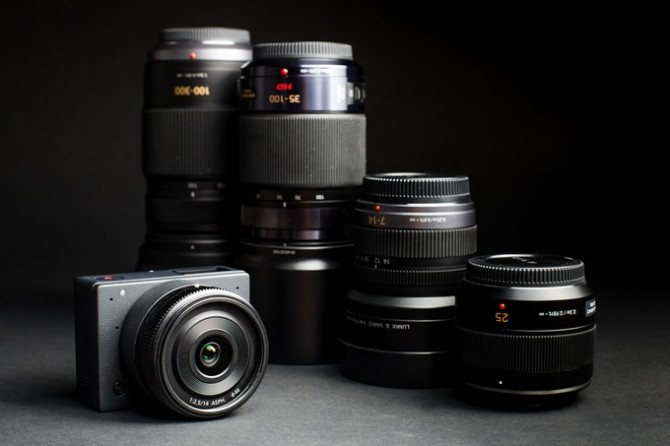 What’s really cool about this camera is the user’s remote control abilities.  The camera can remain in standby mode for up to one month and be activated by a smartphone without ever having to touch the camera directly. 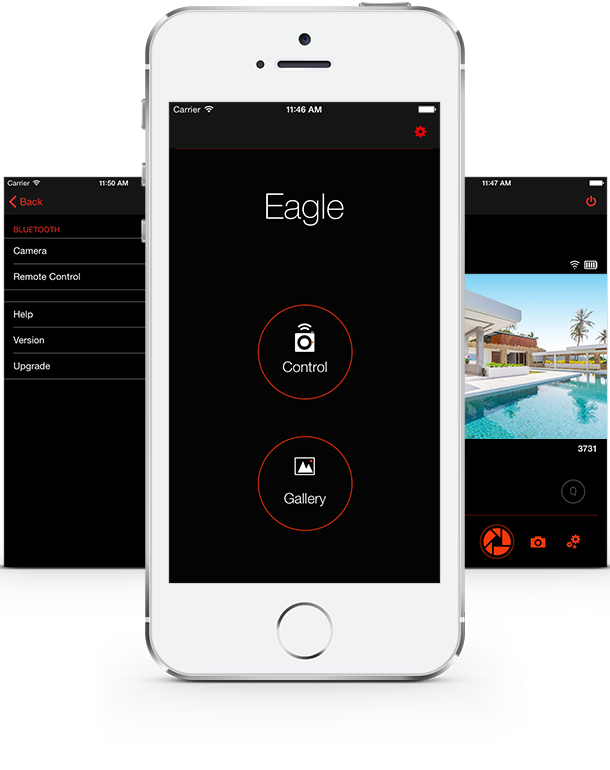 One of the obvious drawbacks is that with the use of quality-yet-fragile lenses, this E1 is not necessarily built to withstand the same rigors as a GoPro.  While I’m certain that such accessories as waterproof housings and action mounts won’t be long to follow, the chances of damaging the camera and lens will be significantly higher.

But, you always have to sacrifice somewhere…

While their Kickstart page says that units will start shipping in November 2015, other sources have placed the release date as early as the end of the month.  According to Z Camera’s founder Jason Zhang, the camera will retail at $699 for the body only, or somewhere in the $1,000 to $1,100 range with a 14mm Panasonic lens.

To learn more about the E1, visit Z Camera’s website (if you can read Chinese) or head over to their Kickstarter page.

Affinity Photo: can it give Adobe a run for its money?