I am currently in the market for a Lightroom replacement. It’s a story involving a dead laptop and Adobe’s business practices, which are simultaneously too mundane and too incendiary to address, so I shall not indulge you with the details. But a Lightroom replacement is a tall order. First, and most obviously because Lightroom’s reputation precedes it. Second, because I have an extensive history with Lightroom. Still, the plunge must be taken.

One of the students at the Photocritic Photography School mentioned Affinity Photo a little while back, and now seemed as good a moment as any to take it for a spin using its 14 day free trial. Affinity Photo has had a few mentions here on DIYP, but no in depth review since it came out of beta for Mac in July last year, so it also seemed reasonable to share my findings with you, lovely readers. (Please be aware, I’m coming at this from the perspective of a Lightroom user. I don’t tend to use Photoshop all that much.)

Affinity Photo is based around four ‘personae’, or work modules: Photo, Liquify, Develop, and Export.

Photo is a pixel editor, along the lines of Photoshop that affords an impressive number of layer-based editing options. The Liquify persona is an advanced warping option that can distort, pinch, compress, and move pixels at a stroke. Develop is where your Raw images will first be processed. And Export does the obvious and acts as a export hub for your photos. 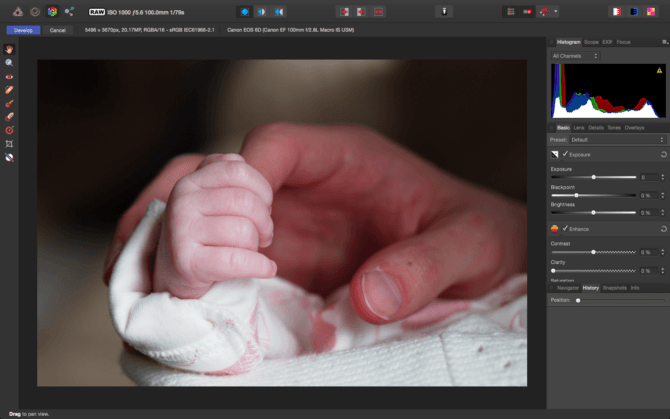 My first observation was that, unlike Lightroom, Affinity Photo doesn’t offer any cataloguing support and neither does it provide for the import of multiple images. While I can cope without a cataloguing facility–my images are carefully logged and stored anyway–not being able to upload an entire shoot or holiday of photos for processing does make it time-consuming operation to select, upload, and process a series of photos.

Uploading a Raw image means that you’ll be taken to the Develop persona first. At this point, I found myself having to make a choice; did I want to remain in the Develop persona, which offers a split or mirror screen view that enables you to compare your edits against the original, or to head straight to the Photo persona where this dual view is only possible when making certain adjustments? The Develop persona offers most of the tools that I need for the majority of my edits, but the Photo persona can be slightly more user-friendly for others. Alternatively, I could bounce between the two, but that felt unsatisfactory, too.

This semi-duplication of tasks feels like an oversight, especially when neither persona is comprehensive in its offerings. As an exercise in comparison, I evaluated the merits of both personae by editing a single image from start to finish in either Develop or Photo. Instinct told me that making people jump from one persona to the other isn’t efficient, but neither does remaining in a single persona to complete an edit feel in the best interests of the image. A comparison would help here.

I started in the Develop persona; that is, after all, where your Raw photo lands when it’s imported into Affinity. The crop tool doesn’t provide you with the same number of aspect ratio profiles as you might get on Lightroom, but it’s self explanatory, and the straighten tool is perfectly simple.

In Develop, you can adjust your white balance using a dropper, from the White Balance icon on the left of the screen, or you can play with the sliders. Unlike in Lightroom, there are no presets and if you press the ‘reset’ button for the sliders on the right hand panel, that takes both Kelvin and tint back to their starting points. Keep a pencil and paper handy if you like to change your mind.

Perhaps my biggest concern with the Develop persona is the crude nature of the sliders. Budging the contrast slider to the right by only three percentage points has a dramatic impact on the tones in the image. I would appreciate a little more subtlety and refinement here.

If you want to adjust the hue, saturation, or luminance of a specific colour, you’ll need to head into the Photo persona; there’s no option for that in Develop. So last up is a little sharpening and de-noising if required. At ISO 100, the landscape wasn’t noisy at all, but I gave it a quick sharpen. Then you need to hit the Develop button before exporting it. Here it is. 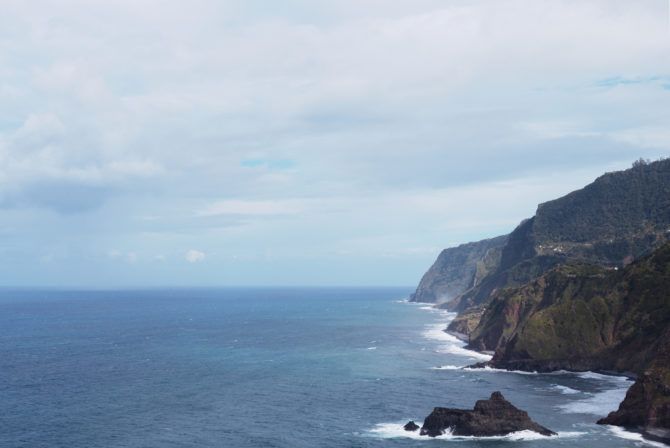 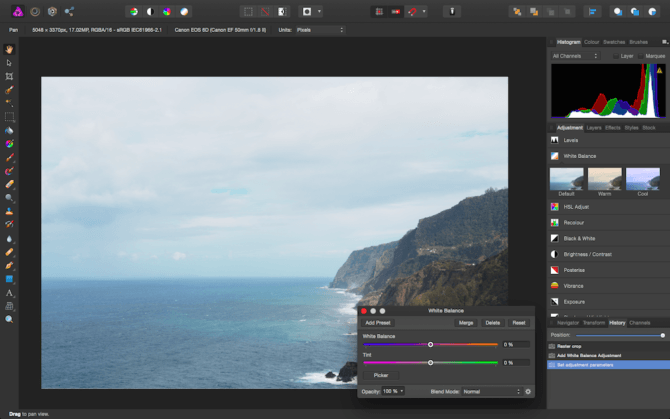 I made use if the hue, saturation, and luminosity sliders to increase the intensity of the greens, blues, and cyans in this scene, but not too much. 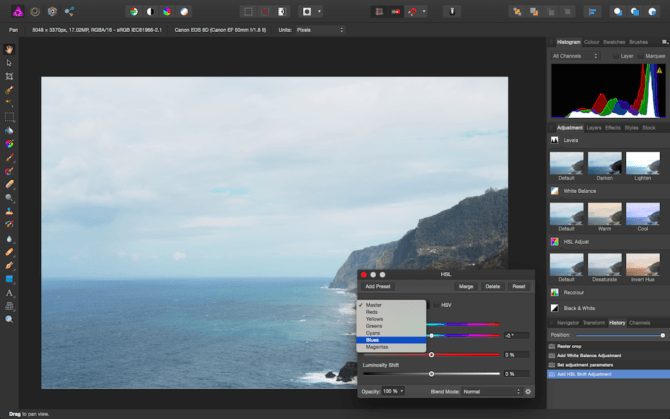 And then it was to the Filters tab to select the Unsharp Mask and bring a little more definition to the scene. After that, it was just an export away. What do you think? 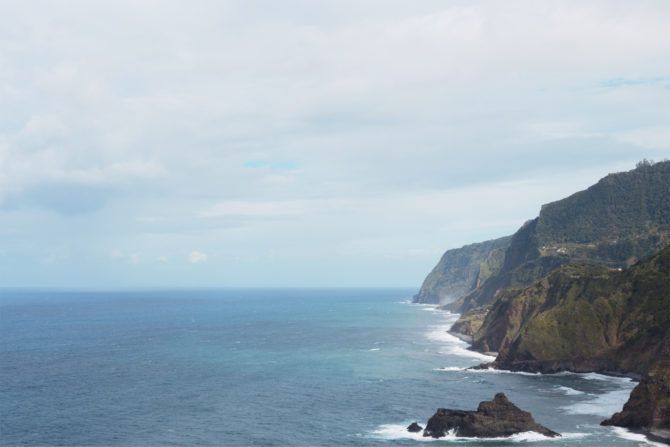 While it might seem a little odd to perform a compare-and-contrast across the Develop and Photo personae, I wanted to show the differences between them in performance and to raise the issue of duplication. If using the Photo persona proves to be easier than the Develop persona, surely a simple Raw conversion task makes more sense? But if you want to give people the option to develop their Raw files comprehensively without shifting to the Photo persona, then the Develop option needs more refinement and attention. In particular, when there are two different means to perform one task–for example white balancing–but neither is optimal, it comes across as a waste of effort, and maybe even some mis-communication, from the developers. Neither persona feels complete right now, and that’s a shame.

When I was editing other images, using a mixture of both the Develop and Photo personae, my overwhelming impression was that Affinity Photo requires refinement. So often it felt crude or clunky. The contrast slider is a perfect example. Here you can see the difference of just 10 percentage points. 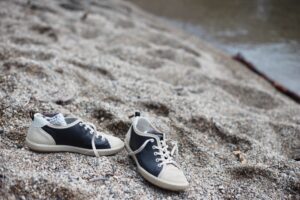 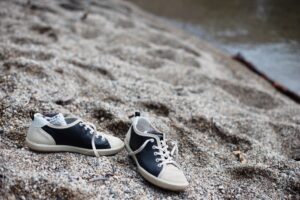 The black and white conversion option did the job, but again, it didn’t feel as smooth or as nuanced as it could be. At ISO 1000, there was just a hint of grain that I wanted to smooth out of this shot, and the de-noising mechanism felt that bit too slow, too. 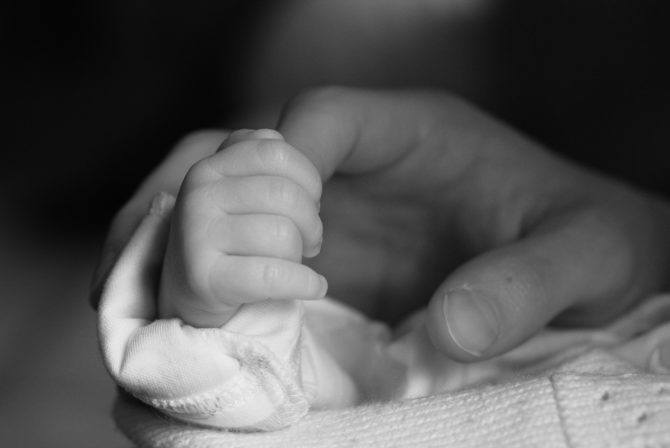 When it came to making selective adjustments, I was pleasantly surprised. The area around Finnbar’s eyes was just a little too dark for my liking, but I was easily able to select it using the selection brush tool in the Photo persona and increase the exposure a touch. 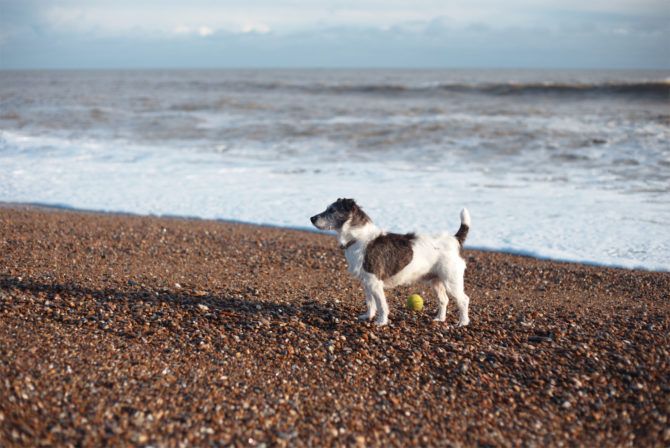 Similarly, the healing brush worked well to remove some blemishes from my subject’s cheeks in this photo. 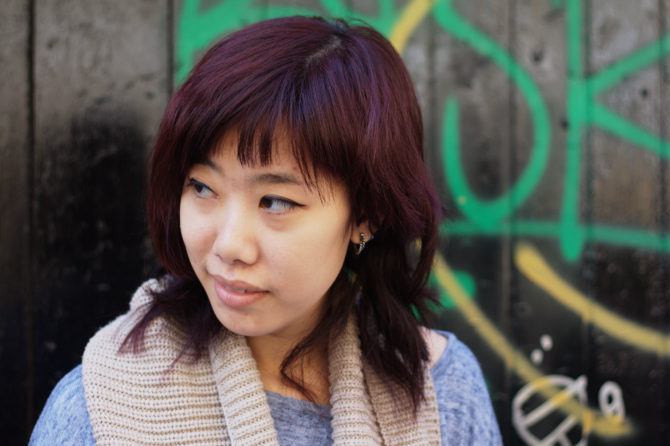 Finally, I was quite disturbed to see that when I moved a photo from the Develop persona to the Photo persona, it could display as pixellated. Sure, it doesn’t export like that, but when you’re trying to make detailed edits, that’s not ideal. 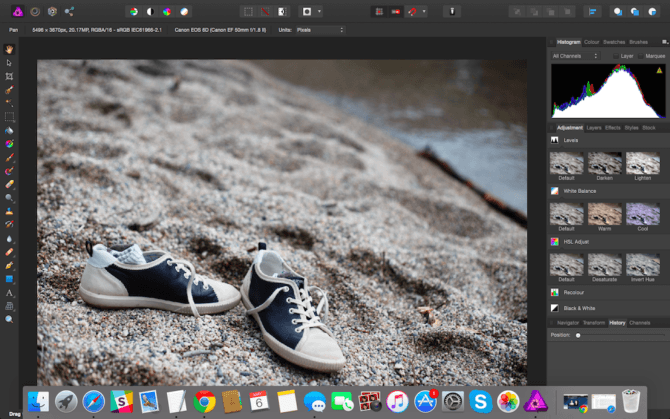 Take a look at the branch on the shoreline towards the right of the frame. It’s not smooth.

With a £40, subscription-free, fee, Affinity Photo is very wallet-friendly, but it’s not for me. For someone who wants something that is more Photoshop-esque, but at a fraction of the price, it could well be the right choice. I’ve been spoiled by years of using Lightroom and maybe I’m going to have to make some concessions. Certainly at the price it is hard to complain too vociferously, and that a company is attempting to challenge the Adobe monopoly is incredibly encouraging. However, Adobe’s refinement shows and this is where Affinity needs to concentrate its efforts.