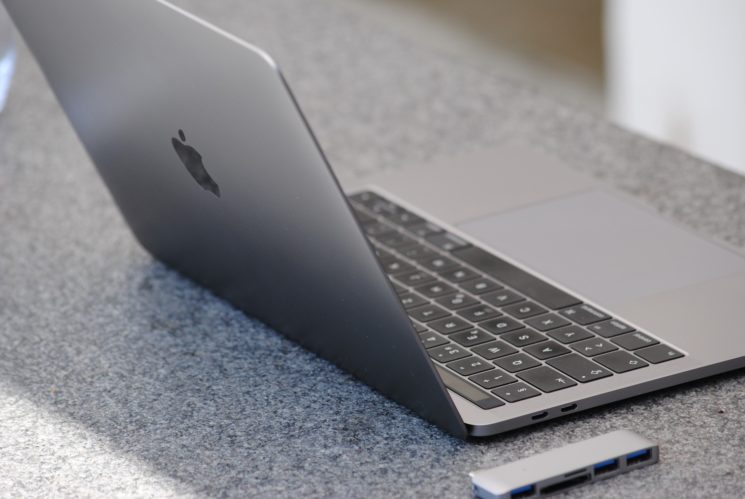 A few months ago, Apple announced a recall for a certain number of 15-inch Retina MacBook Pro laptops, and the FAA banned these laptops from flights. British travel photographer Julian Elliott recently tried to fly out of Vietnam with his MacBook Pro from the “suspicious” series. However, his laptop was deemed unsafe and he ended up being stuck in a foreign country.

Apple’s recent announcement reads that the battery in the affected laptops “may overheat and pose a fire safety risk.” Affected units were sold primarily between September 2015 and February 2017, and other than the FAA, The Civil Aviation Authority of Vietnam has also banned them from flights. As you imagine, Elliott’s laptop falls within this group. However, according to The Independent, the photographer successfully made two domestic flights on Vietnam Airlines while carrying his laptop.

Before flying from Ho Chi Minh to Hanoi, the photographer says that the security asked to look at the serial number of his laptop. “They checked extensively and told me that it was fine,” he told The Independent. The same things happened when Elliott was flying from the Vietnamese capital to Da Nang. Both times, his laptop was deemed safe. However, the problems began when he was supposed to fly back to Europe.

The security first told Elliott not to switch the laptop on during the flight. But then they decided to say “no” to him even taking it into the airplane. A manager reportedly suggested that the photographer left the laptop behind in Vietnam with a friend. However, as he needed it for work, book accommodation, and so on, the photographer refused and he had to stay in Vietnam.

“With my flight departed Vietnam Airlines refused to find me any accommodation,” Elliott told The Independent. But, he was invited to the country by a Vietnamese travel company to take photos for them. Luckily, they helped him to find a place to stay. He now has to wait for his battery to get replaced, and the replacement part must be flown from Singapore. This whole “adventure” will most likely take up to two weeks.

Now, Vietnam is certainly not a bad place to get stuck at for two weeks, and Elliott admits that himself. But this still comes with its difficulties. First of all, he’ll need to pay a fee to extend his stay in the country. This also messed up his plans, as he was supposed to fly to Romania on 30 September for another shoot. Finally, he doesn’t know if his travel insurance will cover this sort of thing.

Apple’s MacBook Pro recall is no idle warning, as we could have seen from photographer Steve Gagne’s case. If the battery explodes, it could put you in great danger.

If you’re on an airplane, an exploding battery could put you and many other people in danger. So it’s no wonder that these laptops were banned from flights. However, it is strange that Elliott was allowed to fly with it within the country, and the same laptop was deemed unsafe when he wanted to fly back to Europe.

So, if you bought a MacBook Pro between 2015 and 2017, head over to Apple’s website, type in your serial number and check if your laptop is affected. If it is, you’re eligible for a battery replacement, and after that, you can fly wherever you want. And most of all, you and everyone around you will be safe.

NY state trooper stops aerial photographer for flying over police station; sergeant calls him off. Why can’t we all just get along?

« The GoPro Hero 8 is official, along with “Mods” and GoPro MAX 360° camera
Skydio prepares to take on DJI with the new Skydio 2 4K self-flying drone »