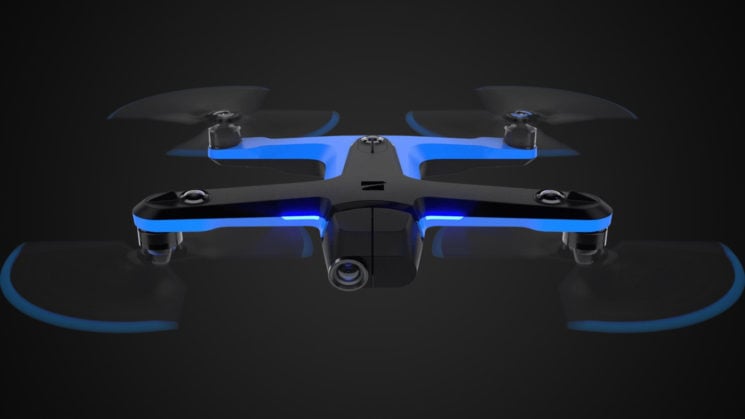 California-based Skydio launched their R1 drone last year, and it was a very impressive piece of kit. 13 onboard cameras allowed it to be fully autonomous and virtually impossible to crash. The problem was, it was pretty huge and at $2,500 it wasn’t very affordable vs the likes of the Phantom and Mavic drones from DJI.

Now, though, the Skydio 2 has been announced, a smaller drone with an improved 4K camera for shooting video, full autonomy, complete surround obstacle avoidance, more interactive control options, and only a $999 price tag.

The biggest selling points of Skydio 2, are its level of autonomy and safety. The video aboveopens with a DJI Phantom crashing into a street sign with ease to highlight just how “dumb” drones are. Now, DJI drones do have some level of obstacle avoidance, but it’s not perfect on all their drones, and certainly not in all directions.

The Skydio 2, on the other hand, claims full obstacle avoidance and doesn’t even require a pilot, thanks to six 200° cameras, offering 45-megapixels of obstacle avoidance from all directions. In fact, they practically dare you to crash it, suggesting that it’s an impossible task. They’re so confident in its obstacle avoidance that they will replace or repair the Skydio 2 for free, provided it was flown within their Safe Flight Guidelines.

When it comes to the main camera, it shoots 4K HDR video at up to 60 frames per second (1080p120) at up to 100Mbps with 13 stops of dynamic range, as well as 12-megapixel still photographs. The camera is built around Sony’s IMX577 1/2.3″ CMOS sensor with a 20mm full-frame equivalent f/2.8 lens and Qualcomm’s QSC605 image signal processor, mounted to a 3-axis gimbal. Skydio teased some sample footage shot with it a few months ago.

The new drone has a top speed of 36 miles per hour, offers a range of up to 3.5km (we’ll get back to that), and can fly for up to 23 minutes at a time. Not terrible, but when you compare it to the 45mph speed and 31-minute flight time of the DJI Mavic 2 series, it does seem to lag a little behind. But, depending on the cost of batteries, and how much flight time and speed you actually need, the Skydio may work out to be more cost-effective for your requirements.

There are three ways to control Skydio 2. The first is using your smartphone with a new Skydio app. There’s no word on exactly what the range is when using a phone to control the drone, but I can’t imagine it’s significant. To increase the range up to 1 mile (1.5km), though, there’s the Skydio Beacon. This is a small handheld remote which offers an interesting way of controlling your drone. 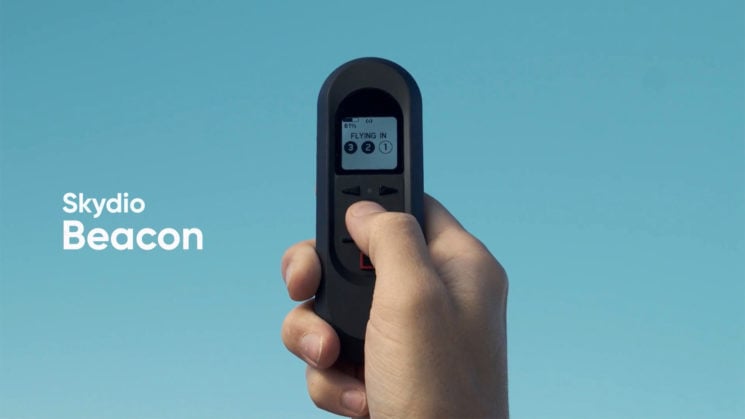 Essentially, you point the beacon towards your drone, press and hold a button, and then move your arm and the drone follows. You can also change the follow flight modes with this unit, too, switching between front view, back view, circle, etc. It’s small enough to slip into your pocket, so if you’re just trying to get some cool shots of yourself without having to hide a big unwieldy controller in the shot, this is a great way to go that offers some decent range. 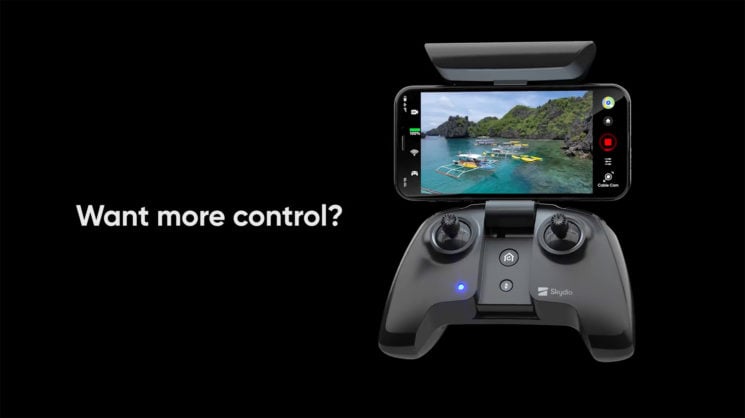 Then, naturally, there’s a standard controller, into which you slot your phone to see what your drone sees, view telemetry data, and change various settings. This offers the greatest range, of over 2 miles (3.5km).

The controllers don’t come included, though. The Skydio 2 drone itself is $999, and as mentioned you can control it with your phone. The Beacon and Controller are $149 each. So, if you want both, your total will come to just shy of $1,300. Still, that’s not a terrible deal at all.

To get yours, you can reserve now for a $100 deposit, with the balance to be paid when your order is ready to ship – at which point you’ll also be able to choose whether or not you want one or both of the remotes. Shipping is expected to be sometime in November.

« Photographer stuck in Vietnam after airline bans him from flying with recalled MacBook Pro
How to find your niche in photography, and why you should do it »