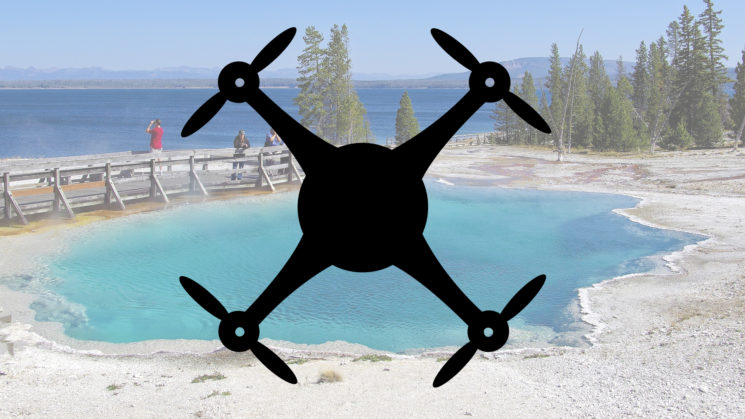 DPReview reports that Skydio published the video to promote its “true follow-me” feature. It sure looks impressive, but the company chose a rather wrong place and subject to promote it. As I mentioned, both using a drone and inline skating are illegal in national parks, and Skydio did both. But it’s not all Skydio was slammed about.

It seems that Skydio was aware that the location wasn’t appropriate for those activities. So, according to DPReview, the company geotagged Iceland as the location of the video, not Wyoming. The post was reportedly viewed over 10,000 times in one week, but users were quick to figure out that the location didn’t match the geotag. In the end, the video was removed from Skydio’s account.

According to the same source, Instagram users reacted to the misuse of the geotag, calling Skydio “dishonest.” However, the video reached Yellowstone National Park law enforcement rangers. Park spokeswoman Morgan Warthin said that “they are aware, and they will investigate it.” She added that it’s “important to recognize is that there are so many incidents of drone use that we deal with. Visitors using drones in Yellowstone is a problem.”

With drones getting more and more accessible, their number is on the rise. And as we all know, not everyone is respectful of the rules, nature or other people when flying them. According to DPReview, there were around 40 registered illegal drone flights in only in Yellowstone, in 2018 alone. Those who get caught were fined in most cases, and fines can go over $1,000 per pilot.