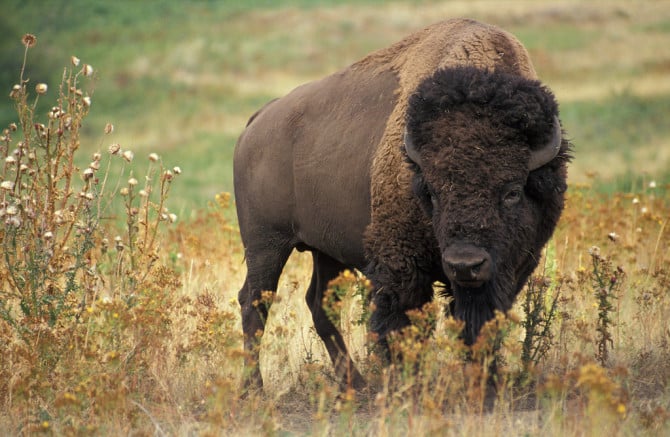 A 16-year-old Taiwanese exchange student who came to the U.S. to experience a new culture found herself up close and personal with a massive American icon.

The student was visiting the Yellowstone National Park with her host family when the incident occurred, and park officials said the lack of a safe distance was to blame.

“The girl turned her back to the bison to have her picture taken when the bison lifted its head, took a couple steps and gored her,” said a park service official.

While hiking near the famous Old Faithful geyser, the girl and her hosts noticed a bunch of people observing a lone bison near the trail.

Failing to adhere to the park’s safety instructions telling people to keep a distance of at least 25 yards from bison, the local family and their guest were believed to have been just three to six feet away.

Unlike the American woman who suffered fatal injuries after snapping photos too close to a lioness, the Taiwanese girl sustained ‘serious but not life-threatening’ injuries and was treated at the Old Faithful clinic before being airlifted by helicopter.

The incident, which took place about two weeks ago, is not very uncommon apparently. The National Park Service website states that each year more people are hurt by bison than by bears in Yellowstone and that “every year visitors are gored and some have been killed”.

Yellowstone is the nation’s first national park and the only place in the U.S. where a bison population could be found continuously since prehistoric times. Estimated at 30-60 million bison in North America before the mid-1800’s, the park service says their current population in the park fluctuates from 2,300 to 5,000.

« ‘The Drone’ is a Parody Trailer That Will Make You Lock Up Your Drone and Throw Away the Key
iris360: New 360-degree automatic camera puts new possibilities at your fingertips »