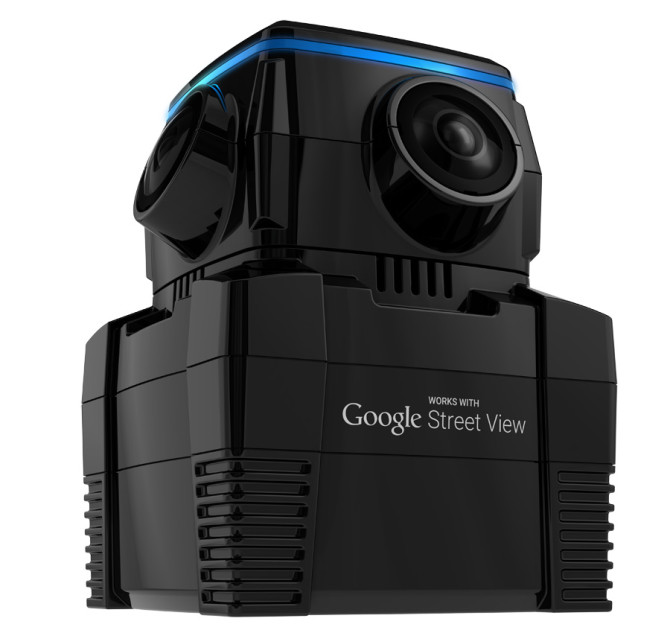 I still remember the very first 360-degree photograph I ever saw.  I believe it was around the turn of the century on a Grolier Encyclopedia CD-ROM (for you youngsters, that’s what progressive folks had before Wikipedia).  I can’t recall where the image was from, exactly, but I do recall that it was some large plaza in Europe.  I was mesmerized just wandering back and forth, up and down throughout the 450px-wide image.

Since then, technology has come a long way.  We’ve seen 360-degree images in online marketing campaigns and real estate listings, and we’ve been able to travel the world on Google Street View for years.  But, the standard process has been to hire a professional with specialized gear and software to shoot, combine, and publish the images for suitable use.  That, however, could change with the iris360, an automated imaging system for capturing, compiling, and publishing 8k (in other words, wicked high res), 360-degree images to the web.

The iris360 is essentially a hands-free, idiot-proof panoramic capture device.  It contains a robotic camera head that pans and tilts to photograph the scene and a built-in processor that compiles an HDR image and uploads it to Google Maps and Street View over WiFi (as well as saves it to a micro SD card for offline application).

Sadly you can’t get your hands on a set right now, but pre-orders should deliver in August according to the Iris and will set you back £ 1,299 ( or $1,999 VAT exclusive)

How This Could Change Things

Remember how I said it’s pretty much idiot-proof?  Well, that puts operation of the iris360 well within the technical grasp of the general public.  With a pre-order sticker price of $1,999, anyone with a little extra cash can begin cranking out HDR, seamless, panoramic images.  It gives the average Joe professional capabilities without requiring a ton of knowledge to achieve a dynamic result.

Chances are, the average Joe isn’t going to rush out and buy one of these, so I don’t foresee this being like the advent of the camera phone where everyone and their monkey’s uncle starts snapping immersive photography.  What this does do, however, is allow those with a bit of entrepreneurial spirit to easily expand on their current offerings without a large financial or time investment.  Let me explain…

I do a lot of work with housing manufacturers, both those who develop cookie-cutter homes as well as those who design and produce custom homes to a client’s specifications.  I’ve had clients ask me about 360-degree imaging before, but it’s not something I’ve offered and it wasn’t high on their priority list, so that wasn’t a deal-breaker.  Now, imagine I have a system that enables me to offer that service without doing much more than pressing a button.  It could be easily tacked on to a shoot without incurring a whole lot of cost on the client’s part and without taking up much more of my time.

Hypothetically, let’s say I added three immersive panoramic shots to a project (two interiors and an exterior) for $300.  The client gets a bargain (since all baseline costs are already part of the larger project); I save time over manually capturing, editing, and compiling multiple frames into a final image; my value as a service provider increases; and my financial investment is paid off after less than seven shoots.  (Again, this is hypothetical…feel free to plot the numbers wherever you see fit.)

If I were a real estate photographer shooting a large volume of homes, I could add an interior and exterior 360-degree image for an extra $100 (or whatever numbers might work instead) to each home and have my investment paid off in a few weeks or less while, again, increasing my perceived value as a service provider.

And, someone who simply wants to start a business offering 360-degree imaging services has their starter package right here!

Prior to first seeing the iris360, I had already been contemplating expanding my gear and service offerings into the realm of 360-degree imaging but have been debating internally about how to sell the increase cost for the time involved to my clients.  Perhaps now I’ll be able to conquer both foes with same proverbial grenade.

« Girl Posing for a Photo Gored By a Bison in Yellowstone National Park
Become a camera maker on the super-cheap: DIY Pinhole Camera + Template »