Control decks have only just recently started to become popular with photographers. They’ve been an integral part of video editing & colour workflows for years, though. Now that the lines between stills and video cameras are a little blurred, the reach of these useful devices has expanded. Other devices like the Palette Gear, and BrushKnob have started to pave the way. But now, we have a more complete desktop controller for talking to Lightroom.

The Loupedeck allows you to quickly and easily access many of Lightroom’s most used tools without having to hunt through dialogues or scroll down lists of options. The control console is aimed amateur and professional photographers who want to work efficiently. Anybody who’s ever come home from a wedding or vacation with a couple of thousand images to sift through is going to understand the benefits of such a device.

Created by Mikko Kesti in Helsinki, Finland, the Loupedeck isn’t the first device to provide this sort of external control. It does, however, seem to be one of the better looking and more functional ones. It has a modern and intuitive interface, with everything neatly laid out and easy to access. 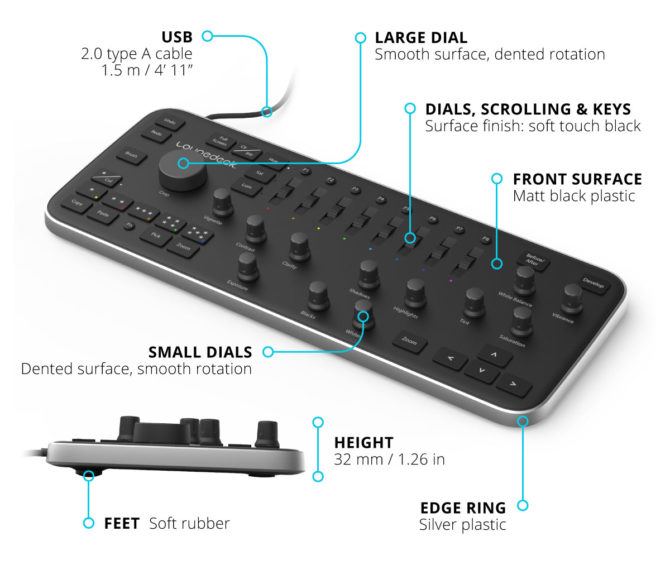 Having dials for basic functions like exposure, contrast and clarity, makes adjustments go much more quickly. I would expect it to offer quite a substantial degree of control at speed, too. the amount of controls it offers is actually quite staggering. From the basics to individual colour dials and image ratings, right at your fingertips.

Of course, things like star ratings can be applied quickly and easily using your regular keyboard. Shortcut keys are available for some of the other functions, too. Not having to keep moving your hand between your keyboard and the Loupedeck, though, is going to speed up workflow and productivity. 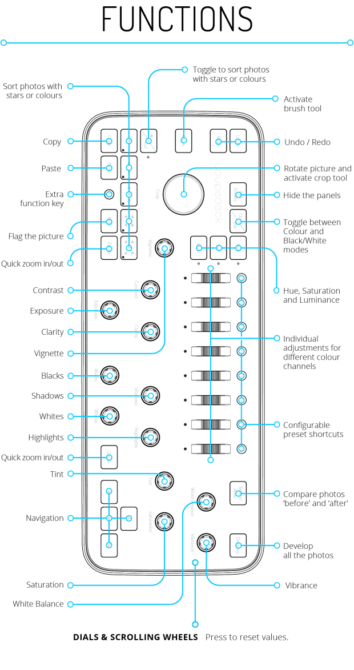 The first production run of the Loupedeck is being crowdfunded through Indiegogo. While it’s going through its current crowdfunding phase, there’s some pretty drastic discounts. Backers can expect to pay $249 at the moment for one of their own. The regular retail will be $399 once the campaign is over.

Even at a regular price of $399, it’s not a particularly outrageous sum. The Tangent Ripple is a similar control deck for colour grading video. That one comes in at around $350 and doesn’t offer anywhere near as many options. To start getting a few more options with video, you’re looking at $1,500 for the Tangent Wave. More extreme video editors out there, could spend as much as $28,500 on the Blackmagic Design DaVinci Resolve Control Surface.

Suddenly, $399 doesn’t look so bad, especially when you consider the time this could save in post. I imagine for most working professionals, the time it frees up would probably see the device paying for itself within just a few short weeks. For hobbyists, this is a more considered purchase based on how much one values their free time.

You can find out more about the Loupedeck over on their website, or back the campaign and order your own through Indiegogo.

Personally, while I think this is a fantastic idea, and a potentially great product, I won’t be backing it. I simply don’t use Lightroom enough to justify it (I prefer a Bridge/ACR workflow). If it proves to be popular, though (and it’s already over halfway funded with a month left to go), then it could inspire other companies to start producing similar devices. Devices that aren’t limited to just lightroom, can be configured for ACR, Photoshop, Affinity Photo, Capture One and the plethora of other software out there.

What do you think? Are you going to back this project and get one for yourself? Have you already backed it? Or are you going to sit back and see how the market responds? Do you think a device like this would help your own workflow? What would you like to see added that the Loupedeck is missing? Let us know in the comments.