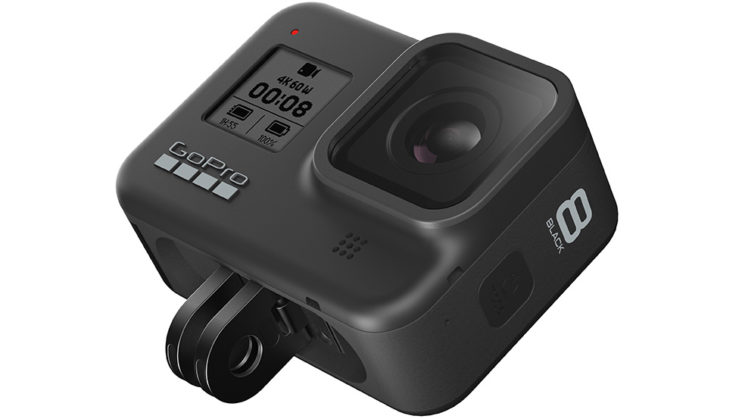 There have been rumours for a while, but now GoPro has officially announced the new GoPro Hero8 Black. Don’t get too excited, though, not much has changed in the camera itself since its predecessor. It does see a bump in max bitrate, though, going from the Hero7’s 78Mbps to 100Mbps for 4K footage. There’s also a new GoPro MAX 360° camera, follow up to the not-terribly-popular GoPro Fusion.

When it comes to the technical differences, there are a few, but not many. The stabilisation has been upgraded a little and is now available at all resolutions, the timelapse feature also offer an increased range of interval options, and the maximum bitrate’s been bumped up from 78Mbps to 100Mbps. 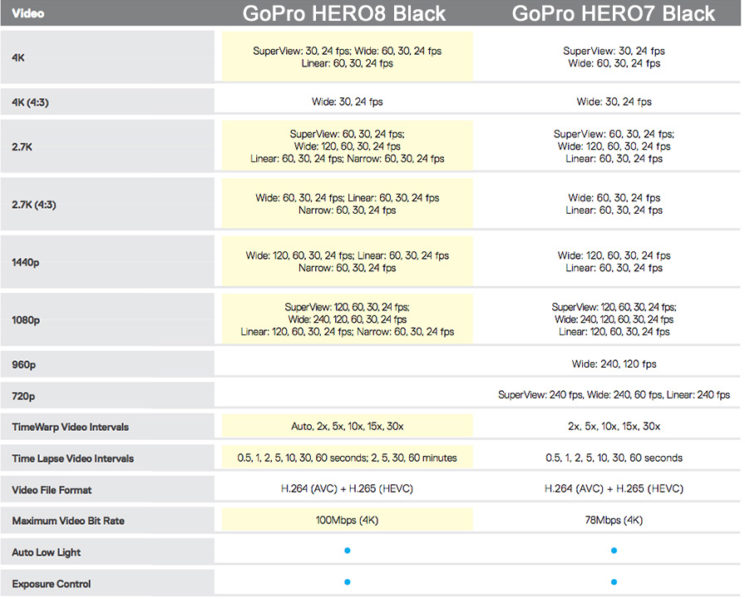 There has been a slight redesign, with better microphone placement, and there’s a built-in mount underneath the camera, meaning you no longer have to fiddle around screwing mount adapters into 1/4-20″ sockets or be forced to use enclosures to stick your action camera onto something.

On the photo side of things, you now get RAW capabilities in all photo modes, and there’s an improved HDR with less blur, and you can shoot a 3-second “LiveBurst” and choose the best photo rather than just shooting one and hoping for the best.

There are also a bunch of modular accessories, or “Mods” as GoPro is calling them. There are three modules that have been announced so far. There’s the Media Mod, the Light Mod and the Display Mod.

The Media Mod is the base for the whole system. It’s essentially an enclosure for your Hero8 which has a small built-in shotgun mic and offers a couple of cold shoe mounts, along with a Type-C USB port, HDMI output and a 3.5mm audio jack for a microphone. 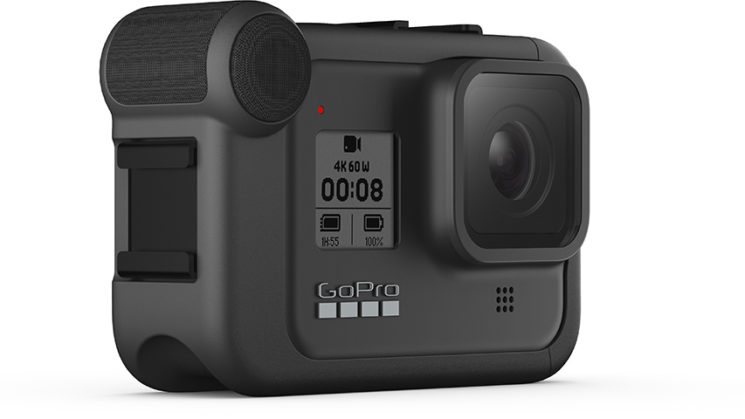 On top of this, you can place the Display Mod. Essentially it’s an extra LCD that perches on top of the Media Mod – and it won’t work without it. You can have it folded down on the back of the camera as a larger display, or you can flip it up to face the front for when vlogging, or just trying to see your composition when filming your action adventures. 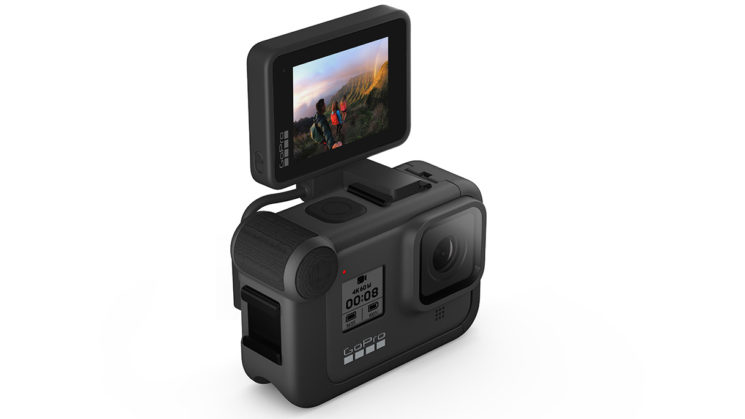 Finally, there’s a Light Mod, which, strangely enough, is a little LED light. It’s battery-powered and waterproof up to 10 metres. It also mounts to the Media Mod, or you can attach it to whatever you like, as it’s not dependent on the Media Mod like the display.

As a vlogging setup, though, it seems awfully expensive. You’re looking at $400 for the camera, $80 for the case, $80 for the LCD and $50 for the LED. That’s $610 in total. Sure, it’s also $399 for the Osmo Pocket, but there’s nothing else you need to buy for it, and it’s real stabilisation, not electronic. Of course, the Osmo Pocket doesn’t quite have the durability of a GoPro.

Finally, GoPro has announced the new GoPro MAX. It’s a followup to their previous GoPro Fusion 360 camera. The MAX adds a screen, one of the biggest complaints of the Fusion, and is waterproof up to 5 metres.

It features HyperSmooth stabilisation, TimeWarp, four “digital lenses” (crops, basically), GPS and has the same folding mount introduced on the Hero8. It also has voice control, although I’m not sure that’ll work underwater.

360° videos are recorded at up to 5.6K resolution at up to 30 frames per second, but you’re also able to shoot 1440p60 “HERO mode” videos. It includes six microphones for capturing 360-degree audio which appears to be mixed down to stereo sound.