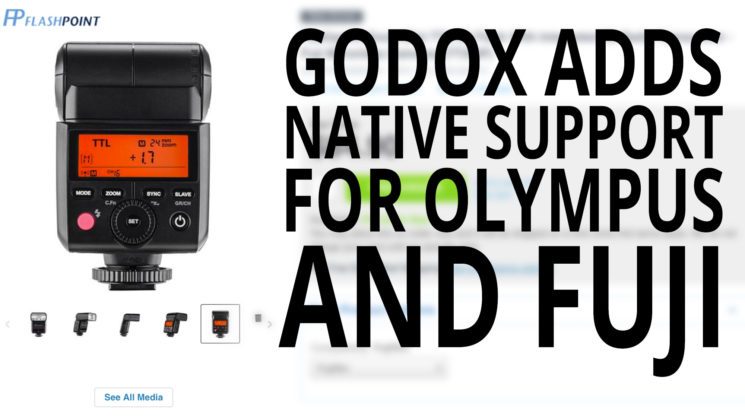 Recently, we showed you a somewhat expensive option for using Godox flashes with Fuji, Olympus and other brand cameras. There’s also been a rumour floating around that Godox were working to add native support for some of these brands. Now, though, it seems that support is starting to come quicker than anybody had anticipated. 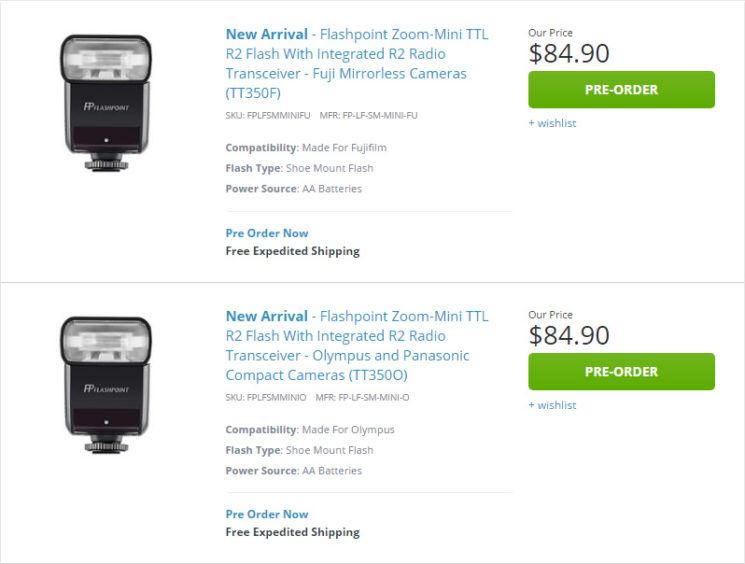 Godox officially mentioned the Panasonic & Olympus version a few days ago, but there was no mention of Fuji. An official release date yet has not been announced, nor when they might ship. But, it does show that Godox are now taking the smaller (but rapidly growing) brands seriously.

While exciting, the TT350 is fairly compact, with low power, and you’re going to have a problem getting it off the camera. Why? Well, there’s no Godox X1T (Flashpoint R2) trigger available in Fuji or Olympus/Panasonic flavours at the moment. But then, the TT350 is more of an on-camera flash to give a little more control vs the popup. It’s not really intended for use as an off-camera flash.

It wouldn’t surprise me, though, if the X1 (and its various rebrands) would be next on the list. If the addition of Fuji, Olympus and Panasonic support goes the same way Sony did, you’ll be able to get the X1 trigger for your brand. Then you’ll use Godox flashes designed for any brand with a simple firmware update.

This would make the most sense, as it means those who currently shoot multiple systems that already include Nikon, Canon or Sony will be able to make use of their existing lights.

Update : Thank you, to Kevin, for pointing out that the Godox TT350 will actually operate in master mode. This means with one of these on your hotshoe, you can already control your AD200/360II/600 and other Godox flashes (assuming firmware can handle your camera brand’s HSS/TTL) without having to wait for an X1 trigger.