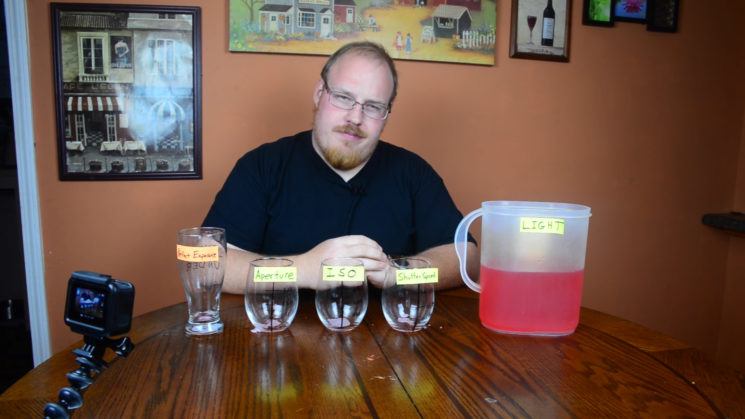 This video from Jonathon Walters explains it in the simplest way possible. Using Kool-Aid. It’s an unconventional way of explaining things, but it’s the easiest one to understand. If you’ve ever struggled with the exposure triangle, you won’t after watching this.

Jonathon’s explanation really brings it into practical terms. There is a glass which holds a certain amount of liquid. That amount is the total amount of exposure that gives a perfect result. This is the overall value that your camera’s light meter sees.

This liquid is then split between three glasses – Your ISO, aperture and shutter speed. You can’t add more liquid, and you can’t leave any in the original glass. It all has to be split between the three. 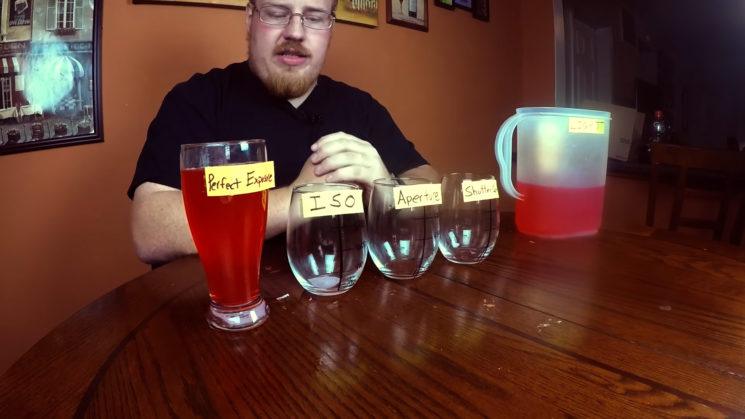 Exactly how you split it depends on your needs and priorities. What’s the most important to you? Reducing the noise in your image? Freezing motion? Getting a deep depth of field? It’s all a balancing act to get the right combination of settings to give you the final look you’re going for.

When you throw your camera into one of its fully or semi automatic modes, the camera pretty much splits the liquid up however it wants to. With your camera in manual, you have the power to control exactly how much liquid each glass holds.

As an example, Jonathon uses a photo of his kid doing an ollie on his skateboard. He thought about what he wanted, and the demands of the shot. He wanted enough depth of field that it would cover his moving subject, to be able to freeze the movement, and as little noise as possible.

To keep the noise low, no liquid goes into the ISO glass, keeping it at 100. A fast 1/200th of a second shutter speed means there’s no liquid in that glass, either. So, it all goes into the aperture, which is wide open at f/2.8. 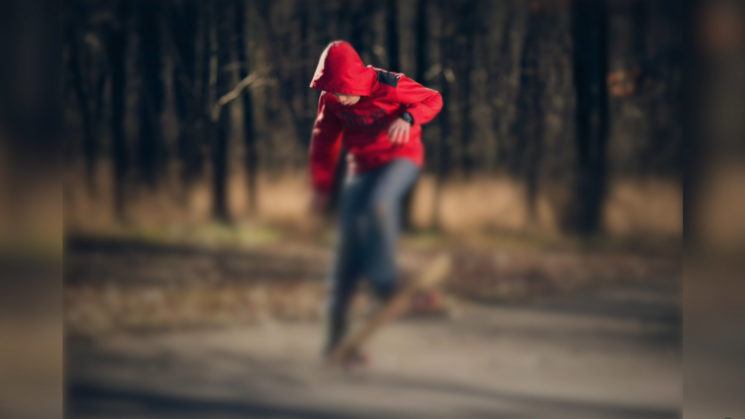 Yes, this is a simulated exposure, but it gets the point across. :)

A neat shot, but not what he wants. The noise is nice and low, the motion is frozen, but there’s nowhere near enough depth of field. He can’t take liquid away, or add it from the total. All he can do is shuffle the liquid between the different glasses.

Jonathon pours some from the aperture into the ISO, raising it up to 400. This tells the camera to boost the signal and appear brighter. The light lost from the aperture is compensated for by increasing the ISO. He also wants to stop it down a little more, though, without getting any more noise. He’s able to sacrifice a little on the shutter speed and still be able to freeze the motion. 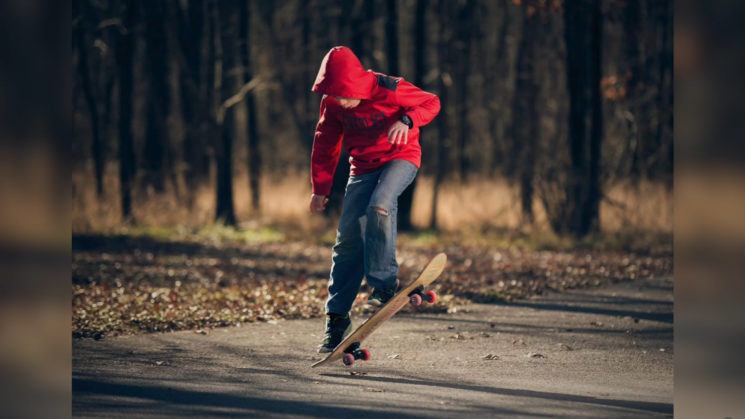 Now there’s enough depth of field to cover the moving subject, a fast enough shutter to freeze it, and an ISO low enough that it doesn’t introduce a lot of noise.

The text for this post might seem a little obscure, but when you watch the video, it’ll all make total sense. It’s definitely the easiest explanation of the exposure triangle I’ve ever seen.

It’s not a triangle: it’s the exposure quadrangle

« DJI officially launches Phantom 4 Advanced, new and improved version of Phantom 4
Do you have your favorite landscape? »