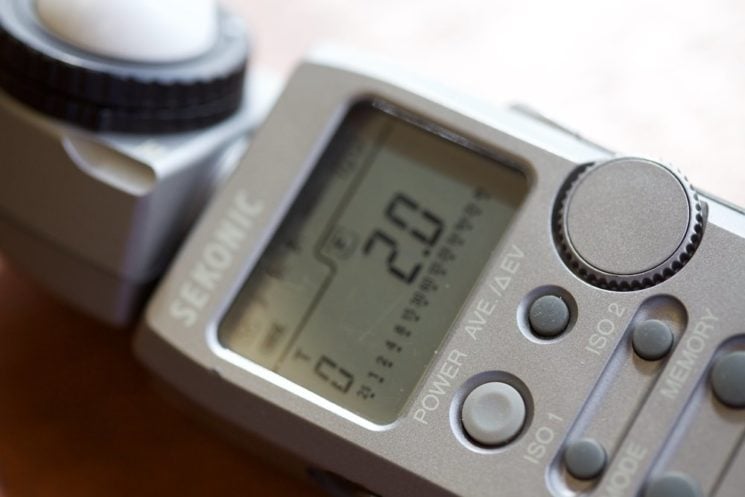 The Exposure Triangle; you’ve heard of it, I’m sure. It’s fabled in story and song and celebrated by photo instructors everywhere. We can even buy t-shirts commemorating the concept! There have been countless articles written about the “exposure triangle” (try a web search and see for yourself), all with the intent of helping newcomers to photography figure out how exposure works in their cameras.

Some of these articles are obscure and pedantic and, as my friend Shaw would put it, indulge in technobabble to impress the reader with the writer’s expertise. Others make a sincere effort to communicate important information to the reader, but all of them fail to acknowledge that beyond ISO, aperture and shutter speed, there is a fourth part of the exposure equation, the part without which there would be no exposure at all; and that part is light. 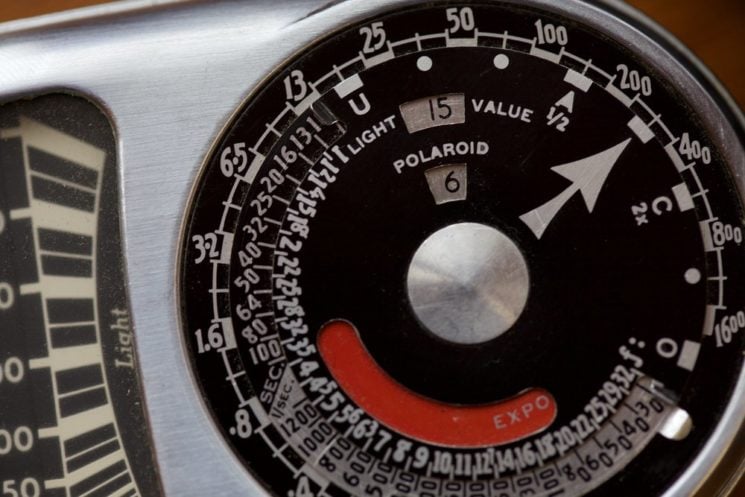 The concept of a triangle to explain exposure is a recent one, and it falls short of reality in that it only deals with the writing implements and leaves out the medium with which we write. ISO, aperture and shutter speed are our way of handling the intensity of the light we encounter in order to get our optimum exposure brightness. Older photography books have charts and even dials to help us calculate proper exposure, and all of these do factor light into the equation. 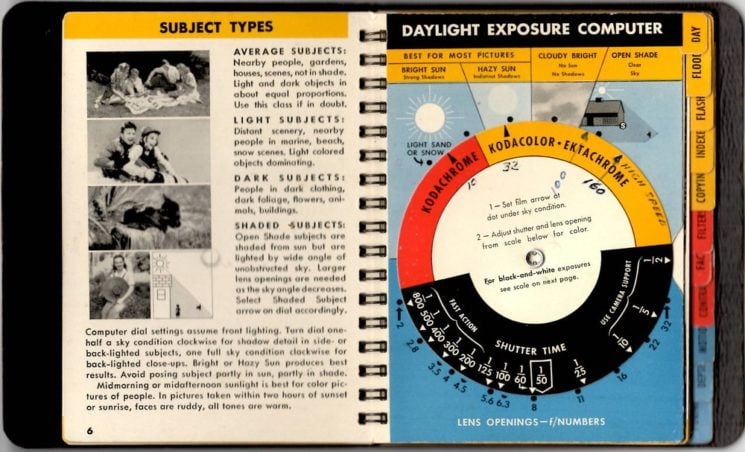 Light is, after all, not constant. In the days of film, when men were men and cameras were cameras, refraining from fielding calls from your friends, and giving your location away to the NSA, each box of film that we opened had instructions on how to deal with light, the most fickle member of the previously well-known exposure quadrangle. For direct sun, use these settings, on sand or snow, do this, in open shade set your camera this way, and when the sky is overcast, try this combination of shutter speed and aperture. For those who wanted to be able to shoot in other circumstances (indoors or at night, for instance, or in the middle of a hurricane), there were light meters. Starting in the early 1930’s, hand-held exposure meters allowed precise measurement of light, and for only $3.95 (the price of a week’s groceries in 1956) there was also the Kodak Master Photoguide with its exposure calculators; rotatable dials that allowed the matching of ISO to the current light level to determine a range of suitable aperture & shutter speed combinations. My 1956 copy of the Master Photoguide has dials for daylight, floodlights (incandescent), and flash as well as pages of recommendations for “unusual daylight situations” and “color photography at night.” The films of this era ranged in ISO rating from 10 for Kodachrome transparency (slide), to 32 for Kodacolor print film, to 100 for Ektachrome transparency film.

Exposure Value, or EV, is key to understanding exposure and the fact there is no one right ISO/aperture/shutter speed  combination for a given level of light, but rather several, depending on the look you want to give your image. 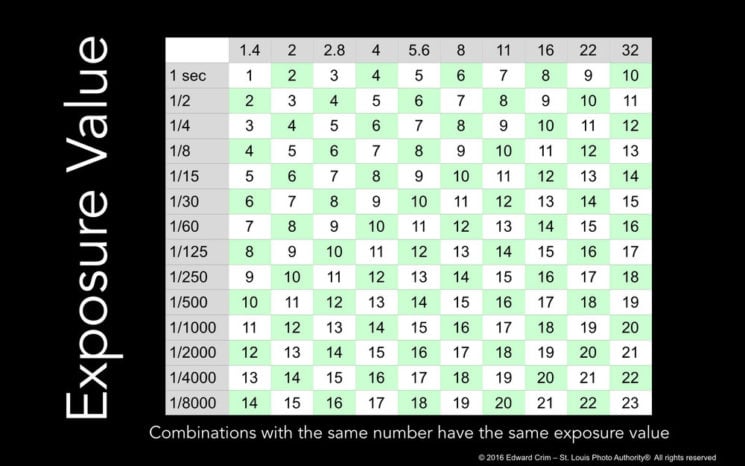 The Sunny 16 rule is an easy place to start in understanding this chart. If you know it already, please forgive the repetition, but for those of you who don’t, here it is:

Direct sunlight during most of the day = f16 @ shutter speed of 1/ISO. In other words, ISO 500 = 1/500 sec at f16. Looking at the chart above we see that 1/500 sec @f16 has an exposure value (EV) of 17. Every other combination of shutter speed and aperture that has an EV of 17 will give the same exposure. Likewise, ISO of 64 equals an exposure of 1/60 @f16 and an EV of 13. This means that you can use any EV of 13 to get the exposure you want, but your photo will look very different at 1/4000 sec @f1.4 (movements stopped and background out of focus) than it will at 1/8 sec @f32 (moving objects blurred and background in focus to infinity and beyond). The EV of these two settings is the same, and both (as well as all the other EV 13 combinations) are correct exposures in direct sunlight for ISO 64. If clouds roll in and your light fades, however, that fourth part of the Exposure Quadrangle requires readjustment of the other three and a new EV will reign. 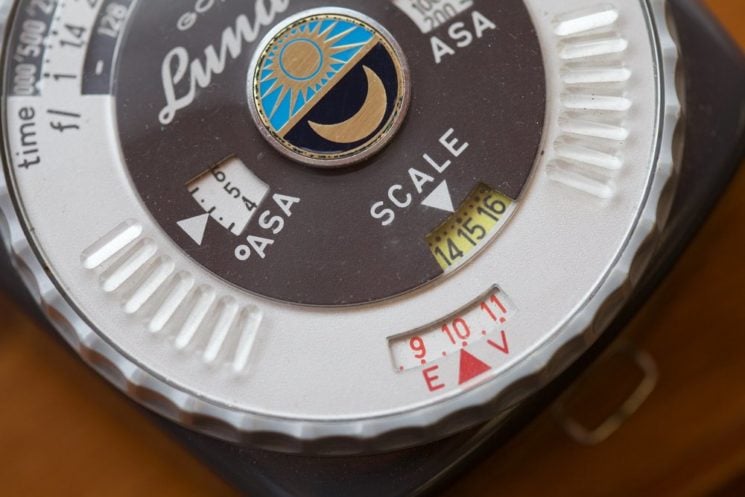 Most exposure meters will calculate scene brightness in EV. My Sekonic meters do, my old Minolta meters did and my even older Gossen and Weston meters did as well. And many of the leaf shutter cameras of previous generations had an EV scale that would lock the shutter speed and aperture together in the same EV, enabling quick and easy shift from one combination to another. Of course, we can do the same thing now (shift from one combination to another) with our digital cameras in the auto modes of aperture priority, shutter priority and program.

The meter I use most often reads flash as well as ambient light and can give readout in EV. 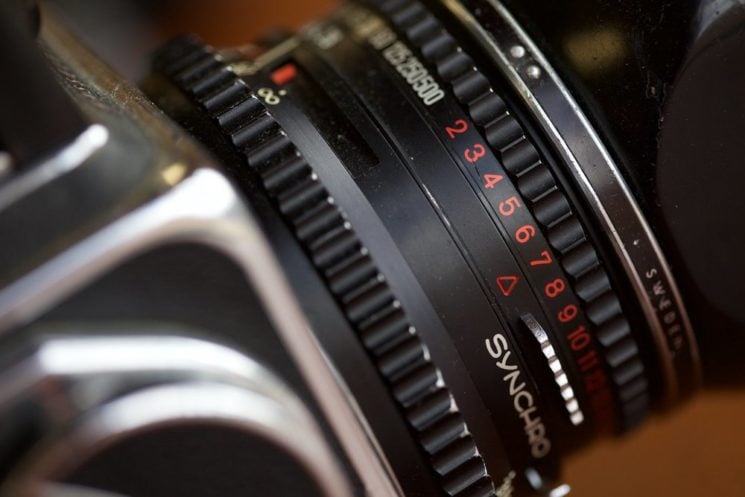 The “exposure triangle” concept is flawed not only in that it overlooks the most important ingredient of photography, but it is also flawed in that the sides do not correlate in any meaningful way. In other words, they don’t tell you what exposure to use, which makes it, well, by definition, rather useless. It only deals with the camera controls and does not deal with light level. Of course, other than revealing the truth that there are four ingredients to every image’s brightness, a quadrangle doesn’t help you calculate exposure either any, better than the triangle.

Andrew Lawn of East Anglia certainly gets the concept. He is the creator of Andy’s Handy Exposure Calculator, a printable and very useful tool for greater understanding of the four horsemen of the, er, I mean four parts of every exposure. Here’s a link to download it. 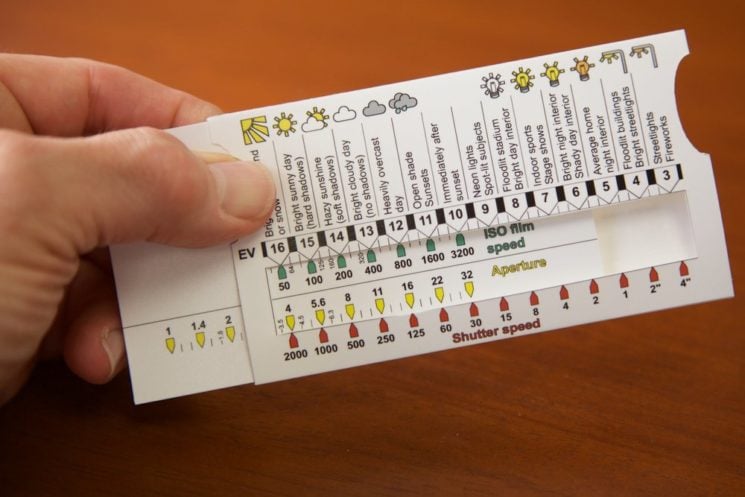 So, forget everything you’ve heard about the exposure triangle, throw out that obsolete T-shirt, and embrace the truth

There are actually four factors in controlling the exposure of every image you capture.

Edward Crim is a long time photographer and teacher, and the director of the St. Louis Photo Authority. Prior to devoting himself full time to the mission of building community through photography, Edward devoted over 5 years to developing and teaching photography programs for St. Louis photo institutions. He is also a freelance event and studio photographer for the last 15 years and managed a full-service photo lab for 12 years before that. This article was also published here and shared with permission.