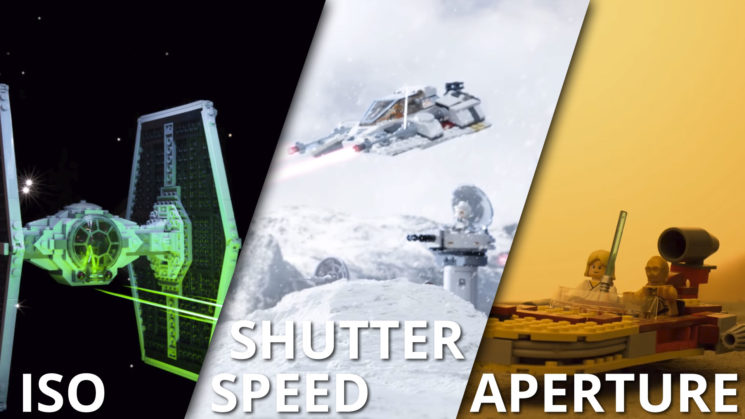 Understanding exposure is vital if you want to make informed decisions about your photography. And specifically understanding the exposure triangle. The relationship between ISO, aperture and shutter speed. It’s a delicate balance that newer photographers can often struggle with. But let Aaron Nace guide you through it in these videos with a little assistance from Star Wars Lego.

It’s a three-part series, released over last month or so, with the final video going up a couple of days ago. Between them, they explain the main variables of exposure in an amusing but practical way.

Personally, I find the aperture to be the single most important factor when it comes to choosing my exposure, and it’s the part I choose first. The aperture controls the depth of field in the shot. It’s what allows you to get a paper thin plane of focus or have the entire planet razor sharp, which Aaron demonstrates in the video above.

ISO is often a little misunderstood. It’s typically referred to as the “sensitivity”, but it’s not really meant that since the days of film. In the digital world, it’s basically amplification. All that bumping up the ISO does is boost that signal. It will come at the expense of noise, although some cameras deal better with this than others.

So there you have it. An introduction to all three aspects of the exposure triangle and how they balance with each other. Understanding them will allow you to get more creative with your photography. Just getting a good exposure probably won’t give you what you want if you let the camera figure it out for you.

« Should you ask first before you take photos in public? [NSFW]
Here are seven things they did not tell you before you bought the Sony A7III »