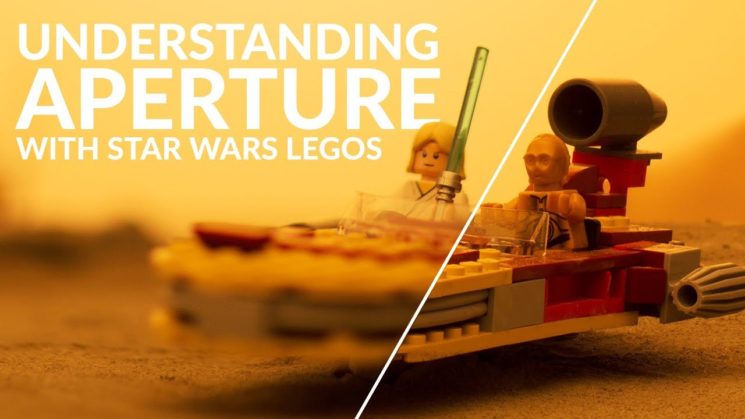 If you’re new to photography, there can be many concepts that still seem overwhelming and confusing. In this video, Aaron Nace of Phlearn explains the basics of aperture to help you grasp the concept and see what the change of aperture does for your shots. But the fun part is: he uses Star Wars Lego (and even Master Yoda’s voice occasionally) to guide you through the theory. I think that it hardly gets more amusing than that.

To start off, aperture is one of three components that control the amount of light that comes into your camera, ISO and shutter speed being the other two. The mechanism that controls the opening of the aperture is called the iris and it determines how much light will enter the camera through your lens. A larger opening lets more light in, and a smaller opening lets less light in, which makes sense, right? But there’s another thing many newbies find confusing: the f-number.

When setting the aperture, a smaller f-number means a larger opening and more light, and the other way around. I remember I found this illogical when I was just starting out. But, think of it as fractions: f/2.0 is actually 1/2; f/4.0 is 1/4 and so on.

Using a large aperture like f/1.4 results in a shallow depth of field. This means that less is going to be in focus in your image. If you need more of the scene in focus, you’ll use a smaller aperture, and if you want to keep the subject in focus and have a blurry background, you’ll use a larger aperture.

All lenses have what is known as a maximum aperture. It’s the highest amount of light the lens can let into your camera. If you use a larger aperture, then the ISO and shutter speed don’t have to work so hard to let the light into the camera. This means you can shoot with a faster shutter speed and lower ISO.

Most cameras allow you to shoot in Aperture Priority mode. This lets you control the f-number and the camera will allow the shutter speed accordingly to determine proper exposure. If you open the aperture and set it to a smaller value, the shutter speed will be faster and you’ll avoid motion blur if shooting fast-moving subjects or if you’re shooting handheld.

Aperture also affects the sharpness of your lens. Most lenses will be the sharpest around f/11, and opening the lens all the way to its maximum aperture may make your subject soft. 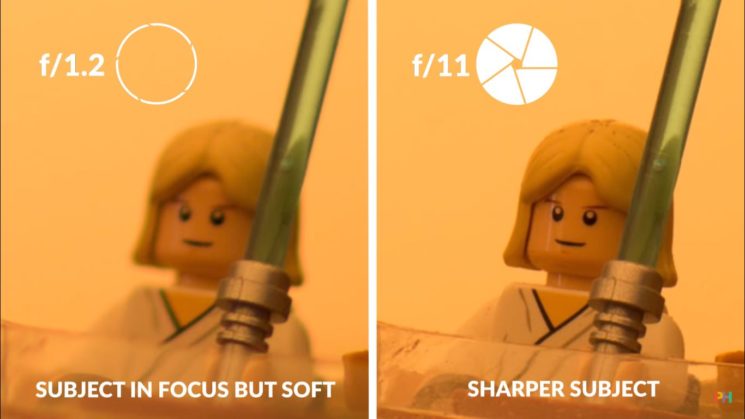 « Shooting in direct sunlight? Here are some ways to create shade
Social media’s facade of the perfect life has made us lose our empathy »