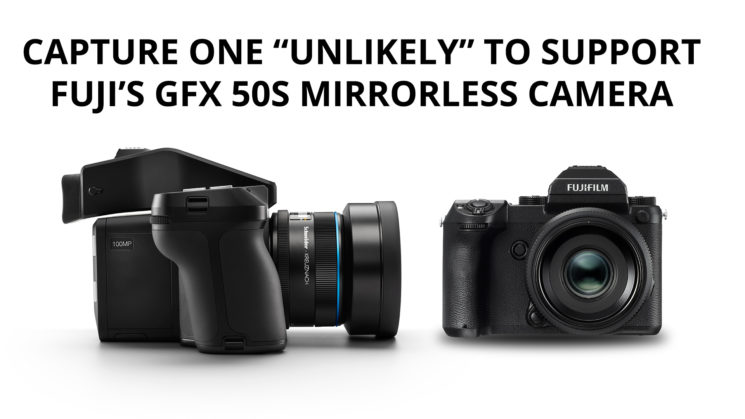 Adobe Lightroom has always faced some stiff competition against Phase One’s Capture One for medium format shooters. Even many photographers using DSLRs have made the switch. If you were hoping to use Capture One with the new Fujifilm GFX, though, you may be out of luck.

Imaging Resource seems to think that Phase One are feeling a little threatened by Fuji’s new mirrorless. But I don’t necessarily think that’s true. At least, no more threatened than they’ve felt about other medium format cameras in the past. According to Phase One support, support is unlikely to come as they don’t want to support “direct competitors of our core business”.

It shouldn’t really come as much surprise, though. It’s nothing new. Capture One also won’t be supporting the Hasselblad X1D, but these two cameras don’t really show a new “threat” that Phase One may be feeling. Capture One doesn’t support any Hasselblad bodies. In fact, it doesn’t officially support any medium format cameras other than those made by Phase One (which includes Mamiya, now that they own them).

It is unlikely that we will support the Fuji GFX 50s – we have a long standing policy of not providing support to direct competitors of our core business.”

Phase One have no problems supporting DSLRs and small sensor mirrorless in Capture One, though. You can see the full list of compatible cameras here, and there’s over 400 of them. Pentax users have managed to sort out a workaround with capturefix, allowing them to work with Pentax 645 files in Capture One. So, hopefully some bright spark will figure out something similar to allow Capture One to work with the Fuji GFX, too. 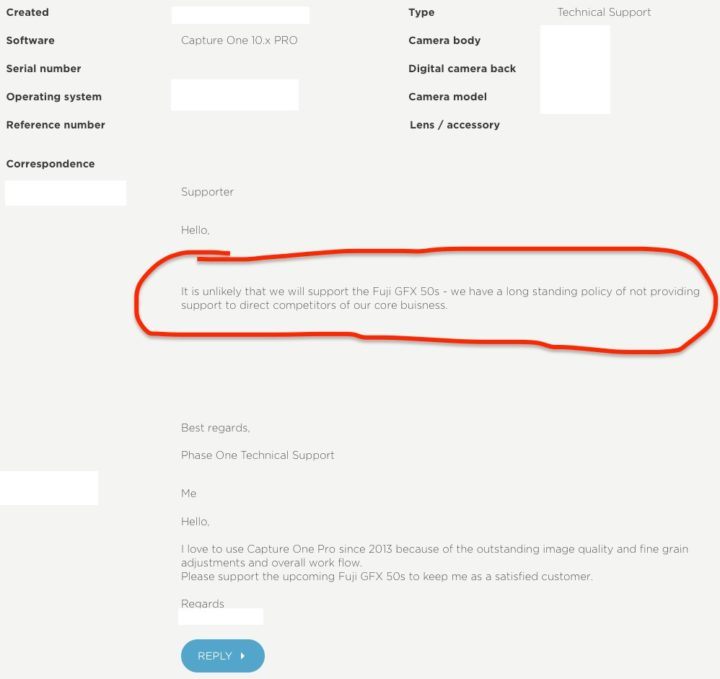 The wording of the response from Phase One Tech Support is interesting, though. Not supporting the more expensive Hasselblads is understandable. But are the Hasselblad X1D and Fuji GFX really “competitors of our core business”? Do Hasselblad predict that their X1D will start eating away at sales of their own larger bodies? When Phase One’s systems going up to around $50k, can an $9k body keep up?

Of course, it could be that Phase One are going to jump on the mirrorless medium format bandwagon and release something of their own, too.

What do you think? Are Phase One feeling “threatened” by the new medium format mirrorless cameras? Or is it just business as usual? Do you think Capture One should support competing hardware? And why? Could this response be a sign that Phase One also have a mirrorless medium format in the works? Let us know in the comments.