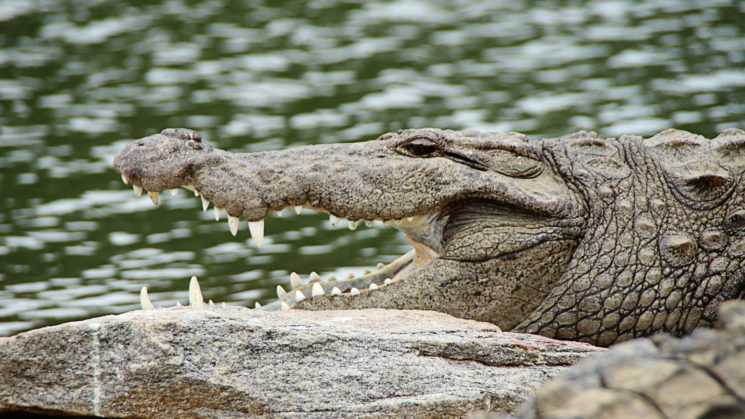 It seems that “Selfie Stupidity” isn’t going to stop any time soon. In this latest act of idiocy, French woman Muriel Benetulier was attacked by a crocodile in the Khao Yai National Park while posing for a photo with it. Bangkok Post reports that according to Khao Yai park rangers, the attack occurred on Sunday afternoon. Mrs Benetulier and her husband spotted a crocodile around 2m (6’6″) in length basking in the sun near a canal.

As often seems to happen these days, Mrs Benetulier decided she wanted a photograph of herself with the crocodile. There were warning signs around, in English, warning hikers to keep to the trail and watch out for reptiles. They ignored them. Posing for the photo, she squatted near the crocodile to have her husband take the shot. As she was getting back up, she tripped, which caused the crocodile to attack.

It’s that surprising, really. If you get close to a crocodile and quickly fall over, it’ll either think you’re wounded prey or a potential threat. Either way, it’s going to attack. This is why such warning signs exist. Also, common sense. 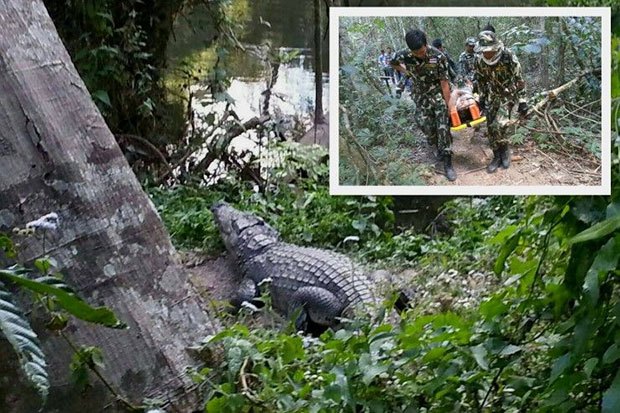 After reportedly leaving a 25cm (10″) gash 5cm (2″) deep on her right leg, it’s unclear whether the croc felt it made its point or whether she managed to escape.

Park chief Kanchit Srinoppawan told the Bangkok Post that the crocodile was believed to have been released into the park without authorisation in 2008-2009. Veterinary examination confirmed that this individual was not the endangered freshwater Siamese crocodile native to the area.

It’s never attacked anyone before. The incident took place because of a breach of regulations. There are clear signs in the area and officials conduct routine patrols in isolated parts [of the nature trails].

It is believed that capture of the crocodile has been attempted several times, always ending in failure. They say that the water is just too deep, and the crocodile is often too well camouflaged.

Well, it seems that where official attempts to lure the animal out of hiding have failed, Mrs Benetulier has succeeded. Perhaps they should invite her back so they can give it another go.

No news on how well her photo turned out.

« Is Phase One feeling threatened by mirrorless medium format cameras? Capture One “Unlikely” to support Fuji GFX
These images may look like CG renders, but they’re actually photographs »