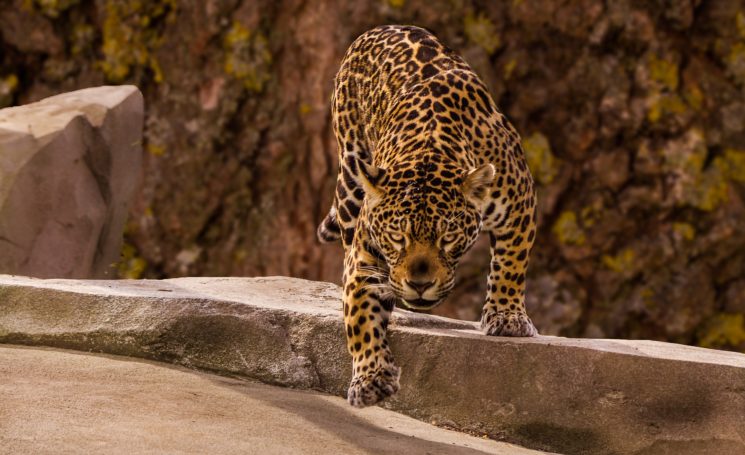 Sadly, it’s not that rare that people get injured or even killed while trying to take selfies with wild animals. On Saturday, 9 March, another case of selfie-related attack occurred when a woman got to close to a zoo fence in order to snap some selfies with a jaguar.

The attack happened in Wildlife World Zoo, Aquarium and Safari Park in Arizona. According to Rural Metro Fire Department crew, the woman was trying to take a selfie near the fence, when the big cat reached out and attacked her arm. The woman was taken to a hospital for treatment, but her injuries aren’t life-threatening, as NBC News reports.

After the incident, the zoo issued a statement about what happened. Their statement confirms what was reported in other sources: the woman crossed the barrier to take photos with one of the zoo’s female jaguars. “At no time was the animal out of its enclosure,” the zoo points out, adding that the incident is being “fully investigated.”

Please understand why barriers are put in place. Sending prayers to the family tonight. pic.twitter.com/2MPb8bXhwR

Many Twitter users expressed their concern about the jaguar after the zoo issued the statement. However, the zoo spokesperson added that nothing would happen to the jaguar. “She’s a wild animal and there were proper barriers in place to keep our guests safe – not a wild animals fault when barriers are crossed.”

We can promise you nothing will happen to our jaguar. She’s a wild animal and there were proper barriers in place to keep our guests safe- not a wild animals fault when barriers are crossed. Still sending prayers to her and her family.

Animal-related accidents are among the most common ways people die while taking selfies. But luckily, this woman’s injuries weren’t severe or fatal. As a matter of fact, she returned to the zoo the following morning to apologize. The zoo’s owner said to NBC News that she described her actions as “foolish.” That’s one way to put it, for sure.

I hope that the woman is recovering and that she has at least learned a lesson. And I hope that this story can be a cautionary tale for everyone who’s willing to risk their wellbeing for Instagram likes. The barriers between you and wild animals are there for a reason – so don’t cross them. Not even for an Instagram-worthy photo. It’s not worth it.