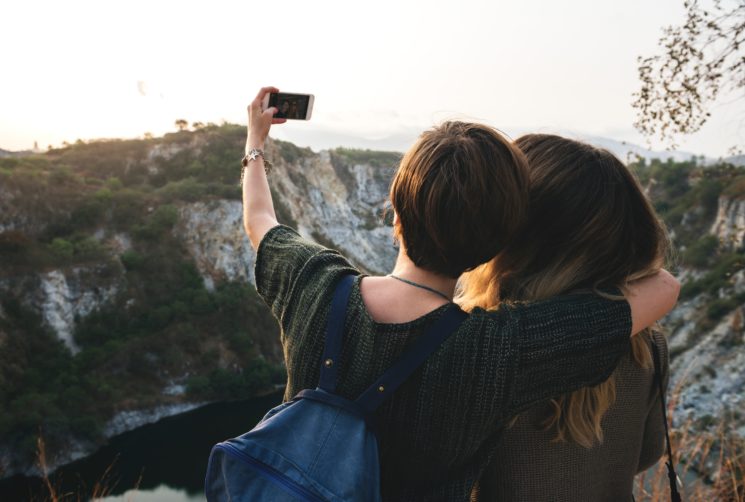 It’s sad but true that nowadays it’s hard to imagine our social media feeds without selfies. And what’s even sadder is that people get killed while trying to capture the most like-worthy snapshot of themselves.

The selfie as a phenomenon has already been a topic of studies, and a recently published one explores the issue of fatal selfies. A team of researchers has published the results, exploring the numbers of selfie-related deaths, as well as the main reasons behind these tragedies.

To gather the data, the team searched the news online. They were searching for keywords such as “selfie deaths; selfie accidents; selfie mortality; self photography deaths; koolfie deaths; mobile death/accidents.” This study has enlisted the largest number of selfie-related deaths so far: 259 deaths in 137 incidents between October 2011 and November 2017. In my opinion, this may not be the most accurate and comprehensive method, as it’s limited to the English language sources only.  But, the scientists themselves admit that these results are “just a tip of the iceberg.”

According to the study, drowning takes the first place when it comes to the causes of selfie-related deaths. Transport comes second, and it’s mainly a consequence of shooting photos in front of a running train. And in the third place come fire-related incidents and falling off of high locations.

Among other reasons, there are also electrocution and animal-related accidents, and I remember two of those (involving a bear and a walrus). There are also selfie deaths due to firearms, and most of them occurred in the United States. The researchers point out that this could be due to less restrictive gun laws in the region.

The gathered data show that the tragedies occurred mainly among the younger population, with the average of 23 years of age. About a half of total selfie deaths occurred in 20–29 year age group. 36% happened in 10–19 year age group and the remaining percentage goes to the higher age group.

As for the reasons, among the higher range are animal and fall-related deaths were the most common. In the younger age group, the most common selfie-related incidents involved electrocution, drowning, and firearms.

A large prevalence of deaths happened among males: 72.5%, while women make the remaining 27.5%. The researchers classified “risky behavior” and “non-risky behavior” in relation to the selfie-related deaths. Expectedly, risky behavior caused more incidents and deaths, and males are more likely to get involved in them.

The study suggests that “no selfie zones” should be declared across popular tourist areas in order to prevent incidents. This should especially involve places such as “water bodies, mountain peaks, and over tall buildings,” the researchers write. As the highest number of selfie-related deaths occur in India, this country has already begun proclaiming the no-selfie zones.

Of course, it’s not the selfie itself that kills people. It’s the dangerous and risky things people do in order to get the “best” photo. As for the proposed solution, a commenter on our blog summed it up perfectly: “No-selfie zones are like ground traffic lights. Real problem, wrong solution.” I couldn’t agree more.

Luckily, I don’t know anyone who died because of a selfie. But I know a dude who ended up with a broken shoulder after trying to take a photo while riding a bicycle. I believe that selfie-related accidents and deaths will only decrease when people stop doing stupid and reckless things in order to take a photo. unfortunately, I don’t think this will happen any time soon.

« The Godox XPro-P flash trigger is a “game changer” for Pentax photographers
U.S authorities will soon be legally allowed to shoot down your private drones »