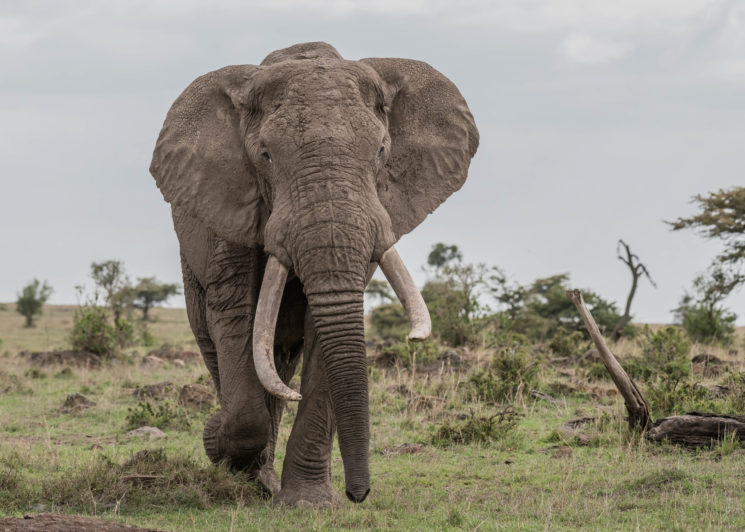 Some people would put themselves in danger to get a “perfect” Instagram photo. And others would even endanger their children, too. A father was recently trying to get a photo of himself and his two-year-old daughter inside the elephant enclosure at San Diego Zoo. They narrowly escaped when the huge animal charged at them, and the father even dropped his child on the ground while running away from the elephant.

In the video above, you can see the event and hear the shocked people screaming. 25-year-old Jose Navarrete trespassed the barrier with his toddler daughter, and while they were posing for a photo, the animal rushed towards them. He climbed out over the fence, dropped the baby girl on the ground, and returned to pick her up. My heart sank as I saw it, but thankfully, the girl was uninjured, and so did her father and the elephant.

San Diego Zoo issued an official statement after the incident. “On March 19, two guests, despite multiple barriers, purposely and illegally trespassed into a habitat, which is home to our Asian and African elephants,” the Zoo writes, confirming that everyone involved was unharmed.

Catherine Doyle of PAWS said that the elephant named Chaba was protecting her space. “She was responding the way really an elephant would to an intruder,” she told CBS8. She added that it looked like a mock charge, which elephants do to scare off an intruder. “However, if Chaba thought her message wasn’t getting through, it could’ve turned into a more serious attack,” Doyle added. So Navarrete and his daughter were fortunate to escape.

But even though Navarrete escaped the animal charging at him, he didn’t escape police charges. The police confirmed that the man “wanted to take a photo with the African bull elephant.” He was arrested and charged with child neglect, child abuse, and trespassing. He is currently being held in a San Diego County jail with $100,000 bail.

“Oftentimes, the public thinks of elephants just like Disney’s Dumbo where they can pet them and ride them, and that’s not the case. Wild animals are unpredictable.” Doyle said. “If someone thinks that they’re going to take a chance, you know, for a thrill, try to do something like this, and do a selfie with a wild animal, you know you can end up losing your life,” she concluded.

We have seen cases like this before. Sometimes, an animal would give people a good scare when they approached for a photo. And sadly, some people even ended up losing their life to wild animals just because they wanted to take a selfie. Wild animals are not your best buddies, so stop posing with them for a selfie. And more importantly – stop risking your children’s lives so that you can get that “perfect photo.” It’s absolutely not worth it.

« 100 camera angles, shots and movements in 10 minutes for filmmakers and photographers
The Sigma fp L price has leaked ahead of announcement – will cost $2,499 »