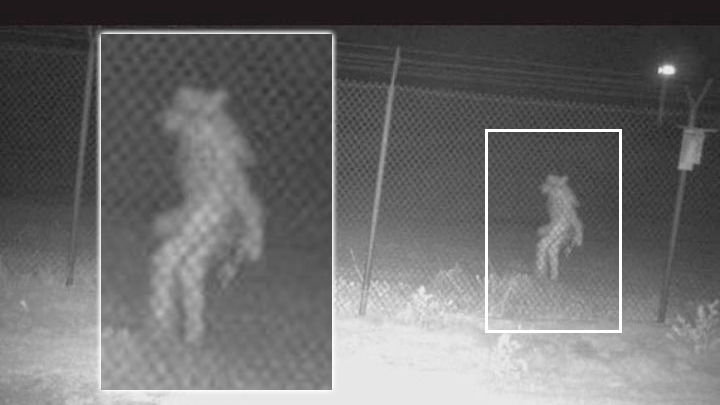 Although surveillance cameras are used for, obviously, surveillance, they’ve seen their fair share of weird, funny, and awesome stuff. A surveillance camera at a Texas zoo recently captured something super-strange. So strange, that they asked the public to help them identify the creature in the photo. Can you tell what it is?

The Amarillo Zoo captured a strange image outside the zoo in the dark and early morning hours of May 21 (around 1:25…

Posted by City of Amarillo, Texas on Wednesday, June 8, 2022

The uncanny creature appeared in front of the Amarillo Zoo in Texas. As the zoo team notes, it happened in the middle of the night of 21 May, somewhere around 1:25 a.m. “Is it a person with a strange hat who likes to walk at night?” the team wonders” “A chupacabra?” They asked the public if they had any idea what the “Unidentified Amarillo Object” could be, and some of the answers honestly cracked me up.

“Did you guys recently have a Furry Convention in town? That would answer a lot of things here.,” one user wrote. Some say it reminds them of Rocket the Raccoon from Guardians of the Galaxy or Sonic the Hedgehog. My buddy John said it looked like professor Lupin from Harry Potter. I totally forgot about him, but now I see the resemblance.

If you ask me, it looks like there’s a new version of “What We Do in the Shadows” being filmed. When I look closely at the picture, it looks like someone is giving a lynx a piggyback ride. I prefer the second scenario because it’s so random, and it makes me laugh out loud when I visualize it. Until the mystery is solved, let’s have some fun and guess what this is. Let us know what you think in the comments.