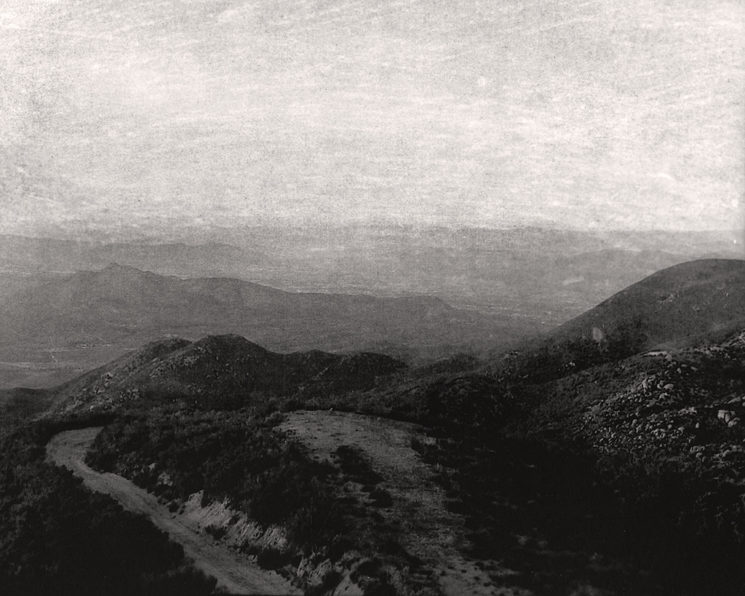 We’ve all seen all kinds of cameras and different ways of creating very artistic photos. But I have recently discovered one of the most interesting landscape series so far. Surveillance Landscapes is a series of photos by fine art photographer Marcus DeSieno. Landscapes taken by something that’s not really used for art – surveillance cameras.

His work brings the mood and spirit of Ansel Adams’ black and white landscapes, and it’s a series of masterfully done photos. But he takes these moody, monochrome images without leaving his desk or picking up his camera. Instead, he hacks into surveillance cameras, public webcams and CCTV feeds all over the world.

Marcus was kind enough to share some details about his project with DIYP. And the idea and message of the series are as powerful as the photos themselves. 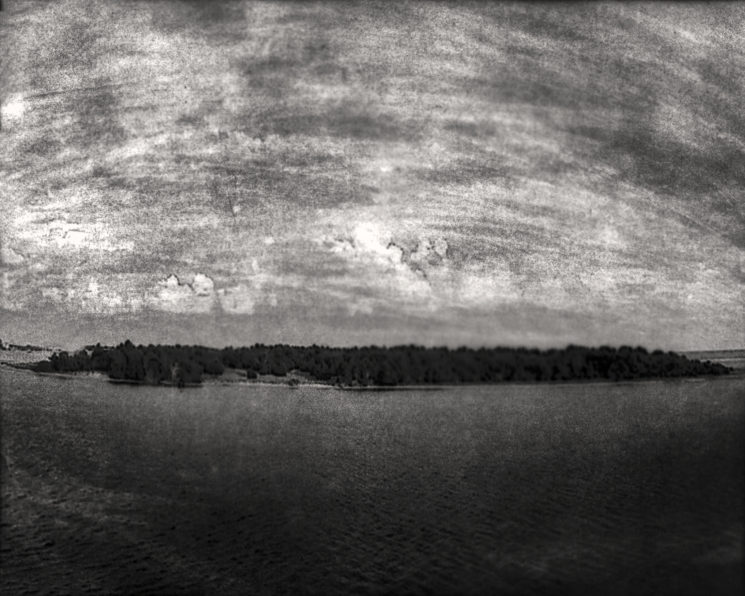 Marcus DeSieno wasn’t led by desire to travel and take landscape photos around the world. His vision is a bit different, and so is his approach. In our increasingly intrusive electronic culture, how do we delineate the boundaries between public and private? This is the question that originally led him into creating this project. We asked Marcus some questions about his work.

DIYP: How did you come up with the idea for this project?

Marcus: The invention of photography in the 19th century created a paradigm shift in human perception of our universe. With all of my photographic work, I’m interested in how this evolution of photographic technology has changed our understanding of landscape, place, and the natural world. It seemed to be an expected progression to look around and see the pervasive nature of our surveillance culture, and what that means to us as individuals living in this society. It’s an essential conversation in our post-Snowden world and I am interested in widening the discussion past the notion of privacy. How has this technology shaped us? In what ways has it shaped how we perceive the spaces around us? How has it confined us or conformed us? How has it altered our understanding of human geography? 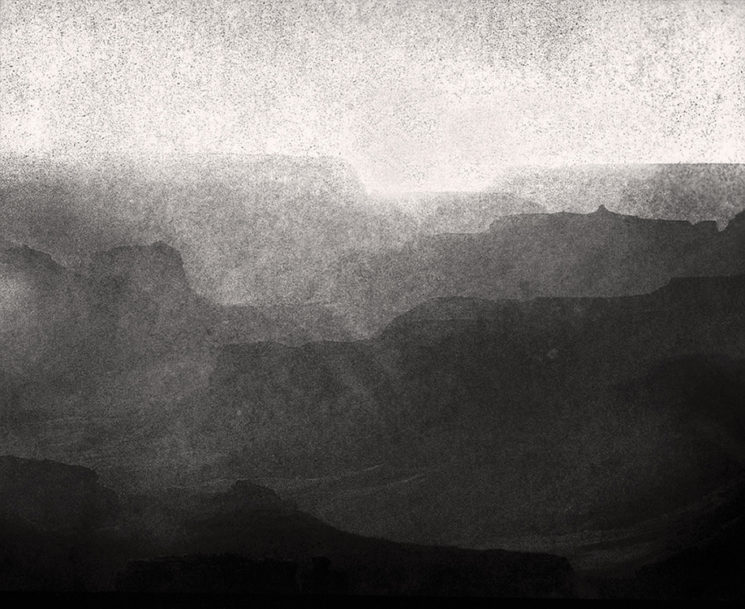 We don’t make art in a vacuum. We are influenced by the cultural, societal, political, and ideological forces that bare down on us everyday. I think I always make work about the things that have effected me in some way in my life. I was a teenager living in New York State on 9/11. After that day, it seemed that security meant sacrificing anything at any cost in the community around me. The very notion of any sort of surveillance culture was so pervasive that it became invisible and ignored amongst the business of everyday life. This is the space where I grew up with these unseen ideologies weighing down on a country irrevocably changed as we witnessed this spectacle of violence on that day. I first began thinking seriously about the nature of surveillance after Edward Snowden leaked the PRISM information. There was a time where I would take walks around the city I was living in and mark down any time I saw a security camera. From those walks a map of the city began to form and I began to think about the strategic ways in which the surveillance state operates and molds our collective spaces

So often, people’s concerns about surveillance fixate on privacy, but my interest is much broader than that. The surveillance camera is the signifier of dominance and power over us. It’s a perfect modern example of Michel Foucault’s metaphorical reference to the “panopticon,” the notorious prison design introduced by 18th-century philosopher Jeremy Bentham where all inmates can be watched by a single guard as there is the threat of a constant invisible surveillance. When we see a surveillance camera outside of a building, it is a sign that somebody is watching. It demands an authority. The camera itself creates a barrier – a wall – by its mere presence. You know that there’s some kind of prominence or importance to that place. How does this change how we look at these spaces? How do we use this technology to create a sense of control over our environments and land use?

As opposed to solely exploring issues of privacy, such as nanny-cams capturing the intimate and mundane moments of people’s lives, it seemed more interesting to me to look out at landscapes that were devoid of any humans. The melancholic images that I’m assembling speak to how this technology shapes our understanding of place, and evokes conversations around power, ownership, and perhaps an intended dominance over the environment. 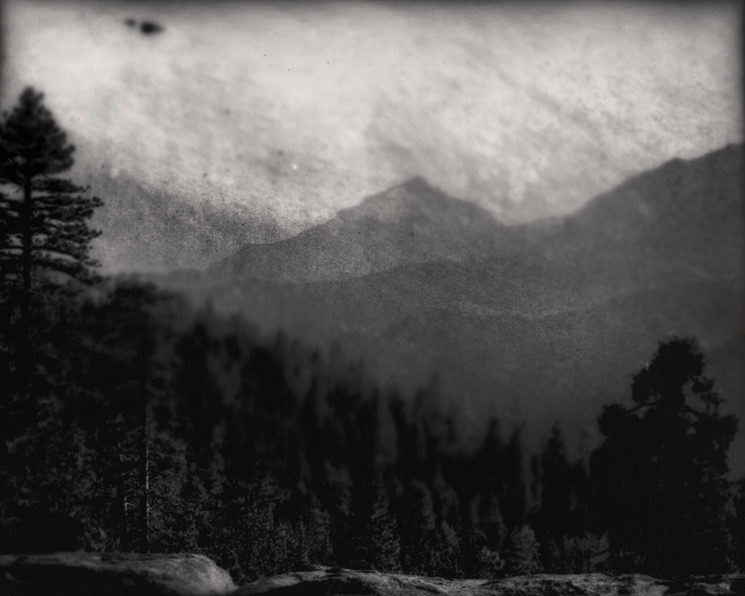 I find it ironic to find moments within the landscape that speak to the classical notion of the sublime, the terror and overwhelming might of nature, that Edward Burke spoke of in A Philosophical Enquiry into the Origin of our Ideas of the Sublime and Beautiful, and photograph those moments with these technological mechanisms of power and control. Attempting to capture the overwhelming forces and danger of the untamed wilderness with a visual technology that is meant to be used to subdue and subjugate then asks the audience what our relationships are to the spaces around us. How are we thinking about, using, or misusing the landscape? The sublime is a humbling reminder that humanity is not all-powerful, that we are mere specks within a much larger universe, yet the hubris of the technological age teaches us that we are masters over the natural.

The surveillance state is totalizing in its global reach and we must look at how this effects us from all perspectives. Nevertheless, the very act of someone surveying a site through these photographic systems implies a dominating relationship between man and place.

Ultimately, the landscapes in this work act as a larger metaphor for the totalizing reach of our surveillance state

DIYP: What’s the biggest challenge in this project?

Marcus: That’s a great question. Most people would assume it would be the actual hacking or tapping into surveillance cameras and CCTV feeds. It turns out that is shockingly easy. It’s actually made me acutely aware of just how vulnerable our virtual privacy is today. I’m no computer expert by any means, but there are step-by-step guides to virtually everything on the internet these days including hacking into surveillance camera and closed circuit television feeds. Additionally, there are vast communities on the internet that seek out, find, and share CCTV feeds from around the globe and I’ve certainly relied on them as a heavy resource. 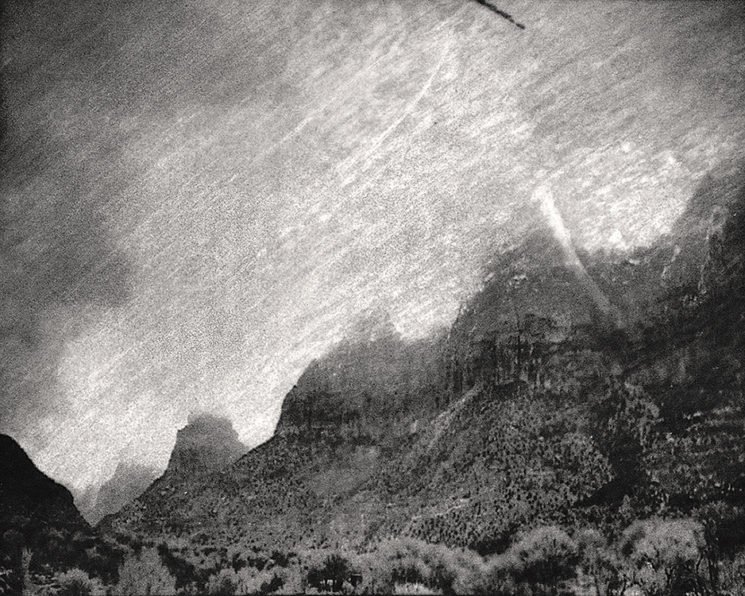 So for me the biggest challenge is actually editing and selecting, being a curator of this global surveillance state. I would say for sure that I have sifted through well over 10,000 cameras at least. When you’re dealing with this global network of surveillance the amount of imagery you have access to is unimaginably large, which is certainly terrifying in itself.

So I set up certain aesthetic parameters in the imagery I look for. I attempt to find vacant, isolated, and alienating landscapes. I’m specifically seeking out imagery that is soft focus, that has an impressionistic feel, that might have raindrops, grime, or dust on the lens. Through finding this imagery that abstracts the landscape in some way it can also speak to a history of landscape painting and create another layer to this work – another vector in which to consider the history of how we perceive the landscape.

Take a look at more of the photos of the Surveillance Landscapes project: 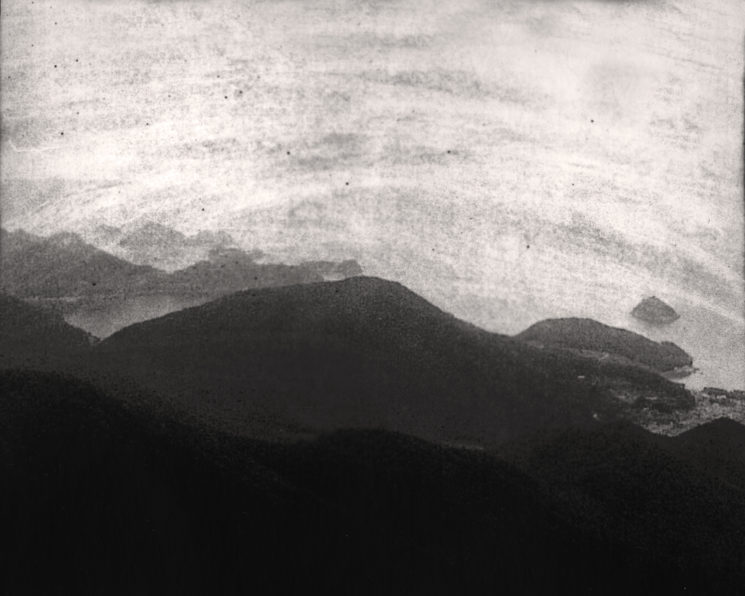 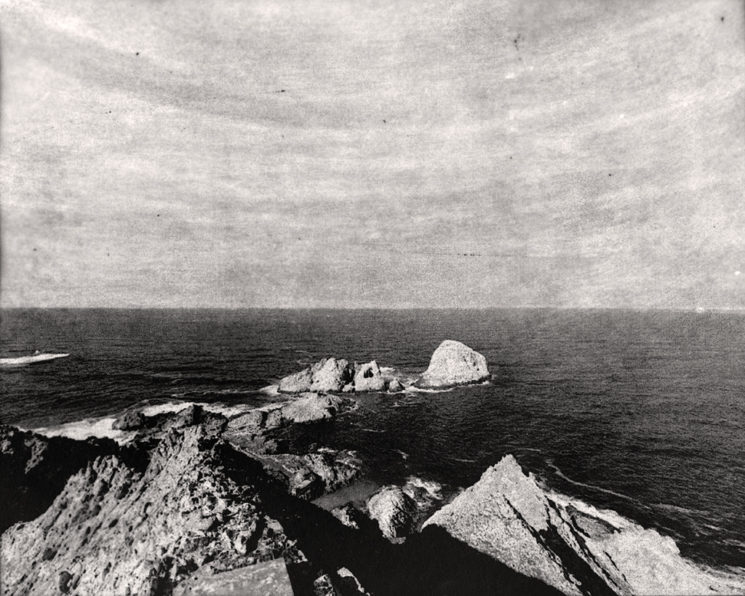 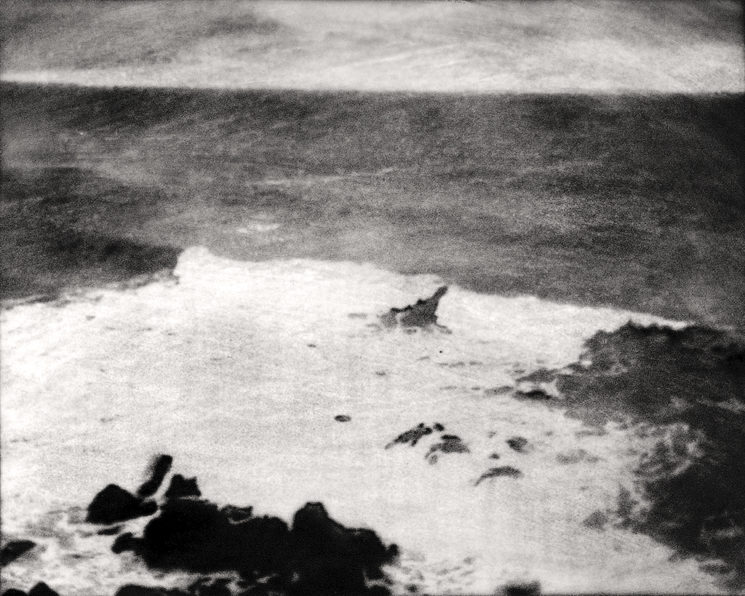 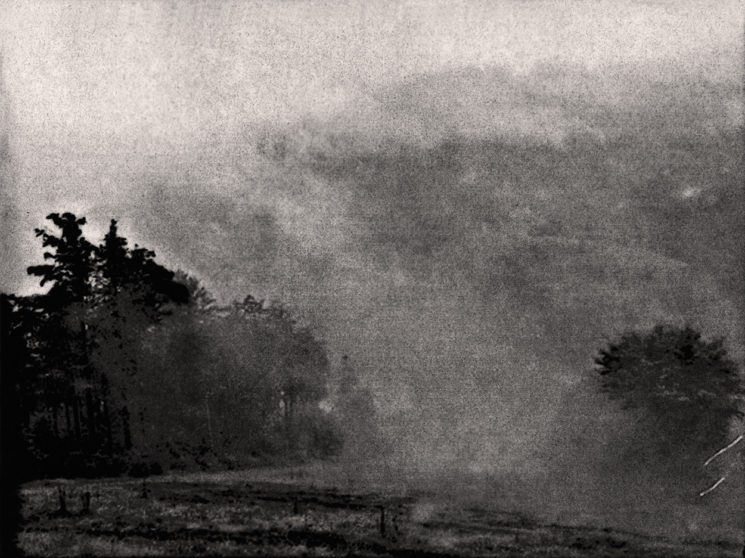 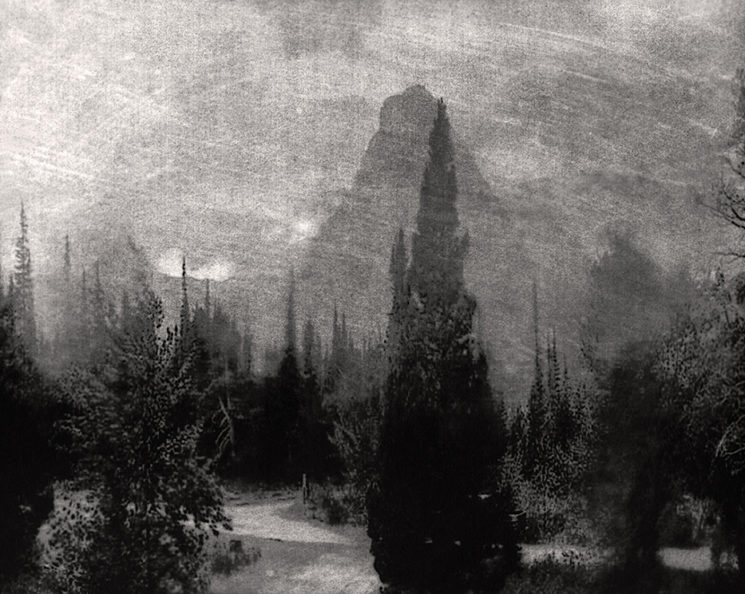 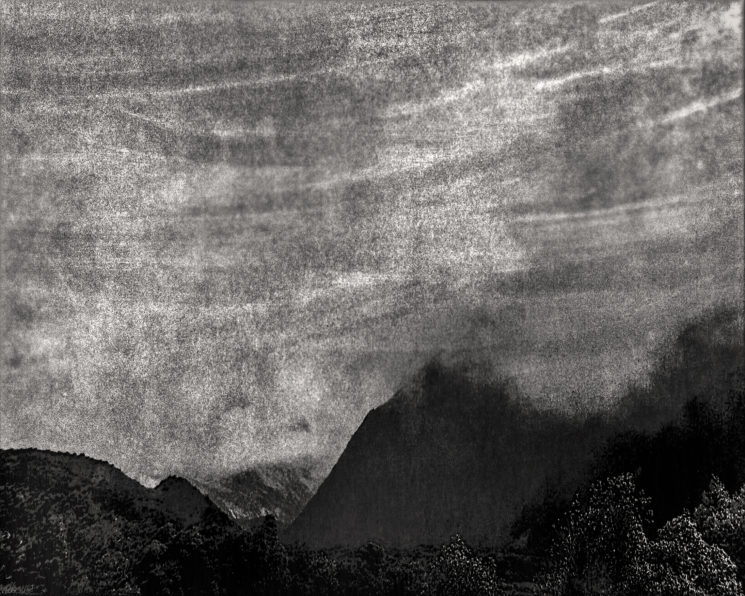 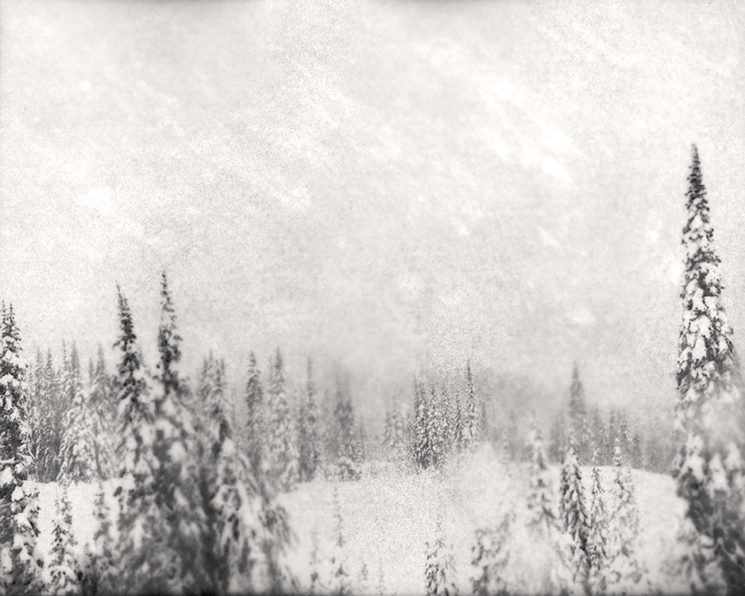 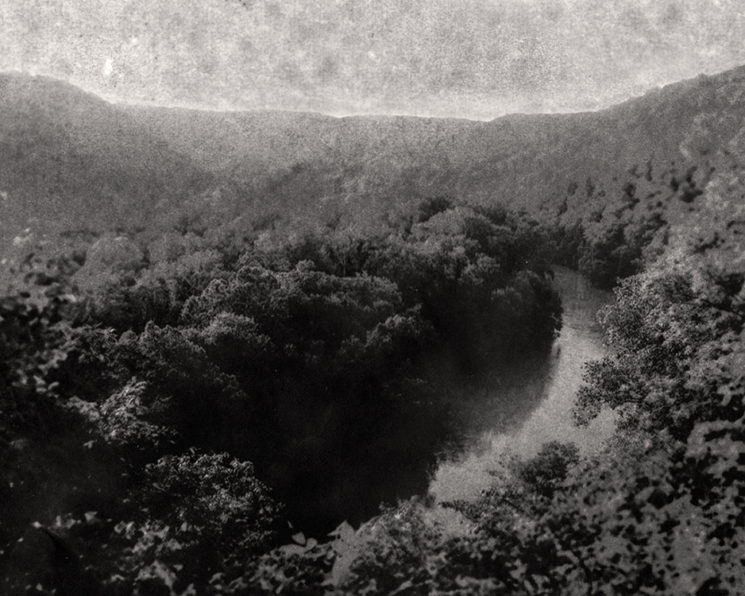 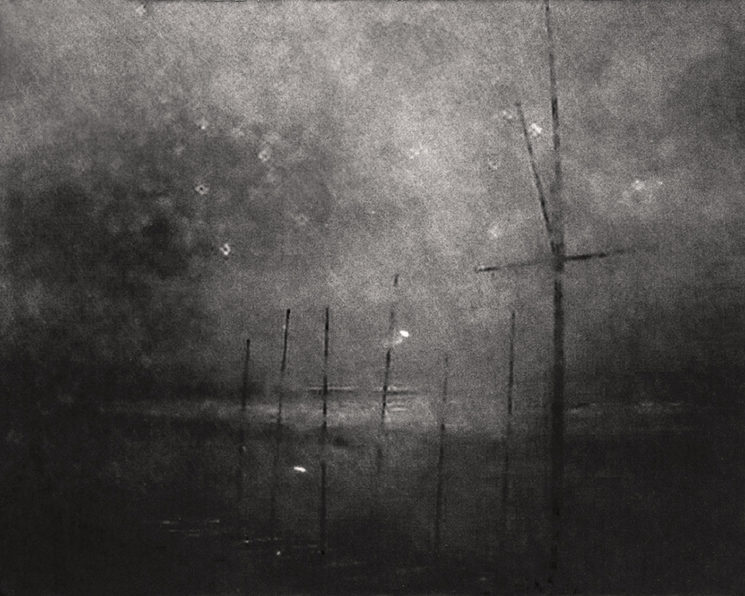 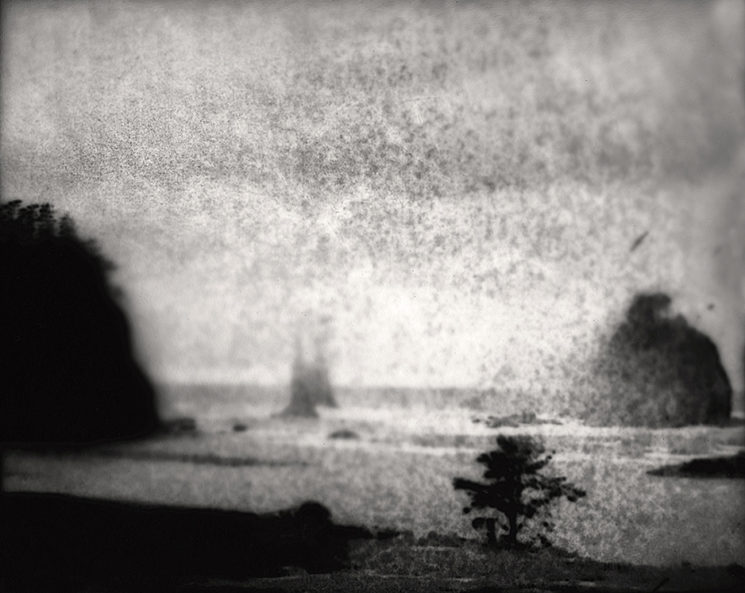 Marcus’ project is definitely one of the most unusual landscape projects I have ever seen. It combines strong artistic tone and mood of the photos from the first half of the 20th century. Yet, it uses something that is so 21st century, such as surveillance cameras.  For me, it feels like he puts our own time in the old days, creating a strong connection between different eras.

In the end, I’d like to thank Marcus for taking his time to talk to us and for sharing his fantastic project.

Marcus DeSieno is a lens-based artist who is interested in how the advancement of photographic technology has changed our relationship to the natural world. He often combines antiquated and obsolescent photographic processes with contemporary imaging technologies. His goal is to engage in a critical dialog on the evolution of the photographic medium in relation to seeing.

He received his MFA in Studio Art from the University of South Florida and is currently the Visiting Professor of Photography at Marlboro College in Marlboro, Vermont. For more of his work, visit his website, and if you’d like to see more photos from the Surveillance Landscapes project, you can do it here.

Quick Tip: How To Create Artistic Soft Photos With Any Camera