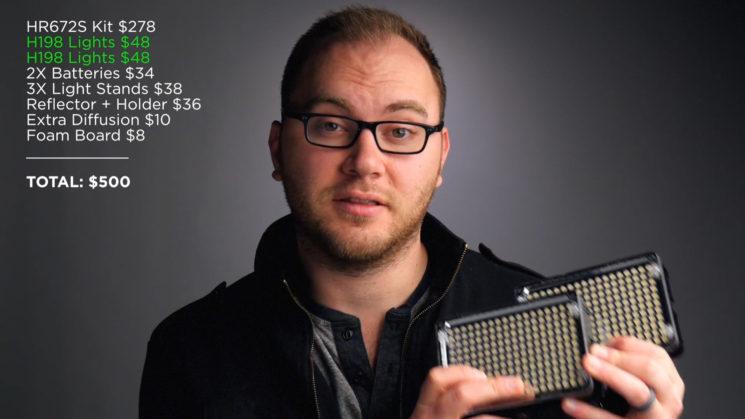 With as much competition as there is in today’s LED marketplace, it can be tough to know what’s worth buying. There’s so many models out there that look almost identical to each other (or are identical, but with a different brand name). CRIs are all over the place, as is colour balance. As a beginner looking to pick up your first video lighting set, you might not even know where to begin.

Caleb Pike at DSLR Video Shooter has been doing some comparisons recently for lights at different budgets. In his newest video, he puts together a complete beginner LED lighting kit for video. It’s a pretty versatile set of gear, and offers many options to get you up and running without breaking the bank.

Ok, so that’s a hair over the $500 budget at current prices, coming in at $512. But, you can easily save that much by shopping around and looking for deals. The Aputure Amaran HR672S is over half of that cost and deals do pop on those fairly regularly.

The HR672S is generally going to be the key light source as it’s the most powerful of the three. It comes as a kit including a carry case that contains the light, a power supply, remote control, a pair of large batteries, a mount and a tungsten gel filter. 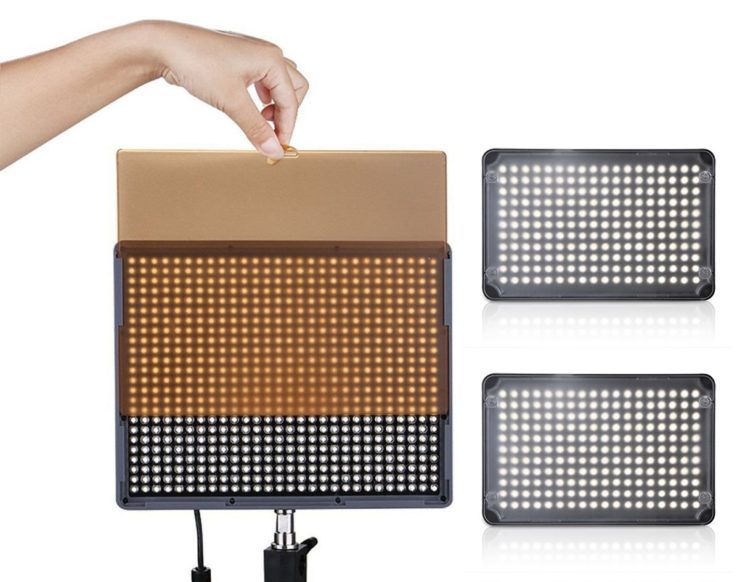 The H198 LEDs are smaller, less expensive, and make great fill, rim, background or accent lights. One thing to note, though. If you want the most power, get the daylight balanced ones, not the variable colour temperature ones. Yes, being able to control the colour temperature via a dial is very hand, but that convenience comes at the cost of power. The daylight one will provide much more power when you need 5600K, and when you need tungsten, you can just use the gel filter.

Cheap light stands like those shown in the video aren’t super heavy duty, but the lights aren’t exactly heavy, either. They’ll easily support the weight of these LED panels. The worst thing that can happen is that they might blow over if you’re filming outdoors, but that’s what sandbags are for.

The setup will also work for photographs, too. 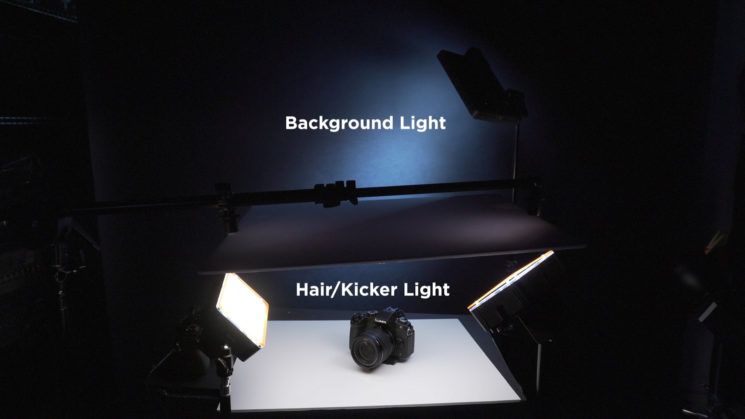 I wouldn’t expect to shoot fast moving subjects with it, though. Where it will excel is with still lifes and product shots. With the camera placed on a tripod and using a remote trigger to prevent knocking the camera during the exposure, you can get great sharp shots.

At times when diffusers and reflectors might be impossible to use, another inexpensive way of diffusing an LED panel is with a softbox. It won’t make it extremely large, but it will help to even out the light. One such option is the Kamerar D-Fuse at around $30, which fits perfectly on the Aputure Amaran HR672S.

What other inexpensive lighting kit do you use?

The complete LED lighting kit you can get for $150