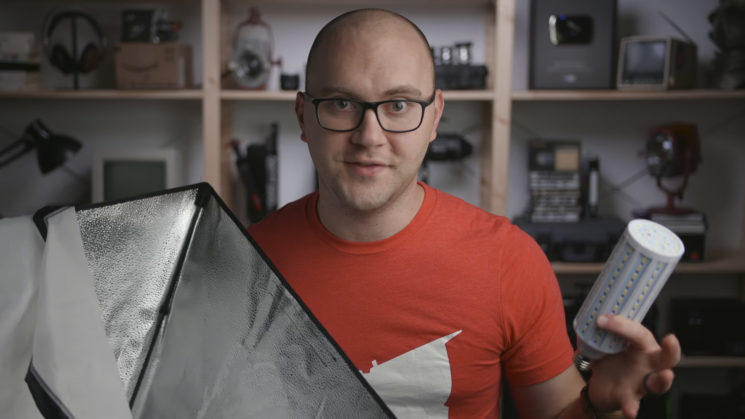 I remember when LED lights first started to become a real thing for video a little over a decade ago. They weren’t even close to full spectrum, would introduce all sorts of colour casts, were huge, dim and had price tags starting in the thousands.

Since then, though, LED technology has come a long way and the prices have dropped dramatically. How dramatically? Well, in this video from Caleb Pike, we see a 2-light LED lighting kit for video, including a softbox, that costs less than $100.

The complete kit is pretty extensive for what you get.

Even if you don’t find a great deal on the small LED panel, it still comes in at under $100. If you can find one of those $7 deals Caleb mentions, you down to around $70. The overall look from the lights isn’t that bad, either, especially when you take the soft light into account coming from the front of that softbox.

Here’s a comparison of the ambient room light vs the cheap LED setup. 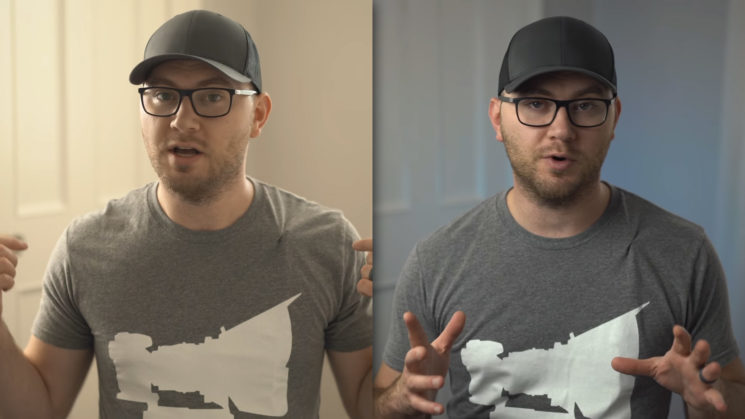 Sure, it’s not going to be as good as something like a Spekular kit, but when you’re on a super low budget, it’s all you really need to get up and running. My LED setup just used to be a couple of Neewer branded Godox LED lights (I went with the Neewer branded ones because they were half the price), and they worked great. And even though I now have Spekular LEDs, I still use those Neewer/Godox LEDs for rim and background lights.

That’s one of the great things about continuous lighting kit. You don’t have to worry about trigger compatibility and all the rest of it. They just need to be able to put out a light that’s decent enough for the task at hand. Plan it well, start off with a small kit like this, and you’ll still be able to keep using them for something even after you upgrade to bigger, brighter and more accurate units in the future.

The best LED video lighting kit you can get for $500