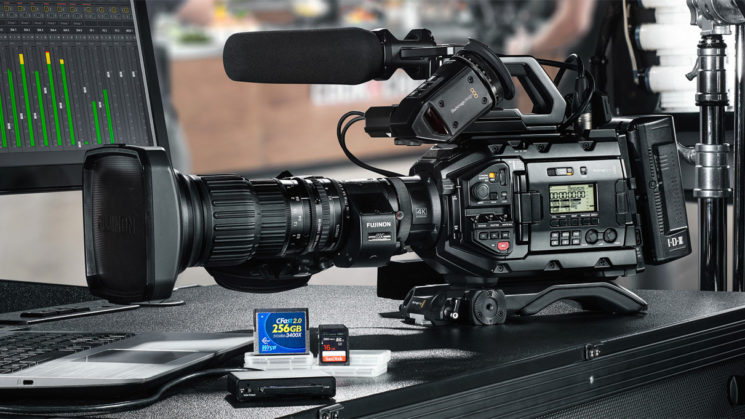 The advancement in camera technology is pretty astounding. I remember only a decade ago shooting with great big standard definition Sony DSR500 broadcast cameras that were £7,000 a piece for the body alone. Now, here we are with 4K UHD monsters that have so much higher quality, detail, colour and tone, it’ll make your head spin. And they’re here at less than half the price.

Blackmagic have today announced their new URSA Broadcast camera for TV and the web. Retailing for a mere $3,495, it’s a very attractive looking piece of kit. It offers B4, PL, EF and F mount lens options, and four memory card slots. It will output to 12Bit DNx145, DNx220X, ProRes and even RAW video for many broadcast and editing workflows.

Skip to 23:22 in the video if it doesn’t start playing there automatically. 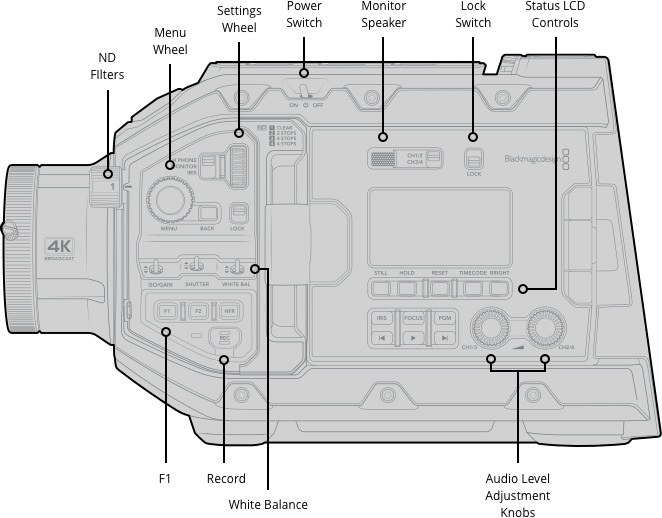 Even though the camera comes supplied with a B4 2/3″ mount, you can buy optional mounts to swap out. These include PL mount, Canon EF mount as well as Nikon F mount.

Blackmagic say their goal is to make upgrading broadcast systems to 4K UHD affordable. Many studios are operating on lower budgets. To upgrade all the stuff they upgraded to 1080p only a few years ago is far too cost prohibitive for all but the biggest studios. Sure there are plenty of 4K cameras out there now that are quite inexpensive, but broadcast cameras have some specific needs that other systems simply don’t cater to. 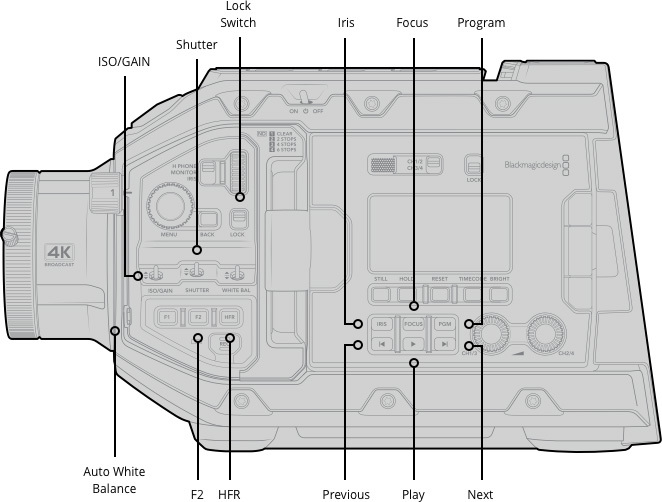 For example, most broadcast cameras covering live events, or even recording many shows, they don’t want huge sensors with super shallow depth of field. You can’t really afford to have your focus puller hunting to hit their mark in the middle of a shot. So, the URSA Broadcast uses a smaller sensor than their cinema range. This sensor is the so-called 2/3″ format, which means around a 4x crop factor.

So, even with EF or F mount compatibility, you’re not going to be sticking your Nikon or Canon glass on here and seeing the same thing. You’re going to see a pretty small portion of the centre. A 50mm lens will give the field of view more equivalent to a 200mm lens on a full frame sensor.

Still, for broadcast, its intended market, it will be perfect. Even for web videos simply talking to the camera or event coverage, this would be ideally suited with such a small sensor offering more depth of field and room for subjects to move. 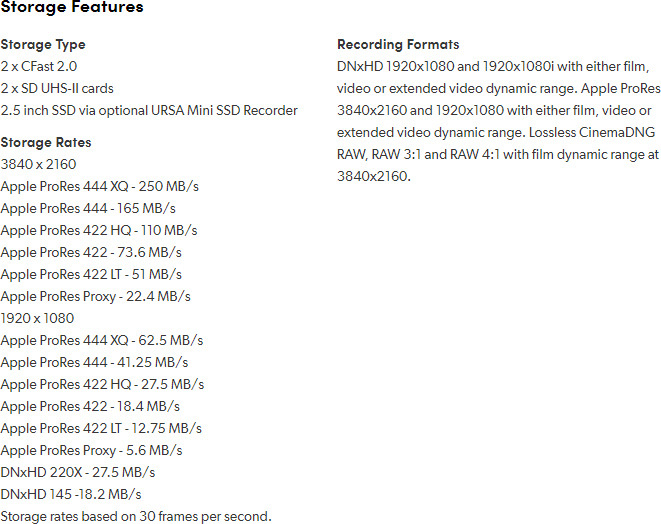 The camera has four memory card slots built in, 2x CFast 2.0 and 2x SD UHS-II, as well as the option to add a 2.5″ SSD via an optional recorder. It shoots both 4K UHD in Apple ProRes, as well as the previous 1080p HD standard in both ProRes and AVID DNxHD formats. These offer various levels of compression and capability depending on your needs. 4K UHD also offers lossless CinemaDNG RAW for maximum quality output 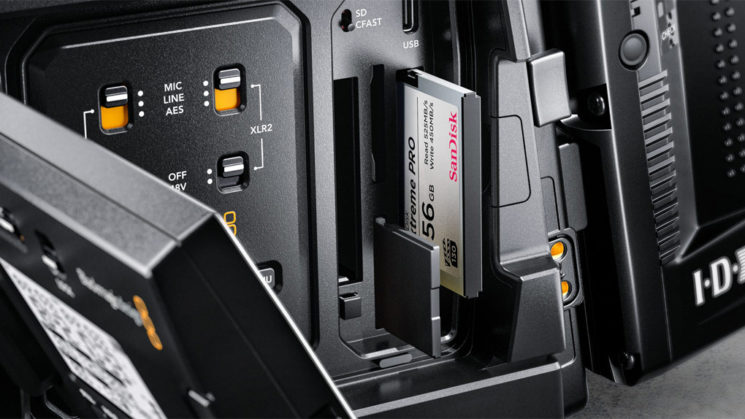 That 4:4:4 output should also prove extremely useful for anybody out there shooting green screen or any other kind of chroma key work. And if you’re not sure why, check out this post where filmmaker Griffin Hammond explains why 4:2:2 was such a big deal for the Panasonic Lumix GH5.

I’ve never really thought about stepping up my video game to an actual camera designed for video before. I’ve tended to be quite happy with the DSLRs and mirrorless cameras I typically use. But as I find myself shooting more video, especially for things like interviews, event coverage and spoken pieces, this is exactly the kind of camera that would be ideally suited to that.

I think I might have to hold off on DSLR upgrades for a couple of years and get one of these for video instead.

The Blackmagic Design URSA Broadcast is available to buy now for $3,495 on the Blackmagic website (you’ll have to scroll all the way down). There’s also a bunch of accessories available, too, including the other lens mounts, viewfinders, and various doohickies.